‘Dreamed Japan, Images of the Floating World’, the Immersive, Lyrical Exhibition on Display in Paris 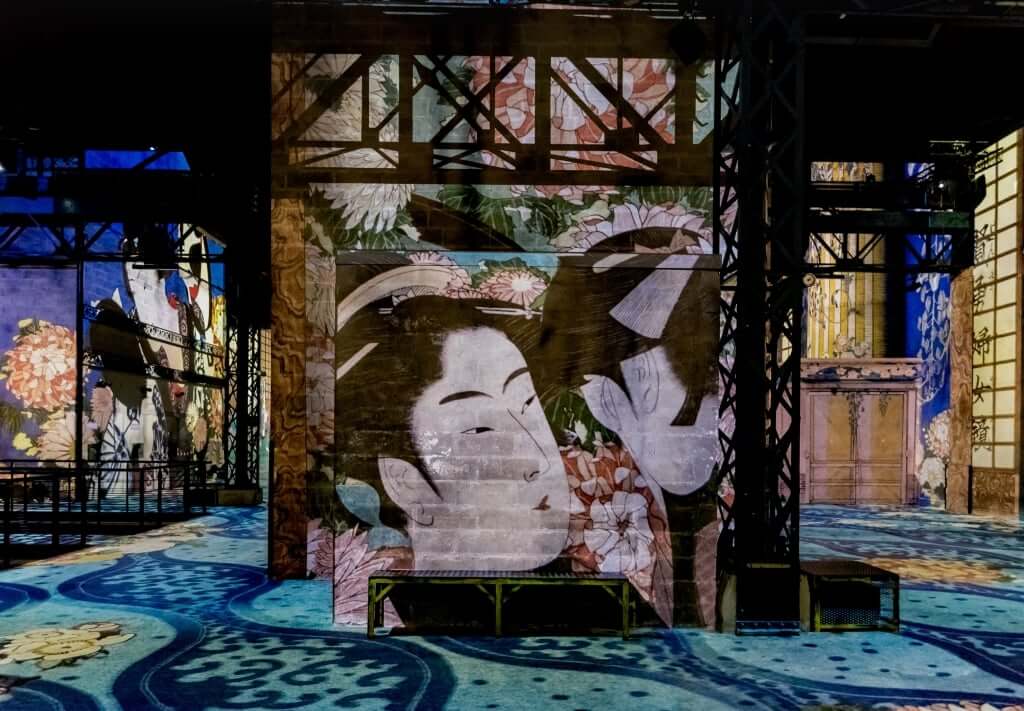 Open for just over a year, the Atelier des Lumières in Paris has been winning over viewers thanks to its dreamlike exhibitions that bring together art and digital technology in a subtle combination. After paying homage to the work of Gustav Klimt, Paris’s first digital art centre showcases the work of tortured genius Vincent Van Gogh. This is the main exhibition at the moment, but it’s accompanied by two other exhibitions including ‘Dreamed Japan, Images of the Floating World’ by Lucia Frigola, Cédric Péri, Sergio Carrubba and Paola Ciucci, the masterminds behind Studio Danny Rose.

Like a voyage to the Japan of the collective imagination, ‘Dreamed Japan, Images of the Floating World’ depicts spirits, geishas and even samurais who captivate the audience through their lyricism and elegance. And with good reason: this creation is inspired by the emblematic Japanese prints that became known in Europe during the second half of the 19th century, when commercial exchanges began between Japan and the West. These prints would go on to have a strong influence on the art world, and especially the impressionist and avant-garde movements, but also Art Deco, music and dance.

Out of all of these artists, Van Gogh positioned himself as an artist of the Japanese tradition even before the term ‘Japanism’ emerged in art criticism in 1872. ‘Dreamed Japan, Images of the Floating World’ therefore directly echoes the work of the Dutch painter. The Danny Rose art studio has brought these prints to life thanks to its extensive use of flower, fan, fruit and wave patterns, precise employment of lines and colours, and cleverly thought out light play.

This ephemeral, contemplative ballad leaves the viewer time to admire cherry trees in bloom, an enchanting forest, kimonos coming to life, Japanese folklore and Hokusai’s iconic Great Wave, which is still fascinating the art world today. This digital work is accompanied by a very carefully chosen soundtrack, which ranges from the music of the renowned Ryuichi Sakamoto to Claude Debussy, one of the best-known French composers of his time, and who was notably behind the beautiful yet melancholic ‘Clair de lune’.

Thus, Studio Danny Rose offers a broad overview of the diversity, modernity and beauty of the Ukiyo-e art movement, which continues to influence contemporary art. This exhibition reflects a collective endeavour that unites musicians, plastic artists, actors, code artists and 3D designers who, together, breathe new life into and enhance a dreamed Japan. Known for its immersive audiovisual works, the creative studio, made up of multidisciplinary artists, is continuing its rise thanks to this latest artistic success.

You can discover this new exhibition until 31st December 2019, on display in a former foundry that dates from 1835 and was renovated in 2018. It has two projection spaces: the Halle, which is 1500m squared, and the Studio, which is 160m squared. There are 140 video projectors and 3300m squared of projection surface from floor to ceiling and 50 speakers, all of which are running seven days a week. 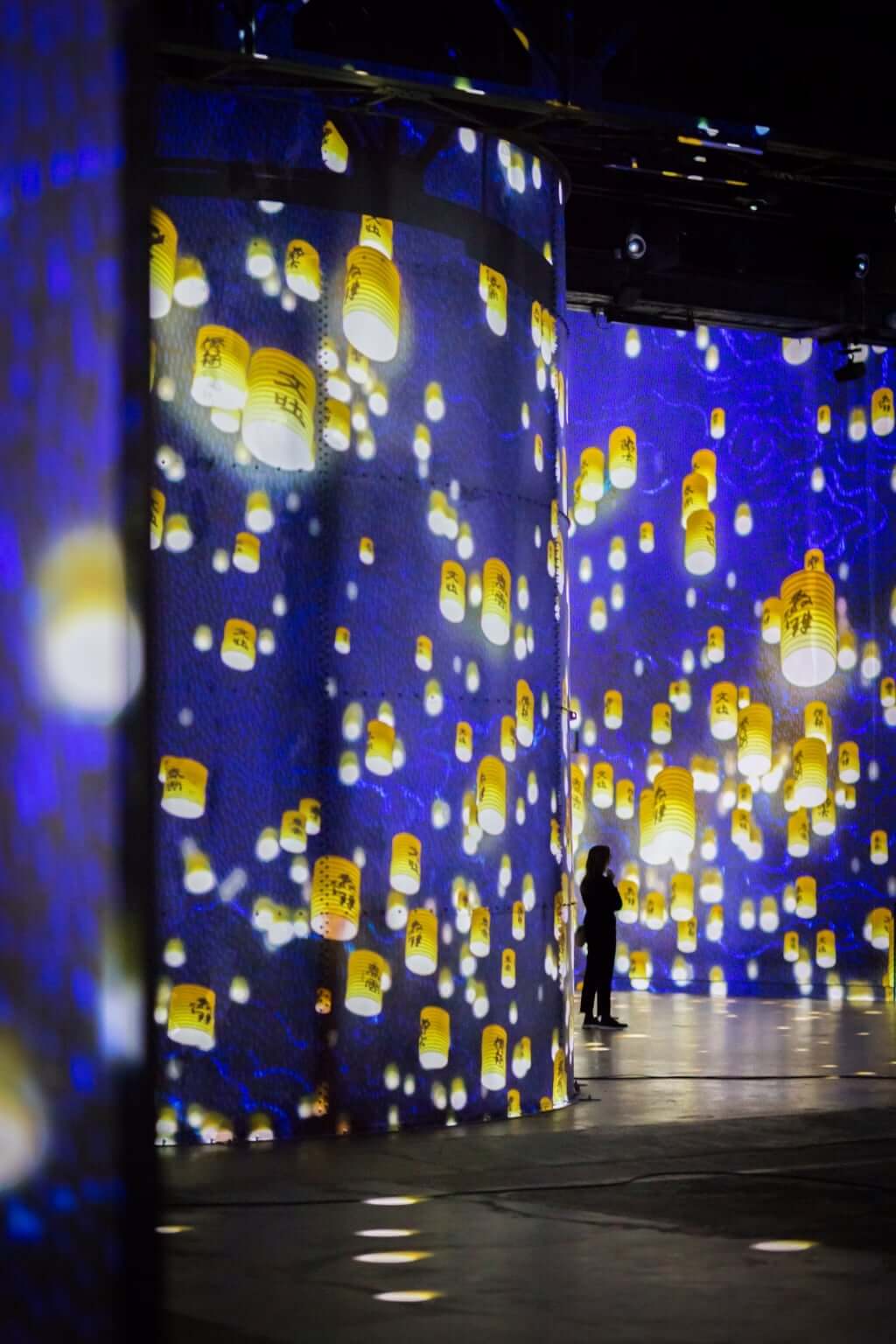 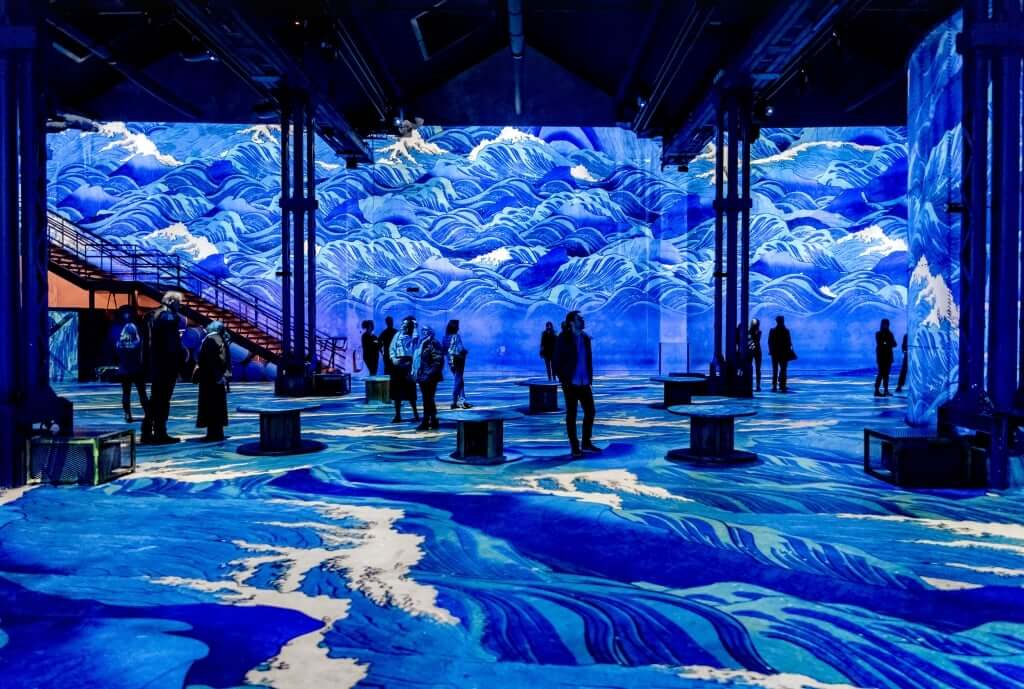 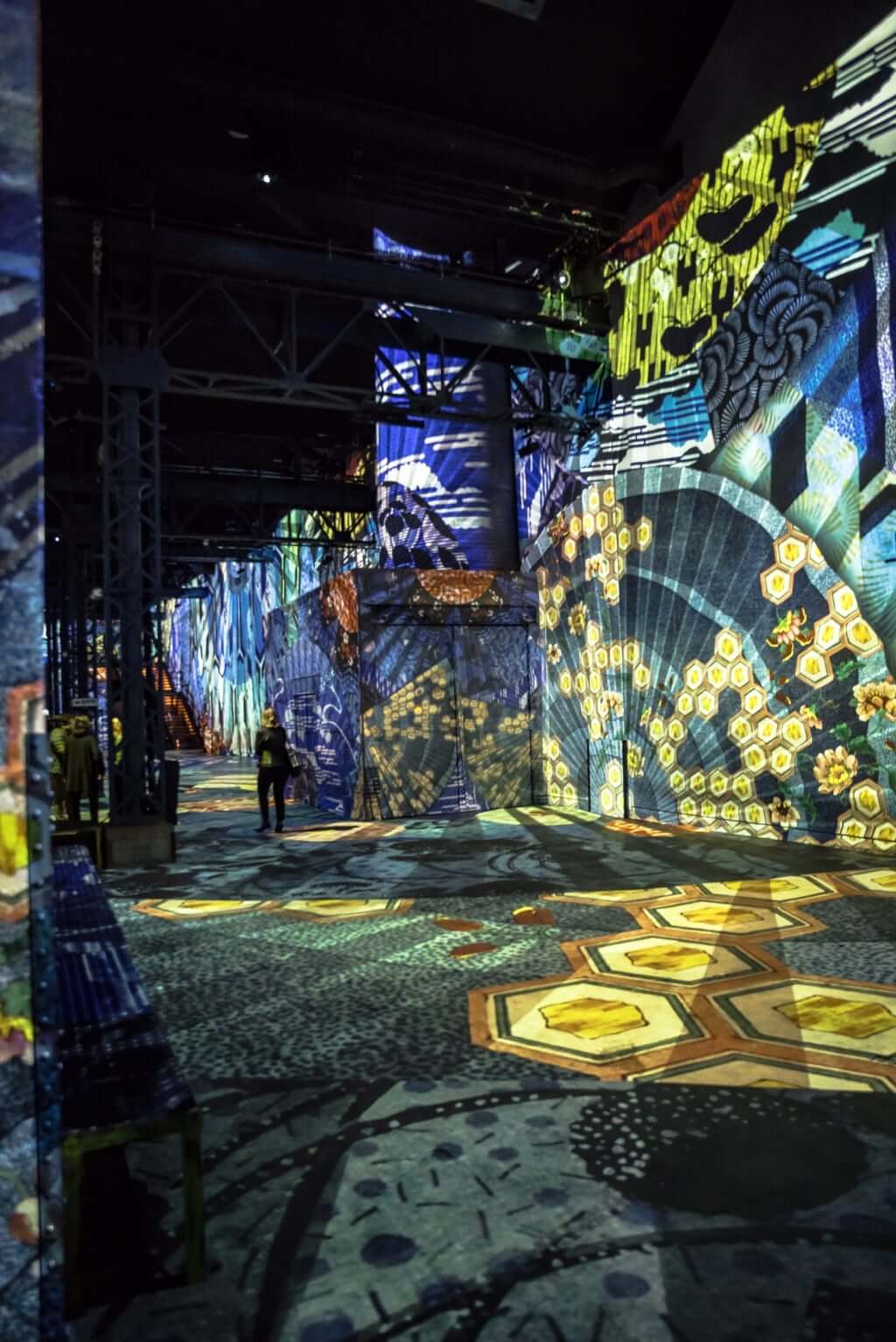 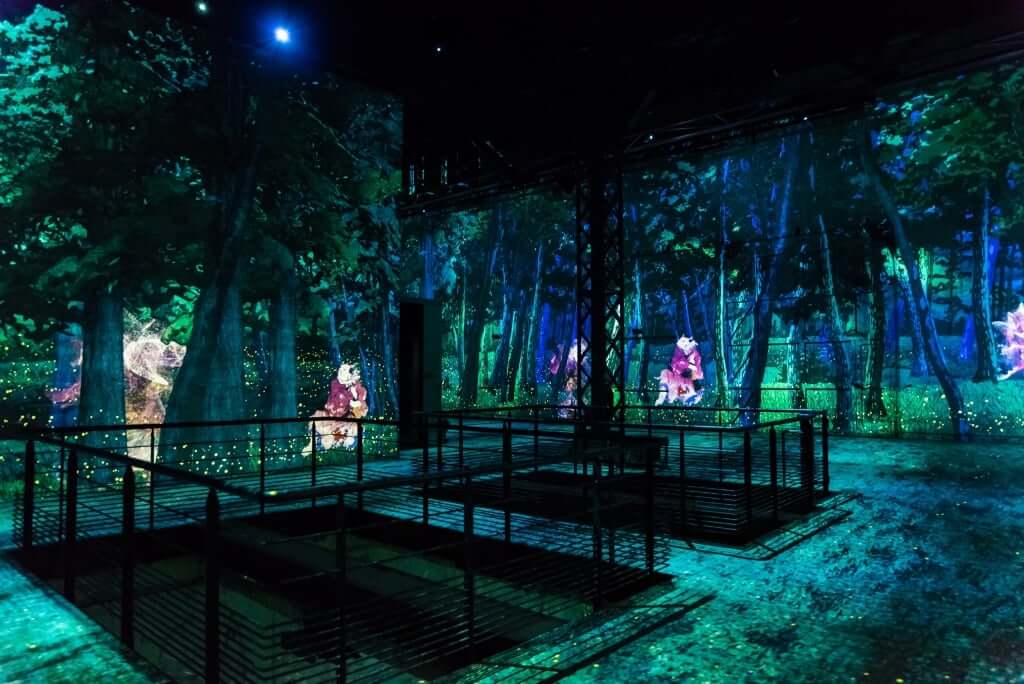 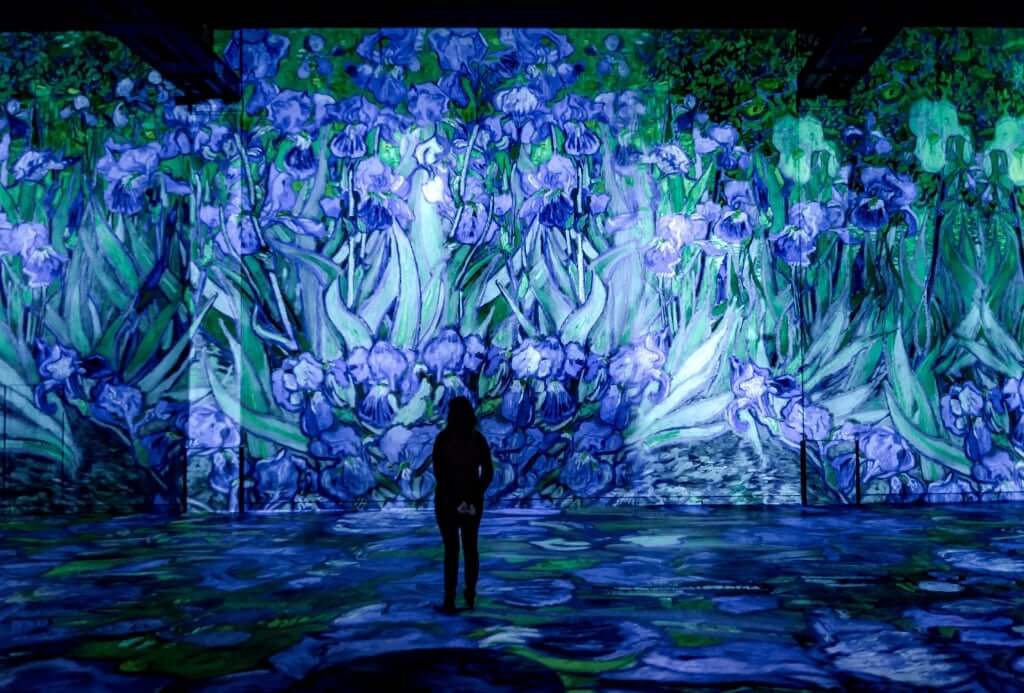 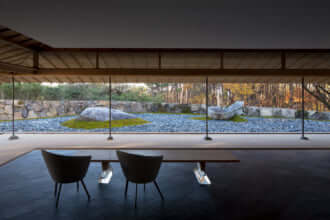