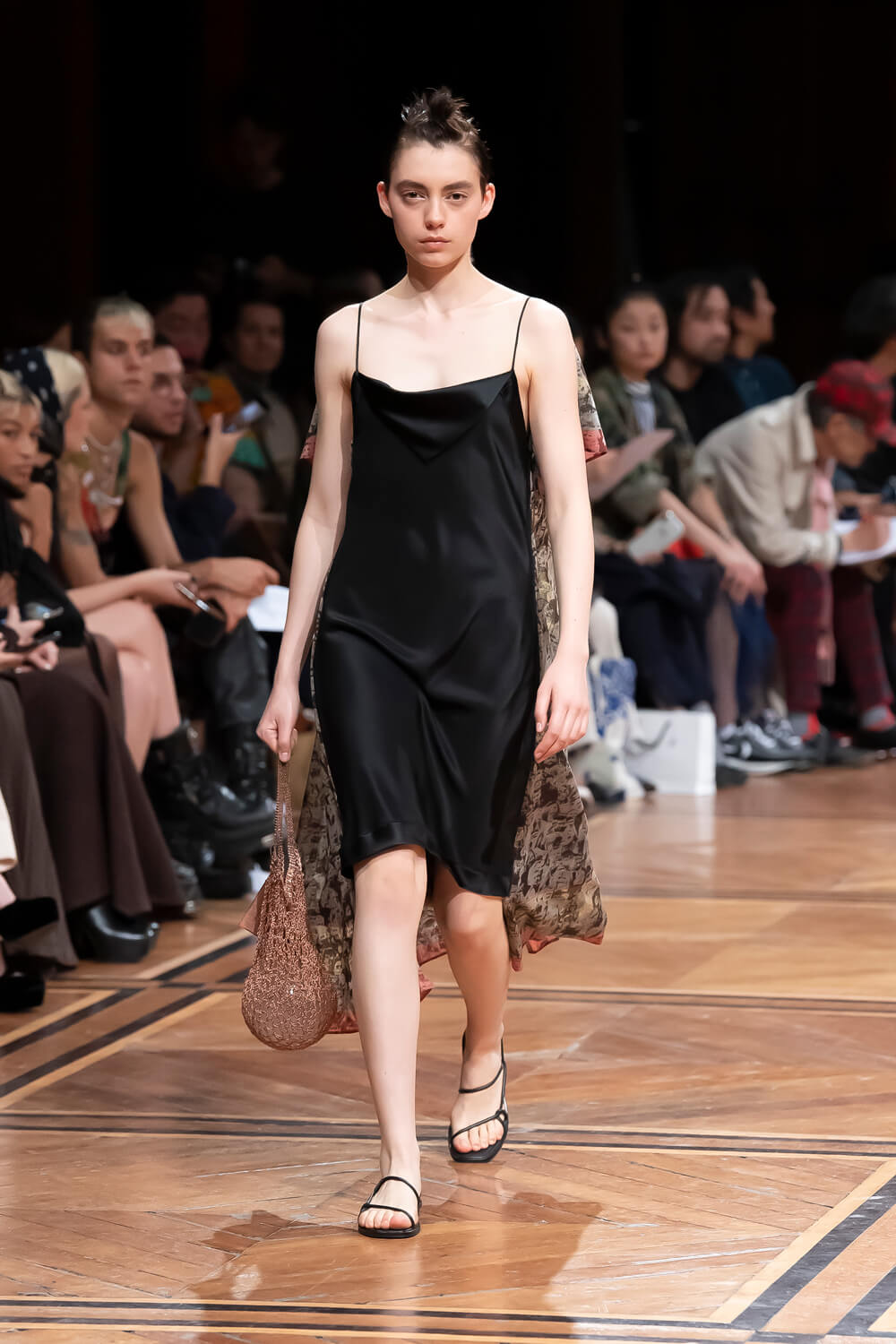 With its romantic yet nonchalant silhouettes, Beautiful People is captivating the fashion world. Its unusual runway presentations, during which artistic director Hidenori Kumakiri shows all the particularities and possibilities of his creations to the audience and just before the show, offers a subtle blend of ingenuity, poetry and craftsmanship.

Launched in 2007 by Japan native Hidenori Kumakiri, Beautiful People declares itself a luxury brand and has a tendency to blur the boundaries between the ordinary and the extraordinary. A graduate of Bunka Fashion College in Tokyo, the designer started out as a pattern maker for Comme des Garçons, where he worked for ten years. In 2004, Kumakiri decided to create his own business called ‘Entertainment’, specialising in patterns and clothing production. Three years later, aged just 32, he launched his fashion label, named ‘Beautiful People’.

‘Creating beauty for beautiful people to help them express themselves’.

This is one of the creator’s primary motivations, he tells us. Before starting each collection, he says that he seeks to find ‘a middle ground between opposing ideas’.

Kumakiri brings together child and adult, man and woman and even the facing and lining of a garment. This concept notably gave rise to his collection ‘kids series’, which presents childlike silhouettes but created for larger sizes, dedicated to adults. Success came quickly, and the concept, admired by the fashion world, became the brand’s flagship product.

Last September, Beautiful People presented its latest collection ‘Side C vol.3’. Based on the idea of bespoke garments, the aim was to create a new space between the facing and lining of a garment. To achieve this, Hidenori Kumakiri designed a specific piece with three holes which allow the individual to change the side when they wish. ‘You can’t tell which side is A and which is B’, he explains.

‘For this new Spring/Summer 2020 collection, I created a fabric with three holes and discovered 24 ways to wear it. Through these creations, I wanted to explore themes linked to climate change and, to add a slightly more poetic and less alarming side, I also explored sky-coloured palettes’, Kumakiri explains.

This ingenuity with garments is without doubt the characteristic feature of Beautiful People. In today’s world, mass overconsumption is continuing to evolve while the textile industry is the second-biggest polluter in the world. Hidenori Kumakiri offers simple, aesthetic solutions which present real creative answers to these problems in the fashion world.

‘For me, fashion is like an adventure. I draw much of my inspiration from the shapes that surround me on a daily basis. Then I find a technical challenge, I observe the structures at length, I do extensive research, and only then do I create a more precise shape’, the creator adds.

His conceptual vision of the garment and his use of intelligent fabrics quickly won the hearts in Japan. After conquering the Japanese and Korean markets, the designer is now targeting international visibility. To achieve this, the Japanese brand made its way into the official Fashion Week calendar and arrived in the French capital in March 2017. Following its success, Beautiful People now has over 80 multi-brand clients and five points of sale in Japan (three in Tokyo and two in Osaka). Its first flagship store, which opened in 2011, was also created by world-famous architect Masamichi Katayama.

Beautiful People represents the desire to combine technology, clothing and innovation. The silhouettes reflect Hidenori Kumakiri’s creative intelligence, and he is now one of the biggest names in contemporary Japanese fashion. To get a closer look at his work, visit Beautiful People’s Instagram account. 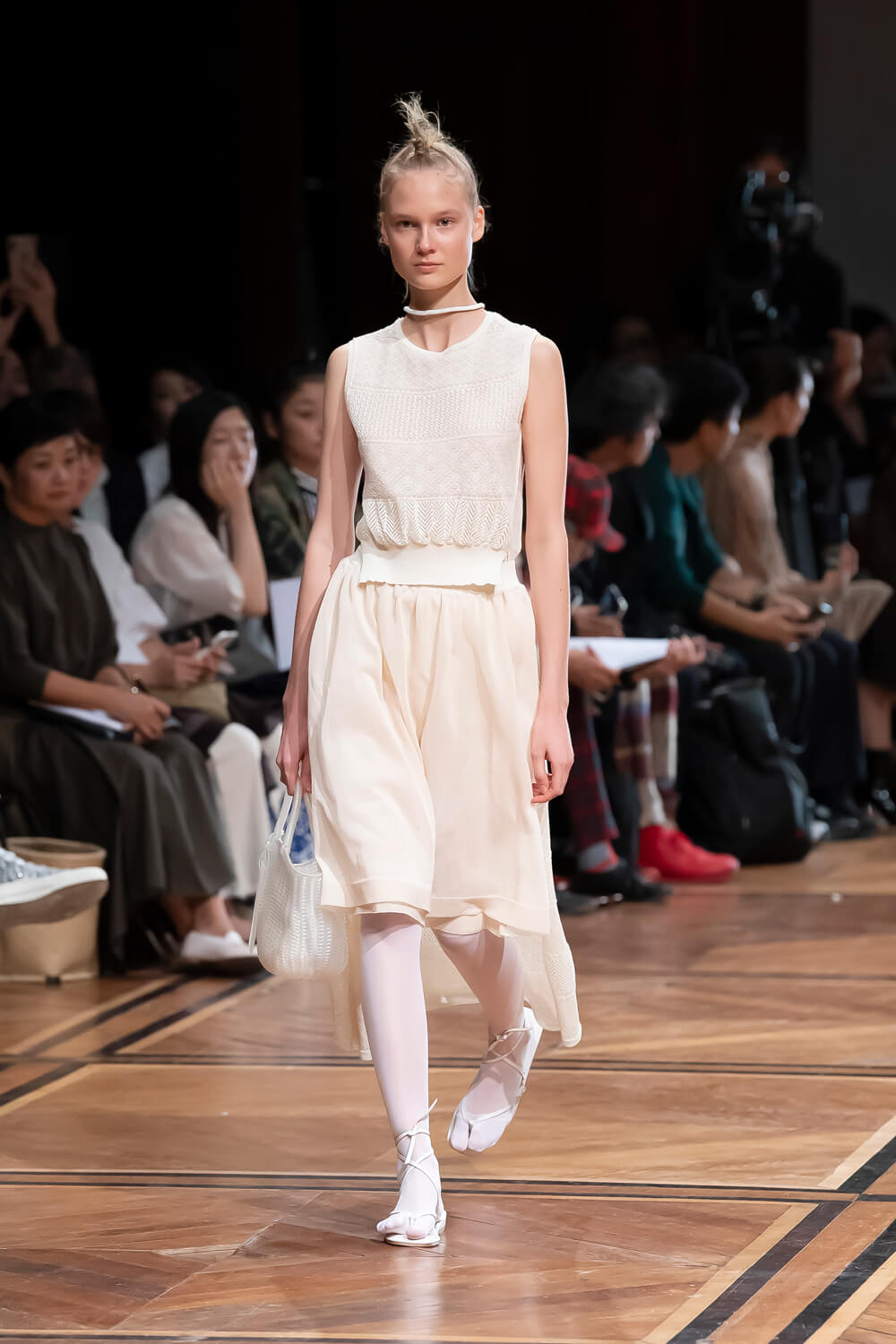 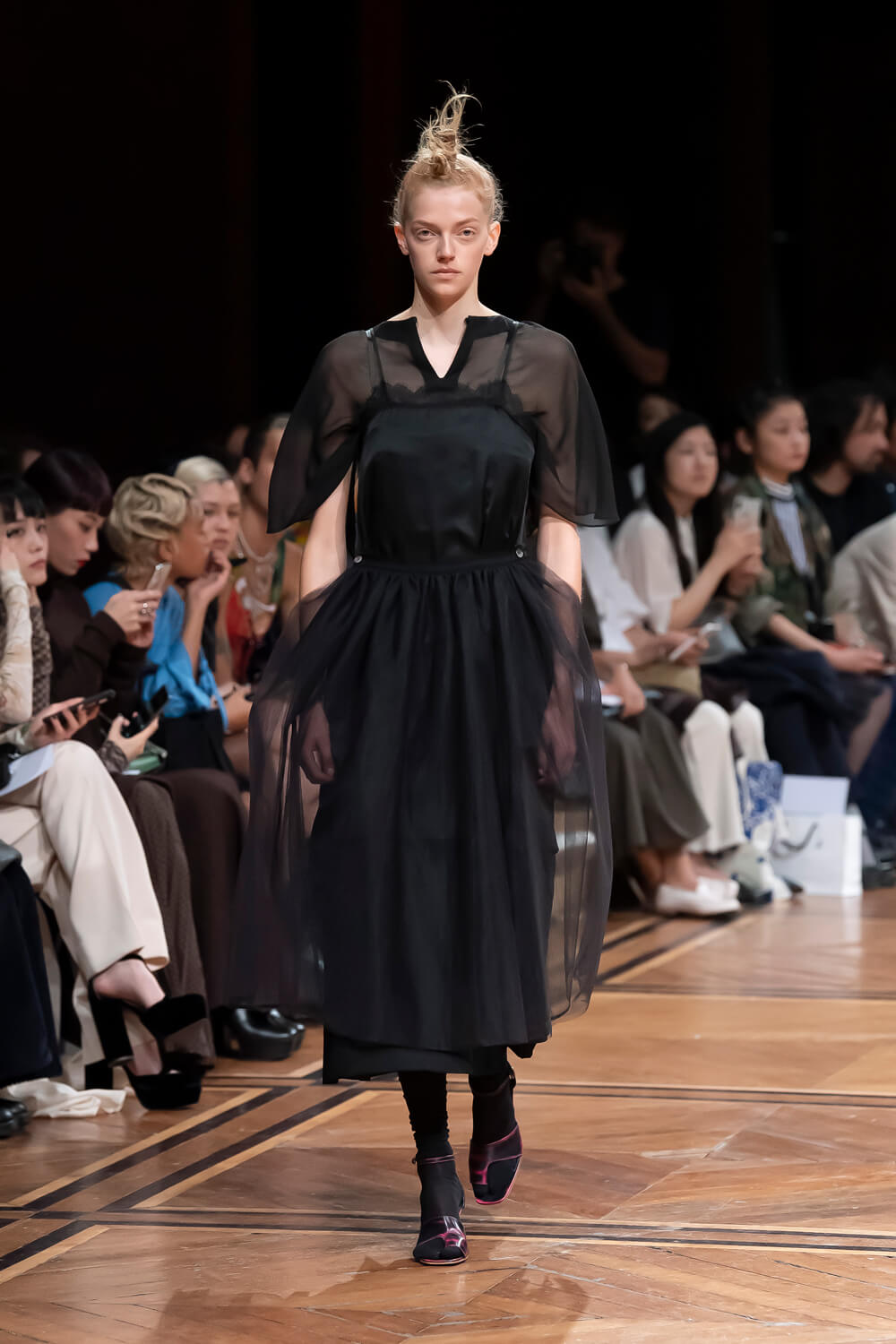 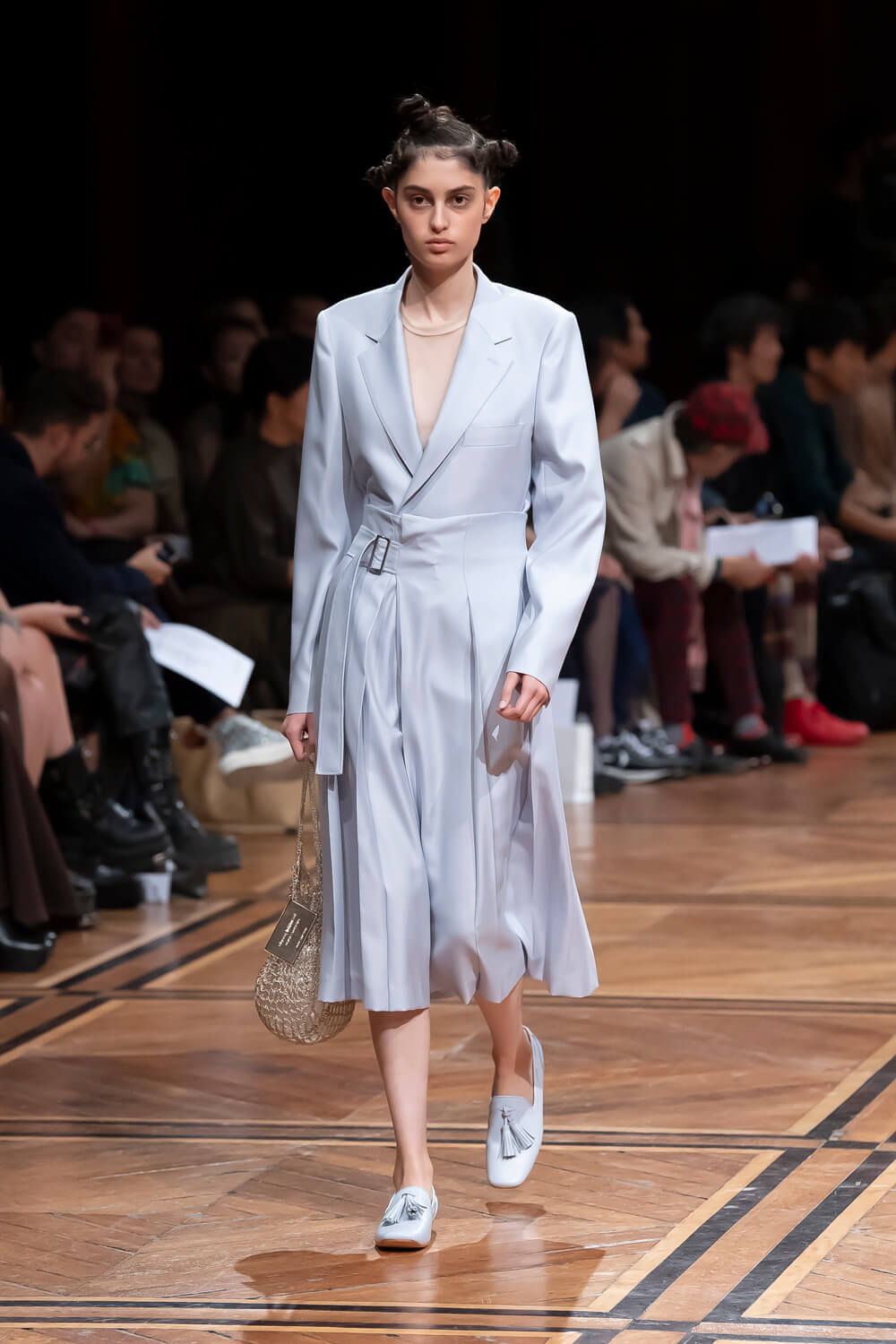 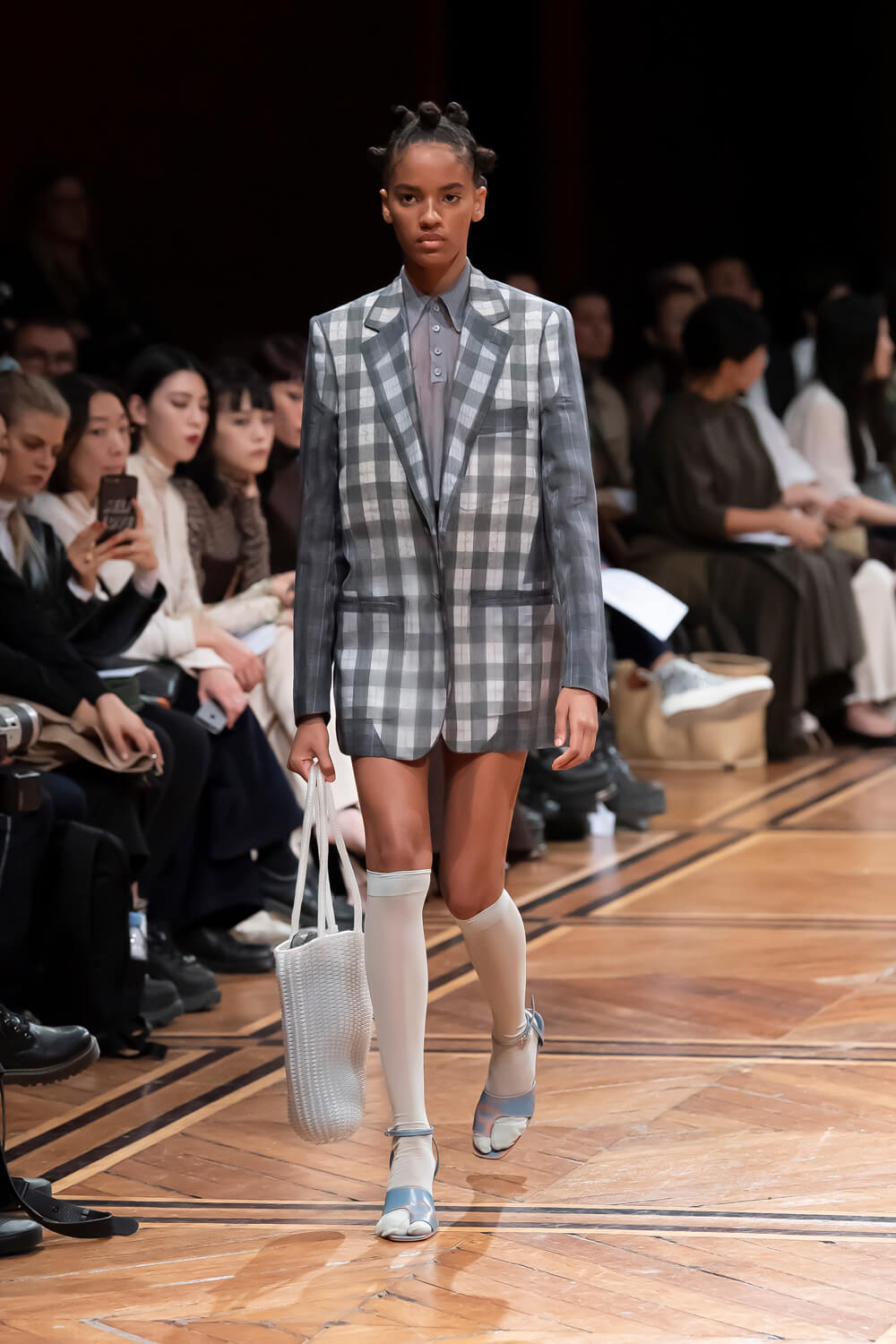 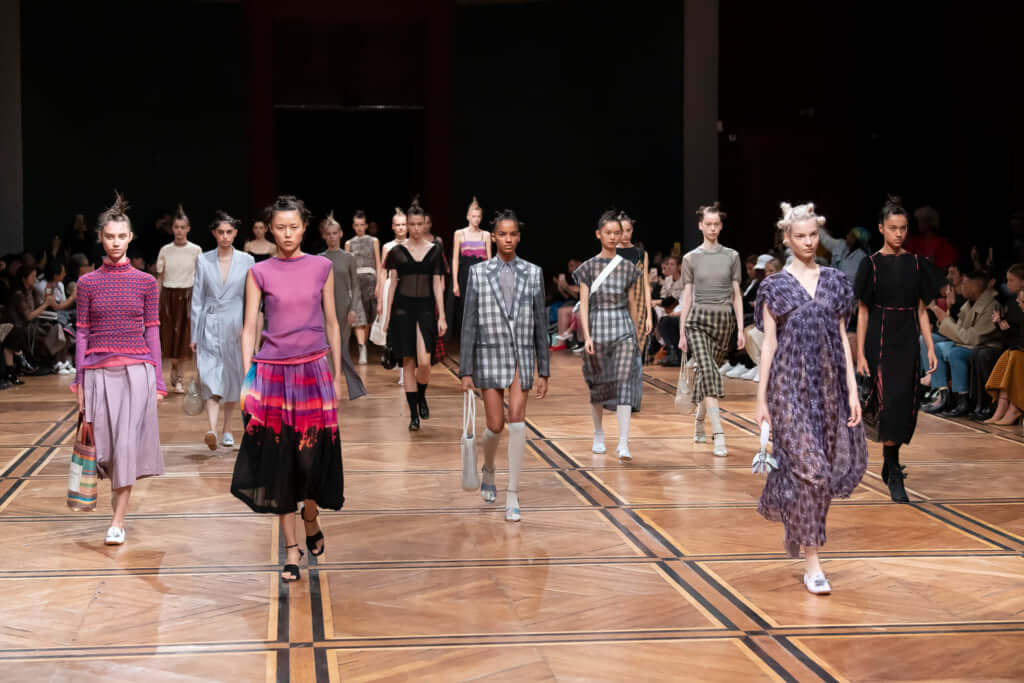