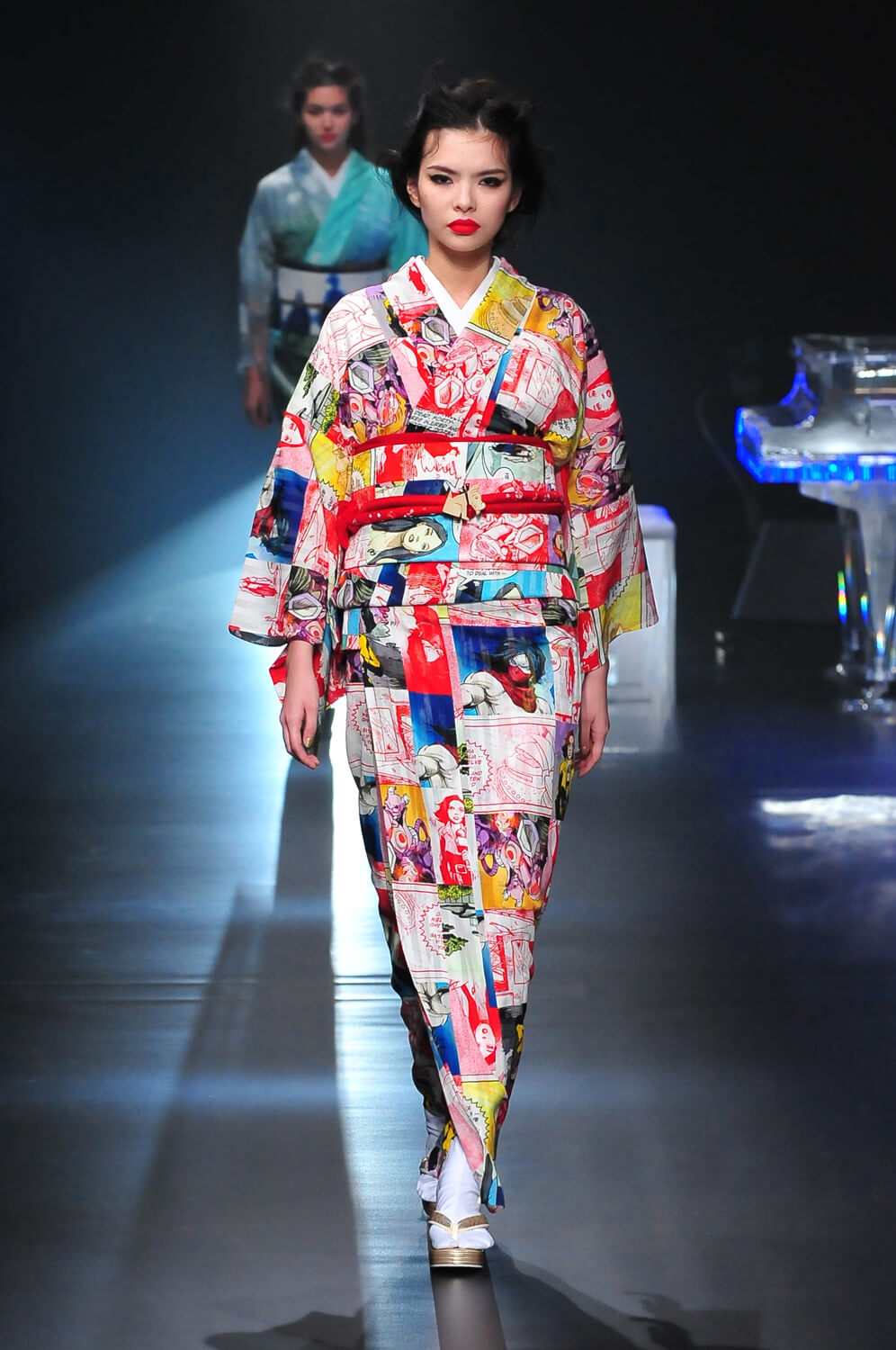 Yoshikimono is one of the new Japanese brands that deserves close attention. Last October, following a three-year haitus, they opened Japanese Fashion Week. While the name might initially be unfamiliar, the designer, Yoshiki Hayashi, better known simply as Yoshiki, is a real star in Japan.

Yoshiki is none other than the one who launched the band X Japan in the 1980s. The hard rock group group was famed for their stage presence, elaborate outfits, and instigating the visual kei subculture. Reminiscent of early Kiss, X Japan created a unique visual identity, inspired by punk scenes and Japanese streetwear. The group even split temporarily over divergent opinions over clothing. Truly iconic in the music scene, Yoshiki remains one of the most prominent figures in Japanese rock today. Now age 54, with nothing left to prove, Yoshiki nonetheless decided to launch the label Yoshikimono a decade ago, which has since turned out to be another major success. 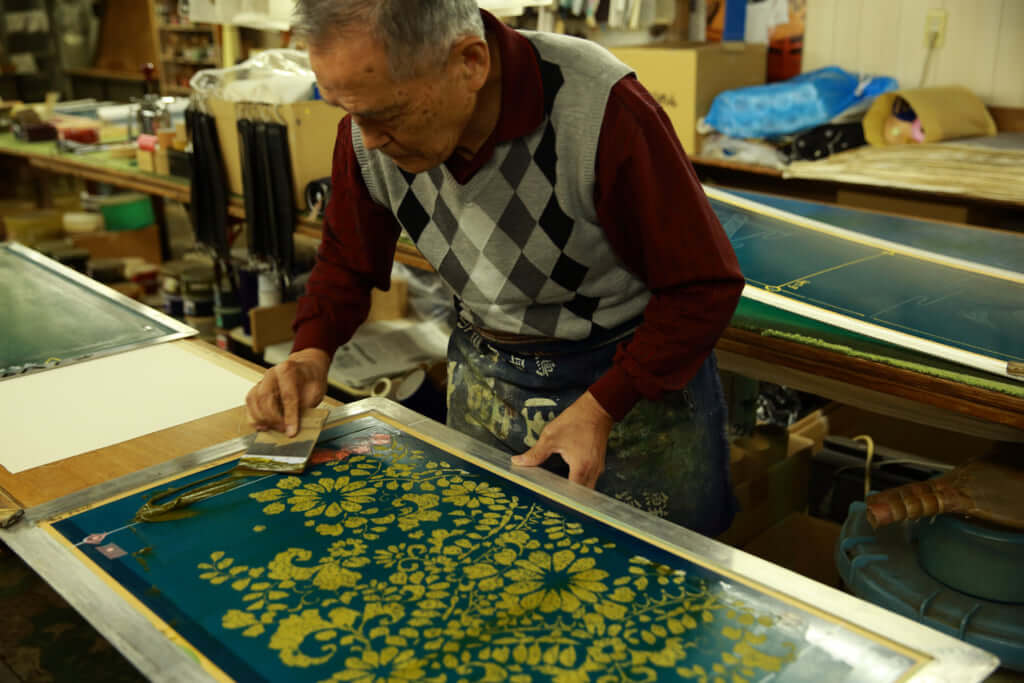 Subtly mixing ancestral savoir-faire and a constantly shifting rebellious spirit, Yoshikimono demonstrates with grace the kimono to be a million miles from the traditional and outmoded garment it’s so often portrayed to be. Under Yokshiki’s artful eye, the kimono becomes sensual and provocative, attractive and surprising. The latest collection by the designer pays homage to the rock heritage of its creator, all the while preserving the tradition of the kimono while reinventing it.

With Yoshikimono, the designer and musician proves that trendy doesn’t have to be an antonym to tradition. During his latest catwalk show, there were kimonos shaped like bustier dresses, diamante kimonos and kimonos made of psychedelic patchwork. Some even had large epaulettes, a nod to the 80s, while others showed off various cuts, colours and motifs, demonstrating the skill and imagination of the designer. 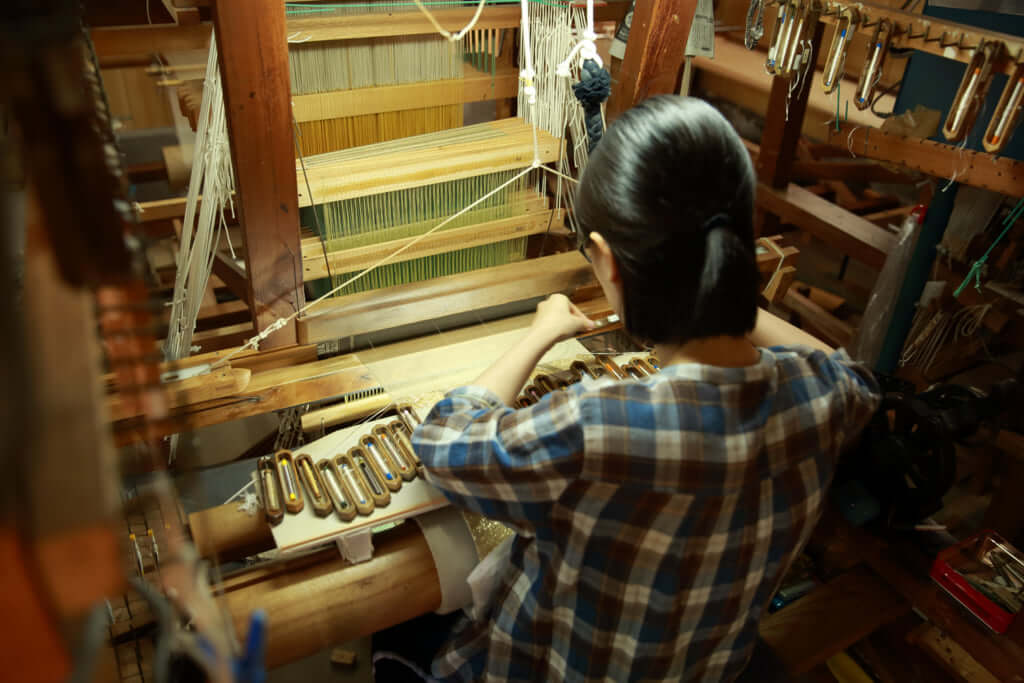 Yoshiki Hayashi may have made a home for himself in the music scene, but he’s just as comfortable in the realm of textiles. Much more than just contributing to the cultural heritage of his homeland, the Yoshikimono brand shows a desire to democratise this ancestral garment, bringing it to the forefront of his work and giving it a new urban edge. The originality of the brand lies in its creative process, with the designer sketching his creations according to the music he has selected for his next catwalk.

With this latest collection Yoshiki distances himself from the Japanese tradition and blends contemporary fashion, producing around 30 pieces, each with various modes of presentation, evolving alongside music by the artist Mossy’s ‘Meeting Point‘ and songs by singer Violet K. The latter was present during the show and took to the piano for ‘Rosa‘. As the show progresses, the kimono’s silhouette becomes more and more abstract with visual tricks linking heritage and modernity, an ode to both savoir faire and Japanese fashion. 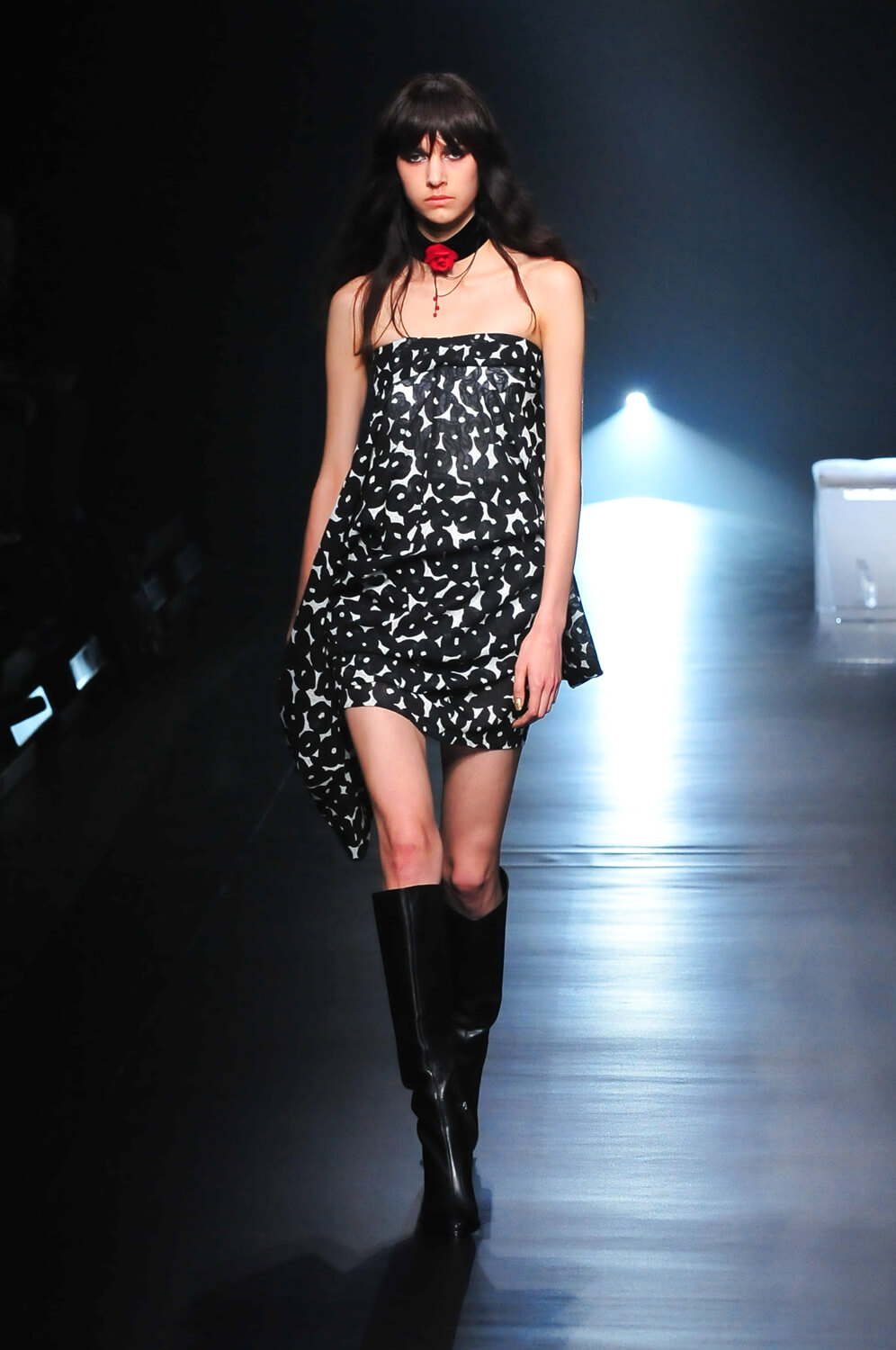 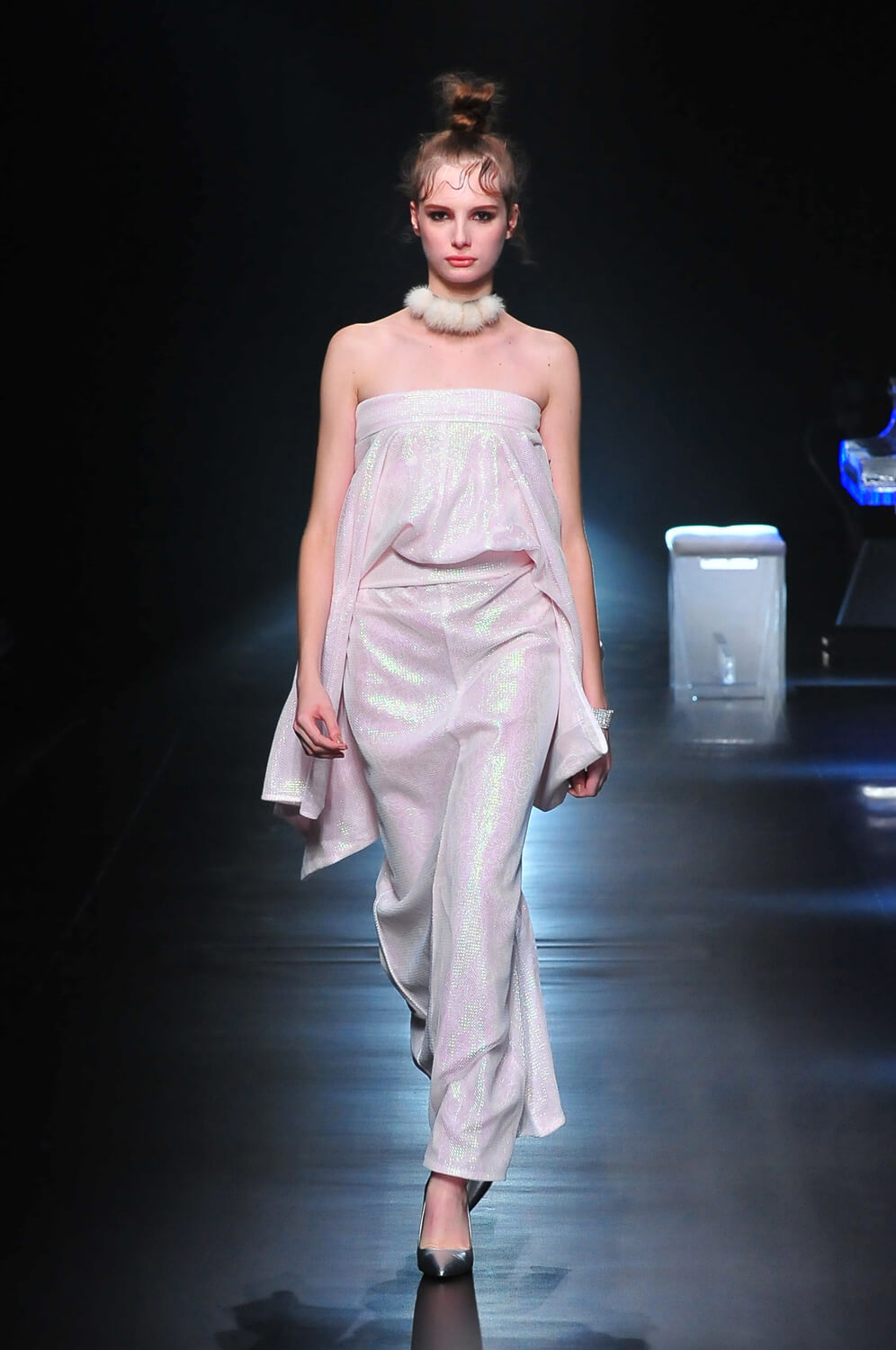 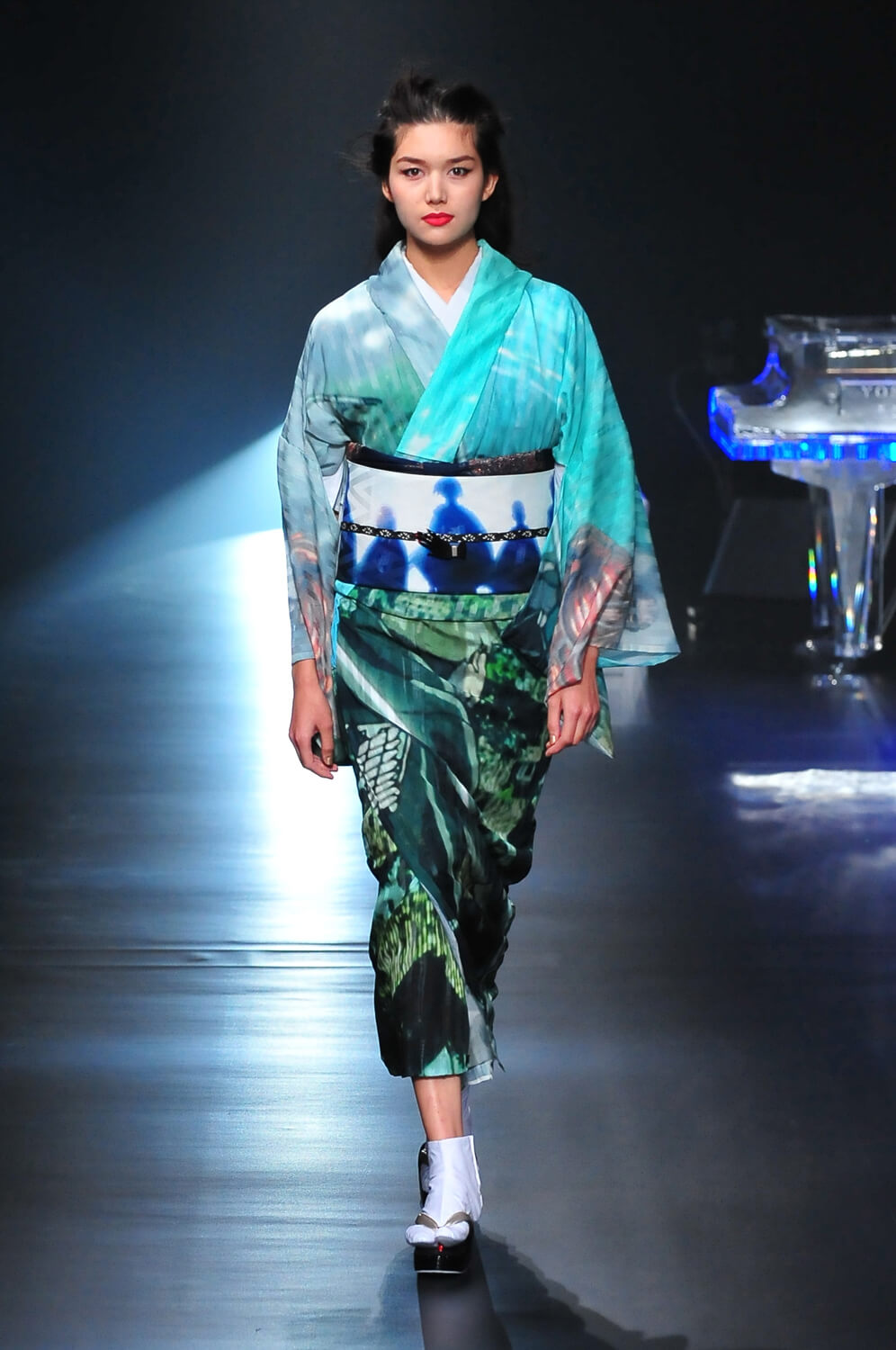 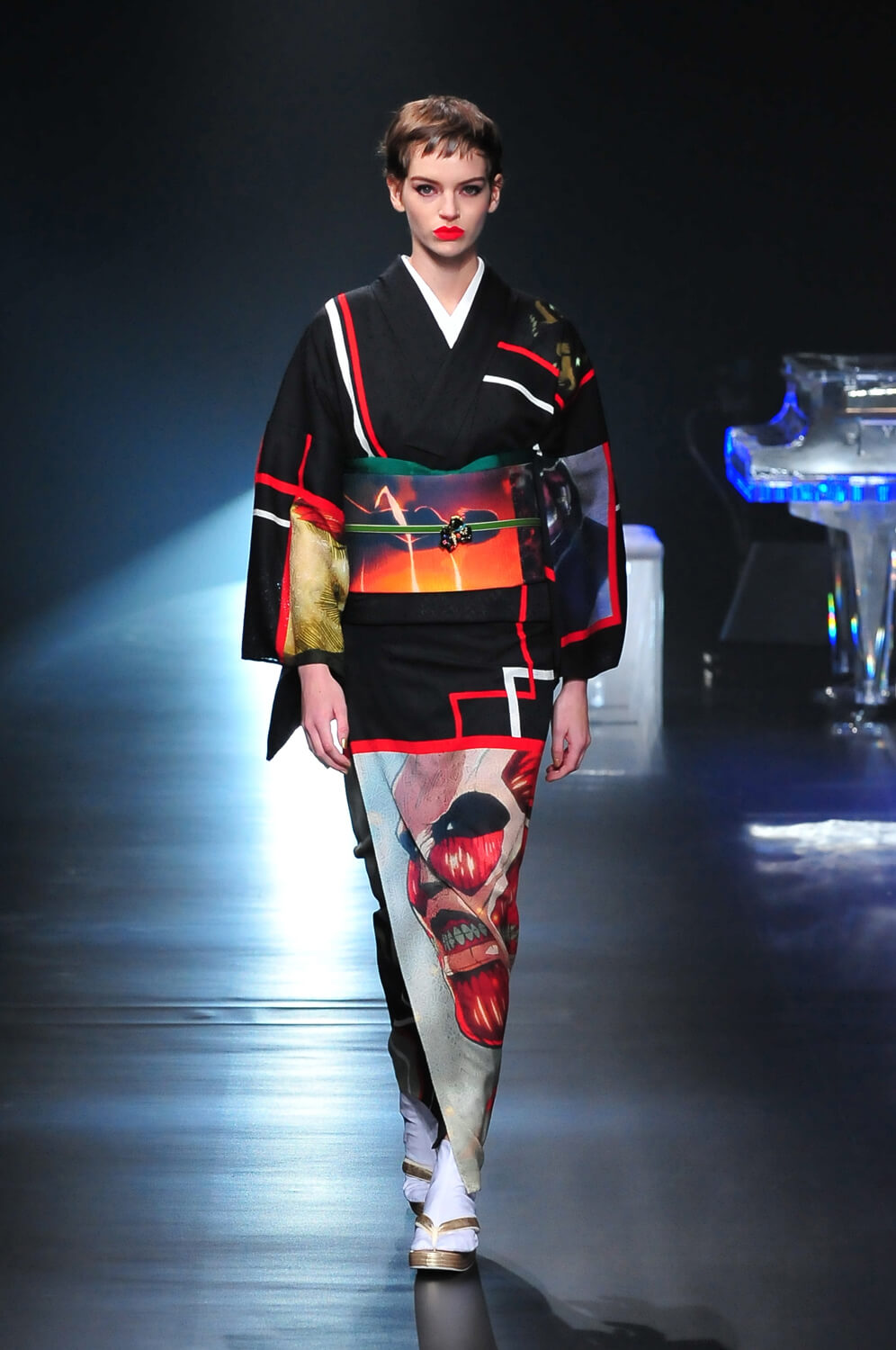 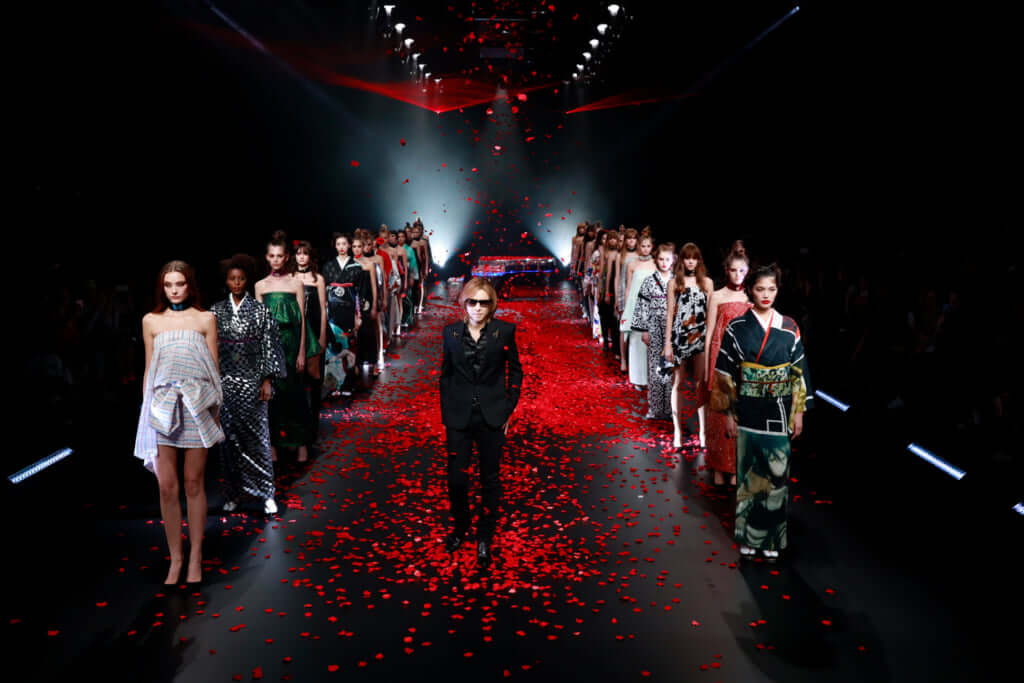 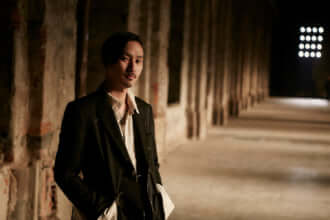