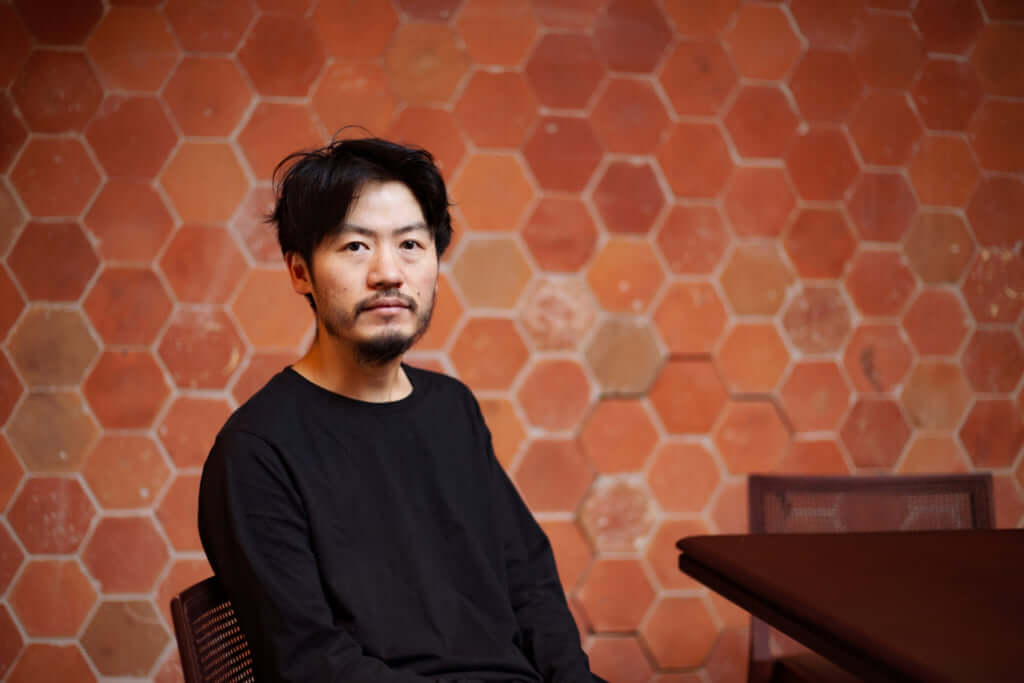 33-year-old Sota Atsumi is one of the most talked-about Parisian chefs of the moment and, for a few months now, has been at the helm of his first restaurant: Maison. The building is reminiscent of a Basque house with its gable roof, and the inside walls are completely covered with hexagonal tiles. The chef wanted the gastronomic restaurant to be free from ostentation so that nothing would steal the spotlight from its true stars: the ingredients.

It has to be said that Atsumi, named by the prestigious New York Times as one of the most influential chefs in the new Parisian guard, alongside his compatriot Taku Sekine (Dersou) and Bertrand Grébaut (Septime), had some impressive training. He began his culinary apprenticeship at a school in Tokyo, but soon headed to France, where he spent a year on the Lyon campus of the Tsuji Culinary Institute, before cutting his teeth in Michelin-starred kitchens. 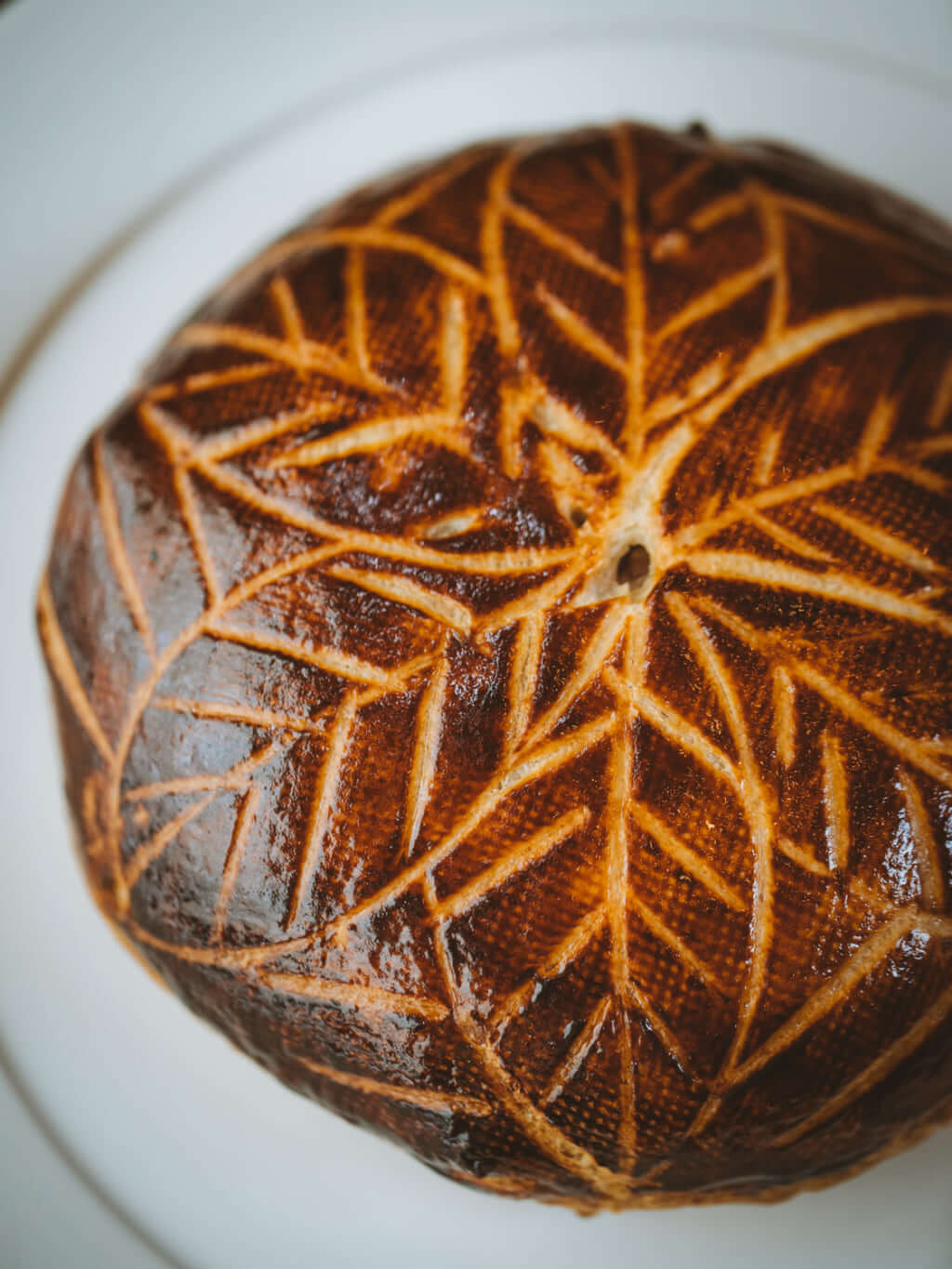 Sota Atsumi joined the teams run by Joël Robuchon, an ardent lover of Japan, and Michel Troisgros. ‘I learnt a huge amount from them’, the chef remembers. ‘The technical foundations, the different cuts, the cooking processes, but also communication, which is very important in a team’.

However, it was whilst working with Pierre Jancou, head of Parisian restaurant Vivant, that Atsumi really shaped the contours of the chef he is today. ‘We have to respect nature, ingredients, and choose the best products’, declares the chef, who gives top billing to seasonal fruits and vegetables and who is set on meticulously choosing the farmers, market gardeners and breeders he works with.

A restaurant in the heart of Paris 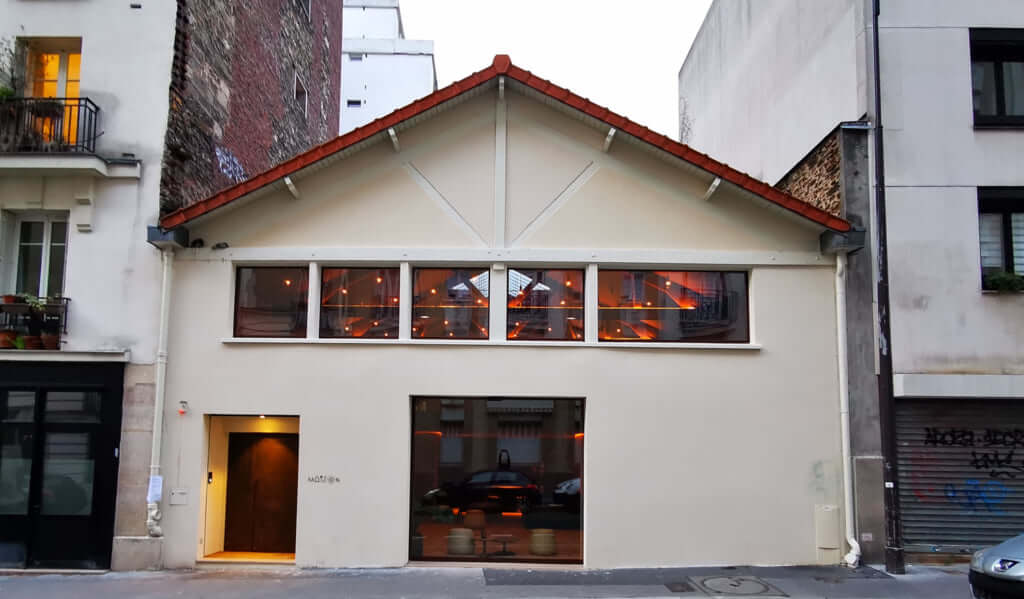 ‘He was set on opening his restaurant in a house’, explains Akiko Otsu, artistic director of Maison and wife of the chef. ‘We were very lucky because it was the first location we visited. It was obvious’.

The house, nestled in the heart of the 11th arrondissement, was occupied by a Japanese caterer and needed a little bit of imagination. The duo decided to redo the entire house: they knocked down the walls, fitted a mezzanine and dropped the false ceiling to add a skylight which fills the space with light. Japanese architect Tsuyoshi Tane was tasked with the construction work, which took around a year and a half. ‘Sota wanted a natural, warm space which also reminded people of his love for the earth. That’s why we decided to cover the ground and walls with terracotta tiles’, Akiko explains. ‘Another vital element was the kitchen, which Sota wanted to be open’.

Before being able to move into the premises, the chef and his team of four, two chefs and two pastry chefs, crossed the Atlantic to hone their skills on a three-month residency sponsored by Chefs Club NY, a restaurant which hosts several chefs throughout the year. They then headed to Japan and a restaurant owned by one of Sota’s best friends, a trip which enabled the team to form stronger ties.

Maison opened its doors in mid-September 2019. Diners are welcomed upstairs and shown to an individual table or seated around a long wooden table, over eight metres long, which is evocative of the Last Supper.

On the menu are simple but perfectly executed dishes, always with the same respect for the product. ‘My generation has to respect the heritage of French cuisine while developing it’, explains Sota Atsumi. ‘You have to cook in the best way; anchor the cuisine in its own era’. As such, there’s no wasting ingredients in order to extract only the essential substance. ‘We test, we search, we build partnerships’, he continues. He improvises on a daily basis with the ingredients selected by his suppliers, the majority of whom are French, Italian and Greek, always depending on the season. Japan is therefore absent: there’s no fusion cuisine here. ‘Even though there is, naturally, a little bit of Japan in my dishes because that’s part of my culture. But I don’t express it deliberately; it’s found in certain nuances’.

There’s no unsatisfied hunger in this young chef; as yet, he has no plans to open a second restaurant. His sole project for the years to come is to make a lasting success of his restaurant, focusing on the cuisine in order to maintain a standard of excellence and build up a base of loyal customers. ‘We want them to continue to be surprised by what’s on their plate, but also to feel good’. To feel at home, if you will. 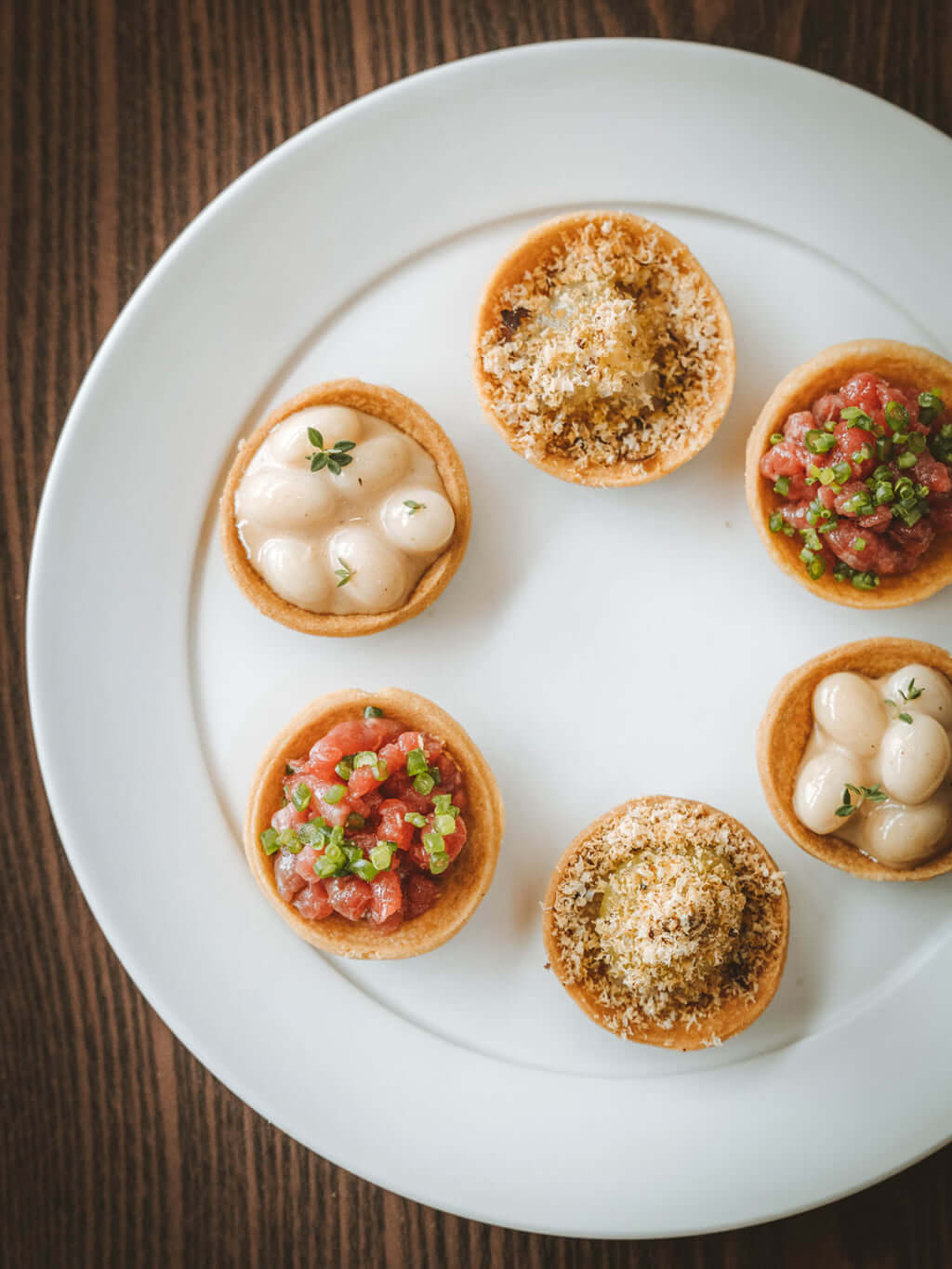 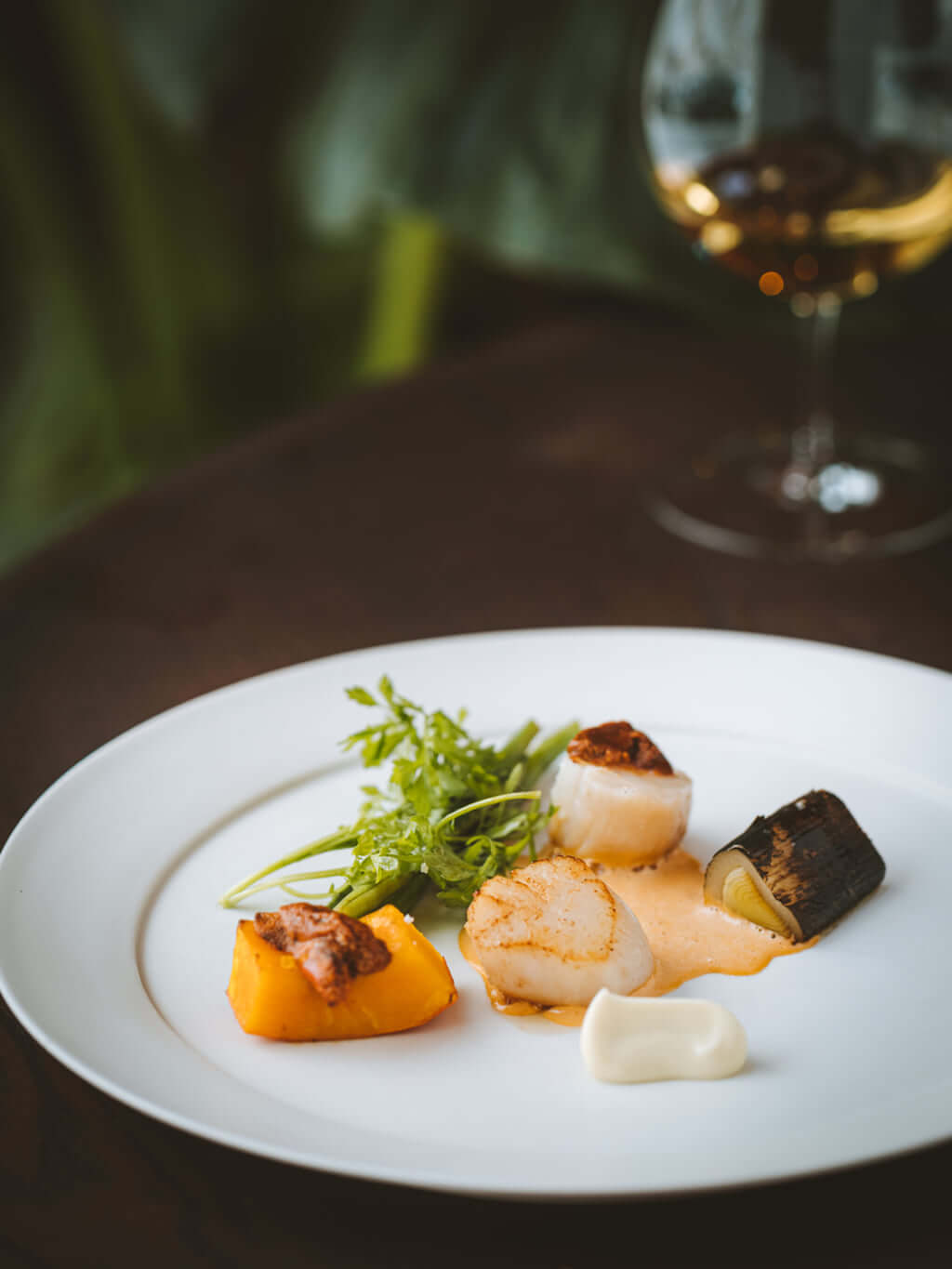 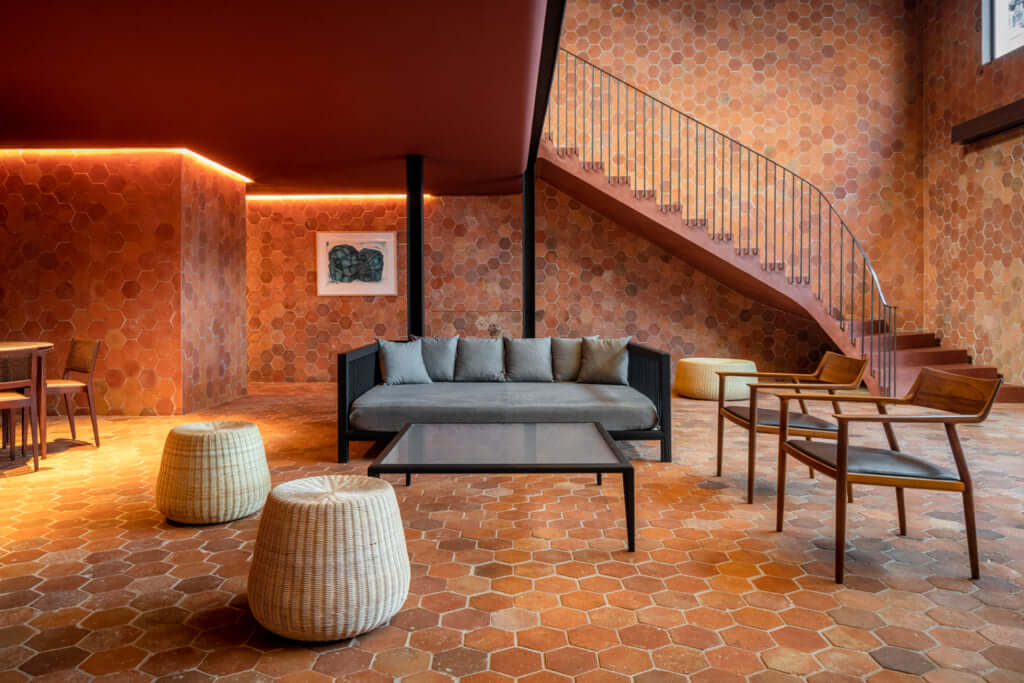 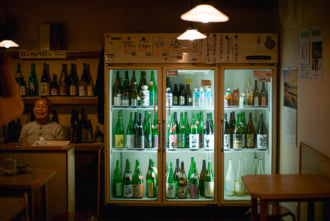