Using materials gathered on her travels and with imagery that appeals to her, the artist assembles elements reminiscent of the Showa era. 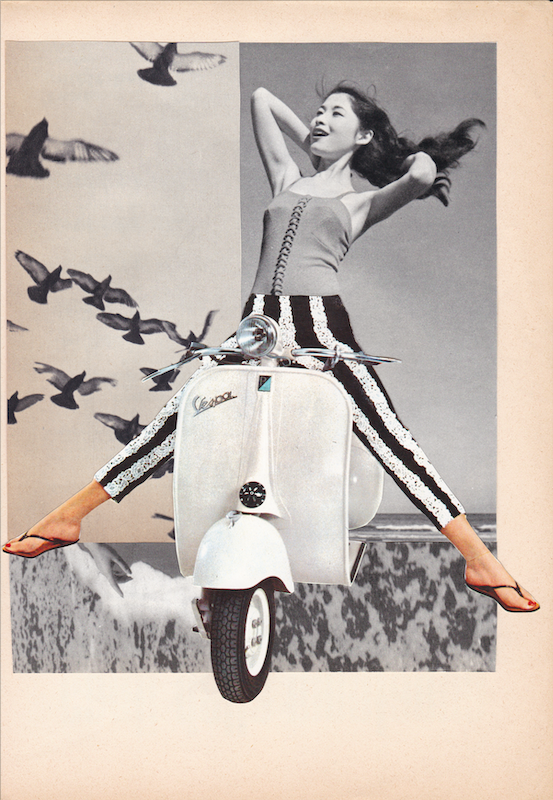 During her various trips to Japan, Audrey Guttman, a Belgian artist and author based in Paris, gathers different materials with imagery that appeals to her. These include tourism brochures, which encourage her to question the image of Japan disseminated to tourists, and also old books and magazines found while scouring Tokyo’s Jimbocho district, known for its second-hand bookshops. What interests her about these is the grain of the old paper, which is clearly superior to that found today, and above all, the way the Japanese dealt with the imagery of the ‘Glorious Thirty’ – the thirty years following the end of the Second World War.

Humour and freedom in images

What stands out from these collages so marked by the Showa era is a certain sense of freedom and humour, a habitually underlying presence in a very codified society. She explains:

It seems to me that in Japan, freedom is often expressed in images, as part of a very strong and solid visual culture, in this brazen way that Westerners often remember. Everything is extremely meticulous and cultured, but at the same time there is something completely baroque and theatrical in terms of style.

The artist translates this fantasy into her series through her unquestionably eclectic choice of subjects. Japanese stars of blind football appear alongside the familiar illustrations of meiko and sumo wrestlers.

Beyond images, it is words that lie at the heart of Audrey Guttman’s creative process. The multidisciplinary artist started out by writing (fiction, poetry, theatre), and only began working in plastic arts five years ago, when she picked up collage once more, the technique she had been practising since childhood. This work remains strongly influenced by poetry, literature, and language.

Some of the silhouettes in her collages have pages of Japanese newspapers, covered in ideograms, as a background. Because, for Audrey Guttman, the Japanese aesthetic cannot be separated from its relationship with writing:

In Japan, there is a very specific sensitivity to photography and images in general. In my mind, it’s linked to the ideographic origin of writing, the historical importance of handwriting, of composition, of the whole rather than the isolated fragment. Japan may well be the ultimate country of collage for these exact reasons.

Audrey Guttman’s collages can be found on her website. 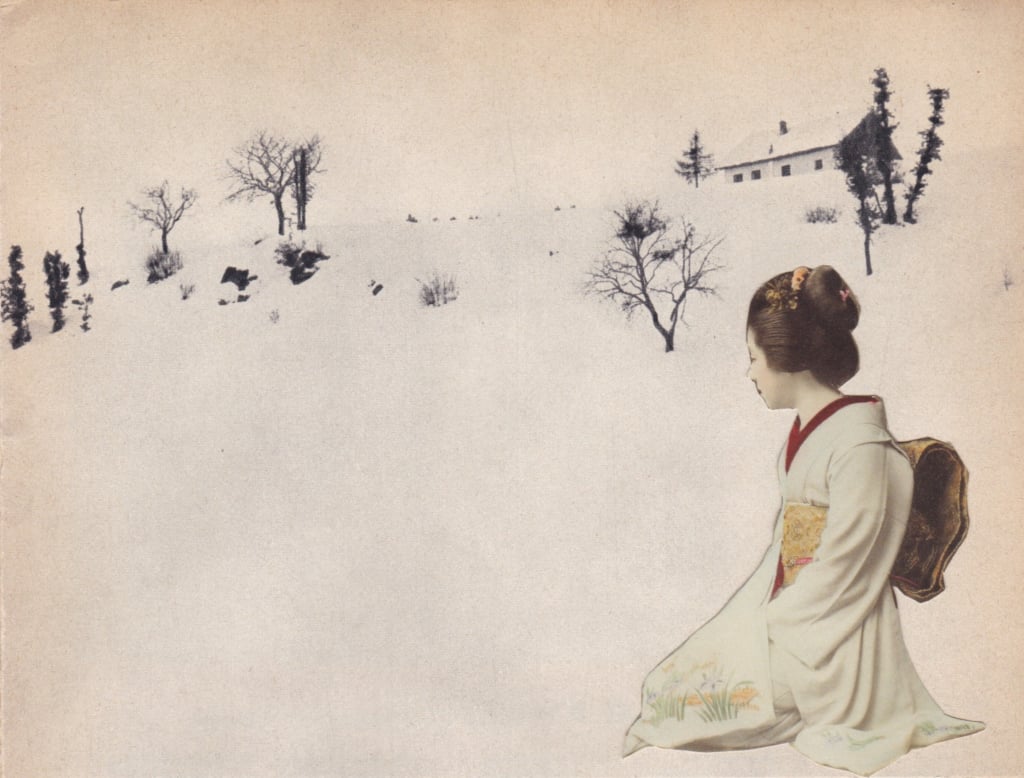 ‘White on White’ by Audrey Guttman 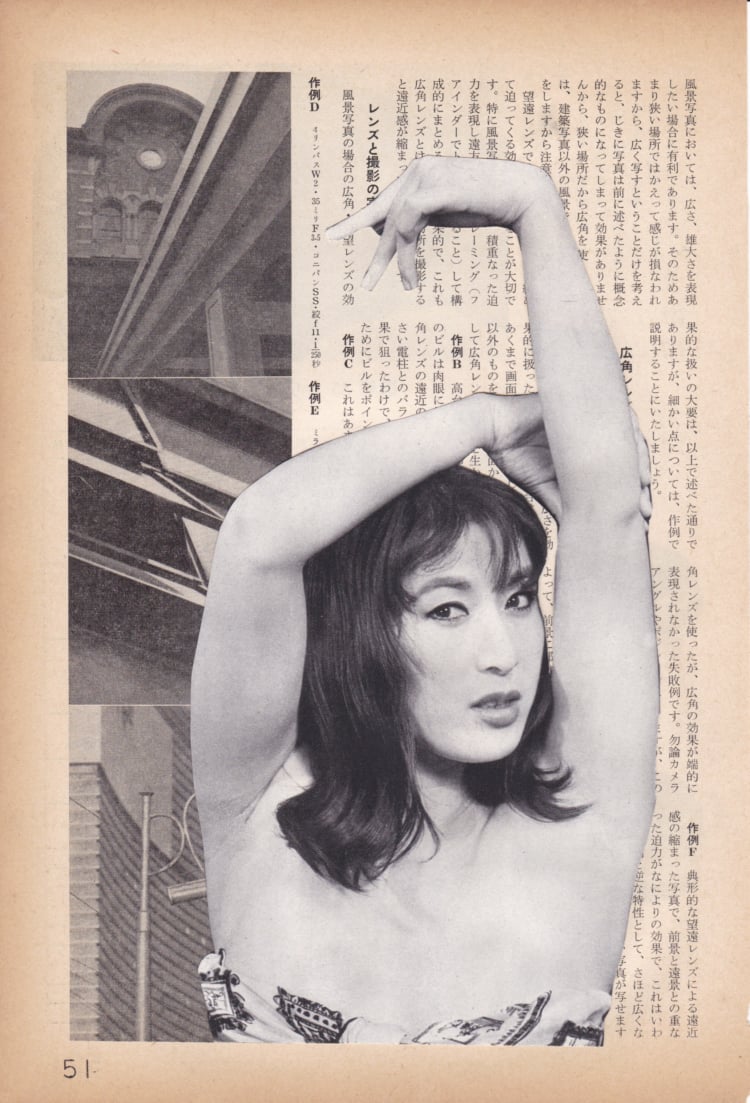 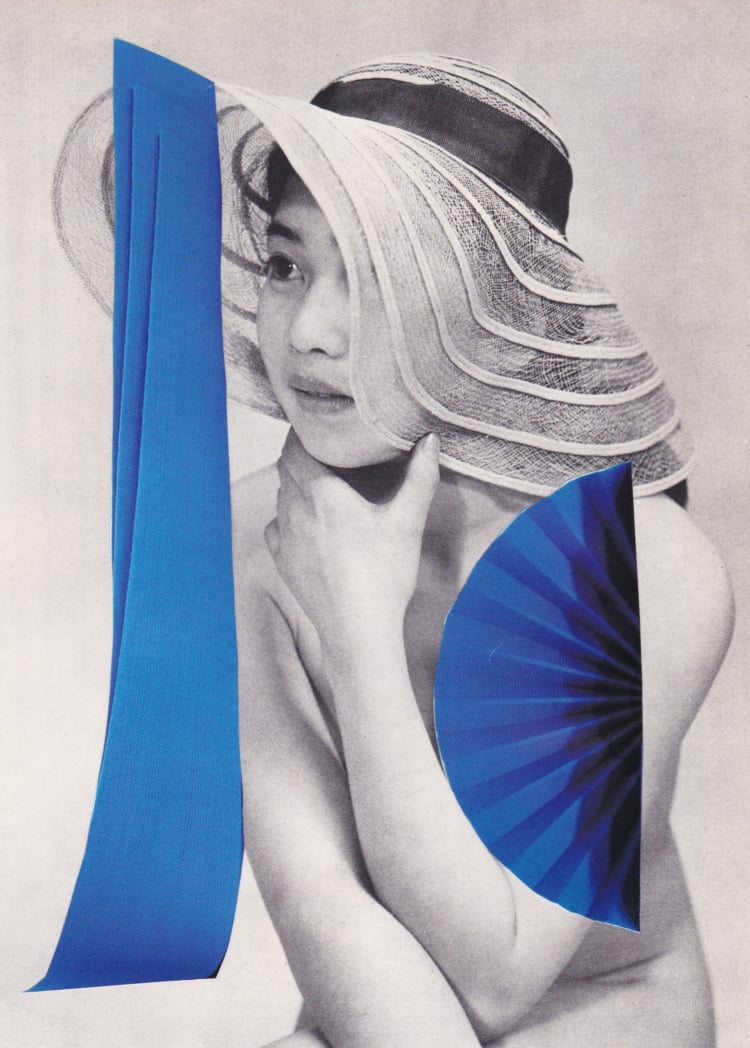 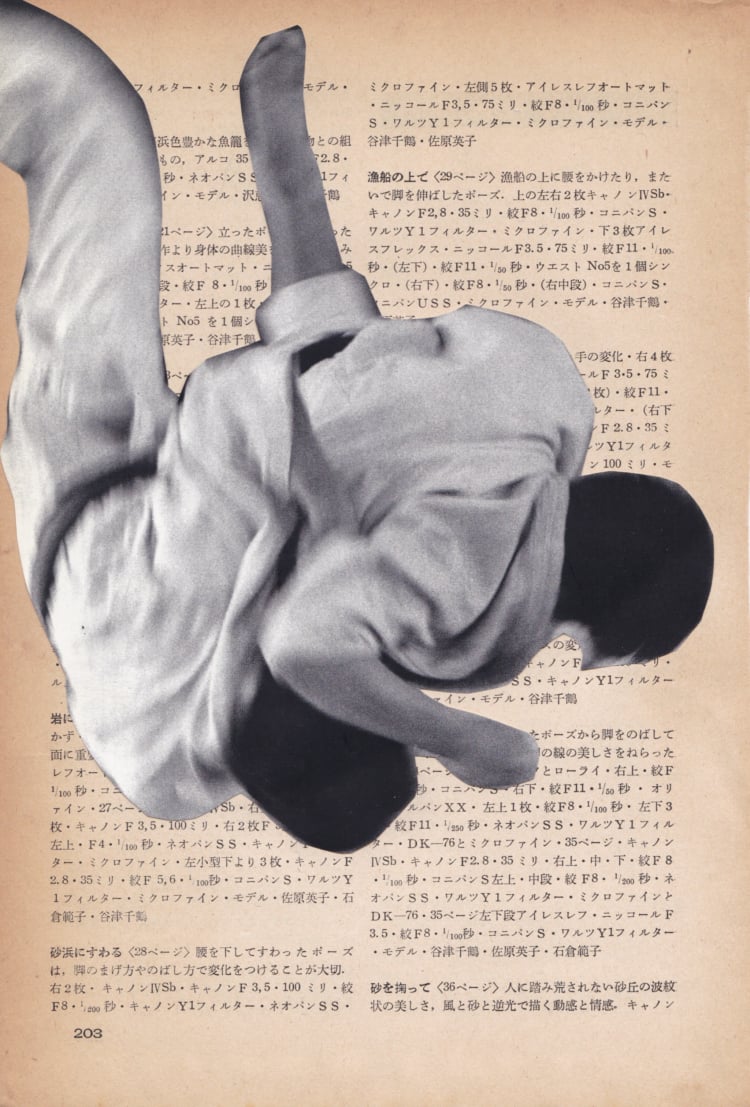 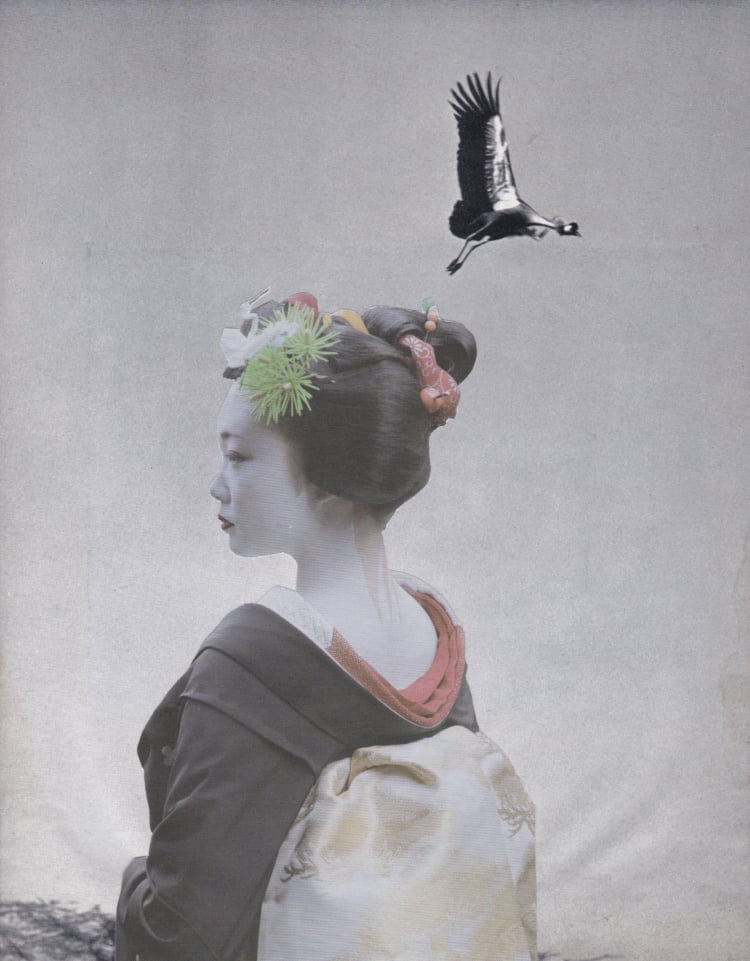 ‘Jimbocho I’ and ‘Looking Back’ by Audrey Guttman 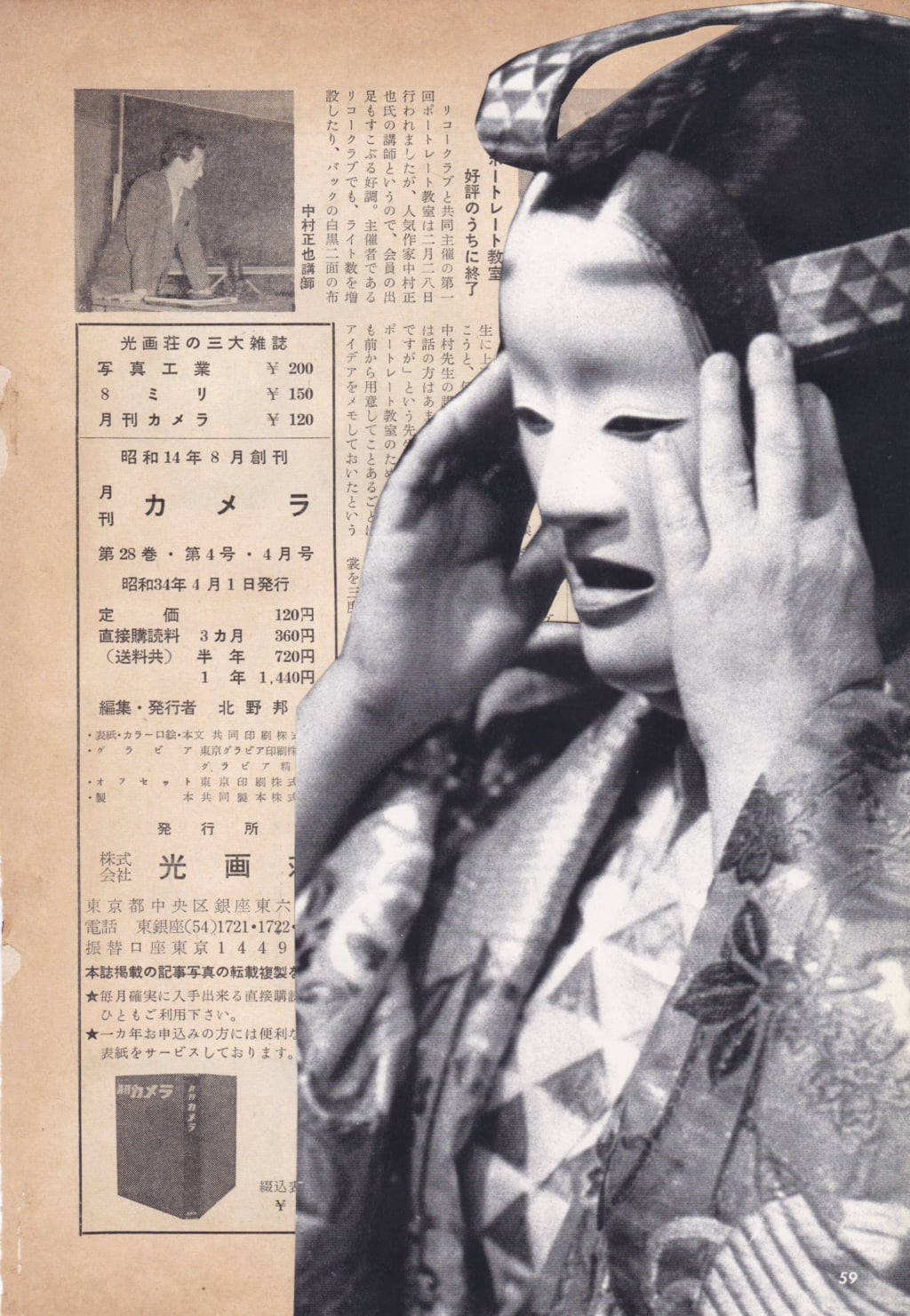 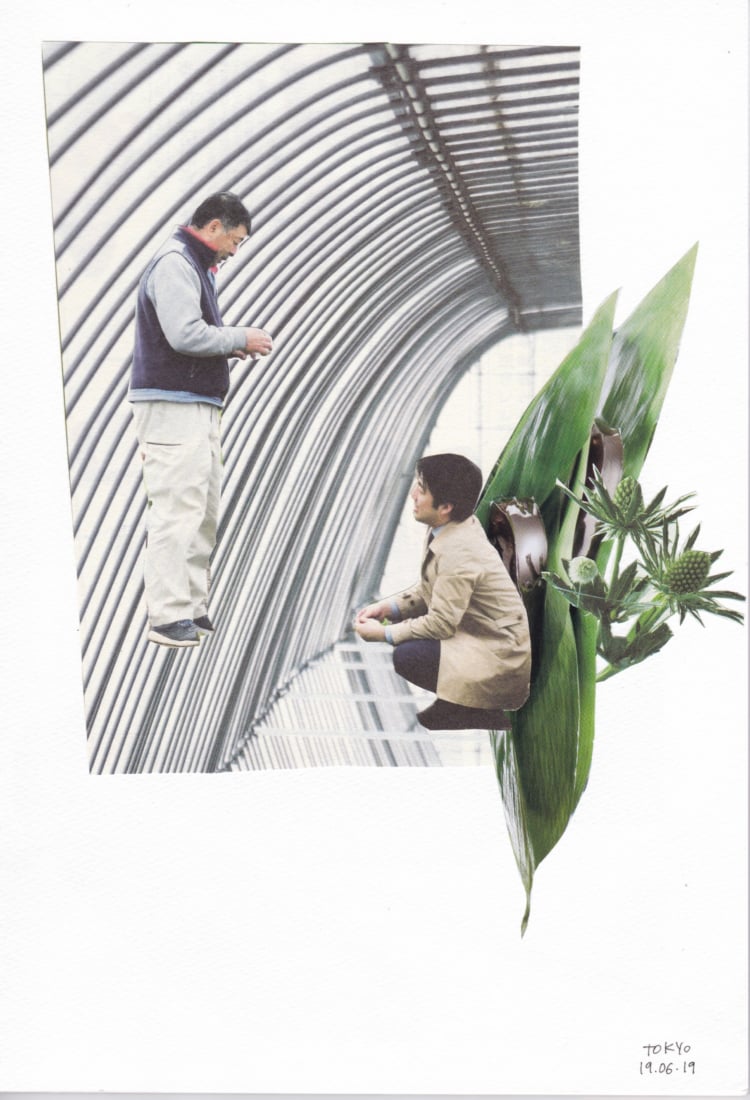 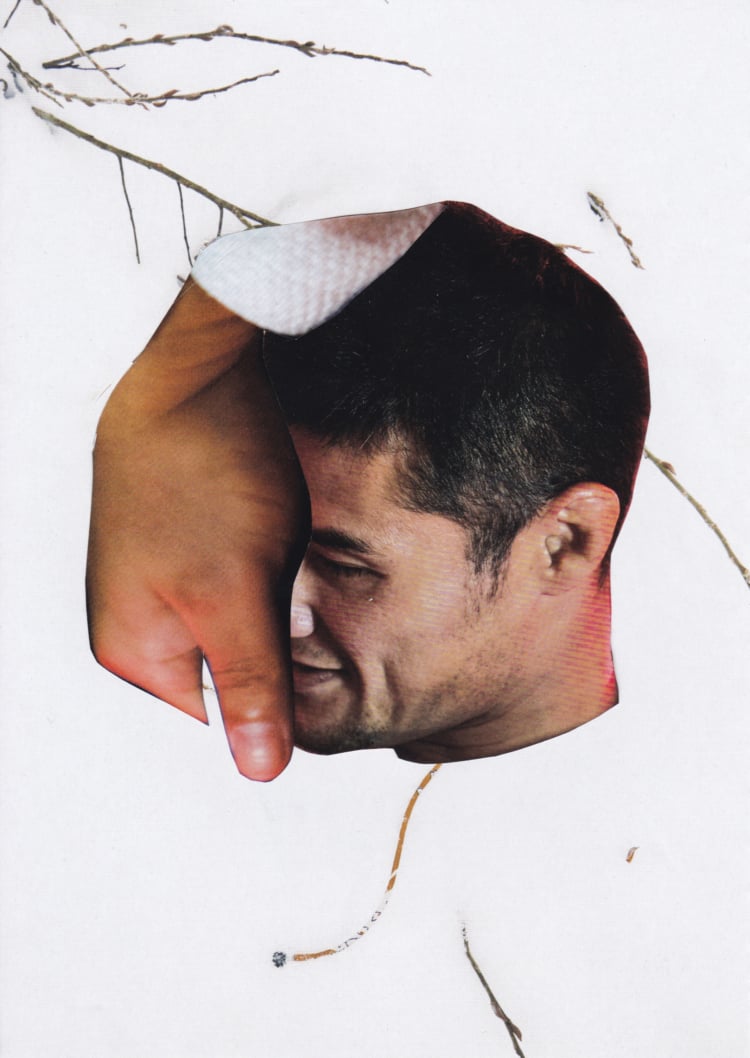 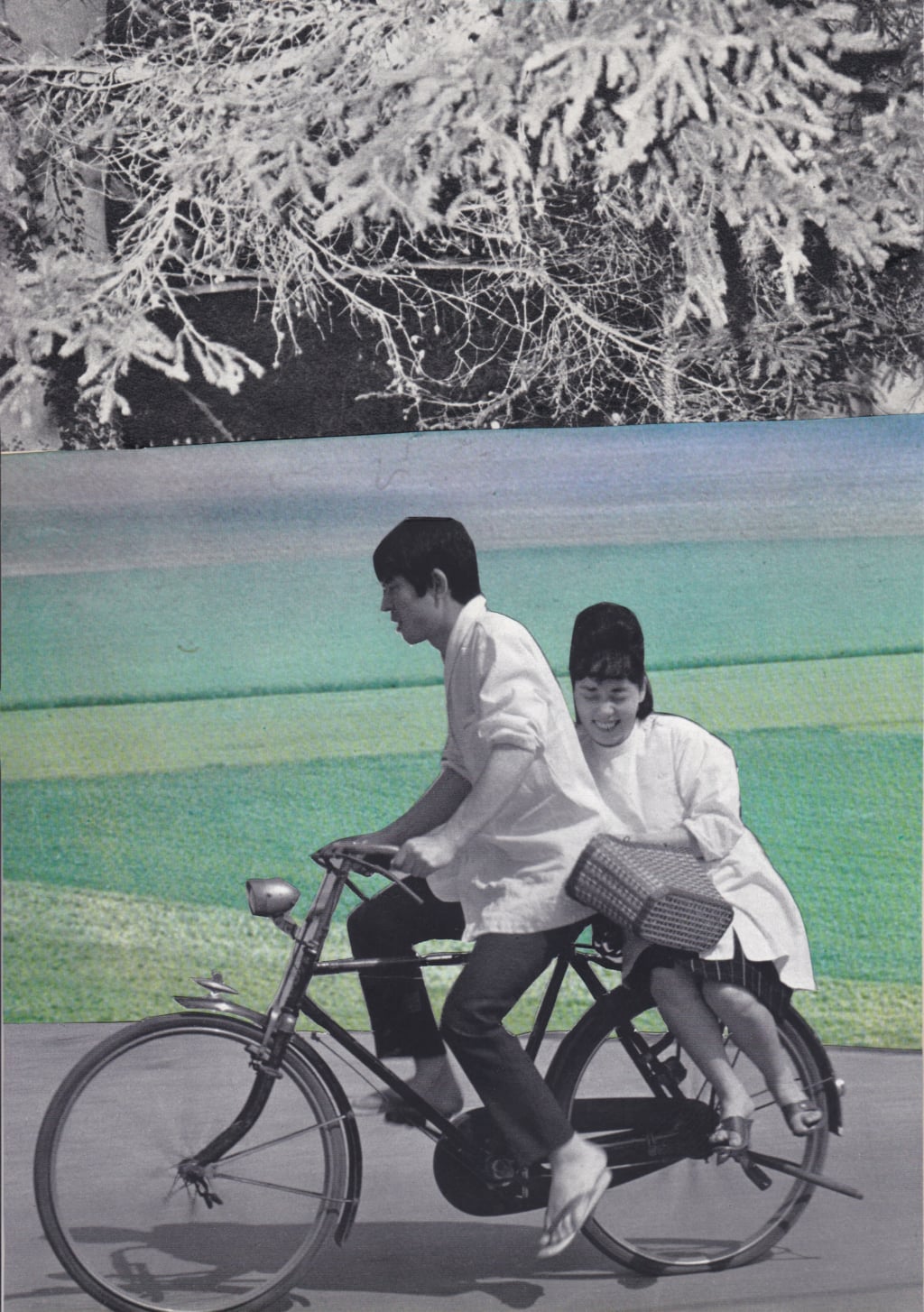 ‘Impressions I’ by Audrey Guttman 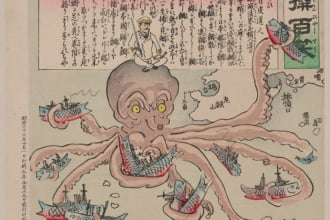 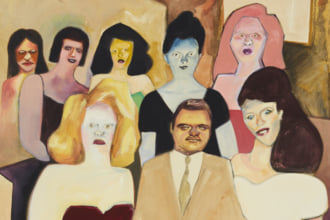 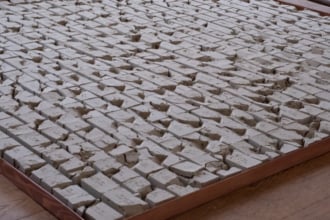 A Second in Thousands – Hochoul Lee’s celebration of individuality