The Finnish photographer started the series ‘Bond’ in 2014, referring to the relationship between man and nature and to the art of bondage. 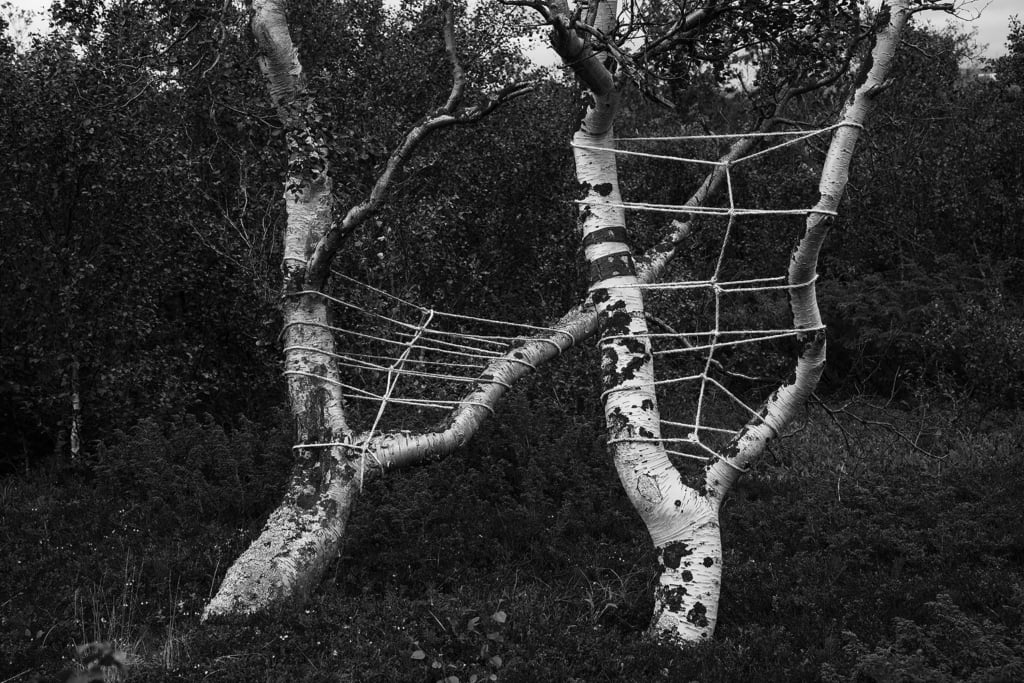 Finnish artist Anna Reivilä’s photography practice is fundamentally concerned with the relationship between man and nature. She began the ongoing series, Bond, in 2014, the title both an indication of this theme in her work as well as of the art of bondage. Photographing rocks, trees, or large lumps of ice, clad in heavy ropes, she draws on Japanese traditions in which ropes would symbolise the relationship between man and God.

Her practice is research-led, with the artist investigating the sites that she will work on in the lead up to a shoot. While she will map out the terrain, hiking for a few days to get to a specific location, the process is also driven by intuition, and she will seize upon stones or trees that she feels particularly drawn to, before beginning to tie up the entity. The procedure is a drawn-out, meditative one, which the artist compares to sketching or life drawing. It is a process during which the artist too becomes highly aware of her own physicality in proportion or relation to the nature that surrounds her. According to Anna Reivilä, the Japanese art of bondage ‘ties together both the big and the small things: life and death, shame and power, love and hate.’

Recording the outcome with only a photograph distinguishes her practice from the tradition of Land Art, whose interventions in the landscape often are designed for a much more long-lasting presence. Once the photograph has been taken, Anna Reivilä begins untying the knots, disassembling the sculptural forms. The exhibited product, the photograph, thus displays traces of an experience of nature, one that is also imbued with the Japanese aesthetic influences of ikebana, the art of binding flowers, and kinbaku, Japanese bonding, or ‘the beauty of tight binding’.

Bond (2014), a series by photographer Anna Reivilä is available on her website. 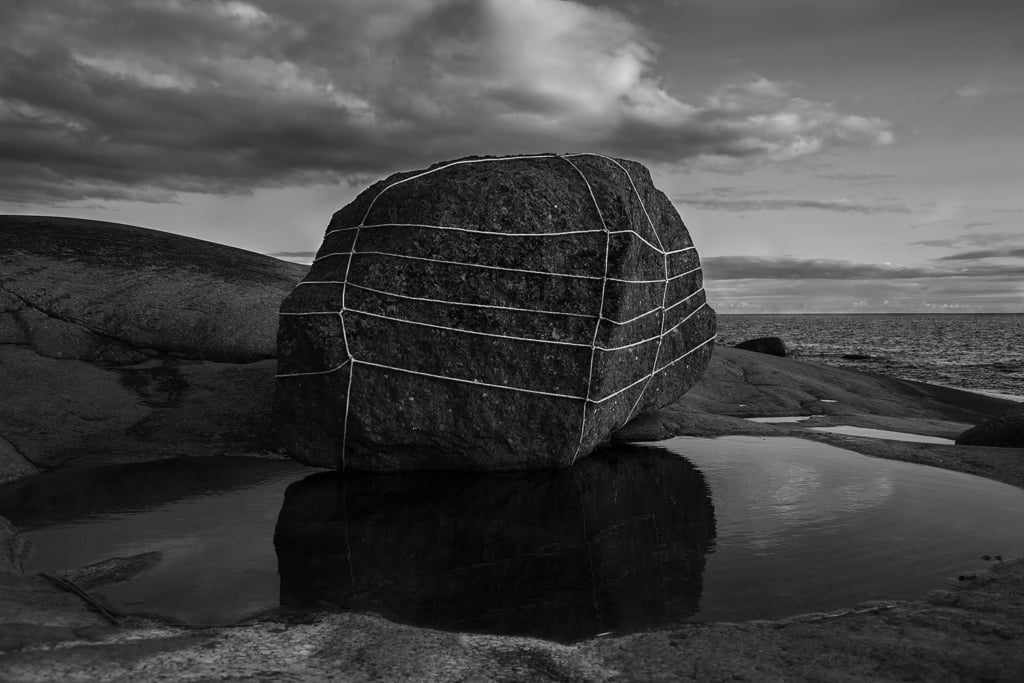 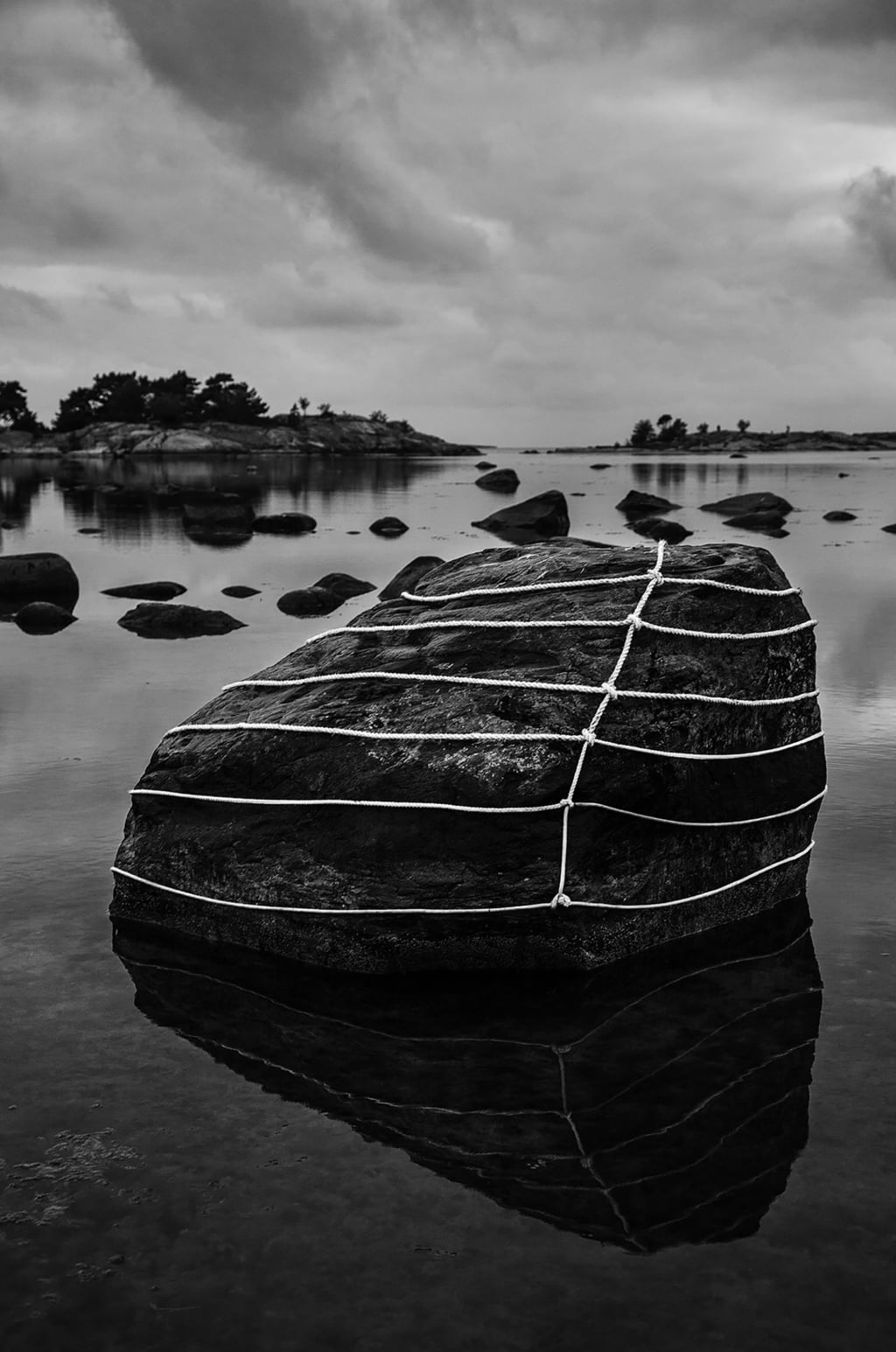 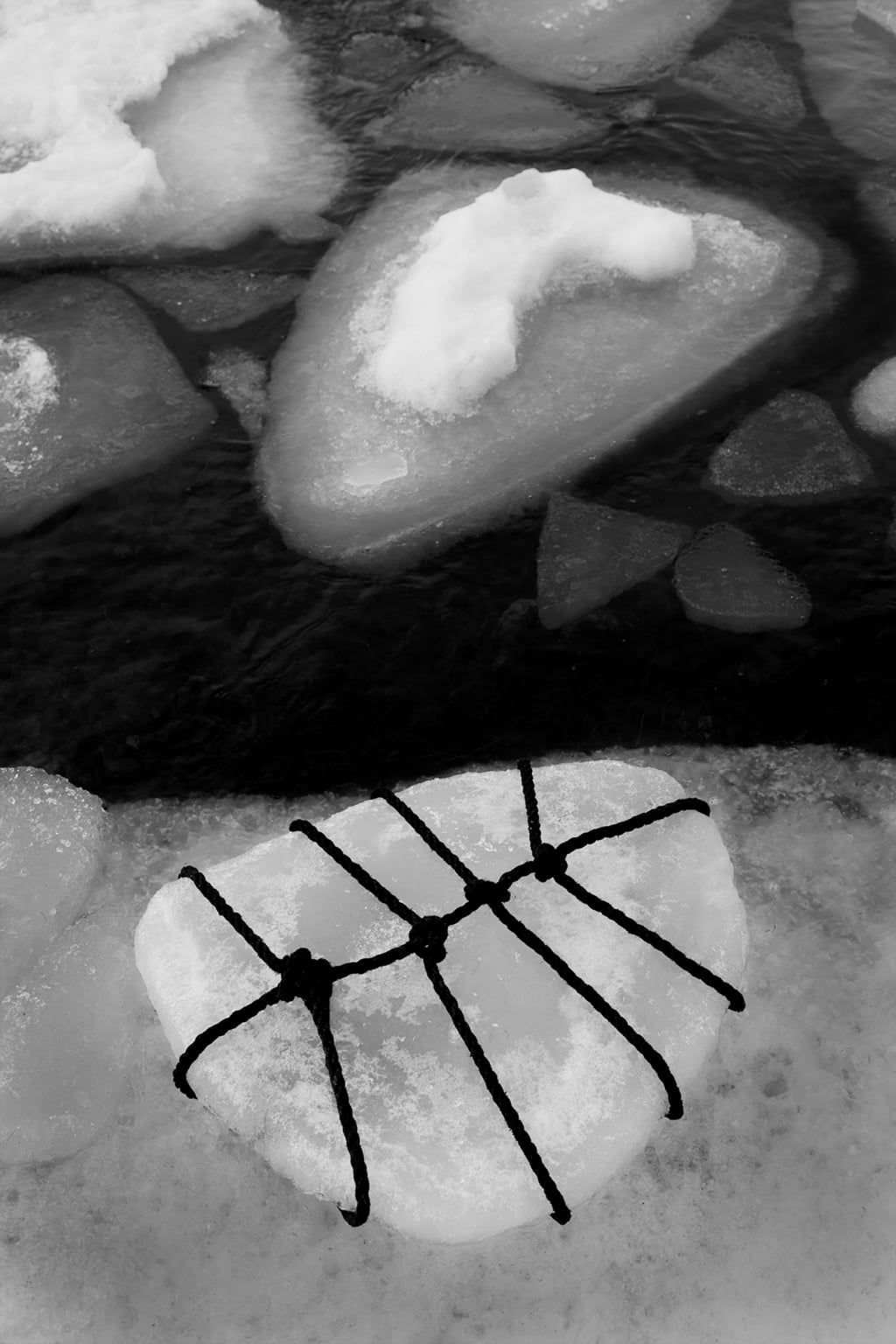 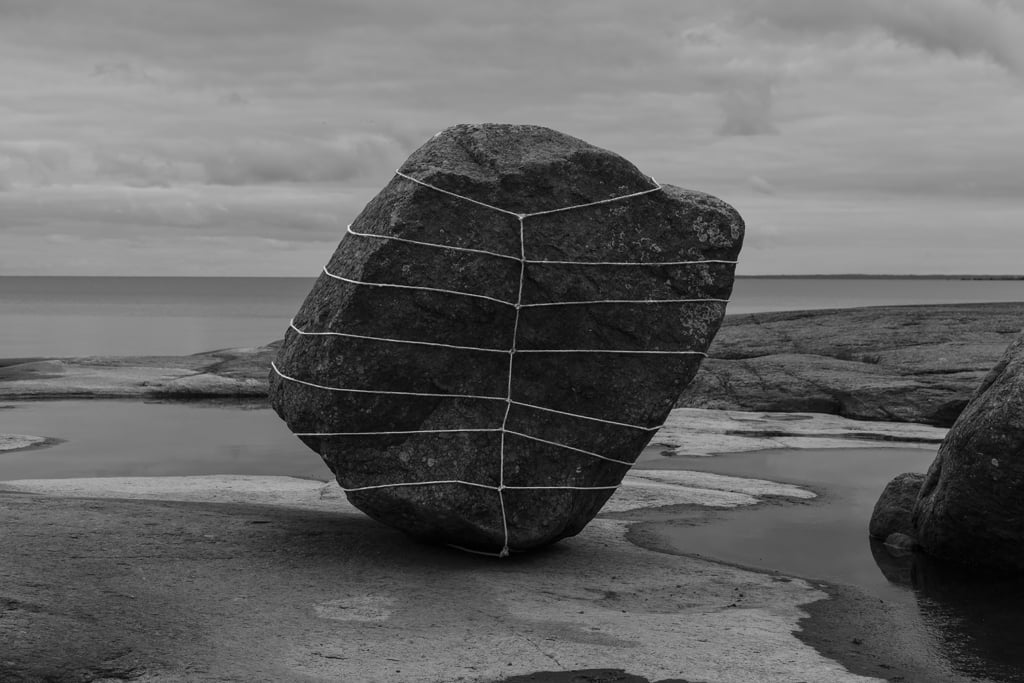 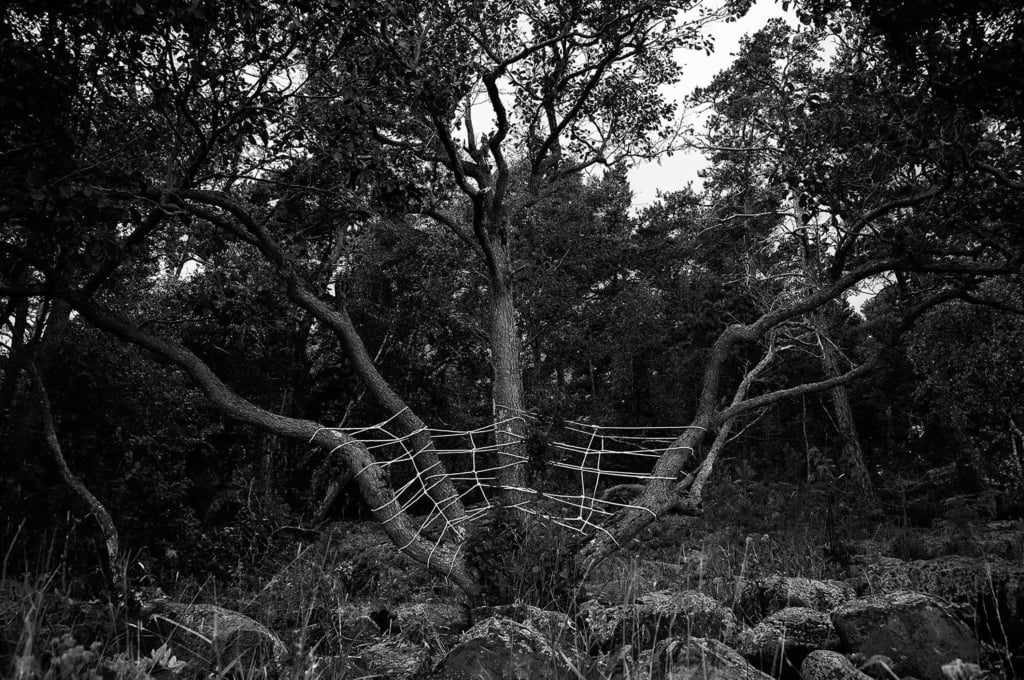 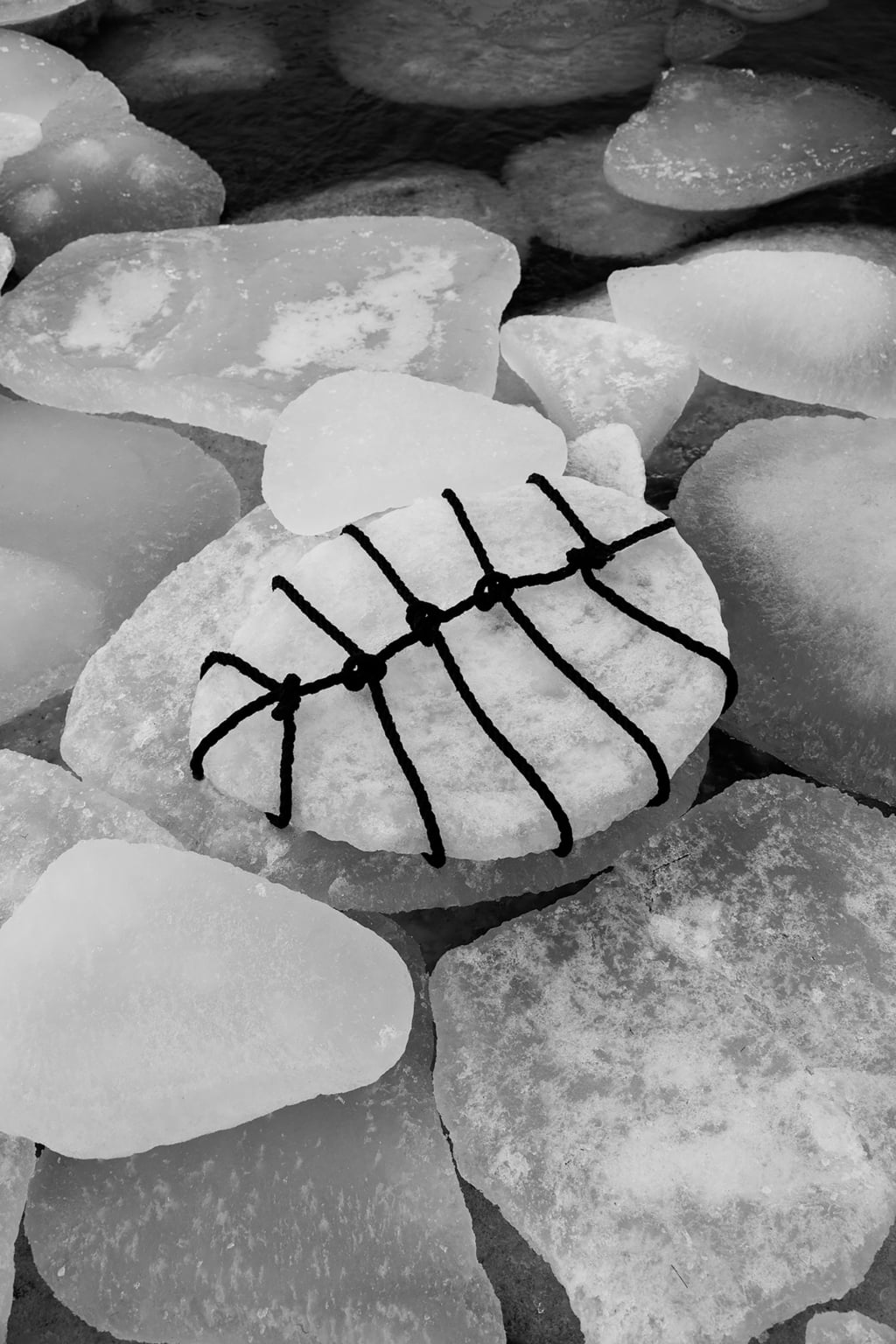