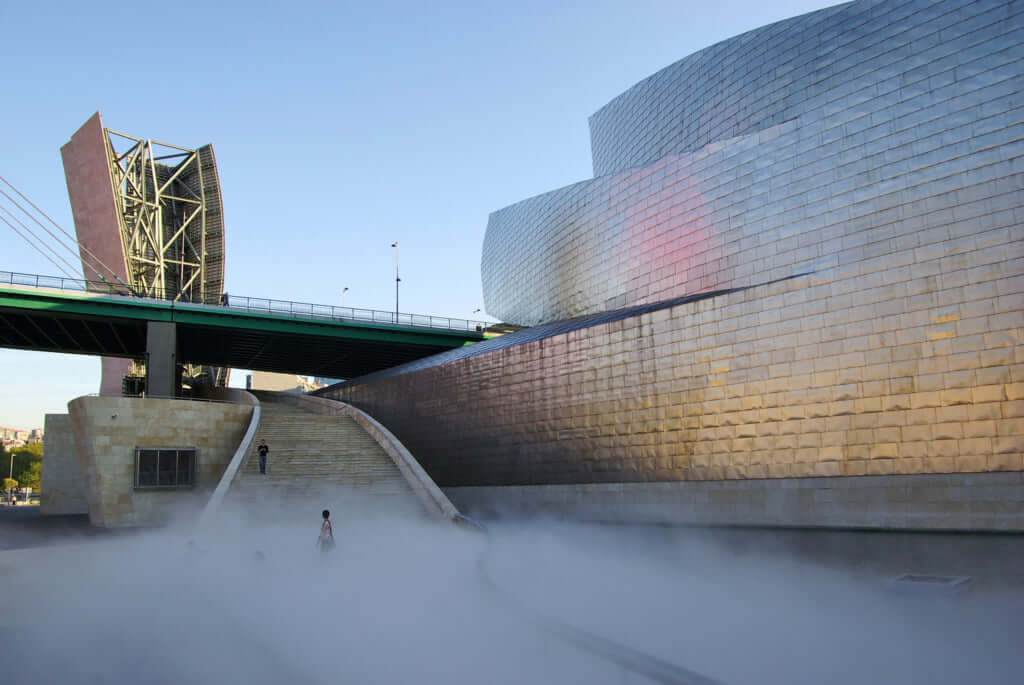 For the last 40 years, Fujiko Nakaya’s fog sculptures have been touring the world. Now, in 2018, the artist has been nominated for the prestigious Praemium Imperiale, a prize awarded by the Imperial House of Japan every five years to five artists.

Nakaya, born in 1933 in Sapporo, is the first artist to have used fog as a mode of expression, wrapping objects in vaporous sculptures in order to show them in a new light. She also regularly collaborated with other artists, sculptors, architects and even choreographers such as Trisha Brown.

Her ephemeral artworks (other than one piece in Canberra on display since 1983) function by magnifying public spaces. Over the decades, the artist has occupied the Bassin des Nymphes de Paris, the Guggenheim museum in Bilbao and the Connecticut Glass House, and has created a Children’s Forest in the Showa memorial park in Tokyo, allowing young visitors to enjoy the sensory experience of fog.

For Nakaya, it all began in the 1960s while studying in Illinois in the United States where she painted clouds, whose volatility reminded her of the human experience. She began to feel the need to feel closer to the world that she occupied at a point during the 20th century where social and political uprisings were beginning to reach fever pitch. It was at this moment that she decided to begin to work with fog, the most earthly material she could imagine, and the primary material of the clouds that had previously occupied her art.

The dream began to become reality in 1967 when she joined the Experiments in Art and Technology (E.A.T.) association which included both artists and inventors who collaborated on communal projects. Three years later during the Osaka Universal Exhibition in 1970, Nakaya encircled the Pepsi pavilion with artificial fog with the help of chemist Thomas Mee. The highly unique work was almost universally praised. This fog sculpture would set a precedent for her future work and launched her international career.

This experimental form of artwork gives nature a voice. Nakaya does not attempt to warp the environment to satisfy her own personal whims but instead collaborates with it. Before installing her sculptures at a precise location, she studies the meteorological conditions of the site over many months in order to determine the exact degree of humidity and the speed of the wind which will allow the artificial fog to emerge.

Over the years the artist has developed a veritable arsenal of techniques which allow her to regulate the thickness and the direction of the fog. For her the link between art and science is in the blood, her father Ukichiro Nakaya (1900-1962), was a professor at the Hokkaido University of Science and the first to have created artificial snowflakes. 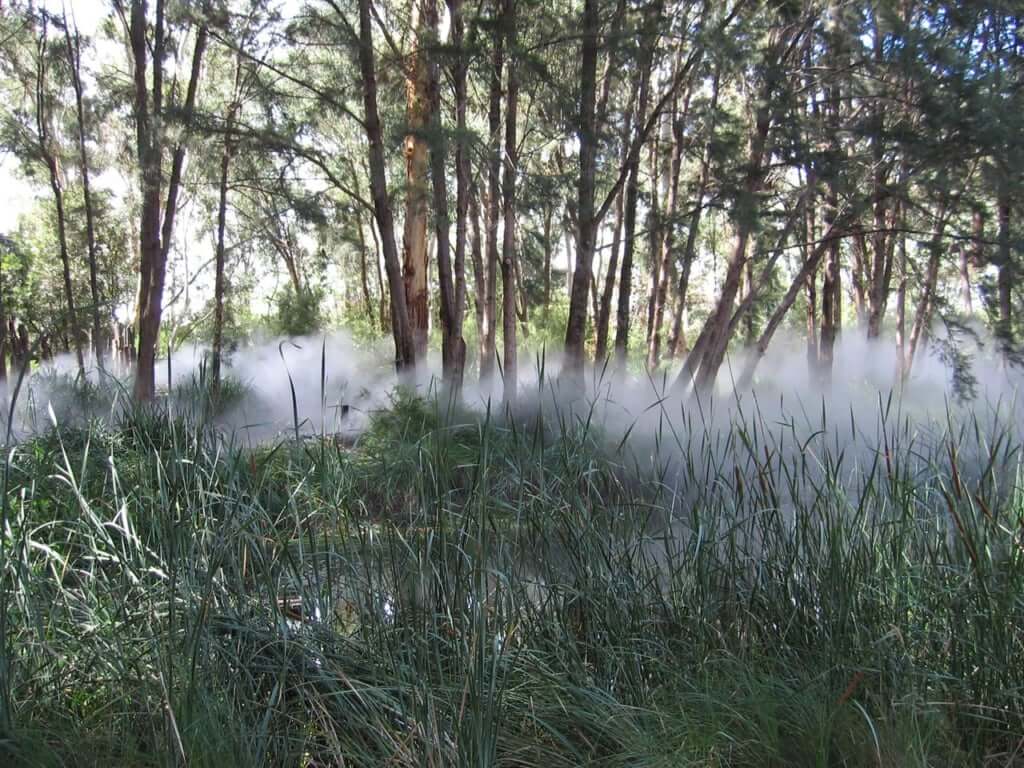