Minoru Nomata, Paintings of the Otherworldly 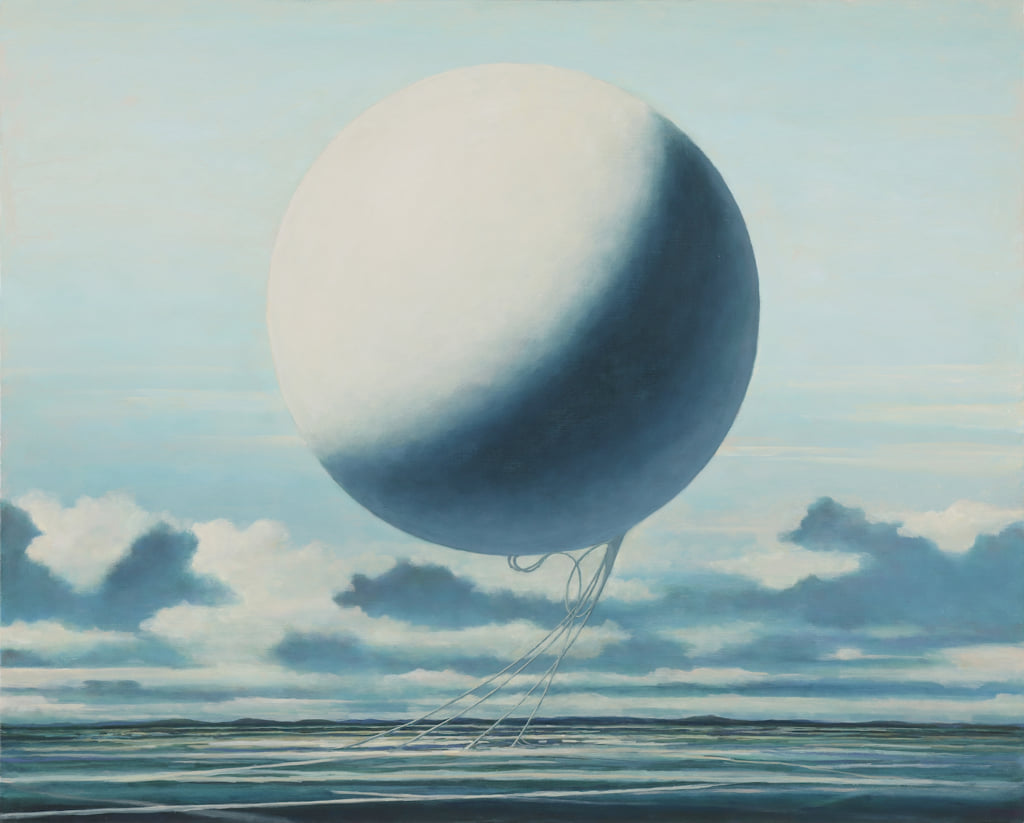 ‘Ascending Descending 3’, 2018, acrylic on canvas, courtesy of the artist

Minoru Nomata began working as an artist in Tokyo in the 1970s, having graduated from the Design Department of Tokyo University of the Arts, with his first solo exhibition in 1986. His painting style is immediately recognisable: inhabited by smooth, otherworldly architectures and improbable objects.

The artist’s 2013 Listen to the Tales depicts a post-apocalyptic Tokyo. It references directly the work of 18th-century artist Giovanni Battista Piranesi, famous for his etchings of Rome and his interpretations of ruins. The work mirrors Piranesi’s Ancient Intersection of the Via Appia and the Via Ardeatina, a 1756 etching depicting the two converging roads and a bas-relief of Romulus and Remus. Minoru Nomata’s painting, however, features Akita dogs in place of the mythological Roman figures.

Minoru Nomata’s work feels both ancient and futuristic, with complex dreamlike edifices that rise up out of barren landscapes. His more recent work, such as the 2018 Ascending Descending series, takes on a more abstract form. These paintings show large spheres against cloudy skies, reminiscent of blimps, balloons, or hot air balloons. The works are described by his gallery as ‘a primordial sign that is going to be formed, as it were, similar to ki or airy energy.’ These more organic forms nevertheless exude the same disquieting energy as his empty cities, devoid of human life, but imbued with an uncanny familiarity.

Like Maurits Cornelis Escher or the Surrealists of early-20th-century Europe, Minoru Nomata’s work appeals to our desire to dig deep into the absurdity of our surroundings and the possibility of imagined infrastructure.

Listen to the Tales (2013), a series by Minoru Nomata is available on his website.

‘Listen to the Tales’, 2013, acrylic on canvas, courtesy of the artist 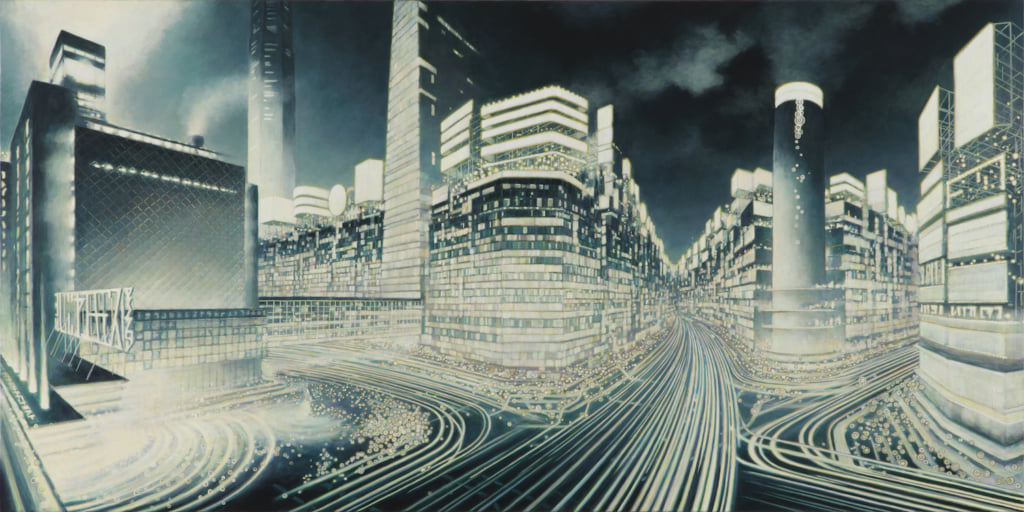 ‘Bubble Flowers’, 2013, acrylic on canvas, courtesy of the artist 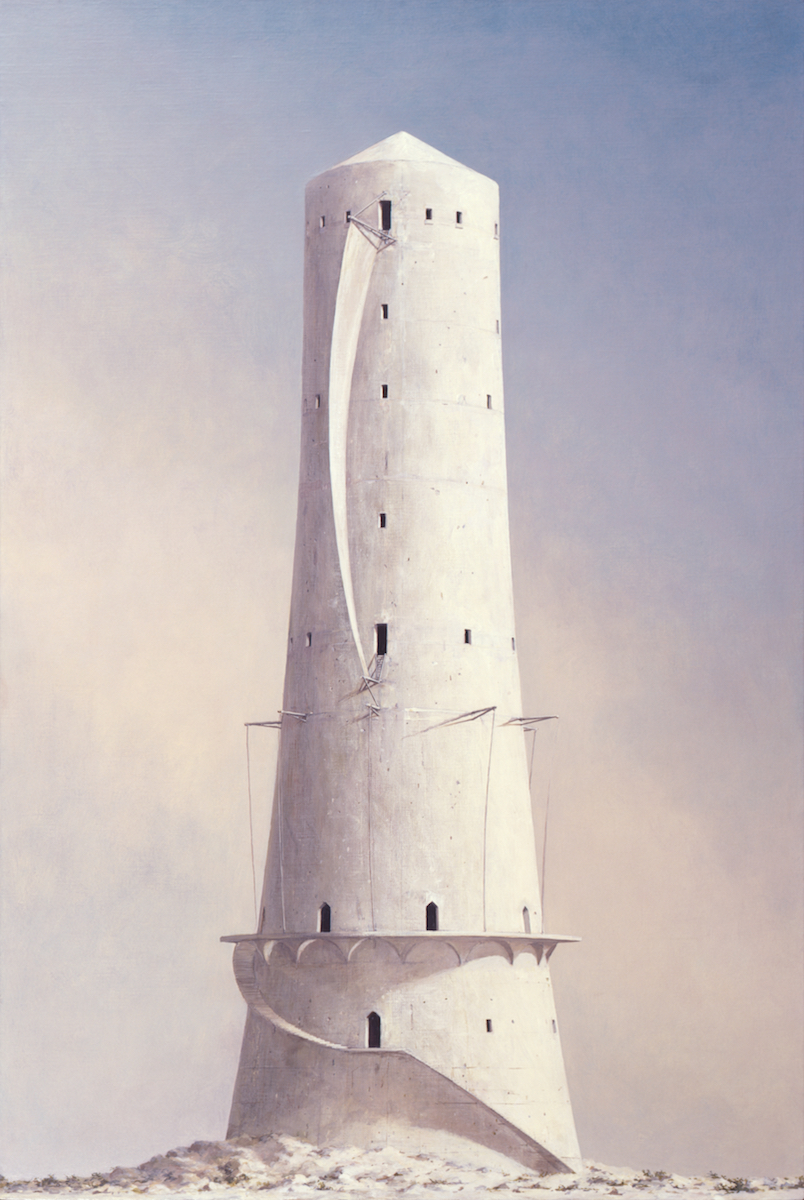 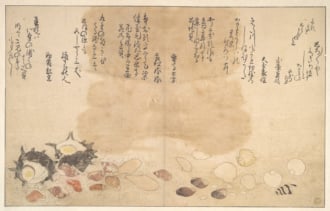 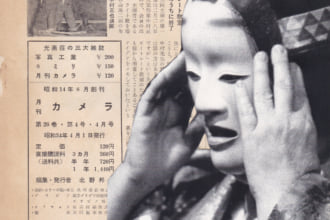 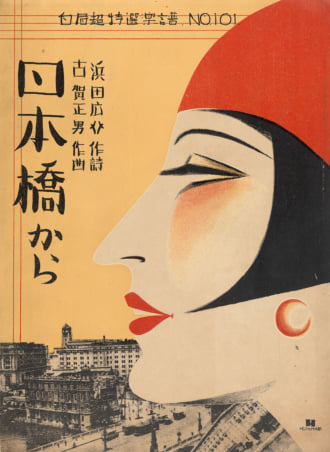 The Emergence of the Modern Woman in Japan