The artist duo were brought together in 2011 for a special commission. A decade on, their practice would become groundbreaking. 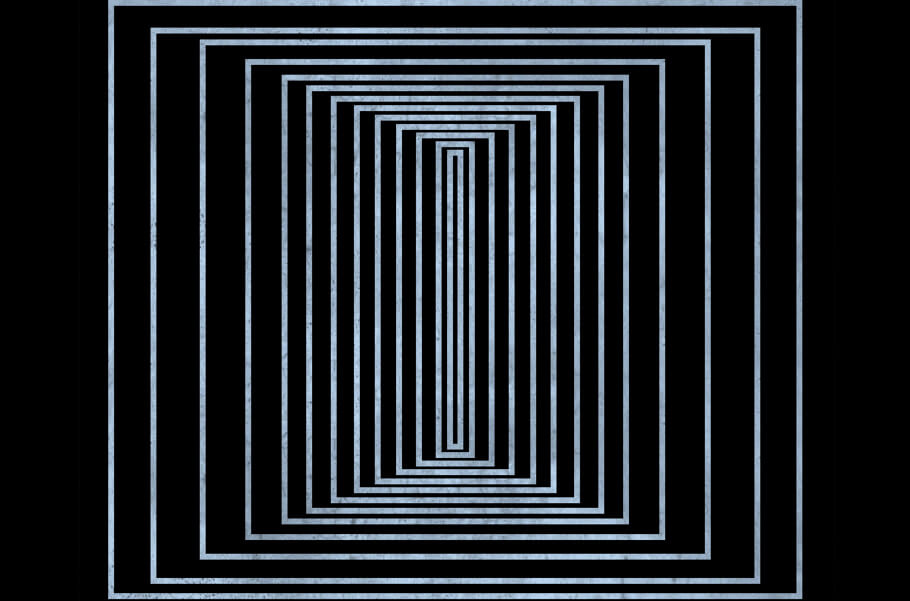 In 2011, the architectural Bigoni-Mortemard firm commissioned illustrator Noemi Schipfer and the architect musician Takami Nakamoto to create a mural installation in the lobby of a new public housing block in Paris. In 2013, the pair, now working as Nonotak Studio, began making audio-visual installations creating immersive environments. ‘Everything is about immersion’, says Takami Nakamoto in an interview with The Quietus. No one could have predicted how groundbreaking their practice would become a decade on.

Takami Nakamoto and Noemi Schipfer have created works for prestigious institutions across the globe, from the Lyon Opéra House to the Tate Britain and the Roppongi Art Night in Tokyo. The Franco-Japanese artists mostly create ephemeral works, such as their 2013 performance at Paris’s famed Nuit Blanche. The piece, entitled Late Speculation, took place at the Pavillon Carré de Baudouin with Takami Nakamoto live-mixing an electronic music soundtrack and Noemi Schipfer directing the visuals. The pair were enveloped in darkness with beams of light criss-crossing the architecture of the space, which was punctuated by the music.

The performance has also taken place at MU artspace in the Netherlands, Elekta Mutek in Quebec, and at Fuz festival in Gentilly in the Paris suburbs, with each variation unique to the architectural space it inhabits.

A more recent project saw Nonotak transform the Farol Santander in Porto Alegre, Brazil for the performance GIANTS. Produced on a monumental scale inside the 20th-century Baroque-rococo architecture, the space was imbued with a futuristic sci-fi vibe, where monolithic light installations sat alongside the building’s impressive columns.

While Nonotak’s work is surely best experienced live, in immersion, you can also find videos and soundtracks on their website and explore their entire back catalogue. 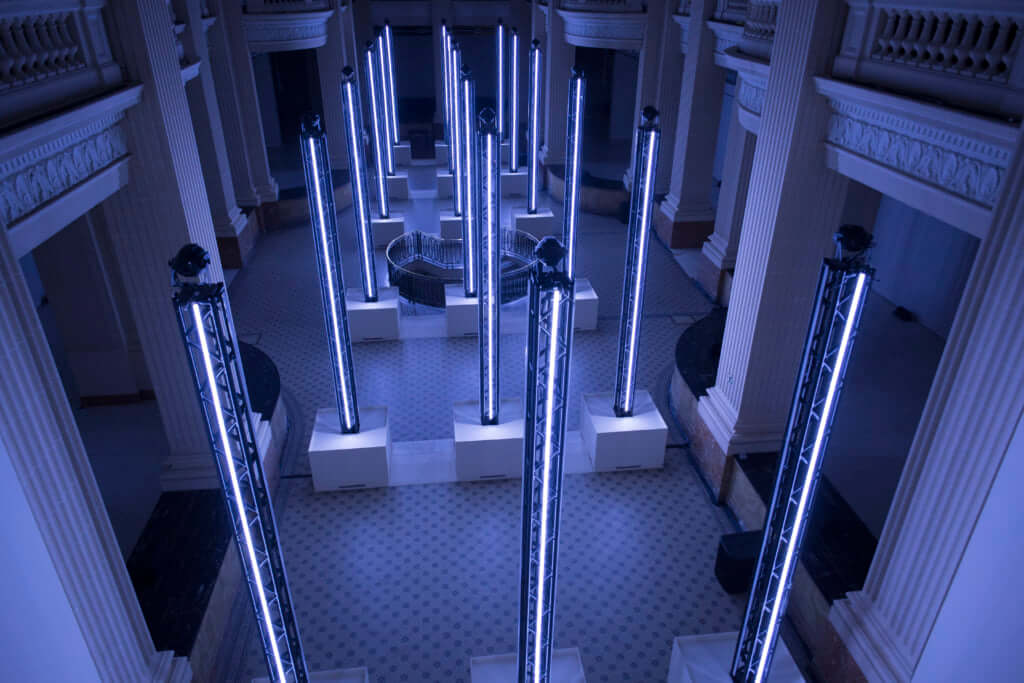 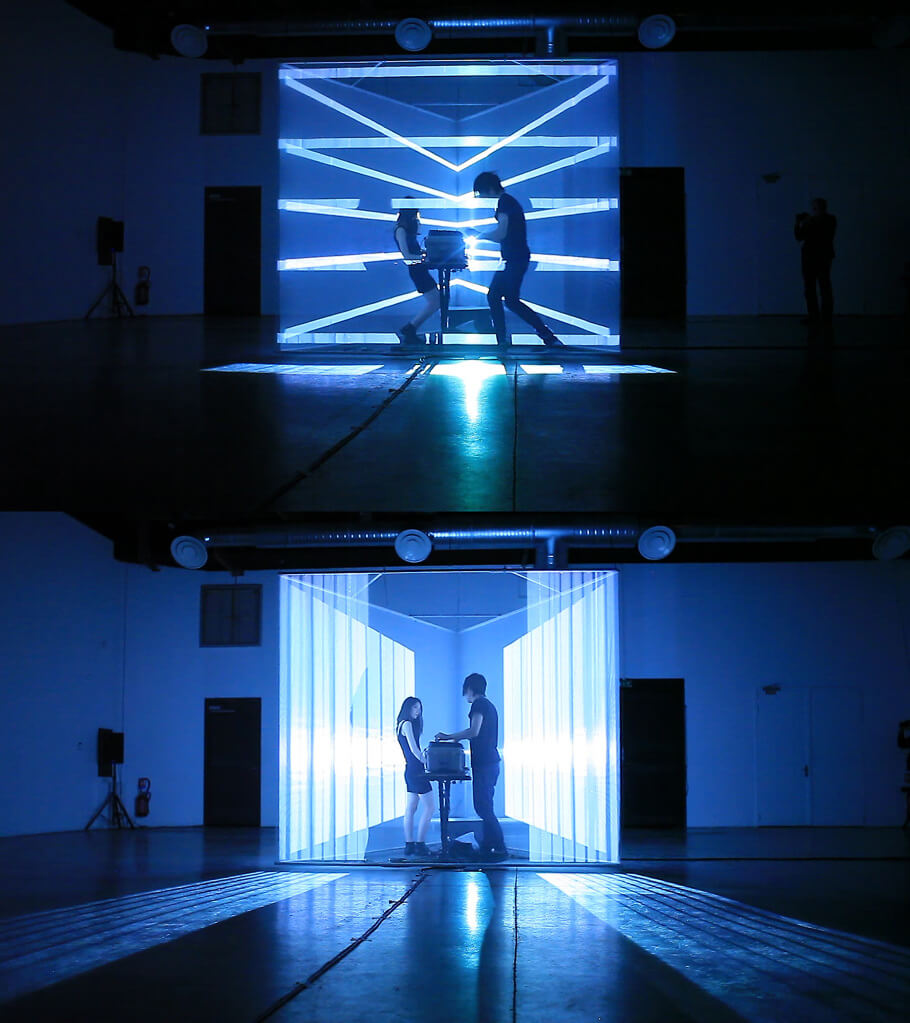 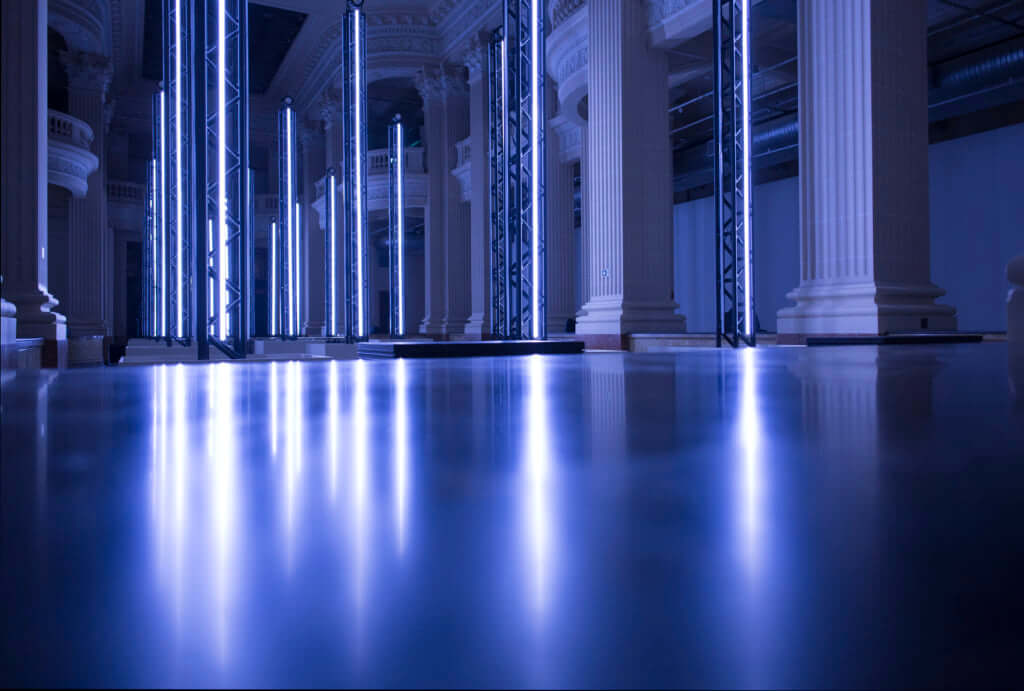 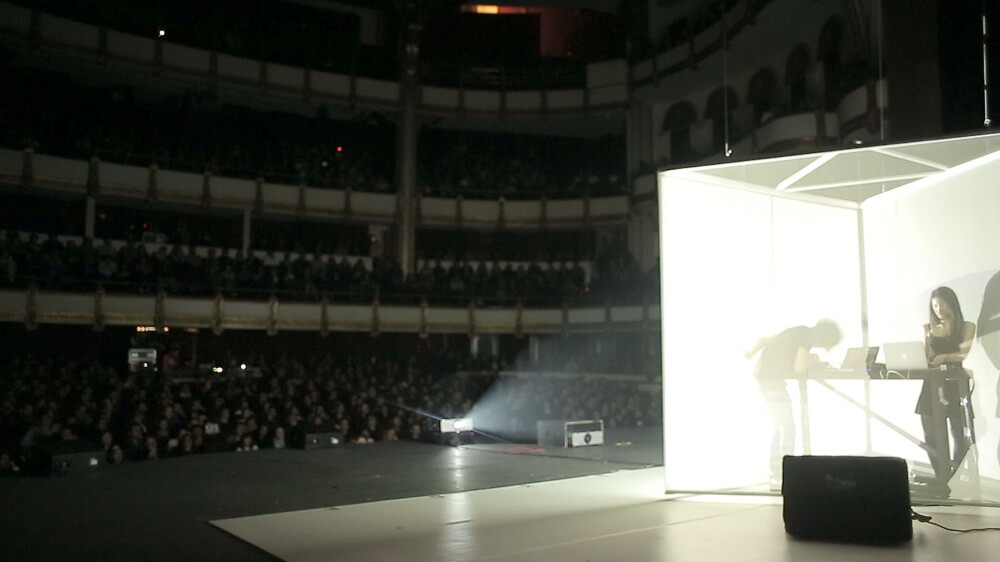 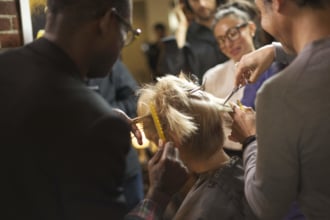 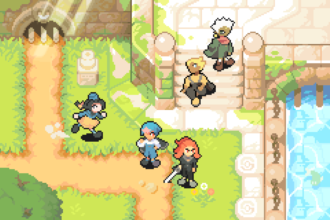 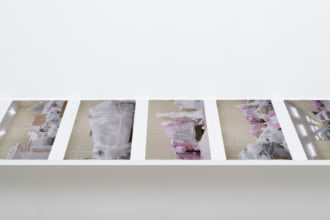