Taking Time to Watch the Forest Breathe With Takeshi Shikama

Combining history with a photographic technique, 'Silent Respiration of Forests' is a call to rethink our relationship with nature. 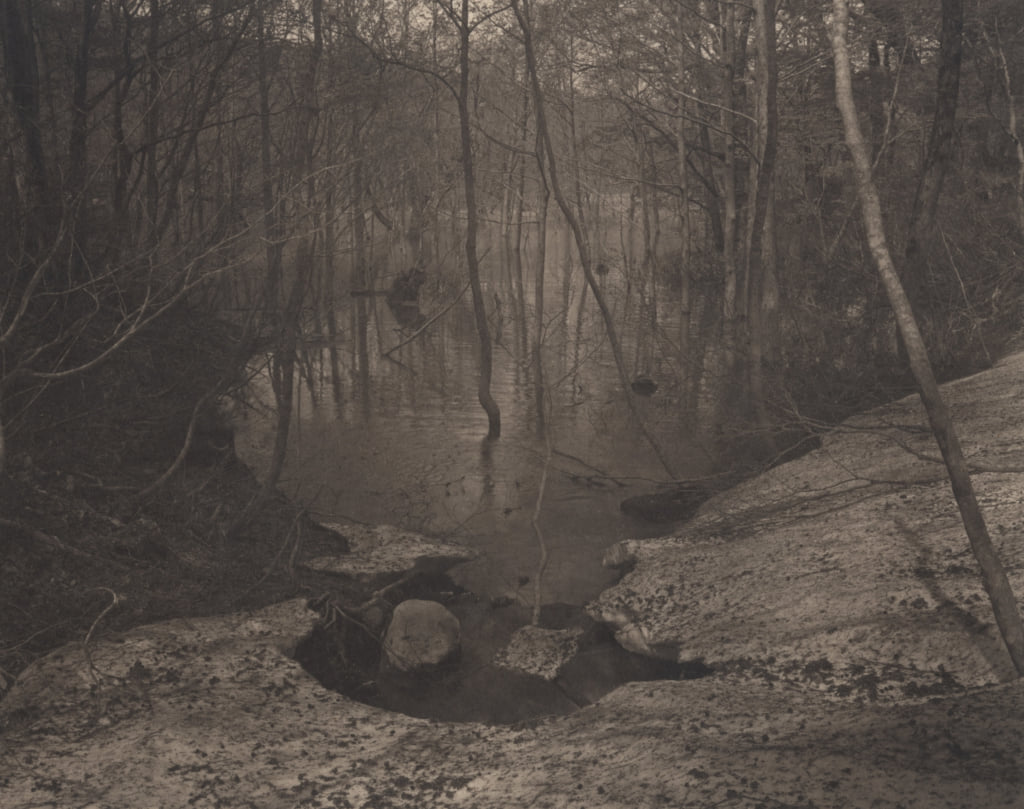 In autumn 2001, Takeshi Shikama wandered off the mountain path where he was walking, went into the forest, and lost himself in the shadows of the trees. ‘I found myself suddenly seized with a strong desire to take photographs’, he remembers. The artist felt more than a desire; it was a call of nature. The following day, he went back and got to work. This moment turned his life upside down. He left the world of design and devoted himself to his new passion: capturing the souls of forests all over the world—a pursuit that has given rise to several series of photographs.

At the root of this realisation was the plan to leave Tokyo with his wife and build a little wooden house in the heart of nature, and to achieve this he had to fell red pines that were almost one hundred years old. ‘I still vividly remember the sensation I had as I sat astride the felled down trees, stripping them of their barks. The trees collapsed onto the ground with a huge thud, making my entire body tremble; I looked up and remained motionless for a while, totally overwhelmed by the vastness of the sky. Almost as if stained by the blood rushing from another person’s wound, I was covered with splashes of tree sap spurting from the edge of the blade of my hatchet. This made me acutely aware of the living energy of the trees’, the artist explains.

As part of an approach linked to Shintoism, the artist, born in 1948, observed the danger facing forests—linked to both climate change and the eradication of the connection between humans and nature—and decided to devote his life to it and establish a dialogue with these places that have been cherished for centuries. To do this, he uses his view camera and creates platinum-palladium prints on traditional Japanese paper, with a result that offers tones from cold black to brown.

The photographs, which recall the work of 19th-century masters such as Ansel Adams and Carleton Watkins, reveal the most minute details of trunks and branches and their environment, which do not appear to be fixed on paper. The long exposure time gives the impression of following the movements of these beings, of feeling their reaction to water, the wind, and the noise of their leaves. The different series produced on this topic encourage contemplation, taking the observer from Mount Chokai to Mount Ishizuchi and as far as Yosemite National Park in California. Takeshi Shikama has carved out a place in the history of photography by bringing together the world’s natural and cultural, technical heritage in his work.

To discover another facet of his work, the series Urban Forests allows the public to discover the most beautiful interactions between humans, the city, and nature in the parks and gardens of Barcelona, New York, and Paris.

Mori no Hida — Silent Respiration of Forests (2007), a book of photographs by Takeshi Shikama, is published by Toseisha. 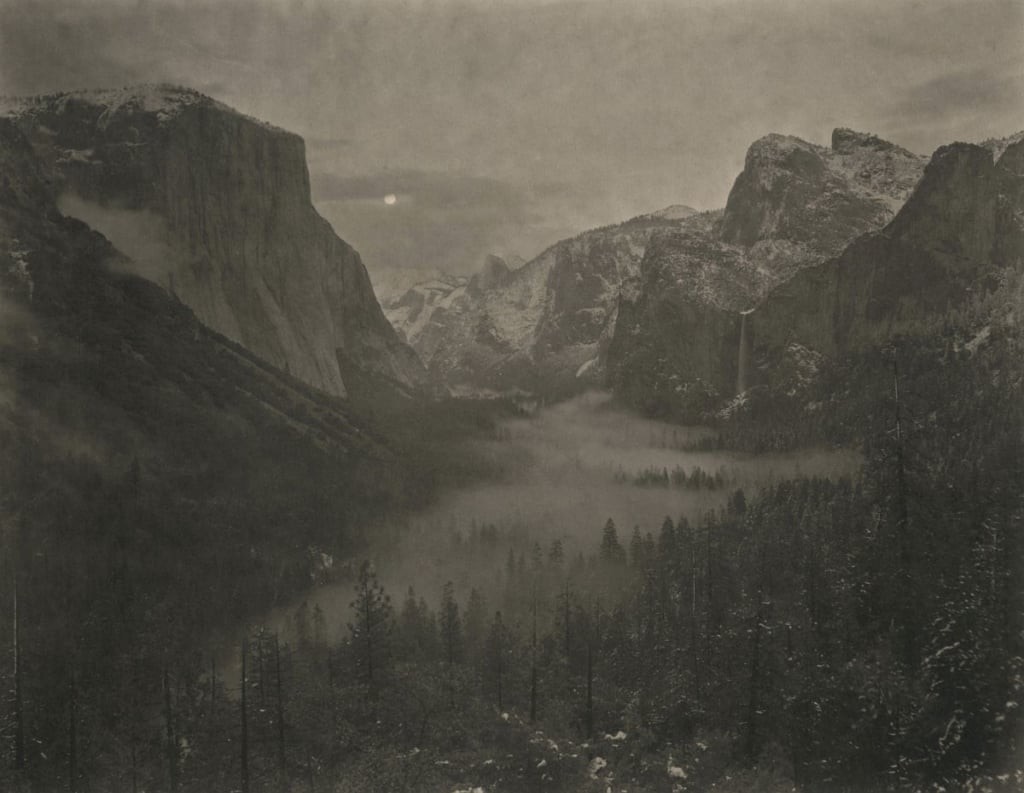 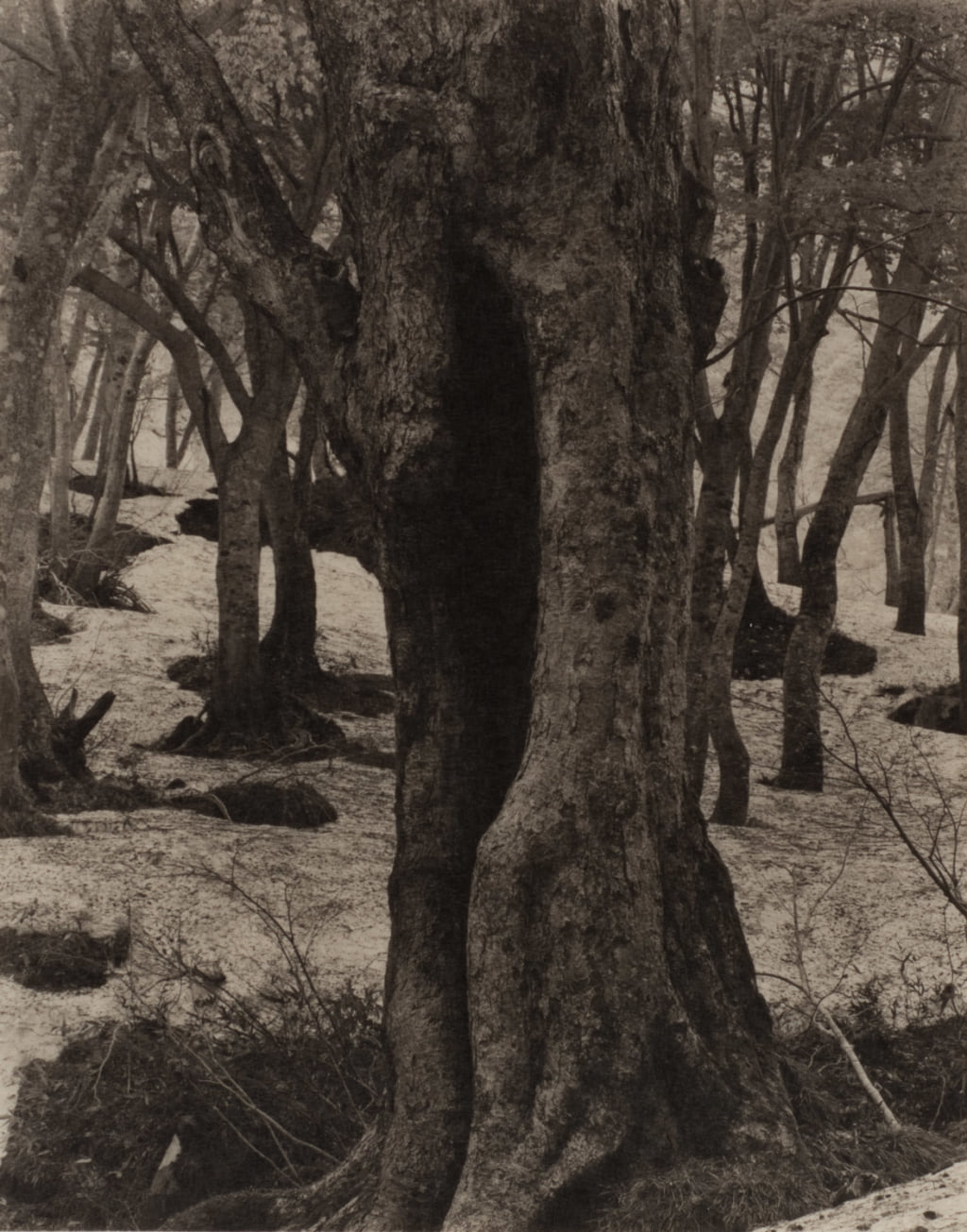 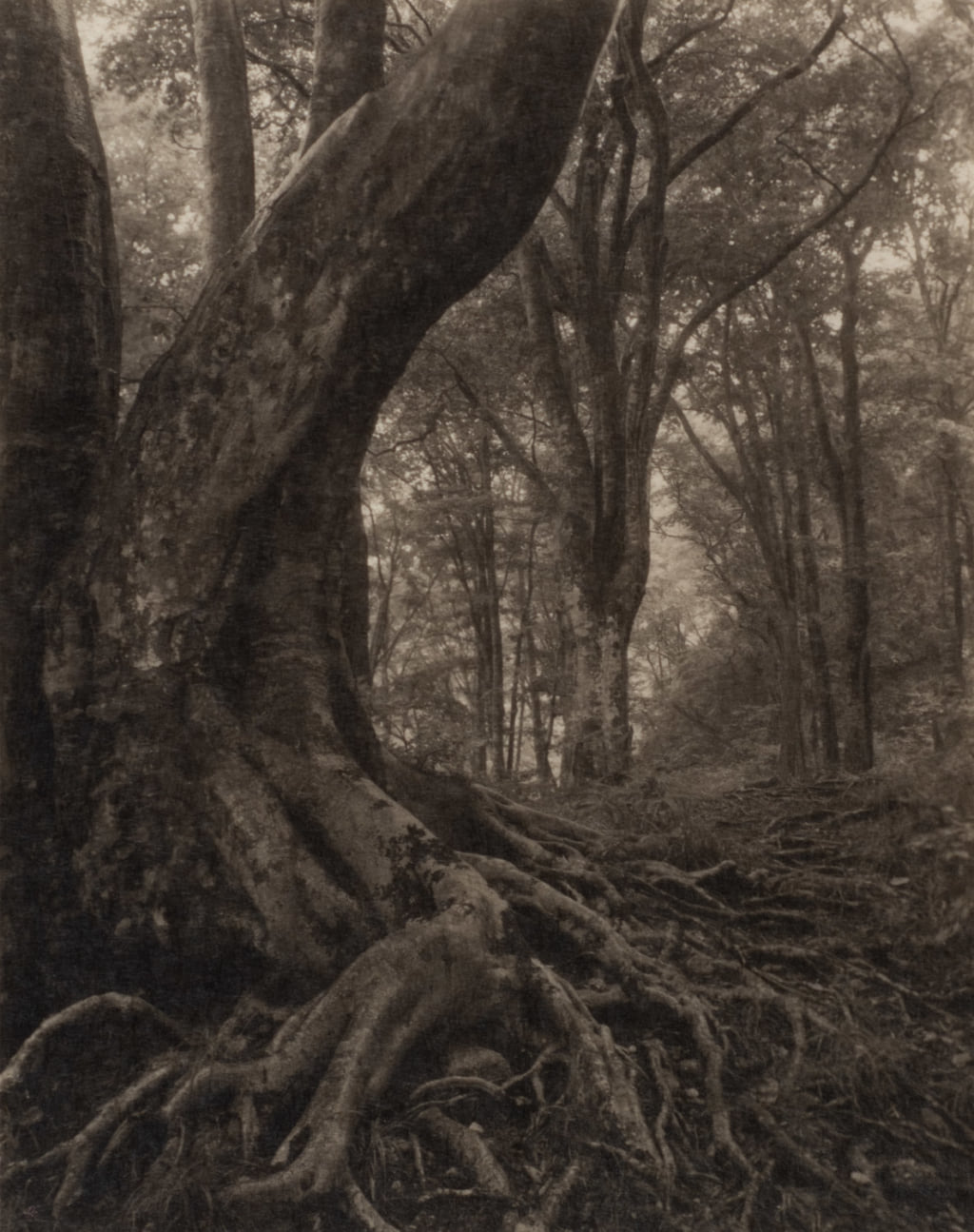 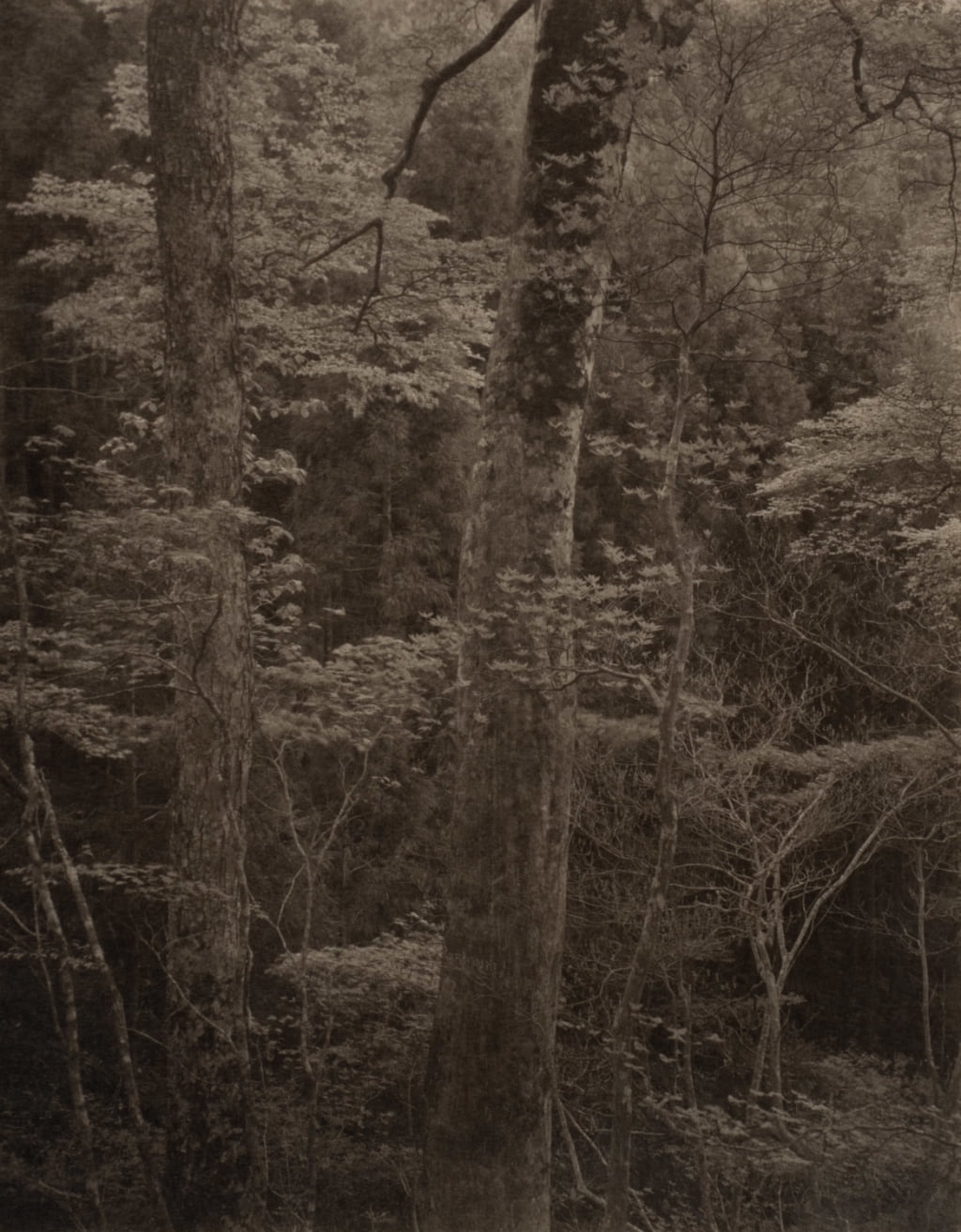 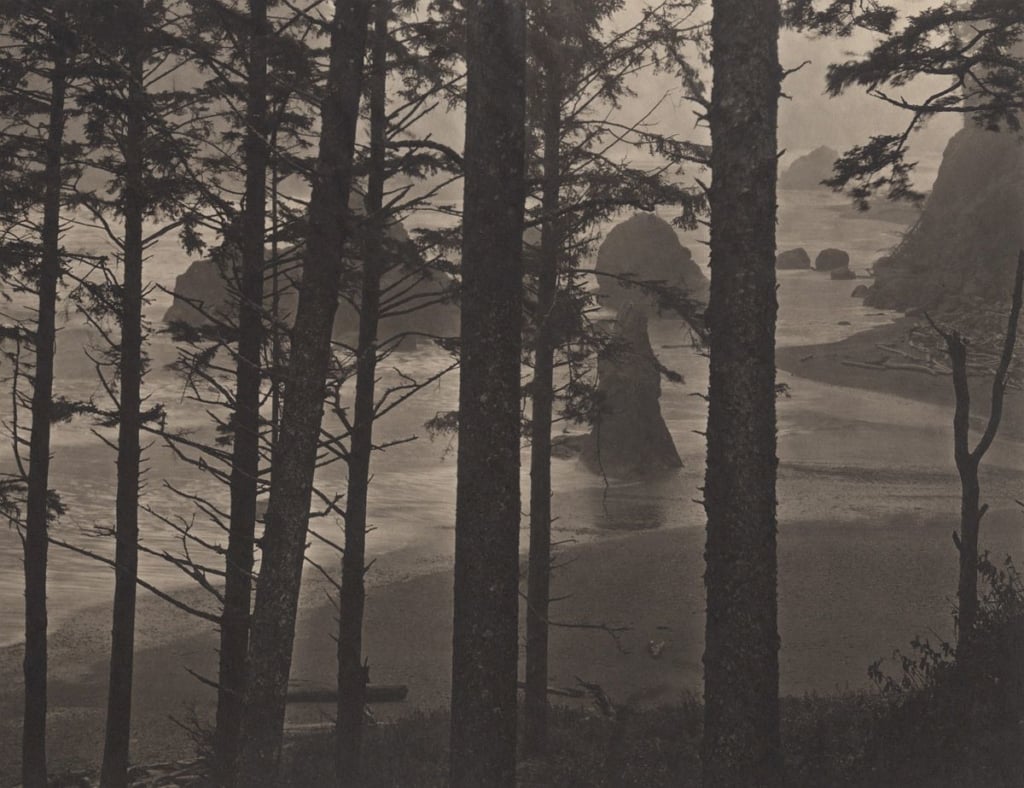