The 49 Pumpkins of the Atomic Bomb

With the video ‘Pumpkins’, Takashi Arai employs irony to question the extreme violence that Japan encountered in 1945. 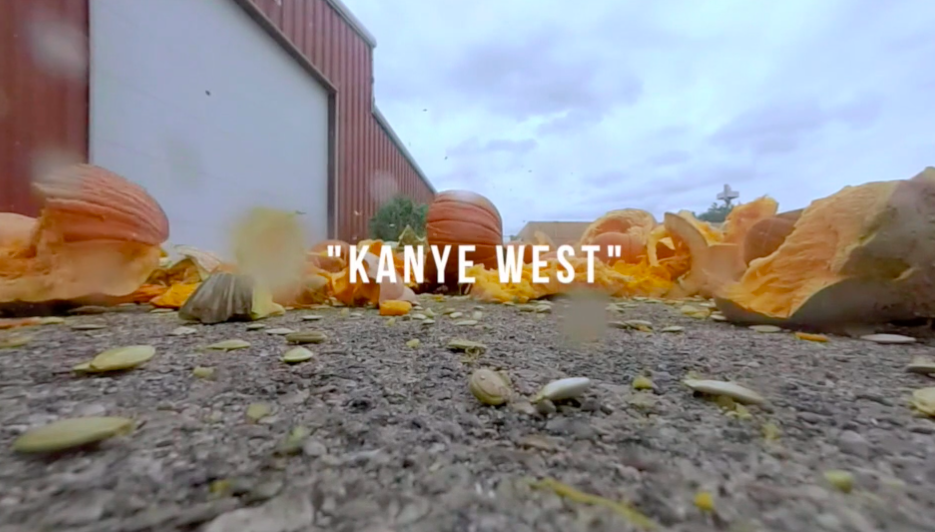 On the 6th and 9th August 1945, the A bomb was used in Hiroshima and Nagasaki, changing the world forever. Rumour has it that one year later, 49 pumpkins were mysteriously harvested from a field in Hiroshima. This tale echoes a darker reality: the dropping of 49 bombs, nicknamed pumpkins, by the American army in preparation for the final attack. These bombs were non-nuclear, but instead were made from plutonium and given their nickname because of their shape. In the autumn of 2014 during a residency at the San Antonio Artpace in Texas, the Japanese artist Takashi Arai created the film 49 Pumpkins using real pumpkins, airdropped in.

The photographer and filmmaker, born in 1987 in Kawasaki, is interested in the origin of things. His training initially led him to study biology, and such scientific pursuits continue to influence his work to this day, notably in terms of his mastery of the Daguerrotype photograph technique that dates back almost two centuries. His works are part of institutional collections in the Museum of Fine Arts in Boston, the National Museum of Modern Art, Tokyo, and the Musée Guimet in Paris.

If this strange detail of the pumpkins drew the attention of the artist, it was in particular due to the fact that for more than 80 years, two opposing perspectives with regard to the use of the Atomic bomb have existed throughout the world. Some judge this historic moment to have been useful and necessary while others judge it to have been a crime against humanity.

The video 49 Pumpkins — 11,12 min — stages the dumping of the pumpkins with long sequences honing in on the landing of each. The symbolic dimension of this vegetable, associated — most notably in the United States — with Halloween, is immediately obvious. While the Dia de Muertos is more important in Mexican culture and in the south of the United States, the artist still wanted to call upon young Latino actors to participate in the video. When these actors are seen playing with the pumpkins, throwing them to one another, it ‘personifies an air raid, reminding me of when I myself played with friends, mimicking jet fighters, bombers, and tanks when I was six or seven,’ explains the artist in an interview with Pen.

Similarly to the model nicknamed ‘the pumpkin’, each American bomb had its own name. This naming practice seems striking, but was common at the time, and not only in America. ‘I researched the names of Imperial Japanese weapons, but they all sounded grim, desperate, and fanatic, never “humorous” or ironic like the American ones.’ In the video, at the moment it is dropped, each pumpkin is baptised, not with the names found in the archive, but freely, by the residents of San Antonio who helped harvest them. The names range from Scarface to Kanye West. ‘Irony or a sense of humour is thus a useful tool to appeal to the larger public,’ says the artist.

With this project, the artist seeks to ‘explain the historical background of pumpkin bombs as well as explain [his] intentions to potential donors.’ The context and the themes of this work are sensitive, and the help of the local community and the Devil Dog Squadron (in charge of the B-25 Bombardier) render the work particularly poignant.

To find out more about the artist’s work, take a look at the series Tomorrow’s History, developed in 2016, depicting images of Japanese youths from 14 to 17 years old, centred around the question, ‘can we predict the future?’ 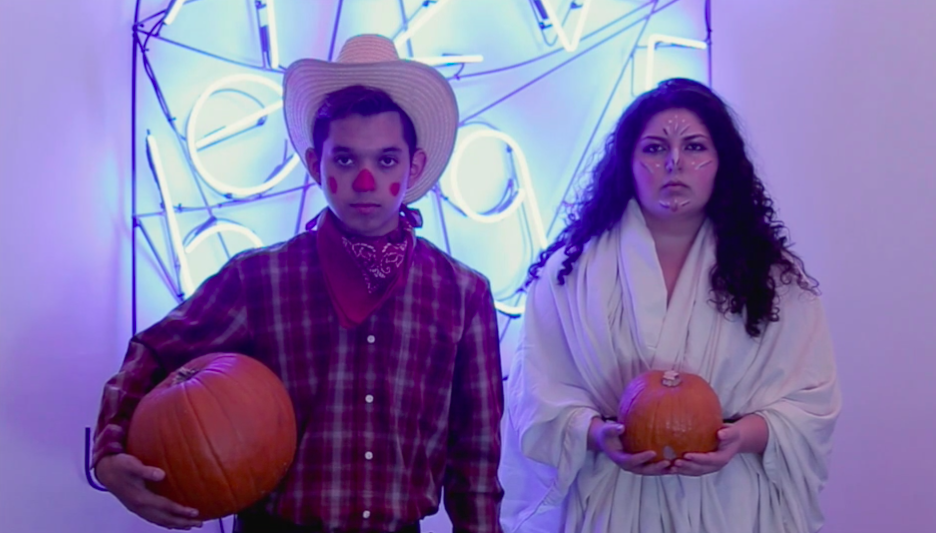 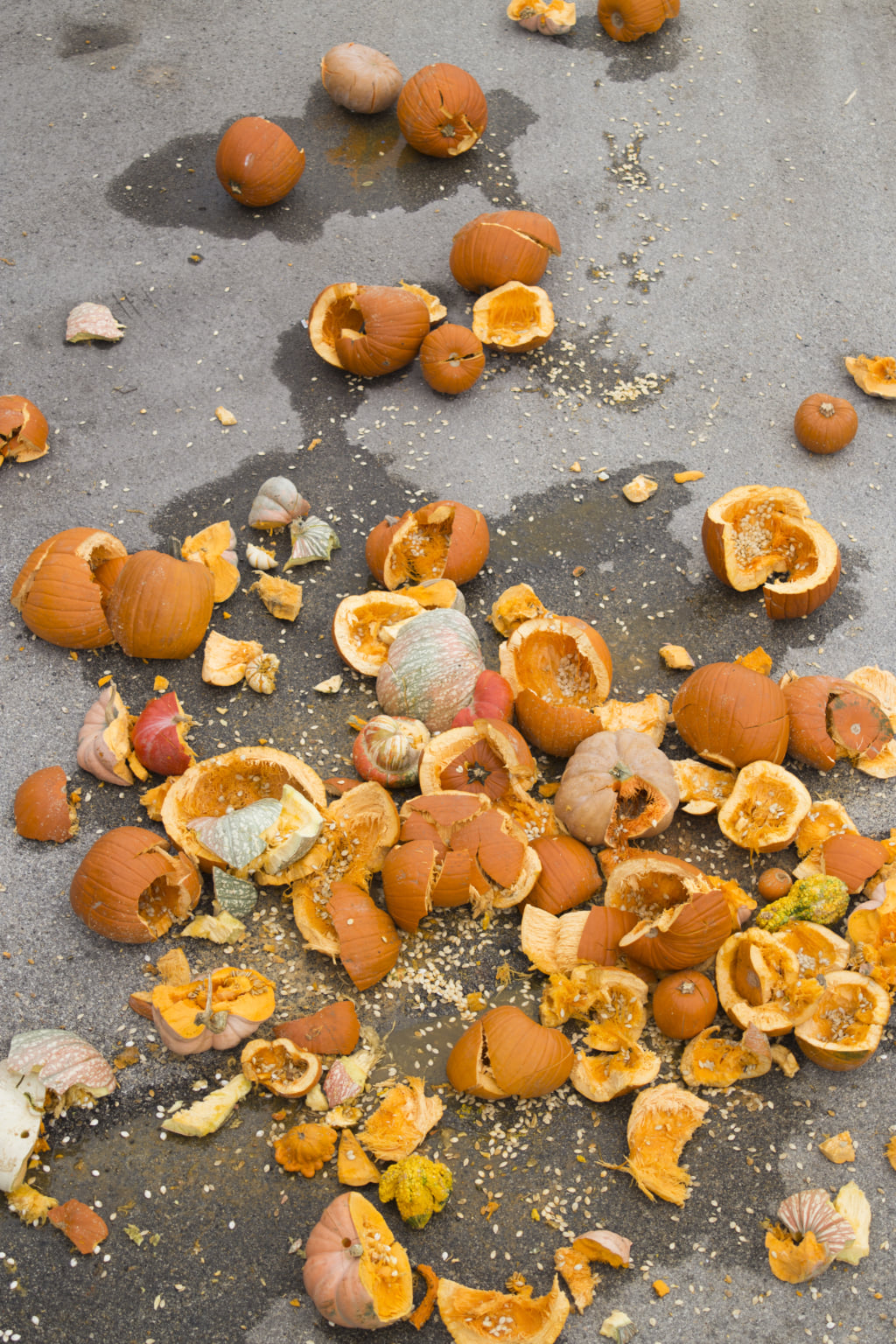 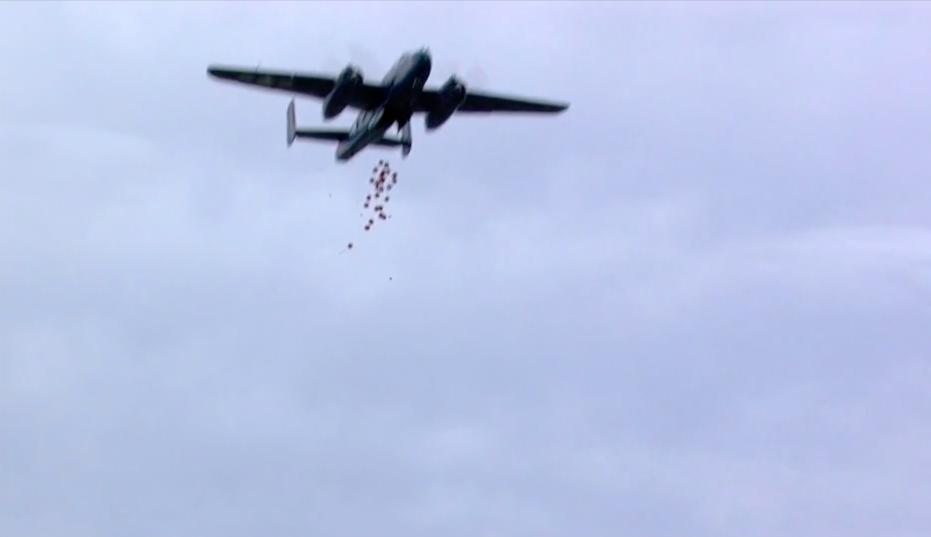