The Dialogue Between Camus and a Photographer of Remembrance Sites 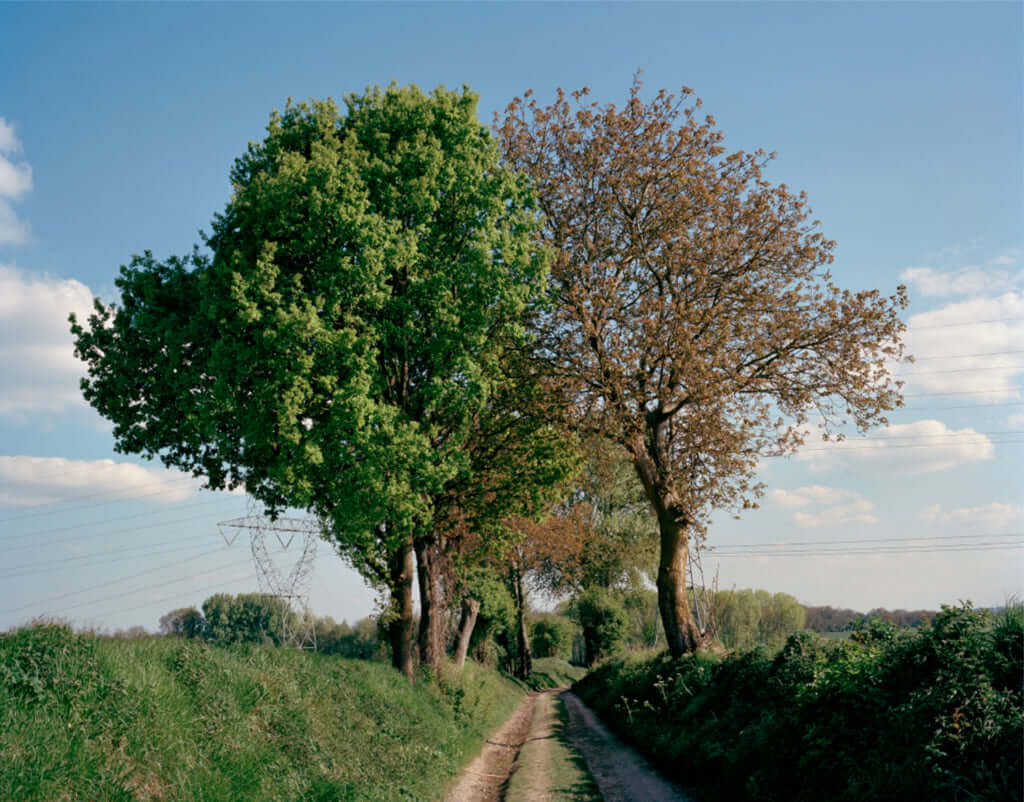 Entwined - Trees in the middle of a former trench at the Battle of the Marne ©Tomoko Yoneda, courtesy of ShugoArts

‘Neither victims nor executioners’. When she read the series of essays written by Albert Camus for the journal Combat just after the Second World War, Tomoko Yoneda was deeply moved. This photographer, who specialises in historical and remembrance sites, set herself the mission to retrace through images the French writer’s journey from his native Algeria to the significant places in his life in France.

She starts her journey at the grave of Camus’s father, who died in the Battle of the Marne in 1914 in Saint-Brieuc. The photo shows a trench lined with trees on a perspective line. One site is in bloom while the other is covered in dead leaves. The photographer’s journey continues in Algiers and Tipaza in Camus’s native land, where Yoneda’s emotionally charged vision translates the distinctive atmospheres and her impressions taken from conversations with the locals. Her research then moves to France, from Paris to Marseille, to the places that were so dear to the writer.

Yoneda considers it important to remind ourselves of the notion of a radiant, universal love and to reflect on the nature of humanity in these troubled times where governments are flirting with the possibility of conflict. Because, all in all, in his essays, Camus rejected the duality of the role of victim or executioner. Instead, he sought throughout his life to reach an ideal of balance and justice. This desire positively emanates from Yoneda’s photographs, which convey her highly personal interpretation.

The series ‘Dialogue with Camus’ was exhibited at the Maison de la culture du Japon à Paris in 2018, and then at ShugoArts in Tokyo in 2019 as pictured. In 2020, it will be on display at the Fundacion MAPFRE as part of an individual exhibition by Tomoko Yoneda. A first book bringing together her work will be published especially for the occasion. 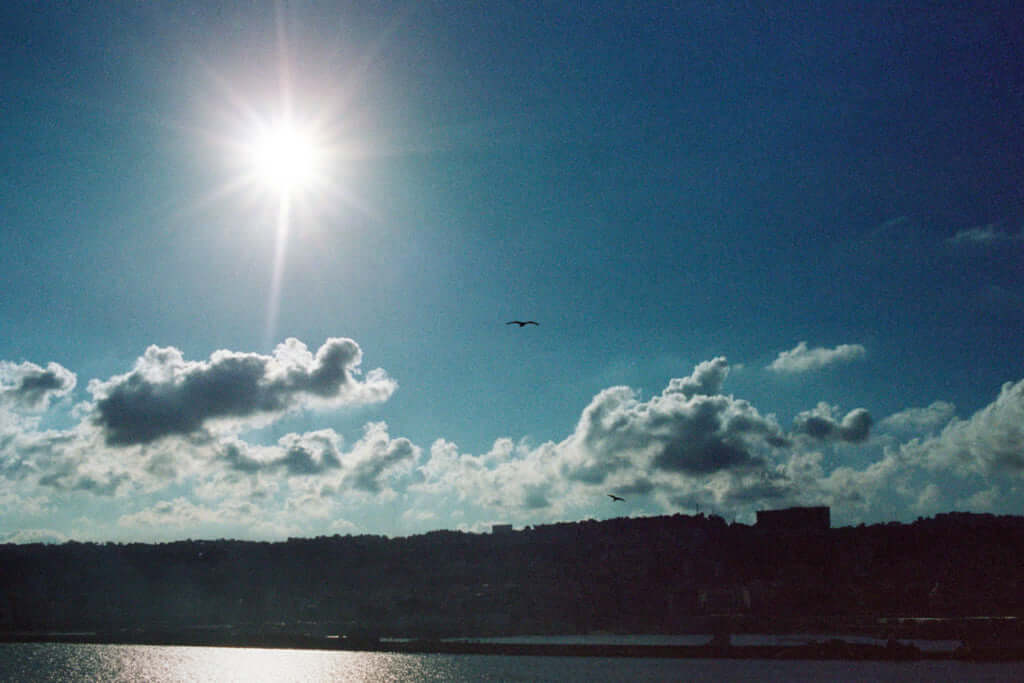 The sun in Algiers ©Tomoko Yoneda, courtesy of ShugoArts 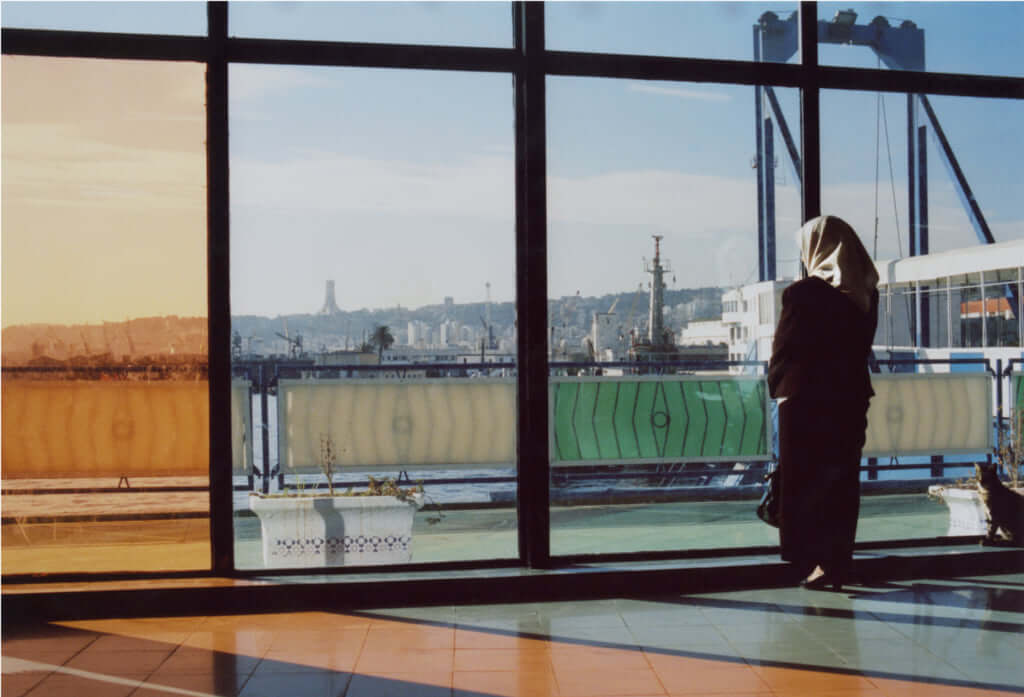 Waiting for a ship - The port of Algiers ©Tomoko Yoneda, courtesy of ShugoArts 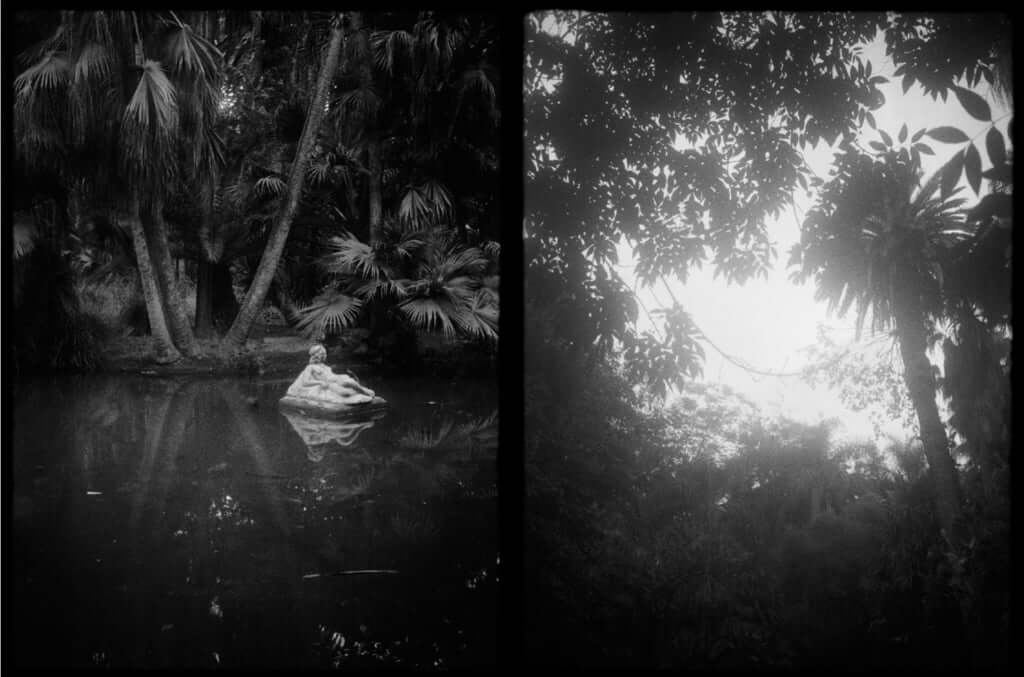 A statue in a pond and sky seen through palm trees. Botanical Garden of Hamma, Algiers, Algeria ©Tomoko Yoneda, courtesy of ShugoArts