A Lamp Designed in Paris and Kyoto

This ceiling light designed by Elise Fouin was created with the aid of artisan Yoshishige Tanaka's folding and dyeing techniques. 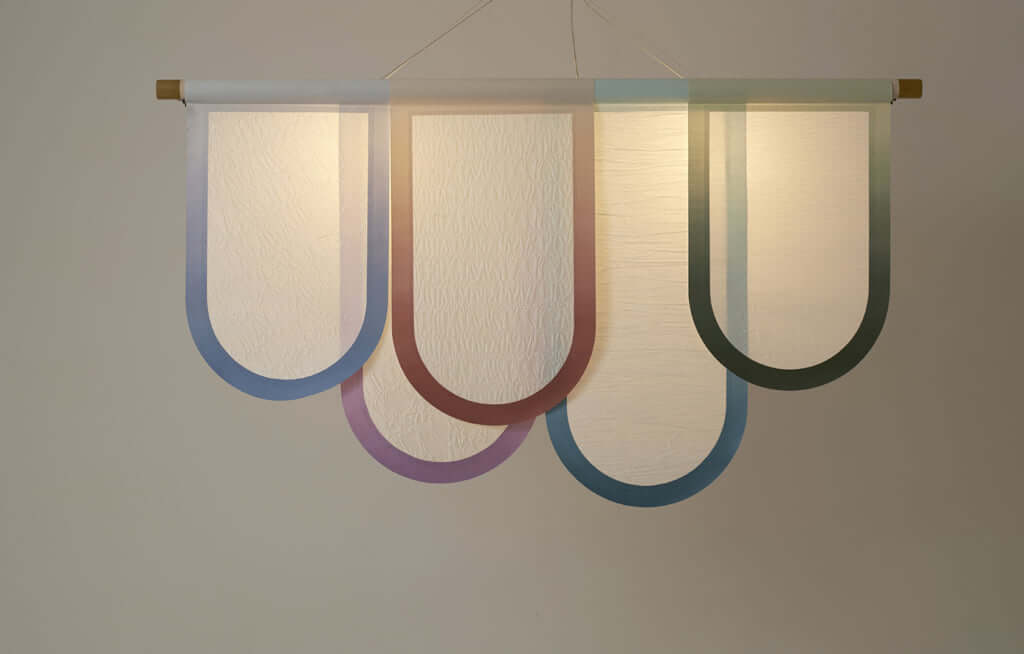 When designer Elise Fouin, a graduate of the Ecole Boulle in arts and crafts and design, responded to a call for projects to develop an object between France and Japan, she had never worked with a Japanese artisan before. This was therefore a first for the designer, who created a paper lamp as part of the Kyoto Contemporary Project.

This programme, which takes place over two weeks in Kyoto, connects designers and artisans so that they can come together to create an object. Yoshishige Tanaka, an artisan from Kyoto, was intrigued by the idea of a paper lamp, as he tended to only make pieces of furniture like screens and coffee tables. This marked the start of long days spent in Yoshishige Tanaka’s studio, working on and refining the project. ‘The execution really stays true to my initial drawing. Tanaka-san showed great respect for my creation, he did everything to execute what I had in mind’, Elise Fouin explains. ‘And I did my best to put together a design that showcased his technique fully.’

An artistic and human encounter

Their work thus combines two techniques dear to the artisan: hyogu, which involves mounting sheets of washi paper onto other sheets, and kakejiku, which is a painting done on paper or silk. ‘Even though I don’t speak Japanese, Tanaka-san doesn’t speak French, and the English that Google Translate gave us was a joke, we realised that art and craftsmanship are actually like a form of language’, the designer reflects. ‘We were together in the workshop trying out collage and folding, and making sketches as we made new discoveries. We understood each other without needing to speak. It was a real human adventure, a source of interest beyond the object’, she continues.

Thus Saika was born, a lamp made up of washi paper tiles, surrounded by fabric painted in gradients, the colours of which recall those used in landscape prints. The entire piece is attached to a beech cane. Saika was Elise Fouin’s first Franco-Japanese collaboration, but she repeated the experience, designing knives with an artisan from Tokyo. The lamp can be purchased by contacting the designer directly (for European buyers), or Gengoro (for those in Japan).

Saika (2018), a lamp created by Elise Fouin in collaboration with Yoshishige Tanaka, can be viewed on the designer’s website. 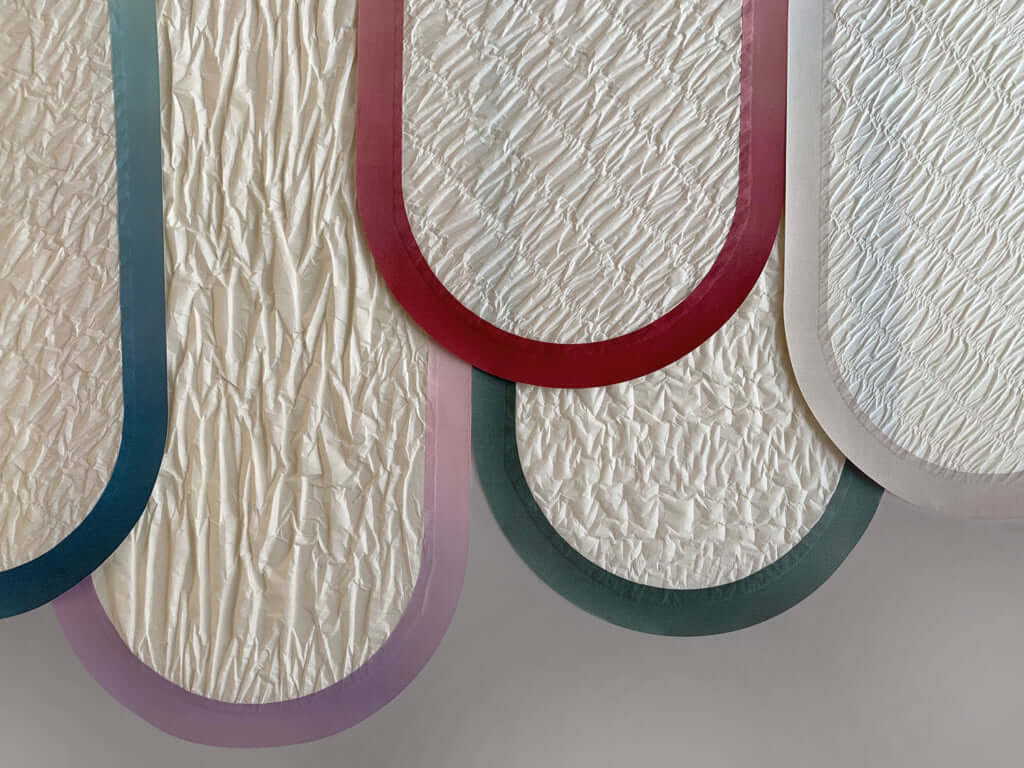 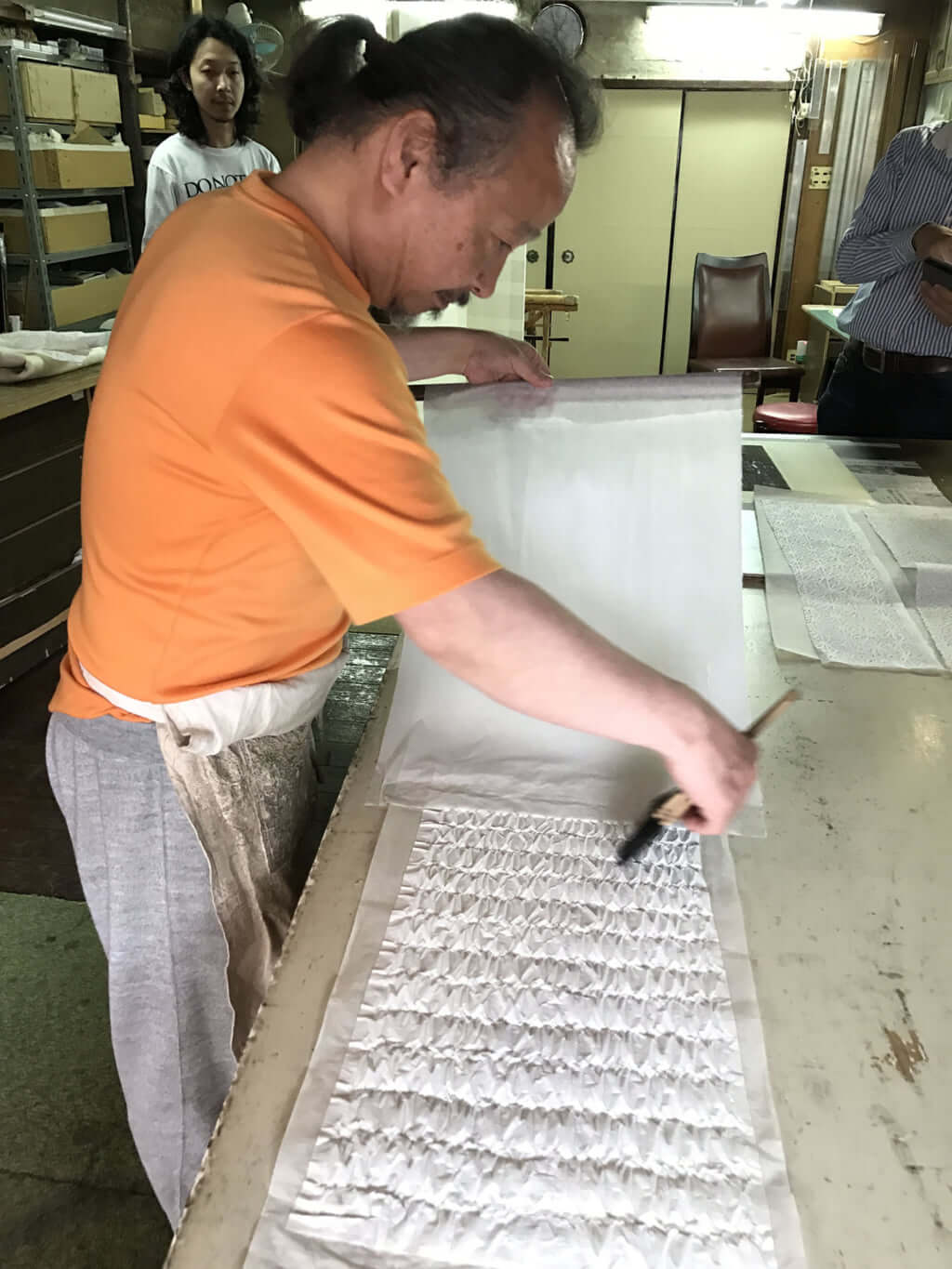 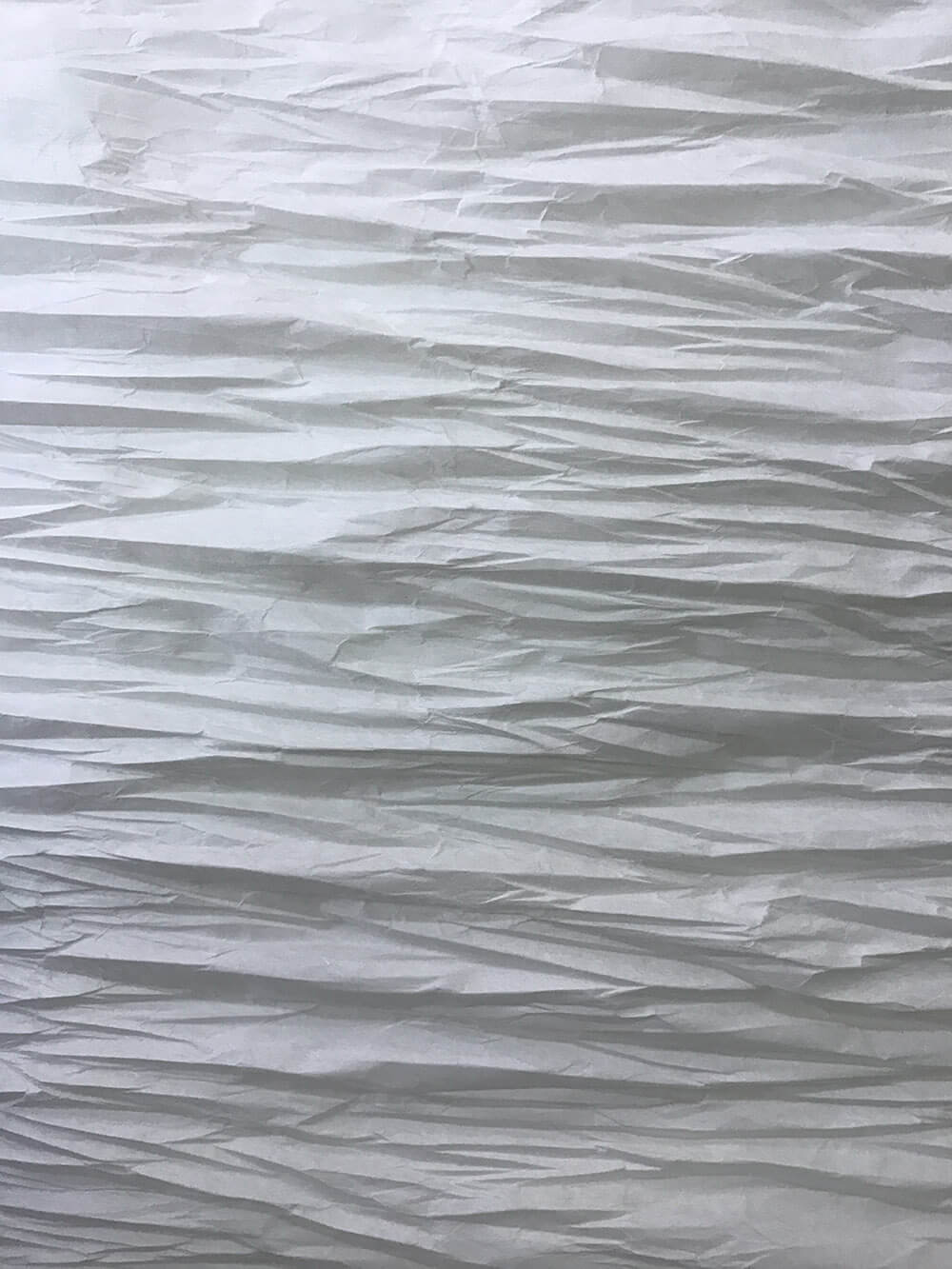 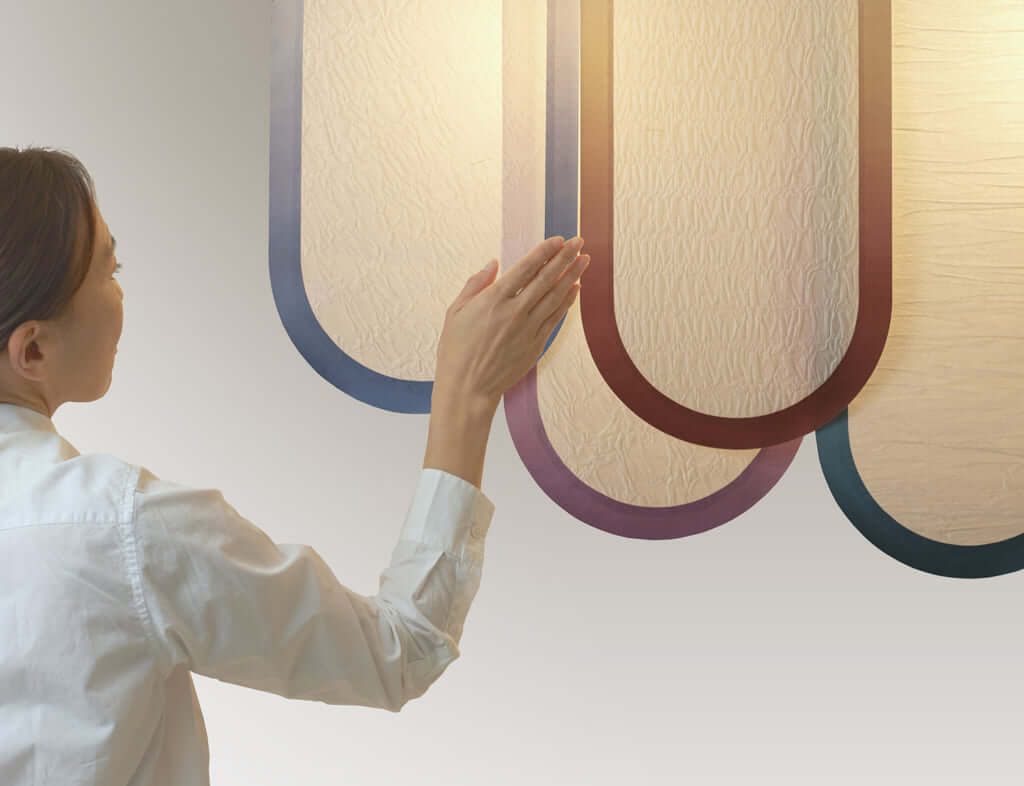 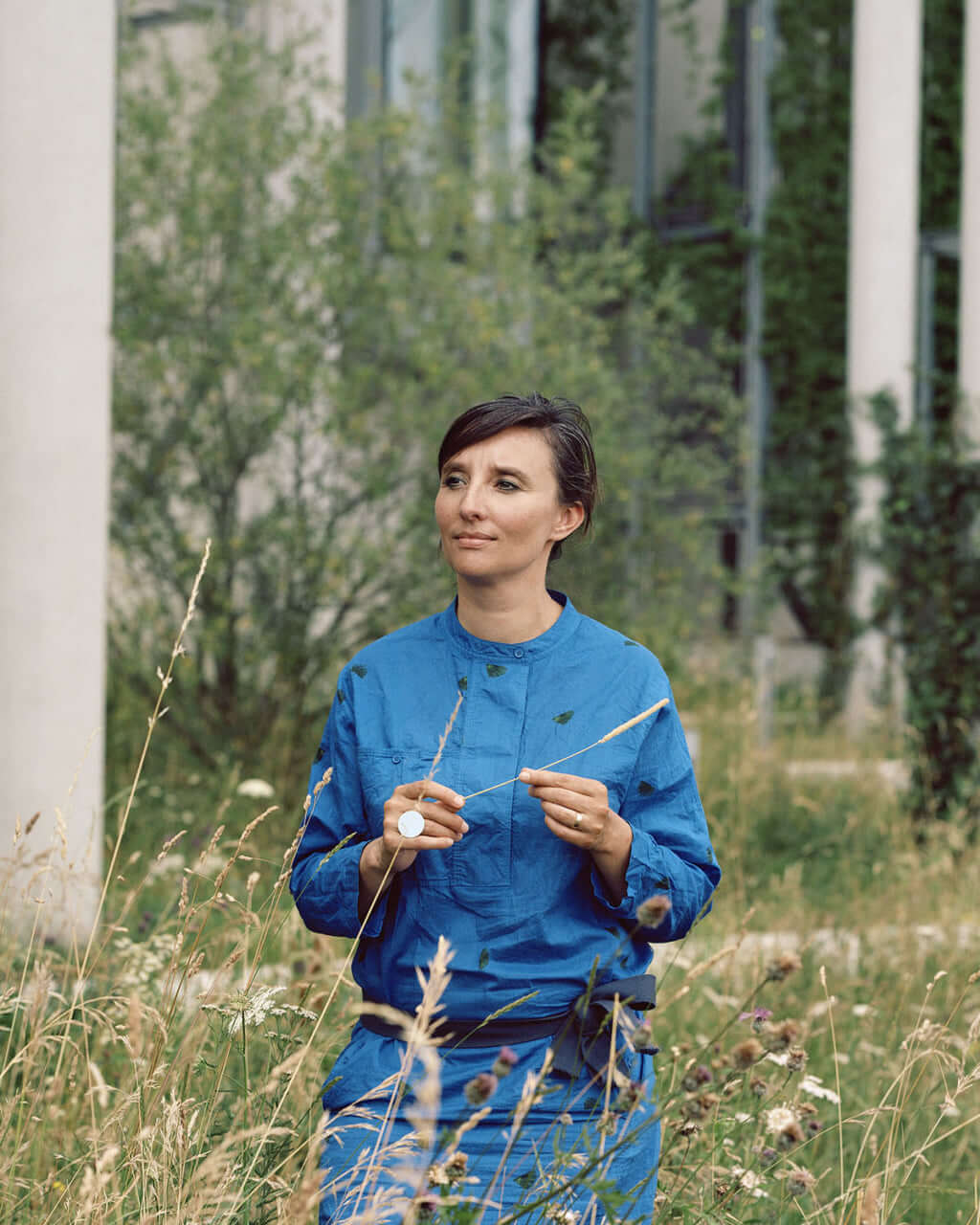 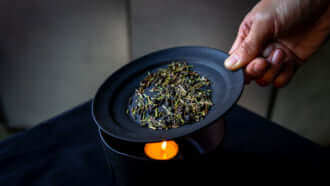