A Journey to Japan’s Sacred Mountains

The Three Sacred Mountains in Kansai #01 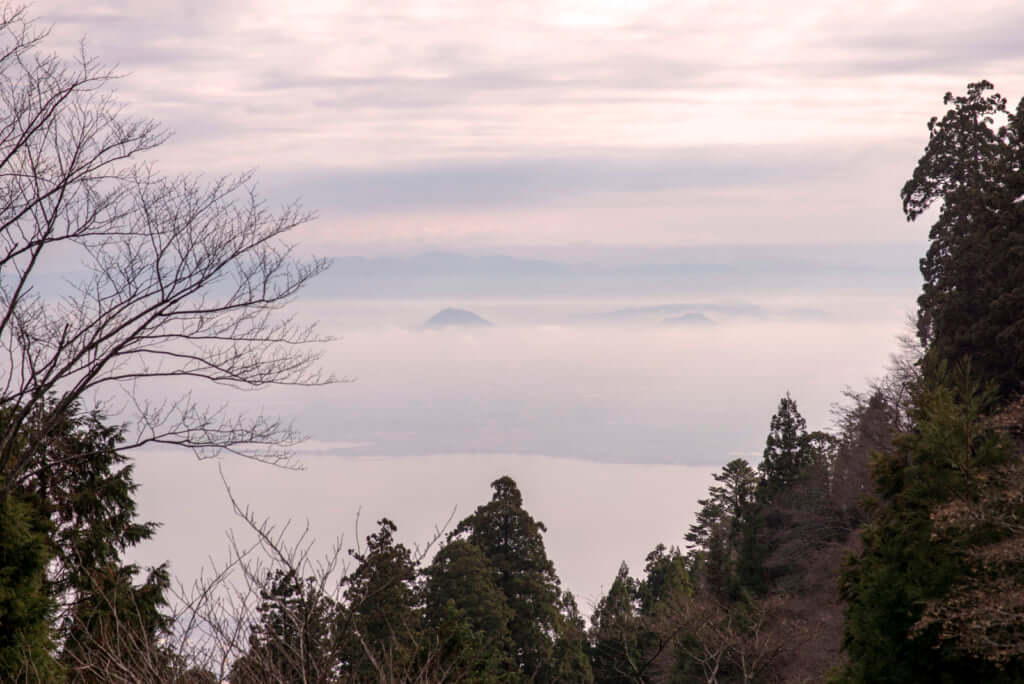 From its imposing stone steps, the entire valley is laid out before you. The town of Sakamoto claims the foreground with the Hiyoshi Taisha shrine, one of the most important in Japan. Then just beyond is Lake Biwa. We are told it is the largest in Japan, and that certainly rings true. It seems to extend quite far north into the distance. On the other side of the lake at this point, we spot Kusatsu and Shiga prefecture, already a very different part of the country. At the top of the stairs, the Enryaku-ji temple complex, monumental not only due to its scale, but also its history reaching back over a thousand years, is deeply moving. It is one of the places that make Japan what it is today, no more, no less. It is here that the Buddhist monk Saicho, founder of the Tendai school, chose to lay down roots towards the end of the 8th century. No doubt the countryside stretched out before us has not changed much since then, except for the buildings you can see nestled in the foothills. From this height—Mount Hiei rises to 848 metres—they look like puzzle pieces. Were it not for the summit blocking the view, you could admire Kyoto in the other direction. Japan’s ancient capital is only about 20 kilometres away. But the mountain asserts its presence between the city and the lake, majestic and yet with a feel of mystery. Mountains, as places of spiritual pilgrimage and seclusion, but also dwelling places for divinities, ever-present in tales and legends, have their own particular status in the Japanese imagination.

This is Kansai. In many ways, this area—which the Japanese also call Kinki—is the cradle of Japanese civilisation, on top of being its geographic centre. In a game of shogi (a Japanese version of chess), it would be the king, and in a historical saga it would assume the main role, the one that moves the story along. There is Kyoto, of course, the former capital and jewel much loved by tourists, whether from Japan or overseas. There is also Osaka, a teeming and outgoing city also known as an important trading centre. And there is Kobe, with its harbour, its panoramic views and its Western architecture, standing as a monument to the past. All of this is true, but there is much more to explore here. It is in Kansai’s mountains that we find the ancient soul of Japan, more than a thousand years old, and it is at their summits that was forged if not a philosophy, at least a relationship with the world, the foundations of Japanese Buddhism and the essence of Shinto. Kansai offers places with a past as rich as their influence over the country’s history and its culture. We have in mind Mount Koya in Wakayama prefecture, south-east of Osaka, and Mount Yoshino in Nara prefecture. And of course Mount Hiei as well, straddling the area between Kyoto and Shiga. Our trip to these three sacred mountains begins at Kansai International Airport. It is 8:30 a.m., the day is only just beginning, and ‘Kanku’, as the airport is colloquially known, is already abuzz with the comings and goings of travelers. On the platform, the train for Namba on the Nankai line is waiting. The journey can now begin. 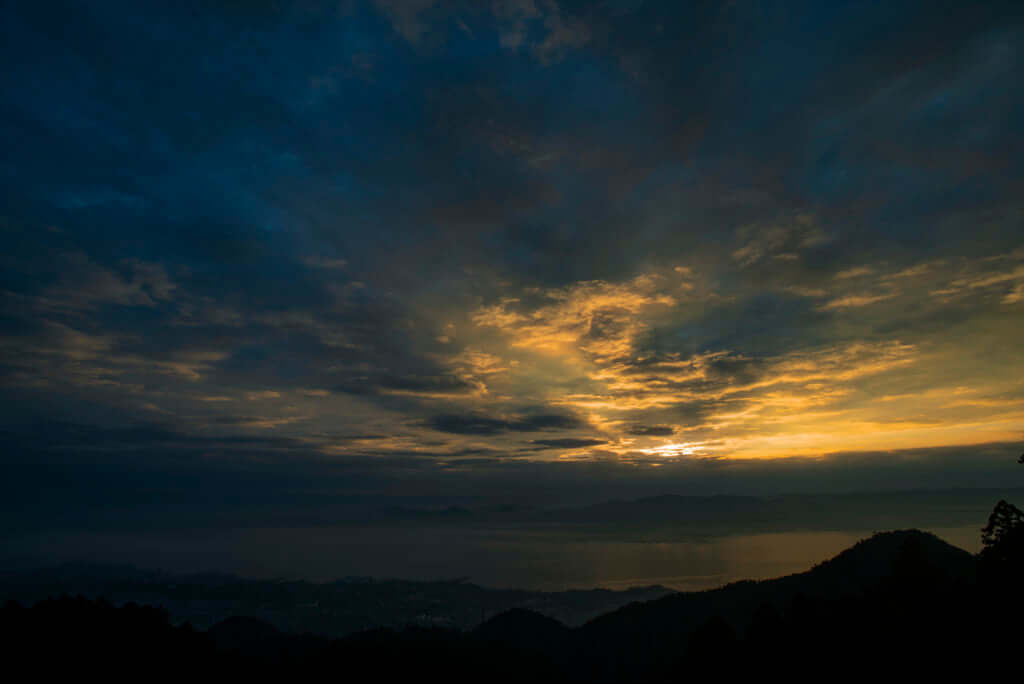 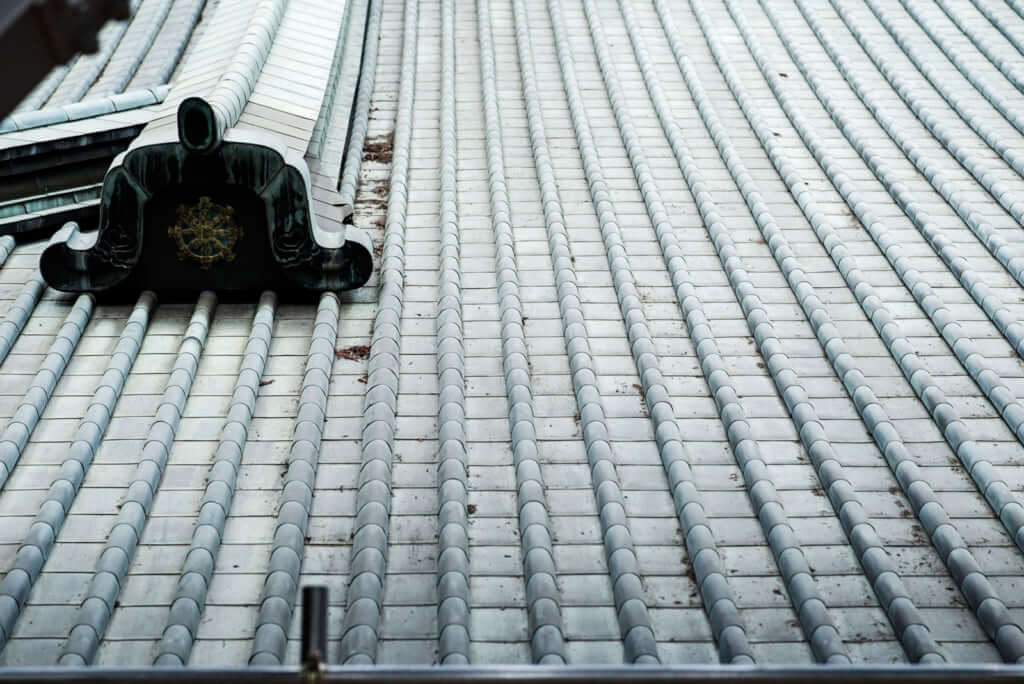 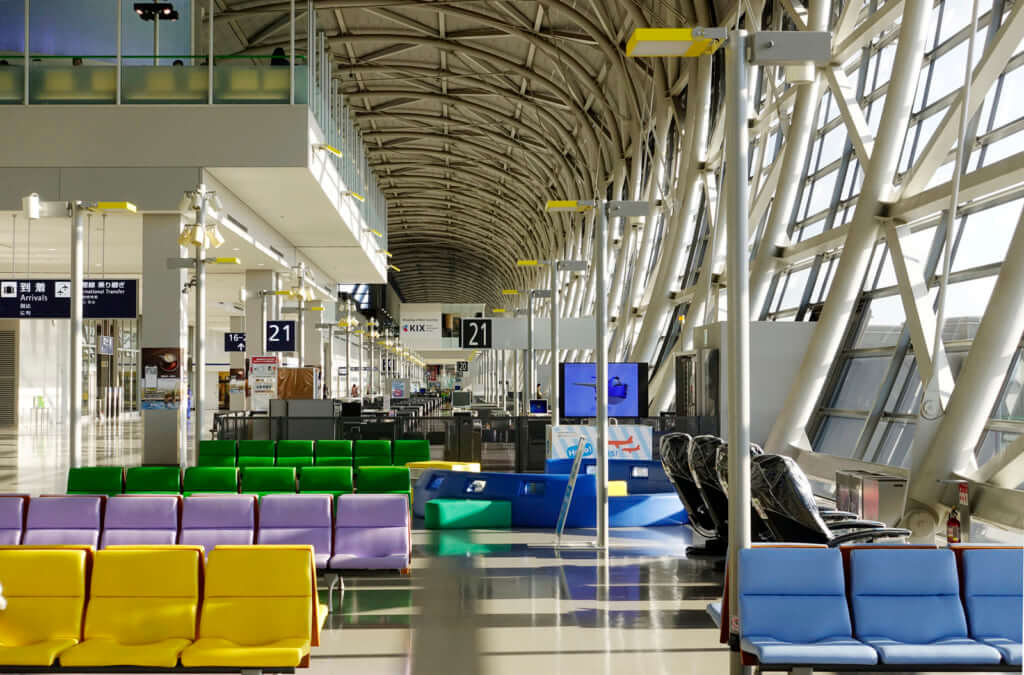