A Testimony of the Irrationality of Humanity

The vision of a world where the organic and inorganic have fused led artist Tetsumi Kudo to create a 'new ecology.' 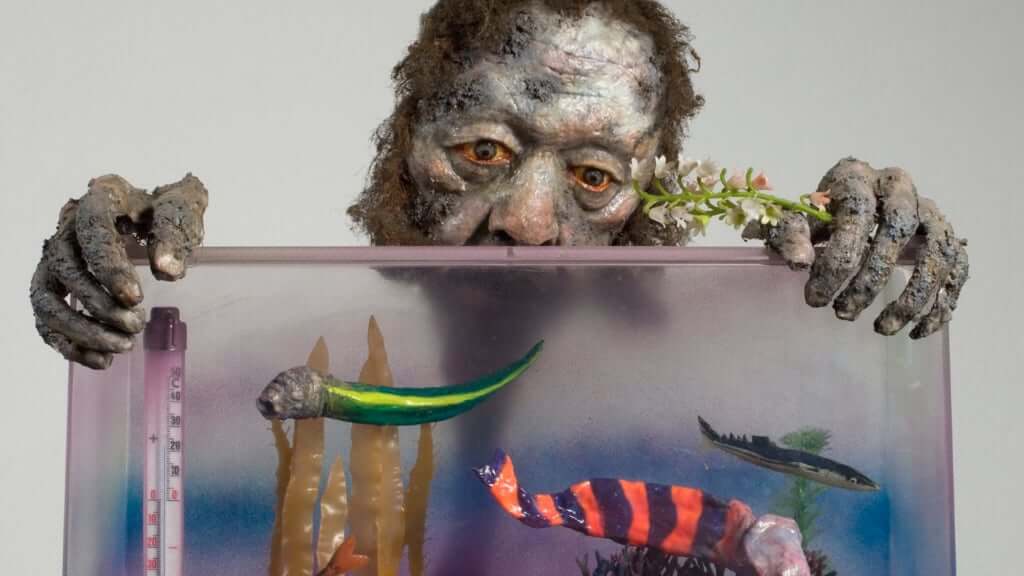 What adjective could better describe Tetsumi Kodo’s work than avant-garde? From the mid-20th century onwards, his body of work, ranging from happenings to installations, poses the big questions with which humanity is and will be faced. He probes ecology, technological development, and the issues that humans must confront from both an ethical and moral perspective, through a unique form of representation.

Tetsumi Kudo was born in Osaka in 1935, to a family of painters. After studying at the National School of Fine Arts in Tokyo, he staged his first happenings, navigated between performances and installations, and joined forces with the neo-Dada movement, then the New Realists when he moved to Paris in 1962. He gained visibility in Europe when his work was included in the exhibition Japon des avant-gardes 1910-1970 (‘Avant-Garde Arts of Japan 1910-1970’), held at the Centre Pompidou in 1986.

Marked by the Hiroshima and Nagasaki bombings, the artist’s work represents a form of rebellion against the dominant, conventional ways of thinking. In Japan, he staged his first happenings, which he described as ‘anti-art’ and that, using recovered objects, raise the question of nuclear physics and chain reactions. But his work is most distinguished by his ‘cages.’

The structures created by Tetsumi Kudo illustrate the fusion of the organic and the inorganic. This showcasing of post-humanism, which also takes the form of small terrariums and greenhouses, incorporates fragments of human bodies—including eyeballs and penises—as well as indicators of the place occupied by technology in our lives, and of the hyperconsumer society, like electric circuits and plastic objects. Questioning the organic metamorphosis of humankind and its biochemical survival, the artist presents, in a metaphorical manner, a humanity imprisoned in a race towards technological development, in which ethical values have been converted into material, exchangeable goods. Humans and technology are neither partners nor adversaries; they are one and the same.

The artist, who passed away in Tokyo in 1990, questions the freedom of humanity, and does so with a touch of humour. As artist Takesada Matsutani explains in an essay published on the Hauser & Wirth gallery website—which represents Tetsumi Kodo’s estate—’Kudo’s provocative art (is it black humour?) confronts us with the irrationality of the human world. His art was a testimony. He positioned himself in the middle of the tremendous conflict between internal human existence and the external world humans must confront daily, with its paradoxes of desire and repulsion, confirmation and denial.’ Through his knowledge of Japanese and Western cultures, the artist brings them face to face, specifically pointing out the contradictions and evils unique to European society.

In his work, Tetsumi Kudo examines the new place occupied by the object, and a form of resilience in the face of the human impact on the environment. As he declared in an interview in 1971, quoted on the Hauser & Wirth website, ‘Art must be one of the media that serve to provoke doubt and defiance in us: it is a provocative communication between you and me, who are living in the septic pit of technology. In this sense, art is a maquette through which we reflect, and question everything. Doubt everything. What is our place in the universe? What is human freedom in the universe? What is individual freedom in society?’

Tetsumi Kudo’s work can be found on the Hauser & Wirth gallery website. 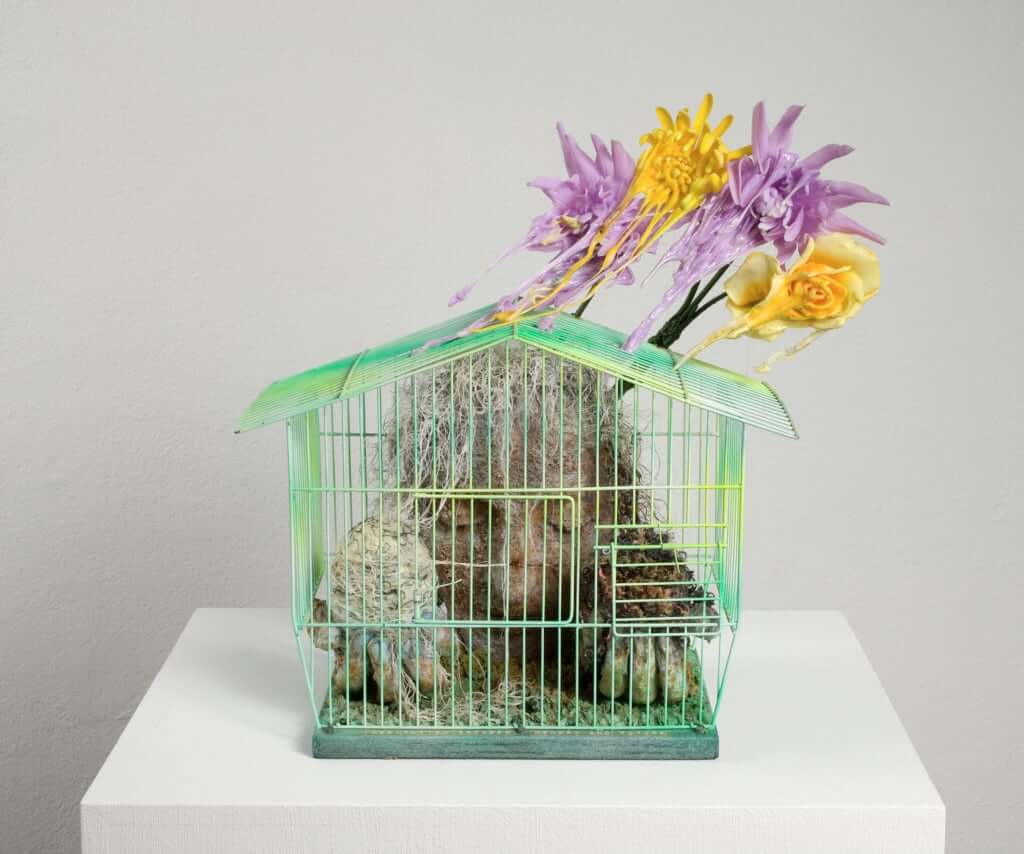 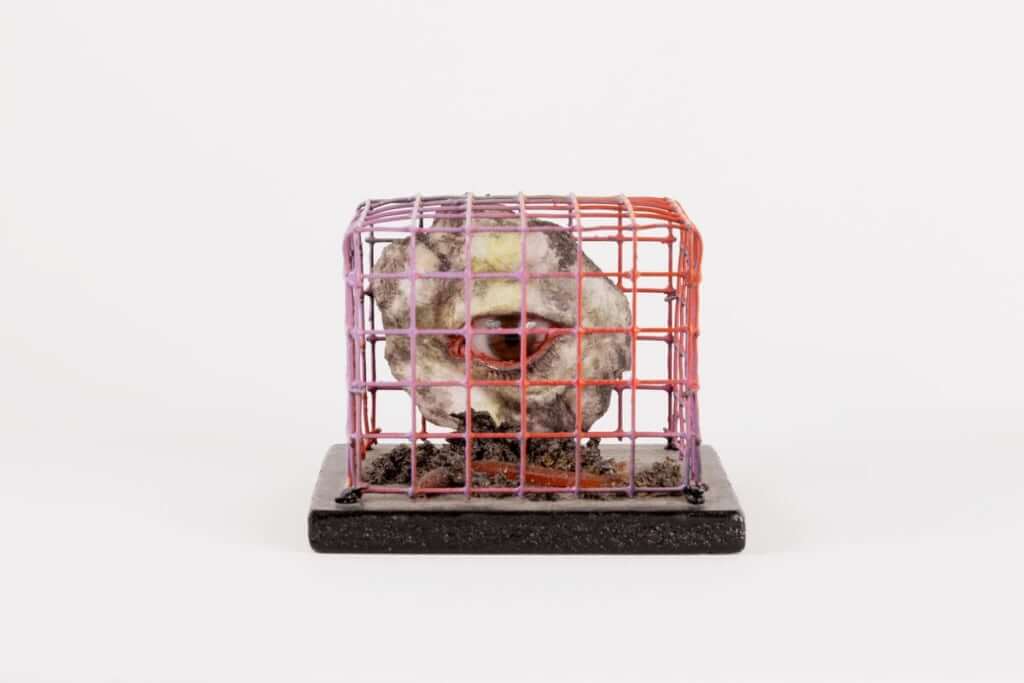 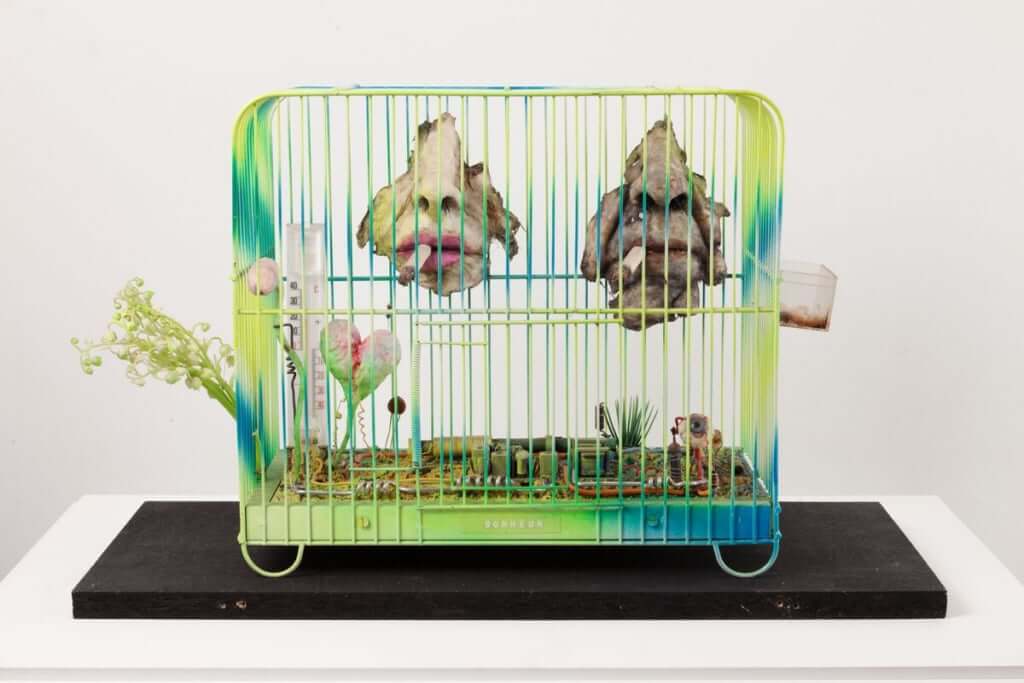