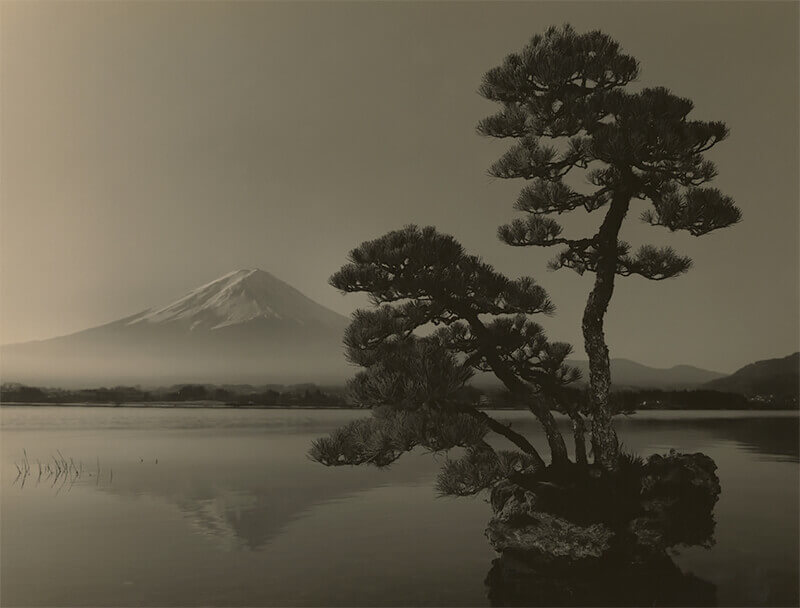 Derived from the Chinese practice of penjing, the art of bonsai is thought to have first appeared in Japan in the Heian period (794-1192), before being connected with eternity and the harmony between man and nature during the emergence of Zen Buddhism. In his series Bonsai – Microcosms Macrocosms (2019), photographer Masao Yamamoto contrasts nature and human creations.

These compositions are marked by the his initial training as a painter alongside Goro Saito, before Masao Yamamoto turned his hand to photography in 1980.

The original title of the series, 手中一滴 (Shuchu Itteki), is a word invented by the artist. It refers to the precepts of Zen Buddhism, and the idea that ‘a drop of dew dwells in the universe.’ Thus, as Masao Yamamoto explained during the exhibition of his work at the Yancey Richardson Gallery, ‘since ancient times, people have considered Bonsai to be a microcosmic representation of the whole universe, residing in a single pot, and the proper way to appreciate Bonsai was to place them on a “tokonoma” alcove in a traditional Japanese tatami room.’

Masao Yamamoto captures the beauty of bonsai in sepia images, and places these man-made formations in a natural environment, in the foreground of beautiful landscapes—sometimes snowy—and starry skies, and accompanies some of them with itteki, minuscule golden water droplets. The artist plays with perspective and opens the way for reflections from the public, questioning the relationship between these ‘natural objects’ created by humans, and an unspoilt environment.

The book, which was traditionally bound by artisans at the Hakushowdo book binding studio, encourages meditation, reflection, and introspection.

Bonsai – Microcosms Macrocosms (2019), a book of photographs by Masao Yamamoto, is published by T&M Projects. 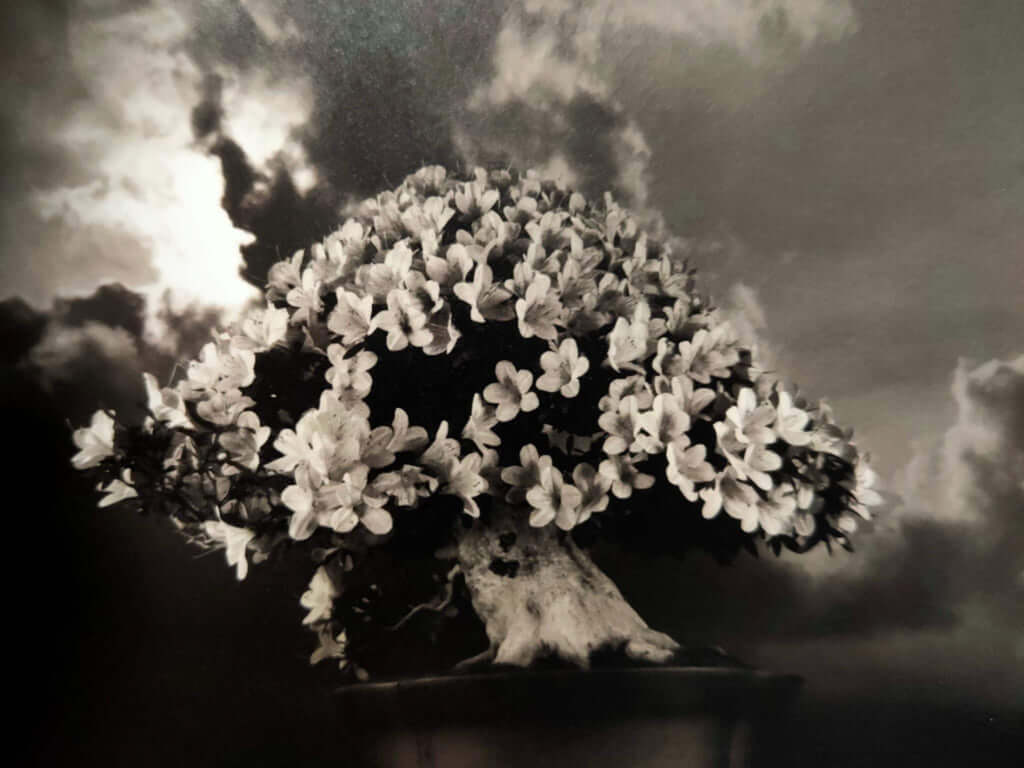 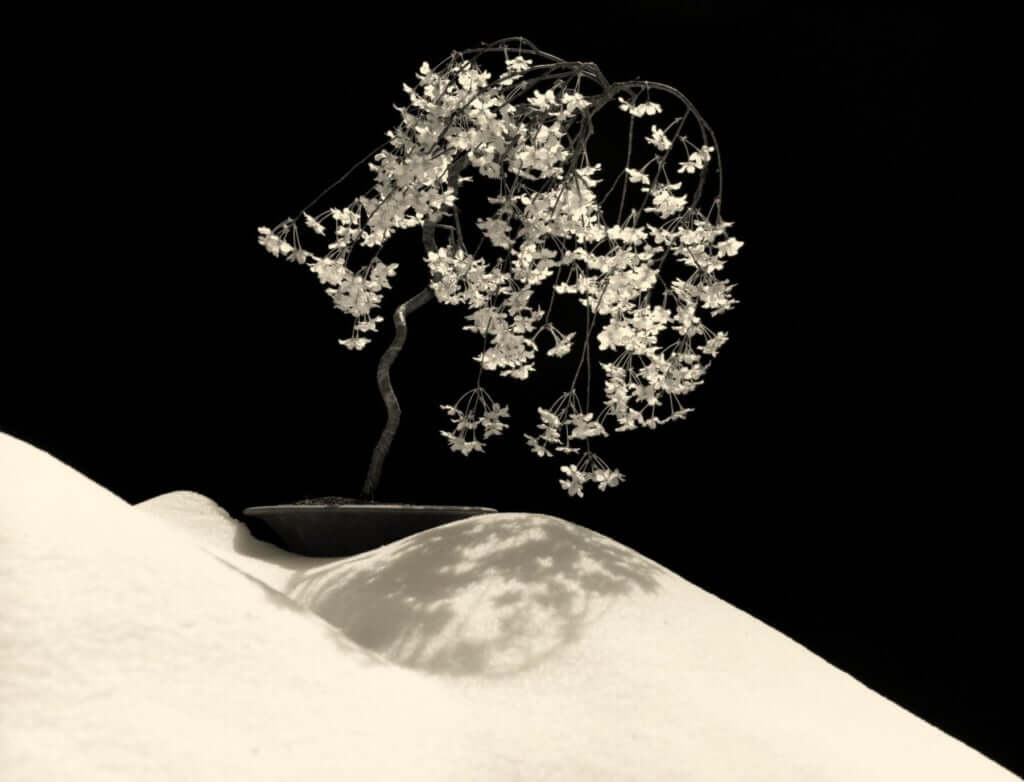 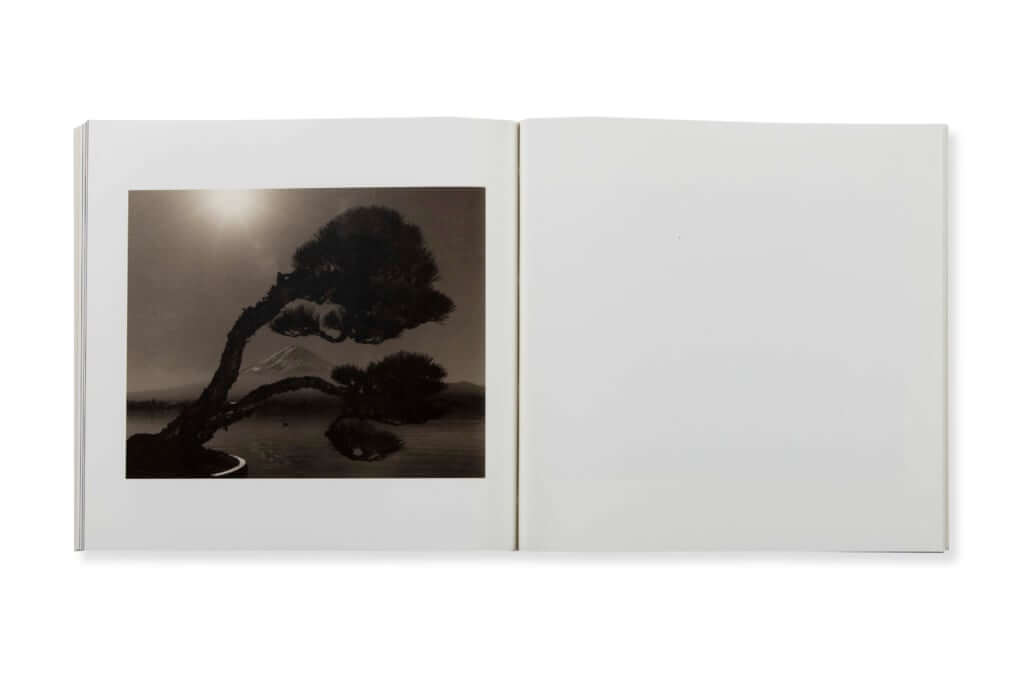 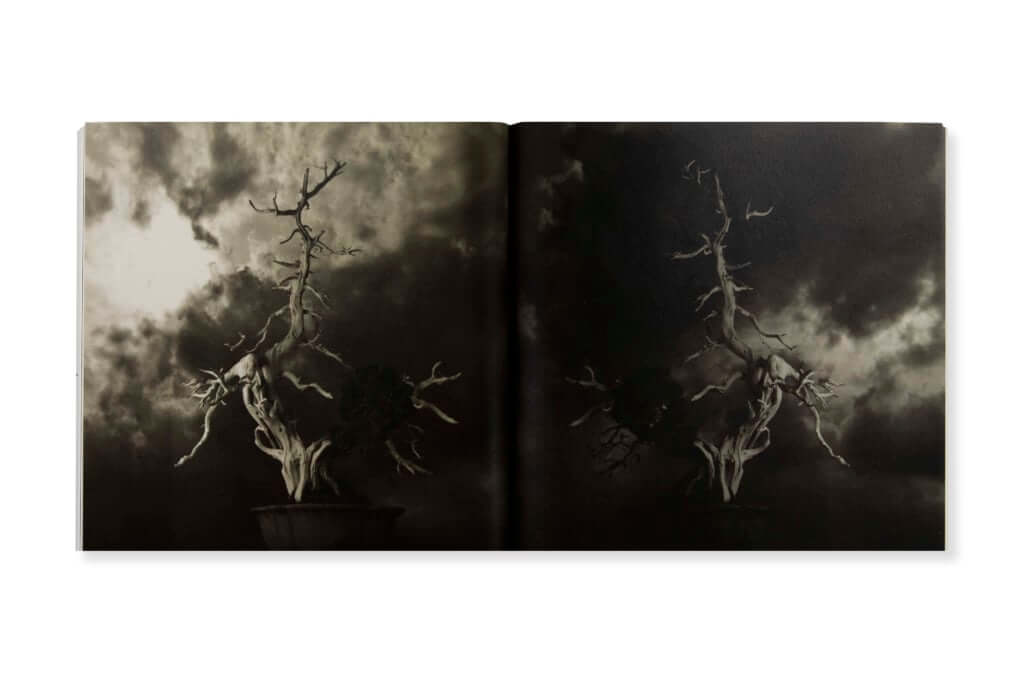 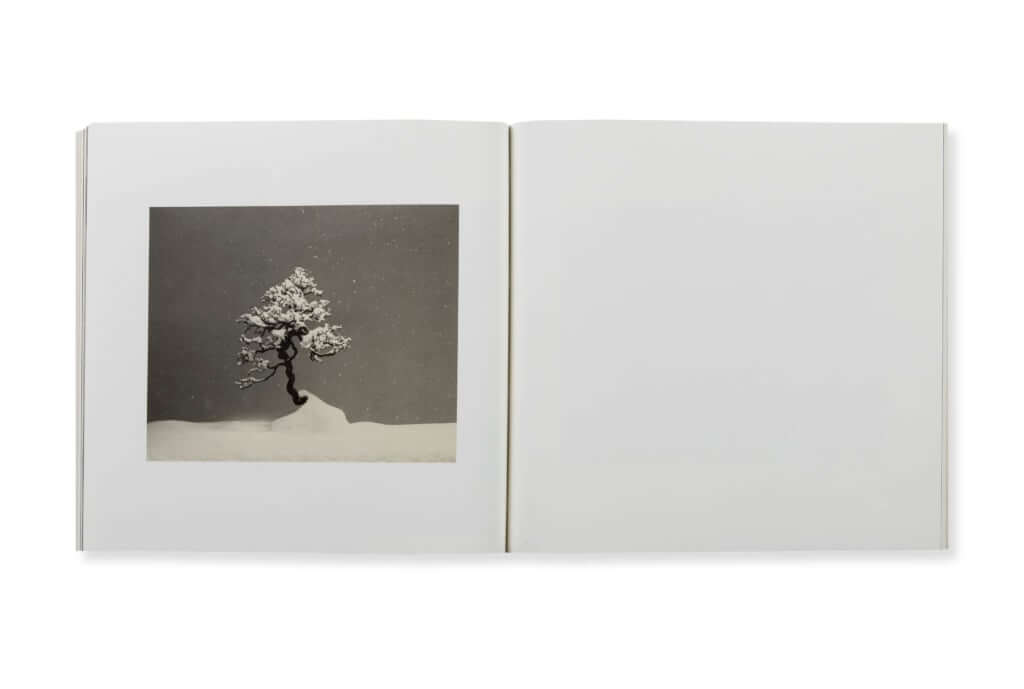 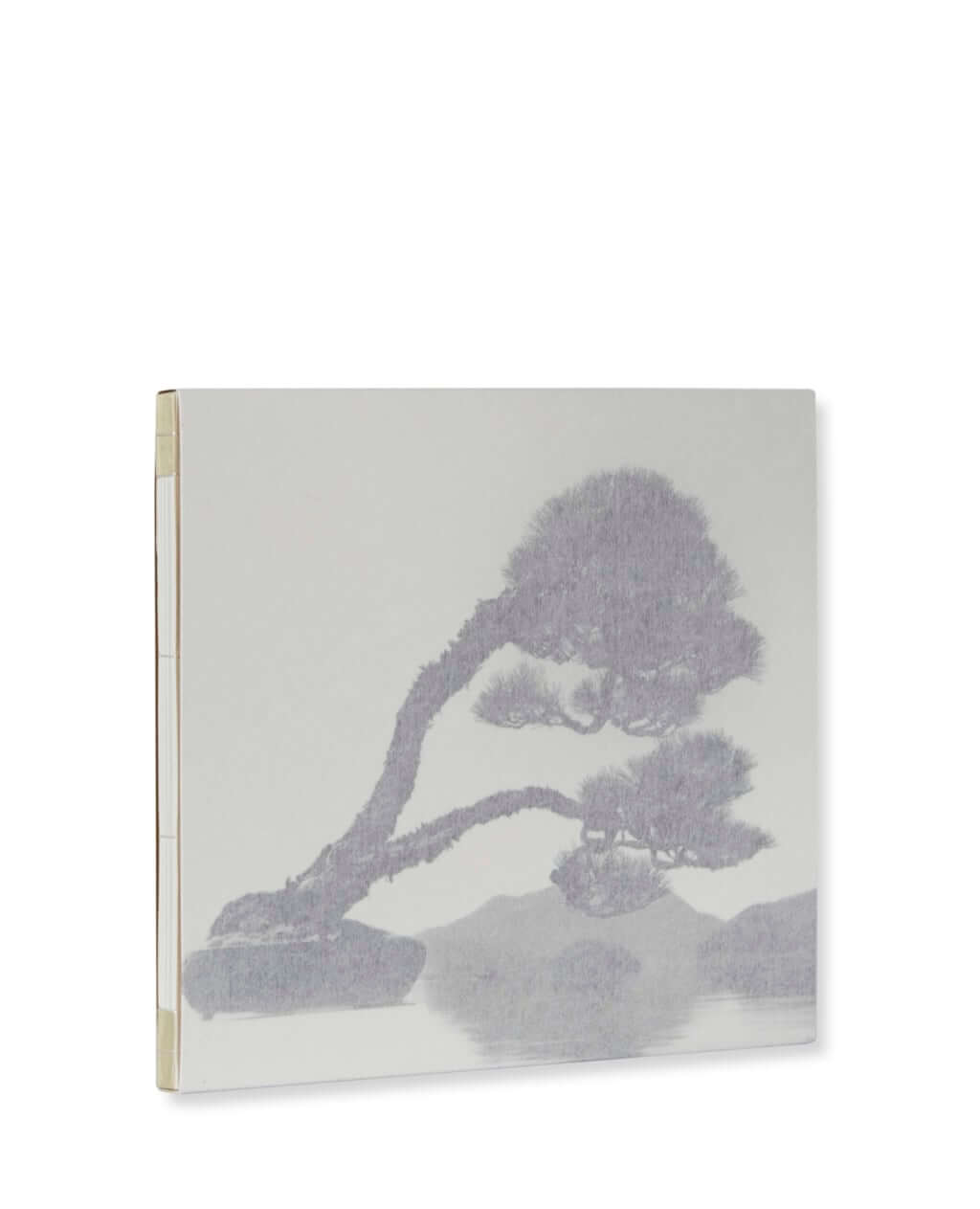