Drawing inspiration from traditional ceramics from his native region, the artist creates sculptures of humanoids fit for science fiction. 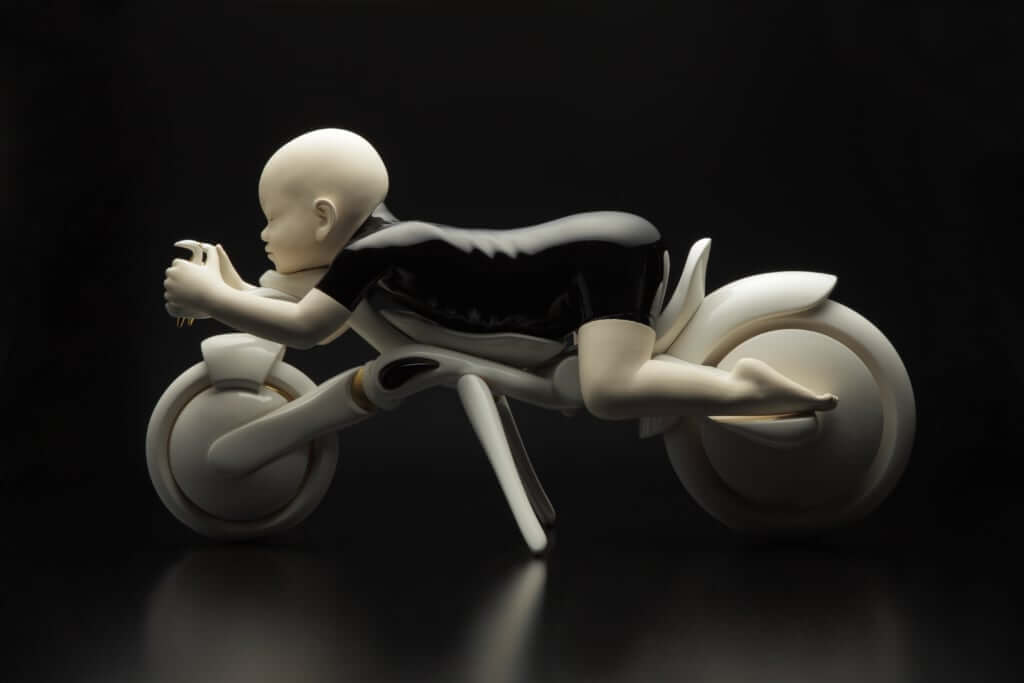 Humanoid heads covered in a dark blue liquid, an army of clones sitting in a circle, hybrid beings in individual spacecrafts… All of Shigeki Hayashi’s pieces embody an avant-garde version of the famous Kewpie doll.

Born in Tajimi in Gifu prefecture in 1972, Shigeki Hayashi draws inspiration from the local production of Mino-yaki ceramics for which his region is known. Influenced by the work of ceramic artist Fukami Sueharu, he embarked on this same path for his modernist creations, which have gone on to be displayed in galleries around the world. In 2007, his piece in glazed black and gold suits from the series QP received an award at the Faenza International Competition for Contemporary Ceramics in Italy.

An art of anticipation

With his realistic characters with their moulded faces and bodies, the artist illustrates his perfect mastery of age-old techniques, to which he likes to add texture and colours. ‘Since I don’t have any [assistants], all the processes are done by myself. For my latest work, it took me nine months to [complete] the casting process and one month for the firing and assembling process’, the sculptor explained in an interview with the publication Ceramics Now.

When he was younger, Shigeki Hayashi was an avid consumer of animated films and science fiction manga. These influences can be seen in his ceramics with cherubic faces. With their fixed expression, these mutants, half-children and half-robots, embody the possible relationship between humans and machines. Are they heading off to colonise a new planet? Do they herald a brighter future or a doomed world? Are they taking over society and the population? ‘Each audience may receive different kinds of messages from my work. Some will think [positively] about the future, but others will feel my warning messages’, the visionary artist declared to Ceramics Now. By creating these child-robots, Shigeki Hayashi shares his vision of the society of the future, one that is both frightening and poetic. 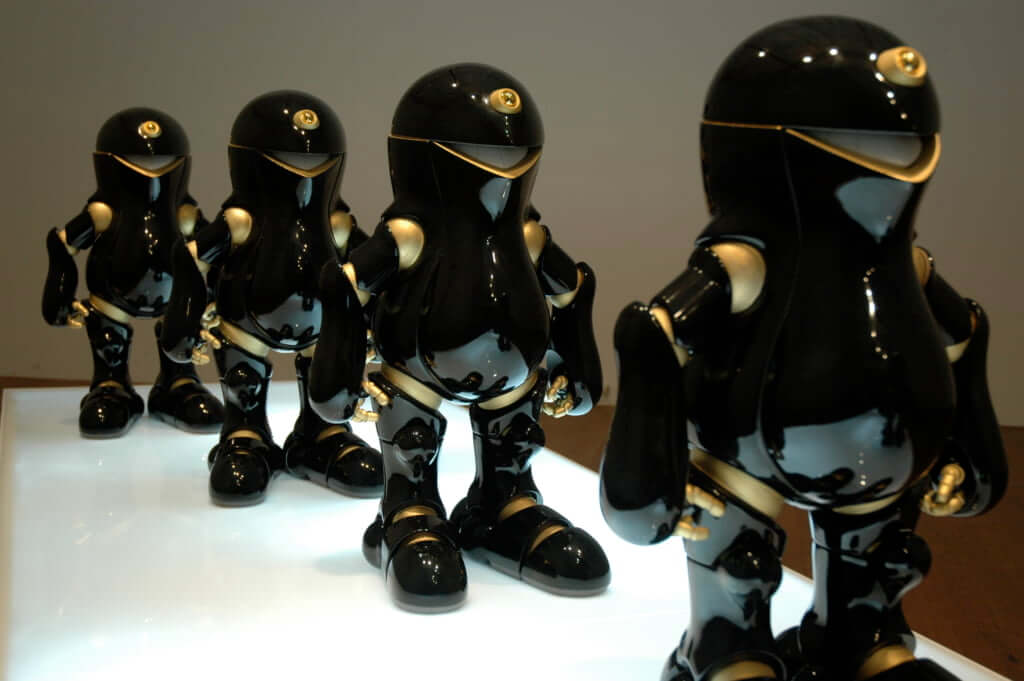 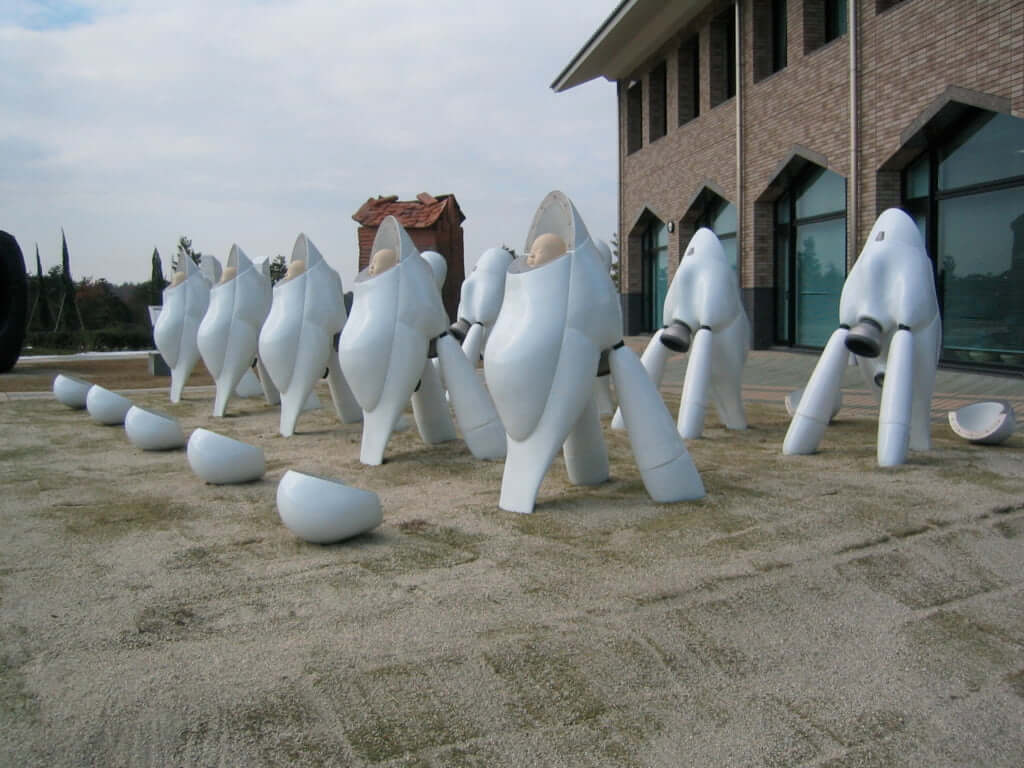 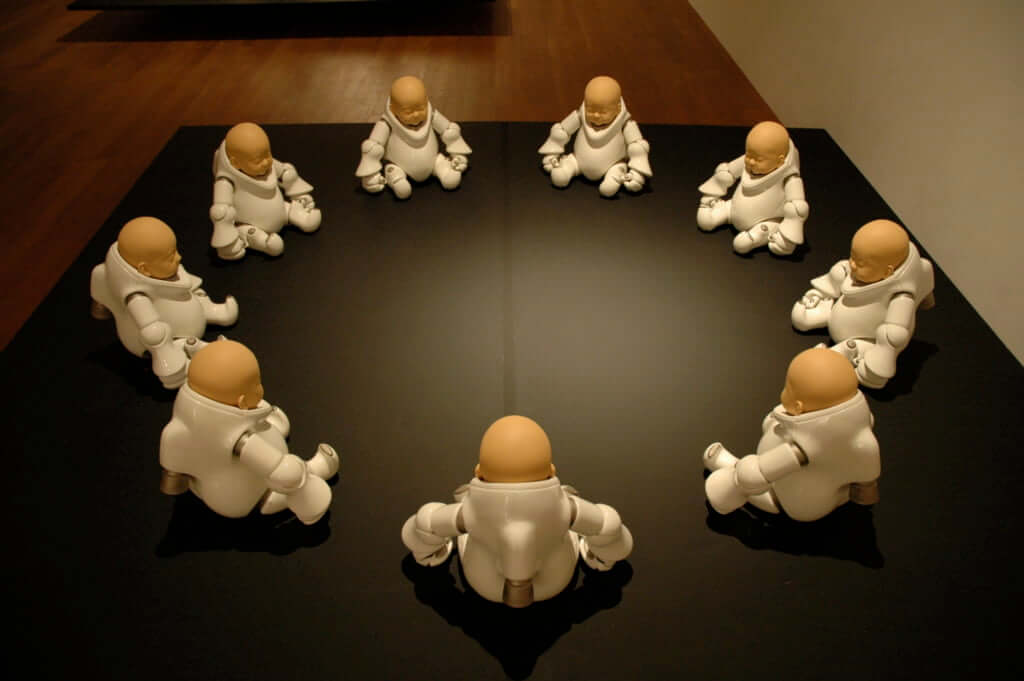