In scenes of everyday life captured in 18th-century Edo, the printmaker offers a subtle deciphering of society. 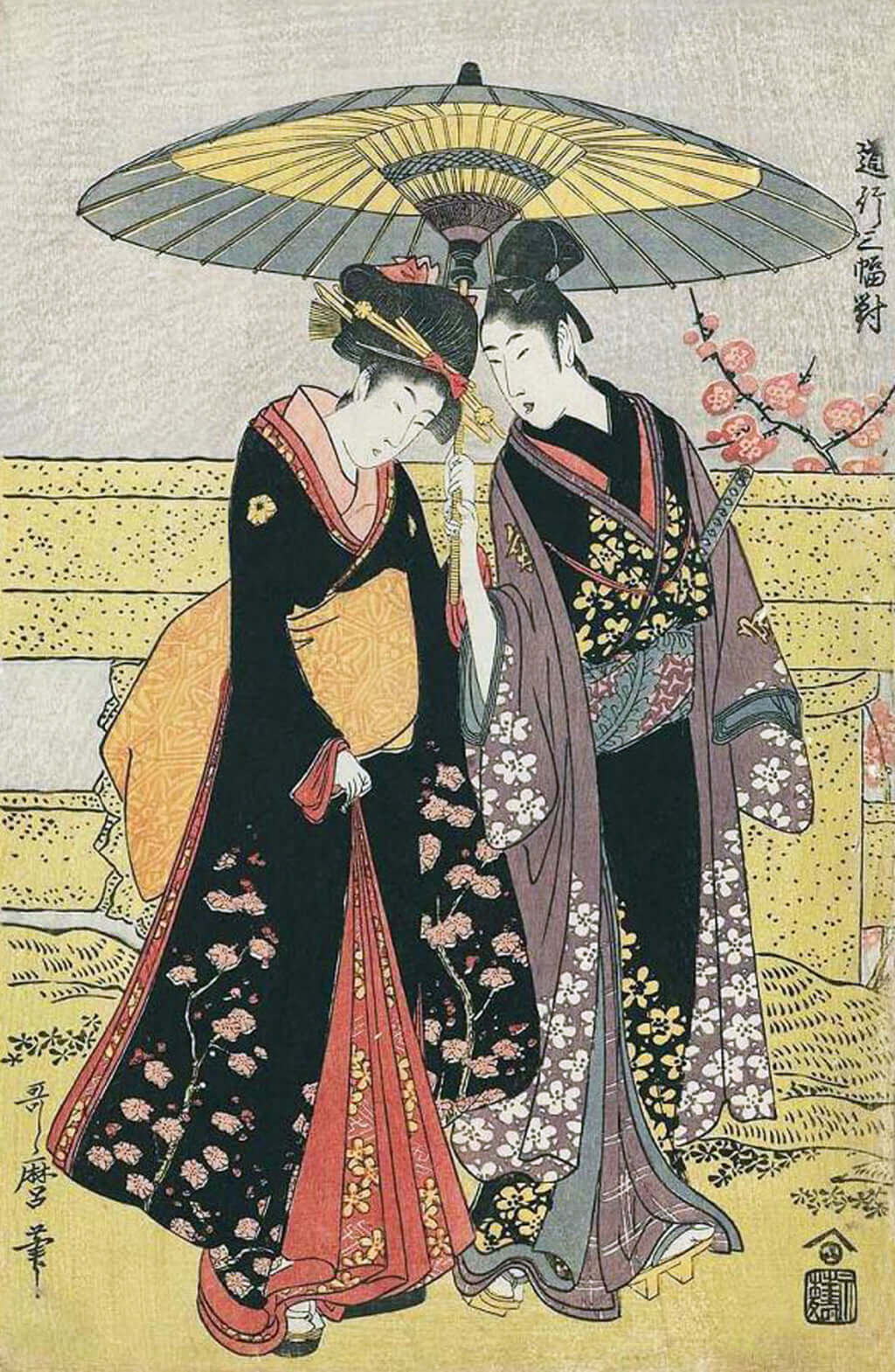 Between 1760 and 1770, Harunobu Suzuki produced almost 1200 engravings, 25 illustrated books, and many other paintings. In 2012, Andrew Forbes and David Henley released a collection of 100 of the artist’s works in 100 Beauties: Suzuki Harunobu, published by Cognoscenti Books.

Little is known about the artist’s life. He is thought to have been born in around 1725 in Edo, the capital of Japan at the time. He studied art in the tradition of the Torii school, run from Kyoto by the ukiyo-e master Kiyonobu Torii since 1687. He was particularly influenced by artist Sukenobu Nishikawa (1671-1750); indeed, certain experts think the latter was his teacher. The founders of the Ming dynasty, Qiu Ying (around 1494-1552) and Tang Yin (1470-1524), were also a source of inspiration to him.

Wealthy clients charmed by an innovative technique and mischievous streak

His body of work constitutes one of the jewels in the crown of ukiyo-e, not only for its stylistic and technical contributions but also for the poetry that pervades it and the subtlety of its narrative. In his pieces, wit, culture, and humour make light of the banal nature of scenes from everyday life and transform them into playful images that contain messages, symbols, and allusions to classic literary works.

In his engravings, Harunobu Suzuki presents the art of living in 18th-century urban Japanese society, with the subjects evolving over the years. After a period dedicated to the world of kabuki theatre, his etchings went on to depict genre scenes, representing the everyday life of inhabitants, placing these subjects in the spotlight. The demanding nature of his clients—samurai or middle-class people whose names would appear on the piece—led the artist to use cherry wood rather than catalpa, and to use as many separate blocks of wood as he wished. He was also one of the first ukiyo-e artists to regularly include more than three colours in one engraving, thanks to a new technique called azuma nishiki-e.

In his work, the artist lingers on the details of his subjects’ outfits, their way of being and their elegance, depicted in a setting illustrating the various forms of entertainment available to high society at the time, such as walks, tea salons, and theatres. Harunobu Suzuki took a particular interest in the Yoshiwara district, the location of brothels, known as ‘green houses.’

To showcase the sensual side of the women he depicts, their discreet, timid nature, or their dreamy attitude, the artist plays with details and gestures, which resonates with specialists in engravings from the era.

100 Beauties: Suzuki Harunobu (2012), is a book by Andrew Forbes and David Henley that compiles the works of Harunobu Suzuki, and is published by Cognoscenti Books. 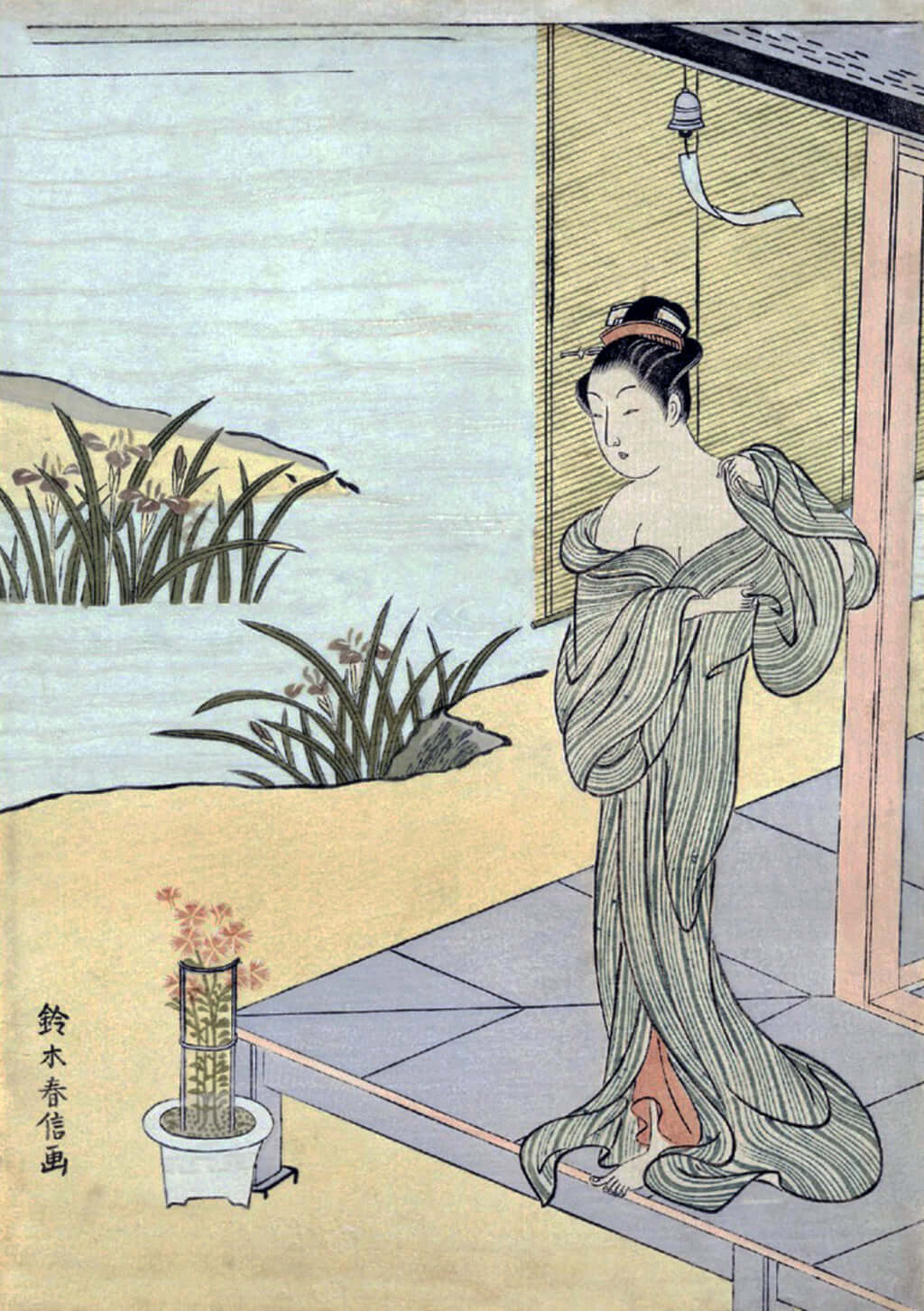 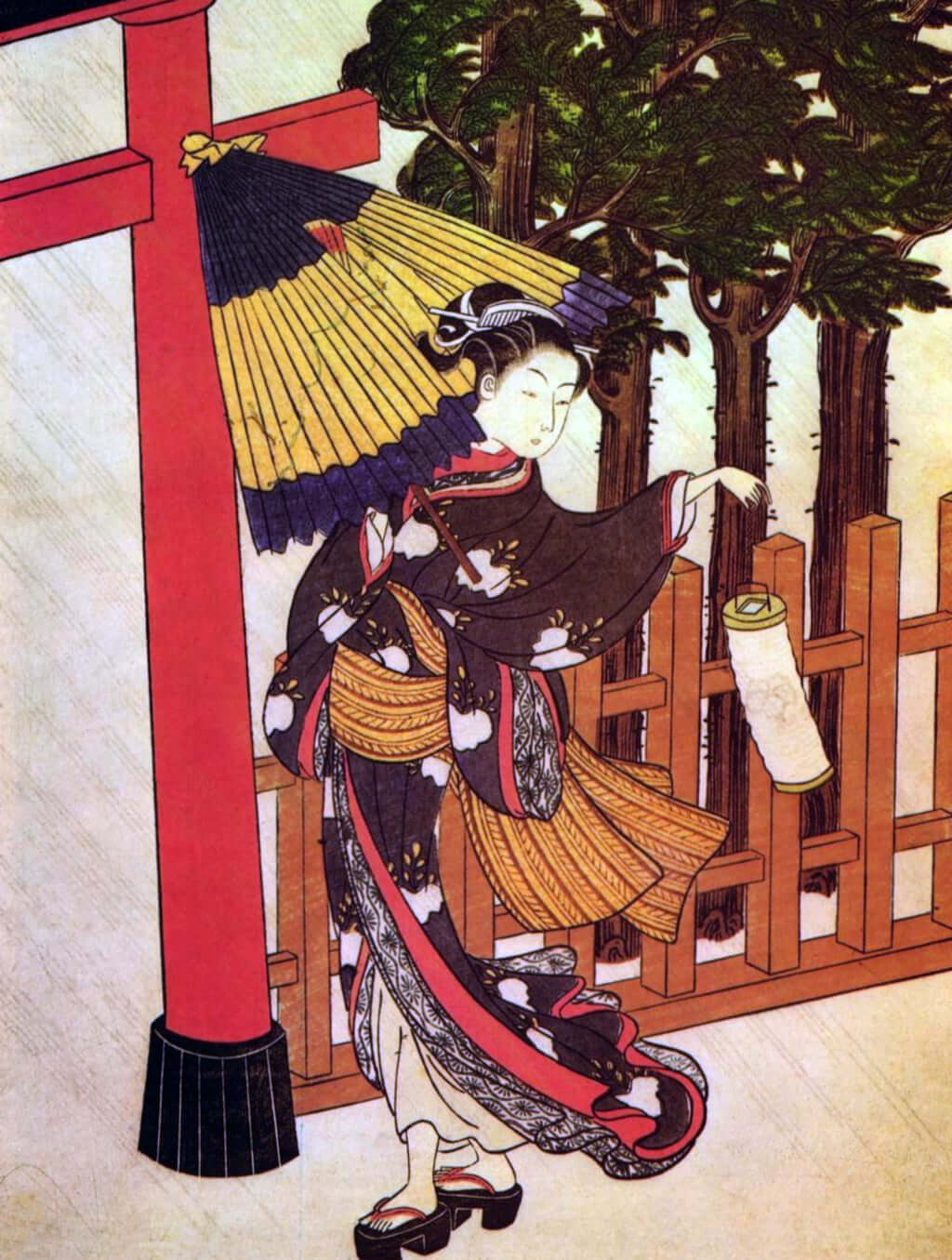 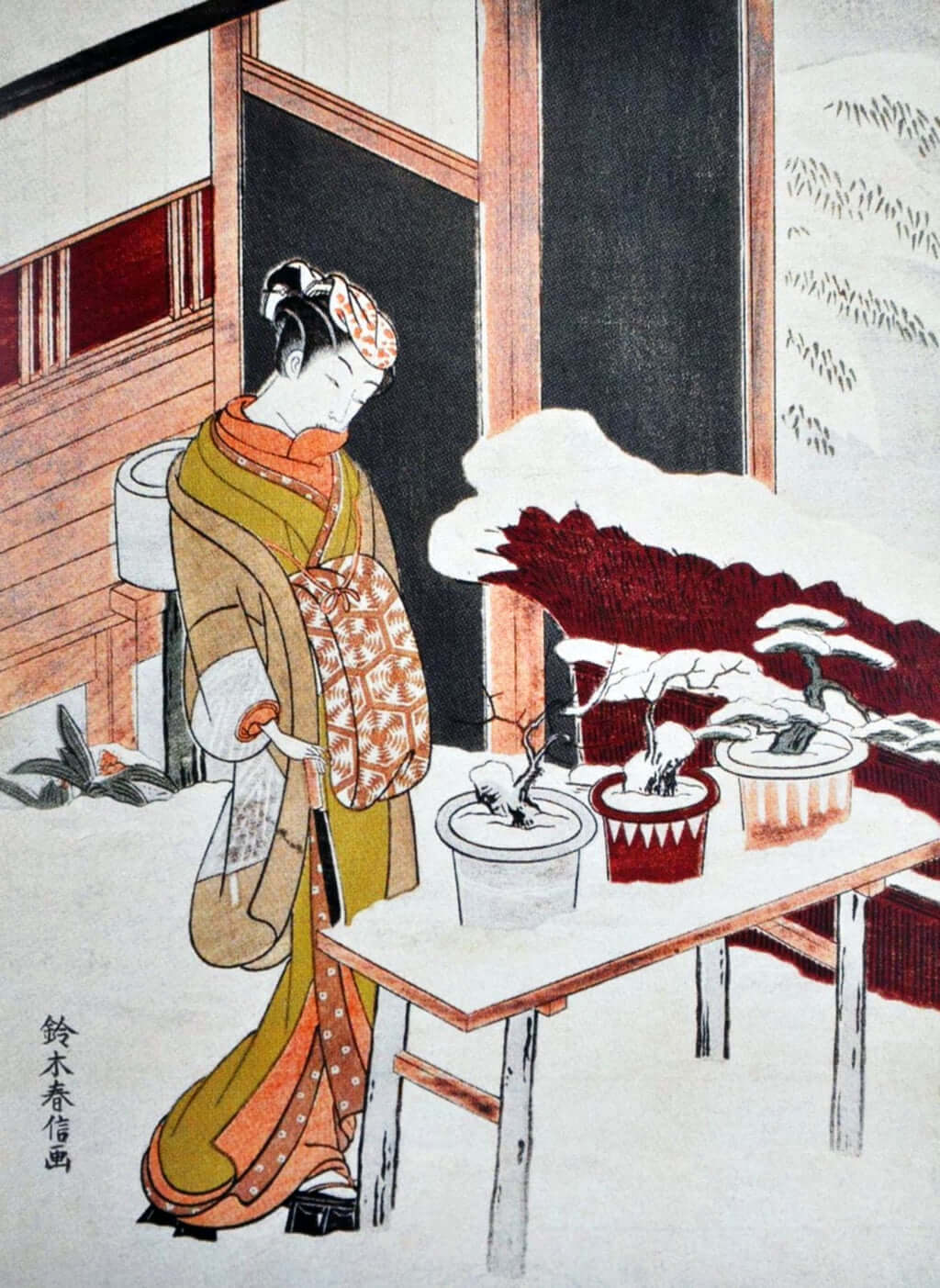