A fan of birds, the artist used a rare printing technique involving coloured stencils on a black background to present them more effectively. 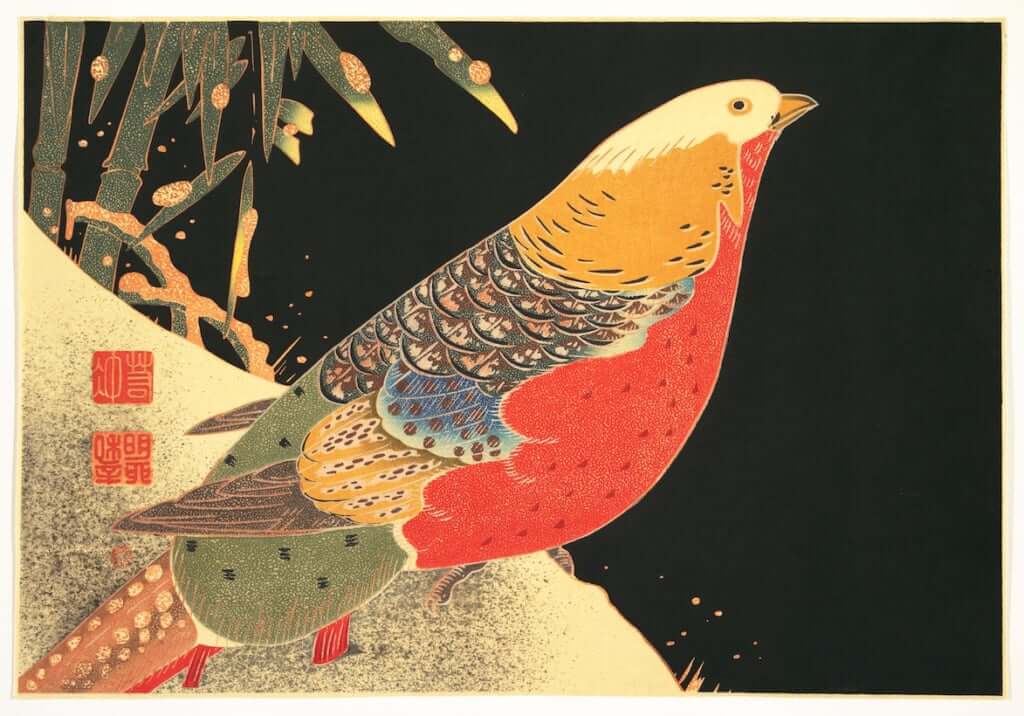 In the Kachozu series of prints (images of flowers and birds) that dates back to 1771, the birds look curvaceous, standing out against a black background. It was during his regular visits to the Shokoku-ji zen monastery in Kyoto that Ito Jakuchu, a painter of the mid-Edo period, discovered and studied various paintings of flowers and birds, notably from China’s Song and Ming dynasties.

A vegetable wholesaler working in the former imperial capital at the time, he only embarked on an artistic career when he reached the age of 40. His resolutely modern paintings display the sharpness of his lines and the intensity of his colours.

Ito Jakuchu, who had a house with a garden in the former imperial capital, owned various birds, notably parrots and peacocks. As such, he faithfully reproduced on canvas the creatures with whom he was in contact on a daily basis. For this series, the artist decided to use the kappazuri technique—monochrome printing of a motif on a wooden board before colour is added using a stencil. This contrast allowed the artist to accentuate the colours of the birds and plants.

A daring artist, Ito Jakuchu tried his hand at a wide variety of techniques throughout his career, and his work achieved great success during his lifetime. One of his most famous series of paintings, The Colourful Realm of Living Beings, was exhibited at the Petit Palais in 2018; this was only the second time the series had been displayed outside of Japan.

Kachozu (2018), a series of prints by Ito Jakuchu, is part of the Metropolitan Museum of New York‘s collection. 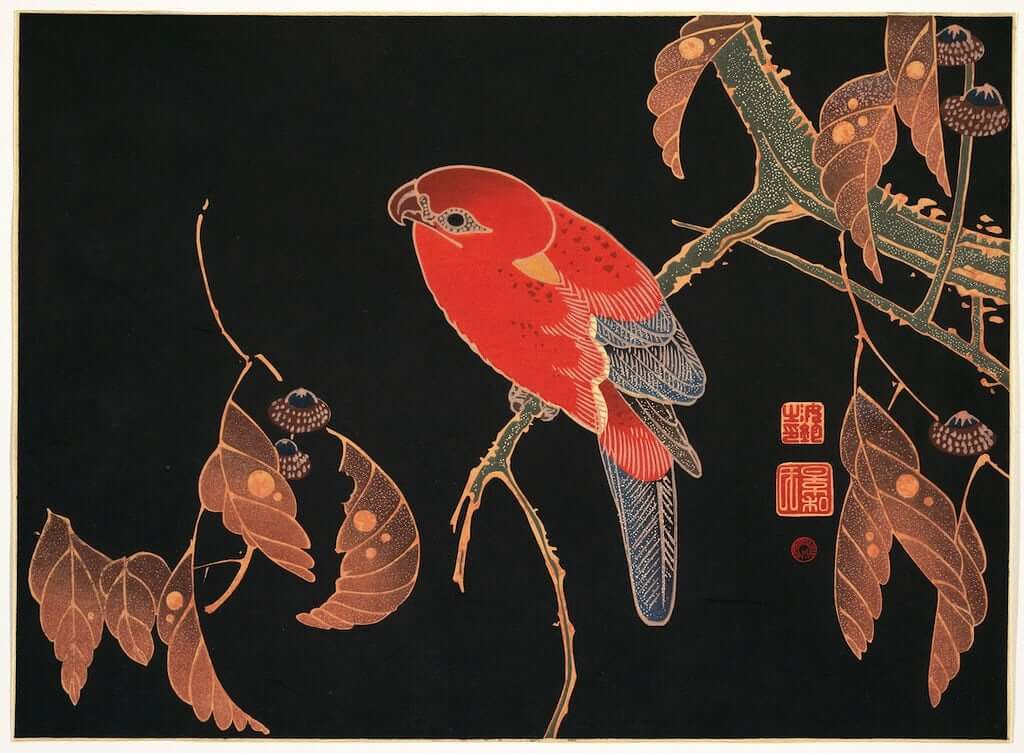 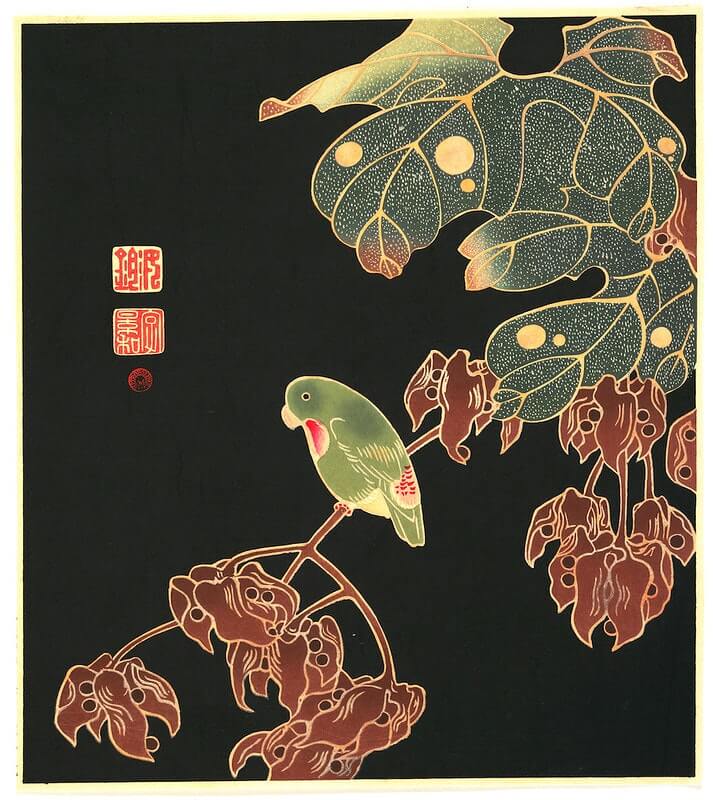 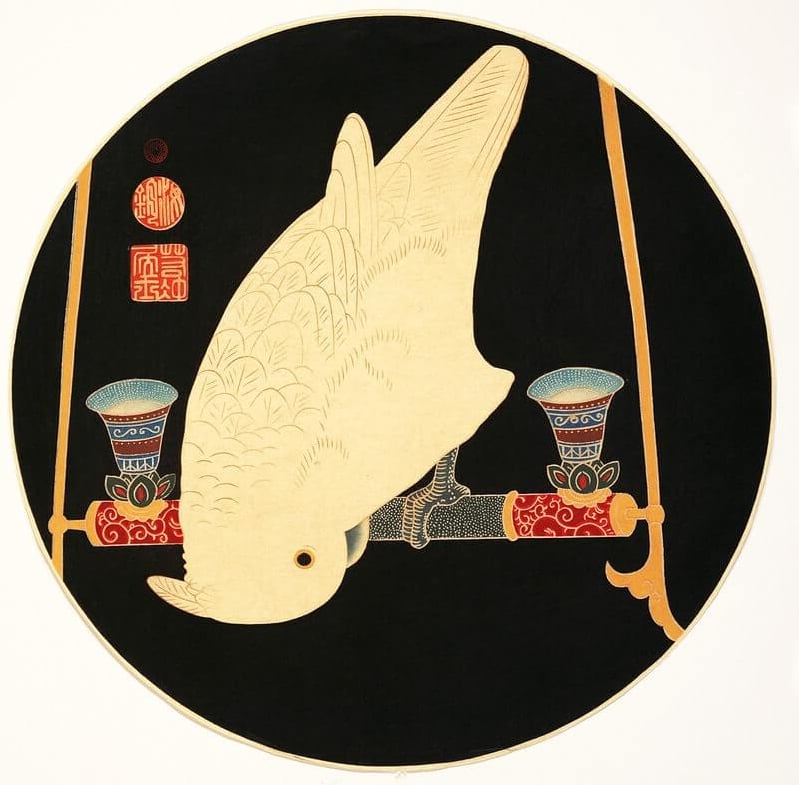 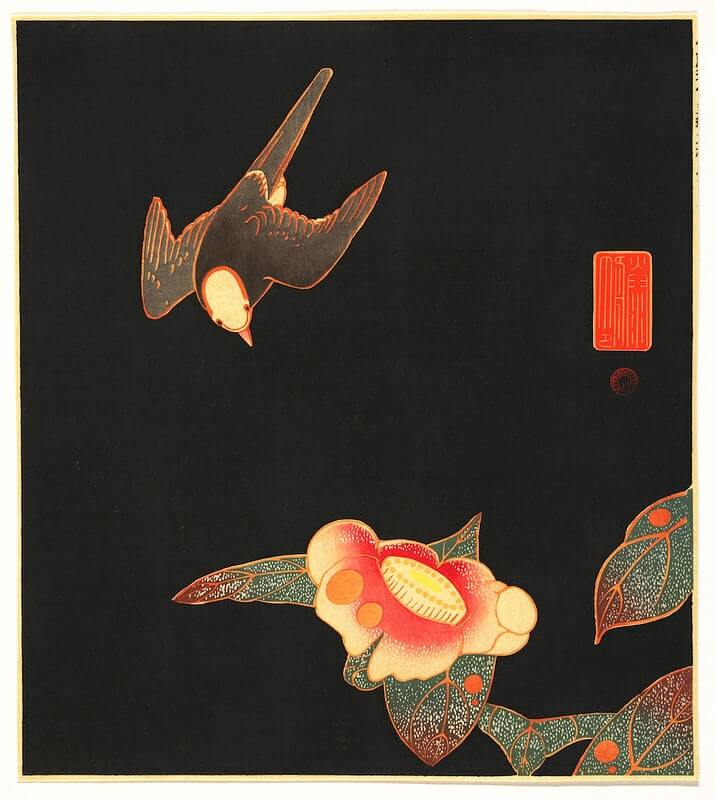 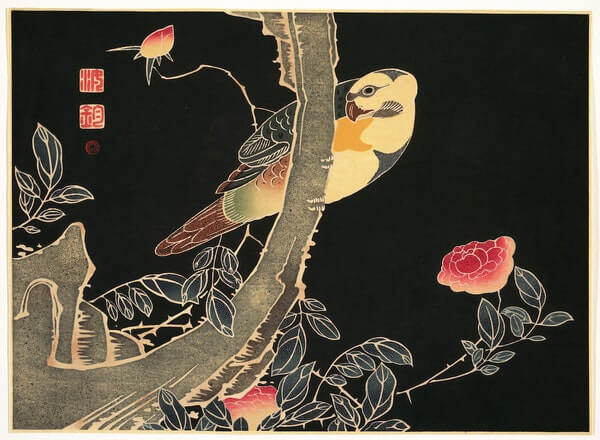 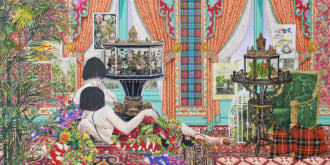 Naomi Okubo, Hiding One’s Face and Refusing to Be Trapped 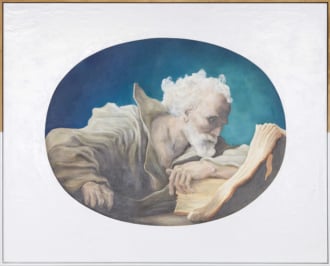 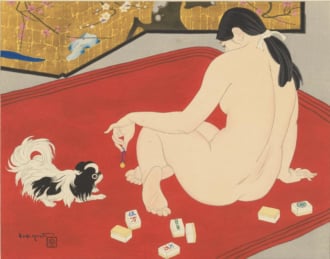