The artist plays with the traditional codes of engraving by incorporating a subtle touch of contemporary humour and poetry. 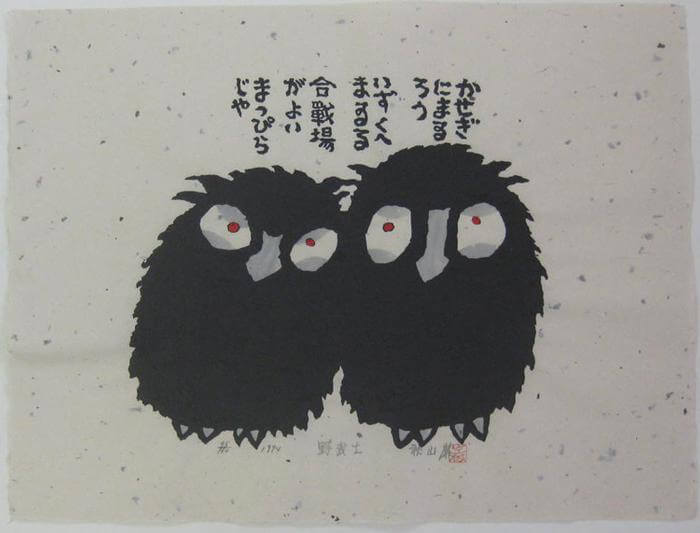 Although the work of Iwao Akiyama falls within the tradition of Japanese wood engravings on all points, the artist, who passed away in 2014, managed to create a singular universe through the representation of his favourite animals, including owls and cats.

Iwao Akiyama’s life was entirely dedicated to artistic practice. Born in 1921 in Oita Prefecture, he took drawing lessons with a Buddhist monk from the age of eight. After graduating from the Taiheiyogakai School in 1956, he studied alongside the great painter Shiko Munakata (1903-1975) from 1959 until 1966. This encounter would prove to be decisive. His work is now presented by the Scriptum gallery.

Animals with a poetic twist

After having worked with a type of ink painting, suiboku-ga, in his youth, Iwao Akiyama focused his attention on engravings. The influence of his master would be present throughout his career, with Shiko Munakata also having produced etchings of owls. The artist decided to limit his artistic depictions to a very narrow circle of subjects: animals (mainly owls, cats, tigers, and peacocks); female figures, often semi-abstract; and Buddhist monks. His engravings were done primarily using black ink, with his red signature distinguishing his work.

These animals’ actions are often accompanied by words from texts by Japanese poets like Ryokan—a prominent figure in Zen Buddhism during the late Edo period—and Santoka Taneda, a haiku poet.

The work of Iwao Akiyama can now be found in prestigious museum collections, including those of the National Museum of Scotland, the National Gallery of Victoria, the Museum of Japanese Art in Haifa, and the Cincinnati Museum of Art.

More information about Iwao Akiyama’s work can be found on the Scriptum gallery’s website. 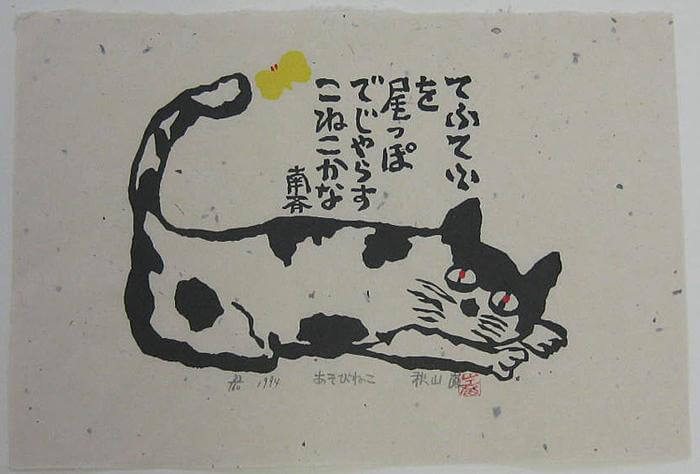 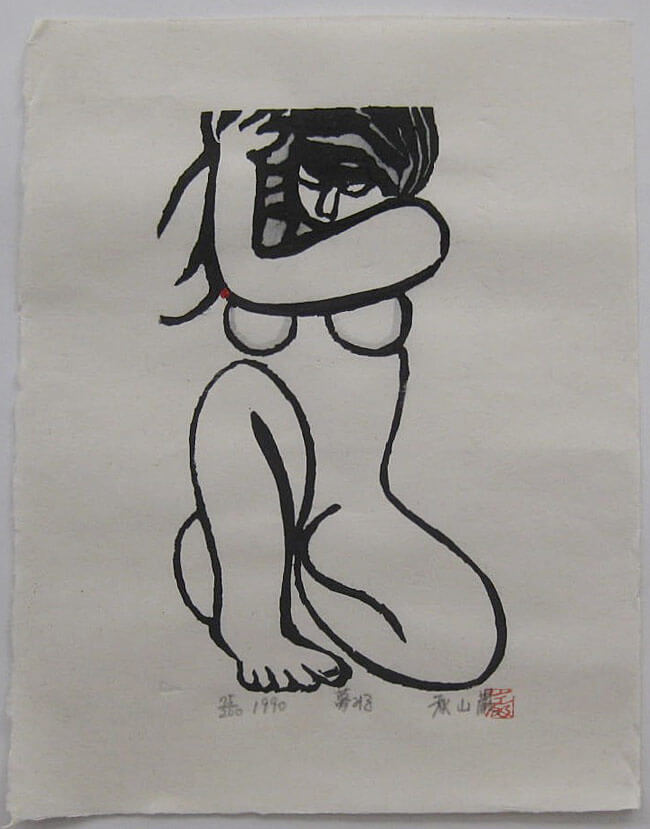 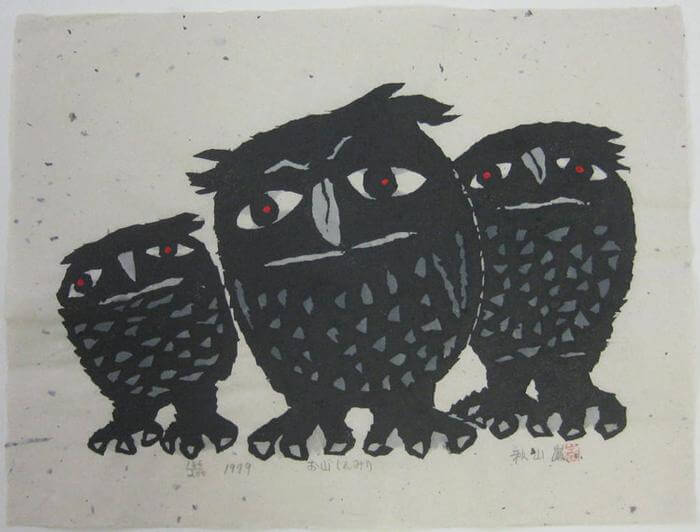 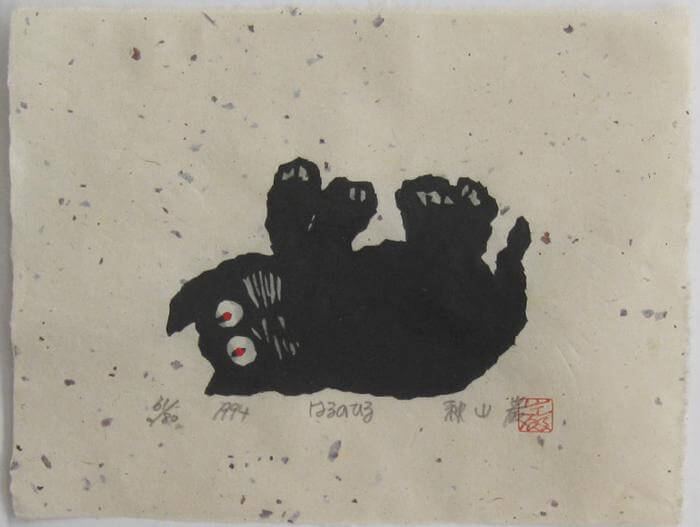