The photographer captured on camera moments during the renowned British group's first visit to Japan, back in 1975. 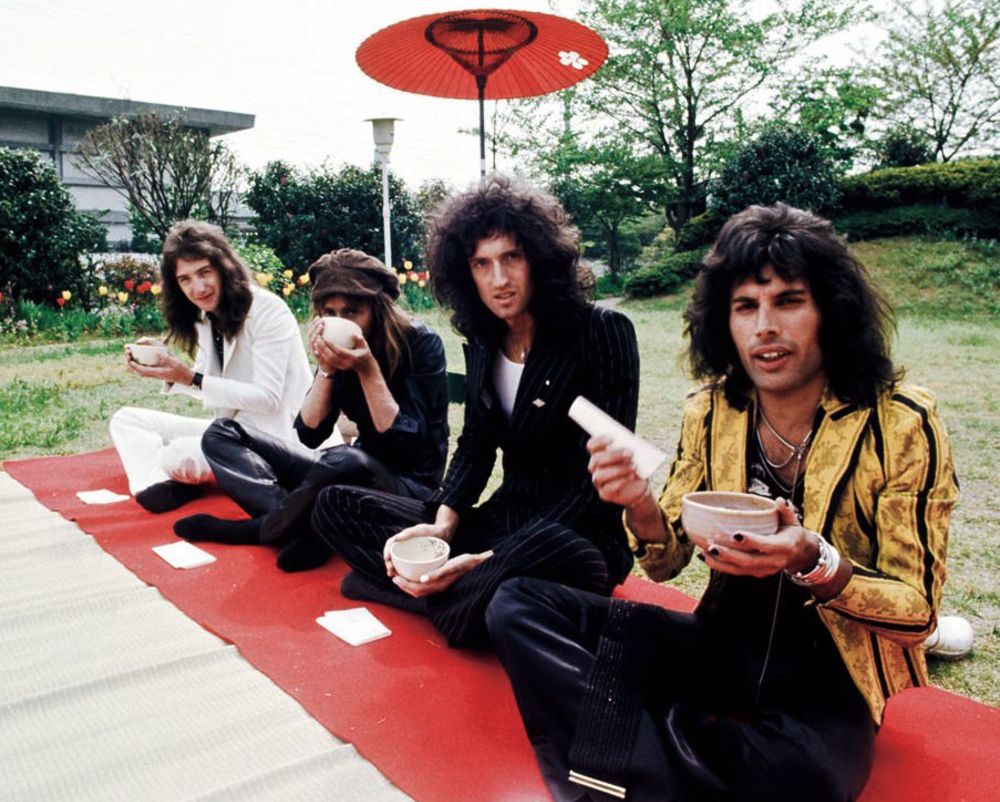 In spring 1975, Freddie Mercury and his band Queen discovered Japan. They had just released their album Sheer Heart Attack, and were performing in concert at Nippon Budokan, an arena dedicated to martial arts and concerts.

The group, at that time largely ignored by critics in Great Britain and the US, received a warm welcome from delirious fans during their Japanese tour. Photographer Koh Hasebe was sent by the magazine Music Life, a pioneering Japanese publication on western music, to take photos of the band, but managed to gain Freddie Mercury’s permission to photograph the band in the heart of Tokyo.

‘It was the day after Queen’s first concert in Japan. Freddie Mercury wasn’t accepting photos, unless we stuck to a time limit. For one hour only, he agreed to pose as I asked him to,’ the photographer remembers in Rolling Stone magazine. In the photos in Koh Hasebe’s series, we see Freddie Mercury, then aged 29, sitting with the other band members, accompanied by women dressed in kimono, around the edge of Tokyo Tower. In other photos, we see them trying their hand at kendama, a traditional Japanese game.

An indisputable success in Japan

Over the next ten years, Queen would visit Japan six times and, until 1982,  remained as the favourite group of the readers of Music Life. The band even paid homage to the Japanese public in one of their songs, “Teo Torriatte”, on the album A Day At The Races, released in 1976.

The song contains two choruses sung in Japanese, to thank fans for welcoming them during their first tour to Japan. And the Japanese public’s love for the band never faded. The proof? The biopic Bohemian Rhapsody, dedicated to Queen and released in 2018, is the ninth-most lucrative foreign, non-animated film of all time in Japan.

Music Life Rock Photo Gallery: Giants in the Small World (1975), a book of photographs by Koh Hasebe, is published by Shinko Music. 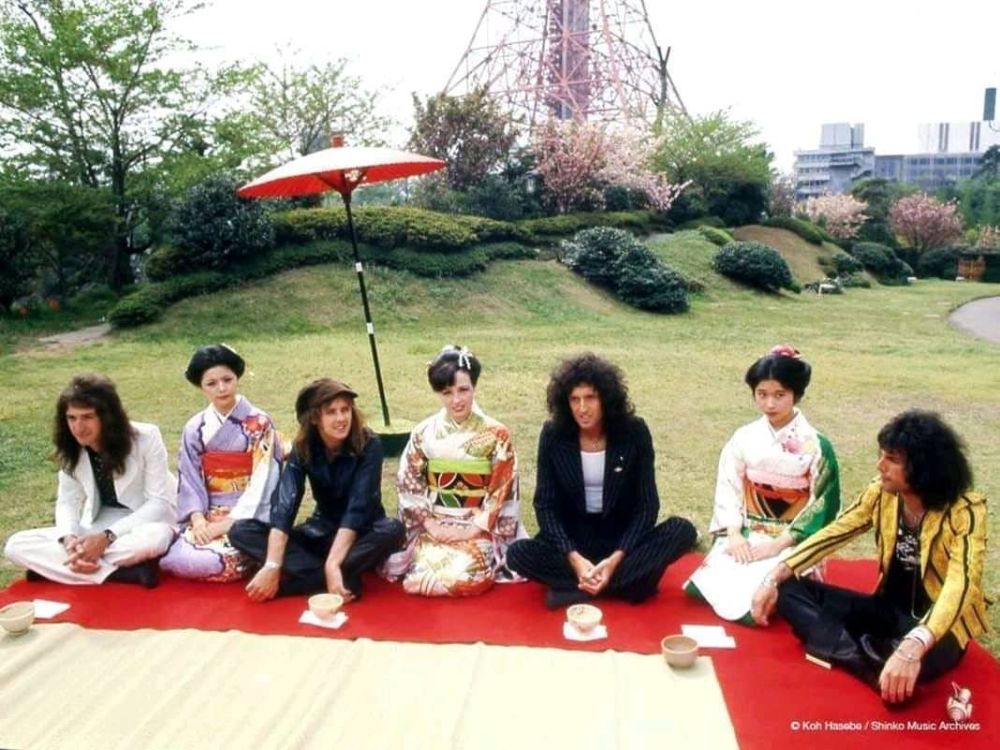 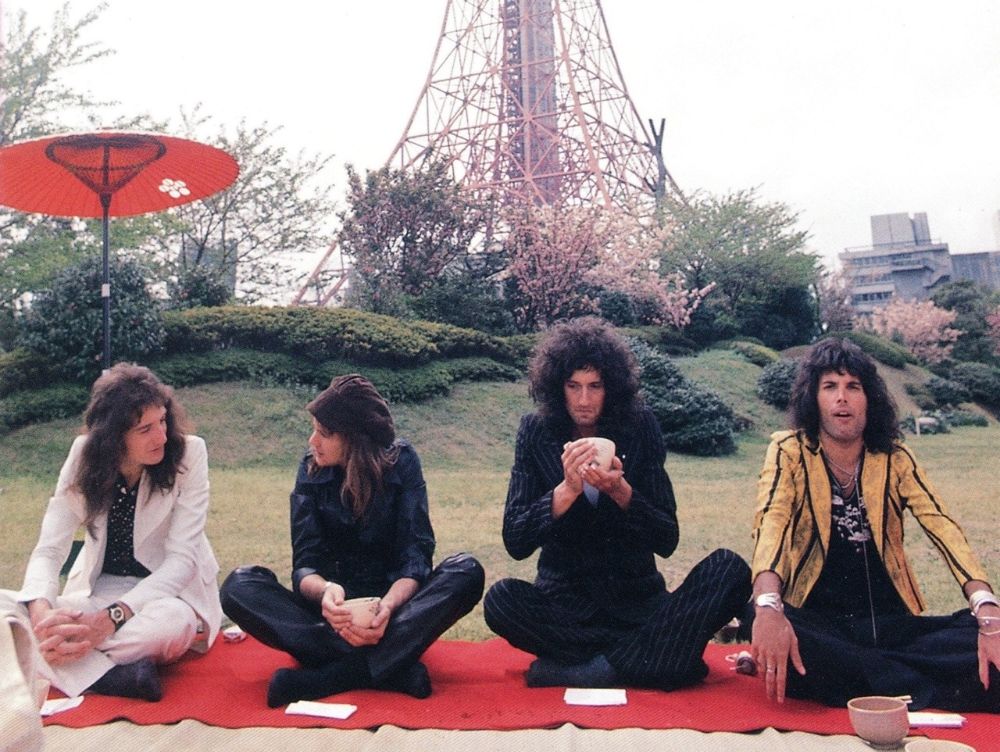 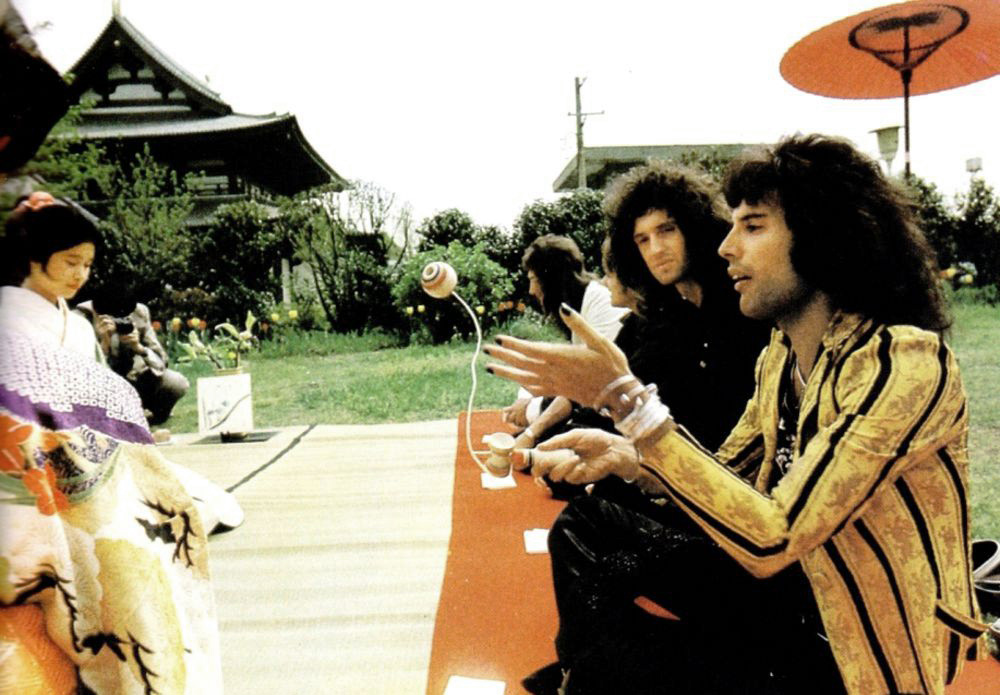 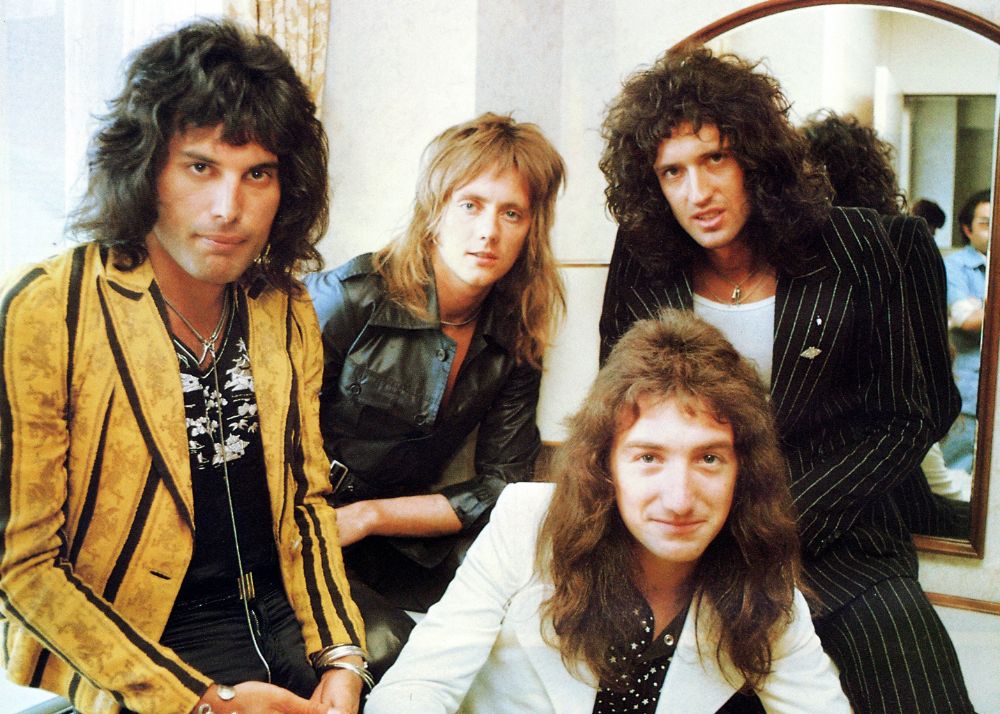 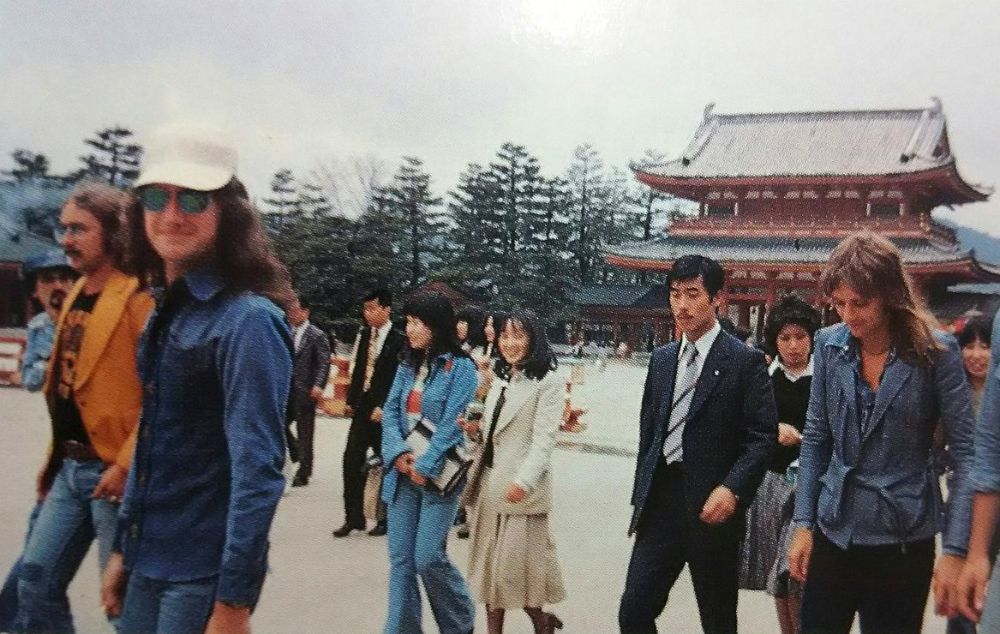 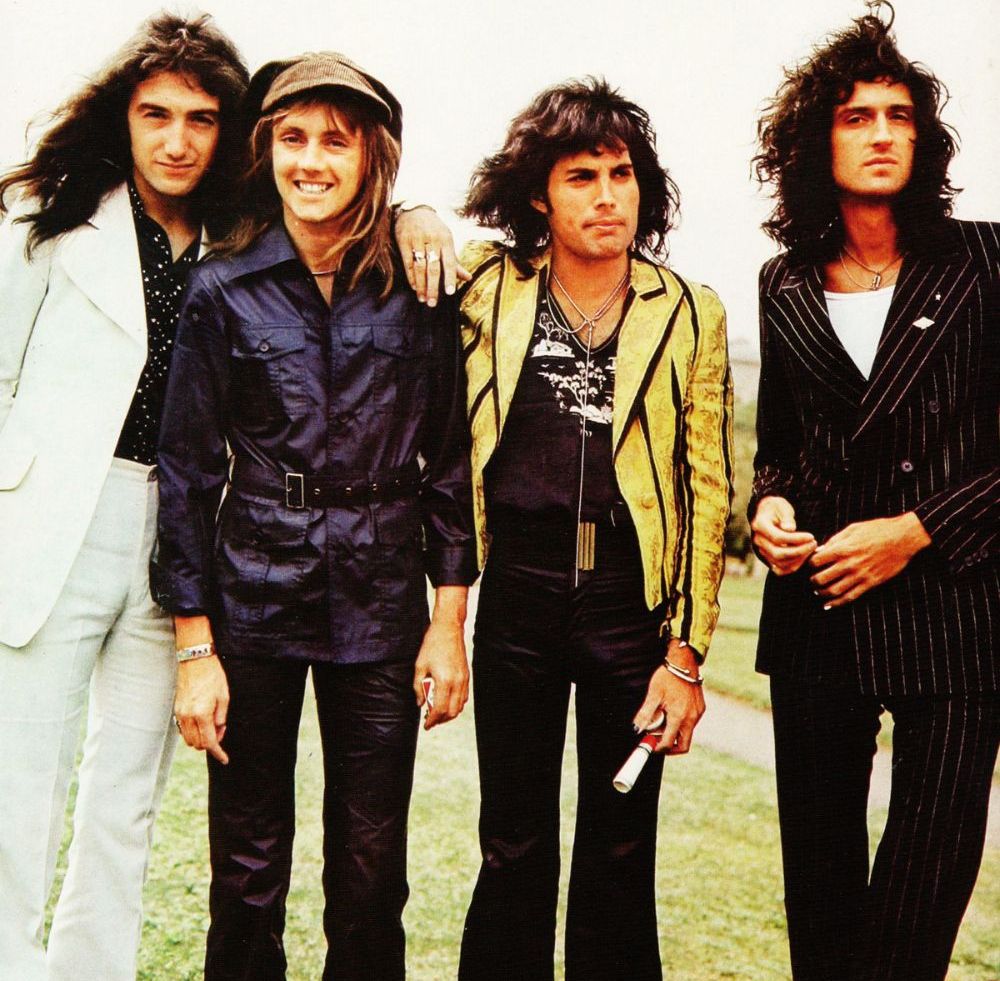 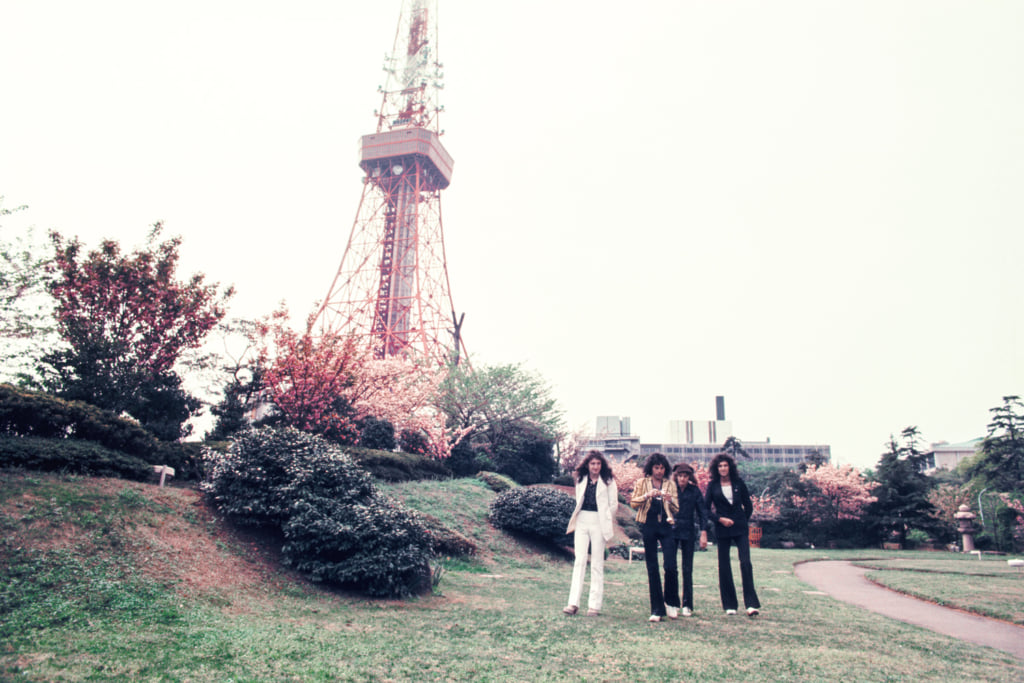 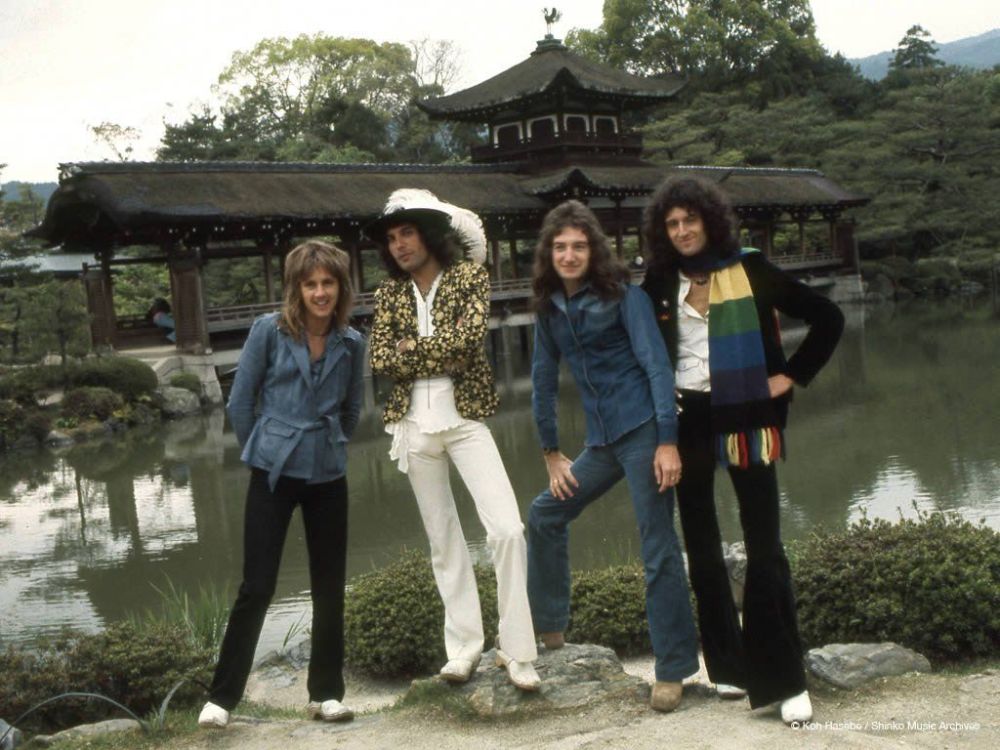 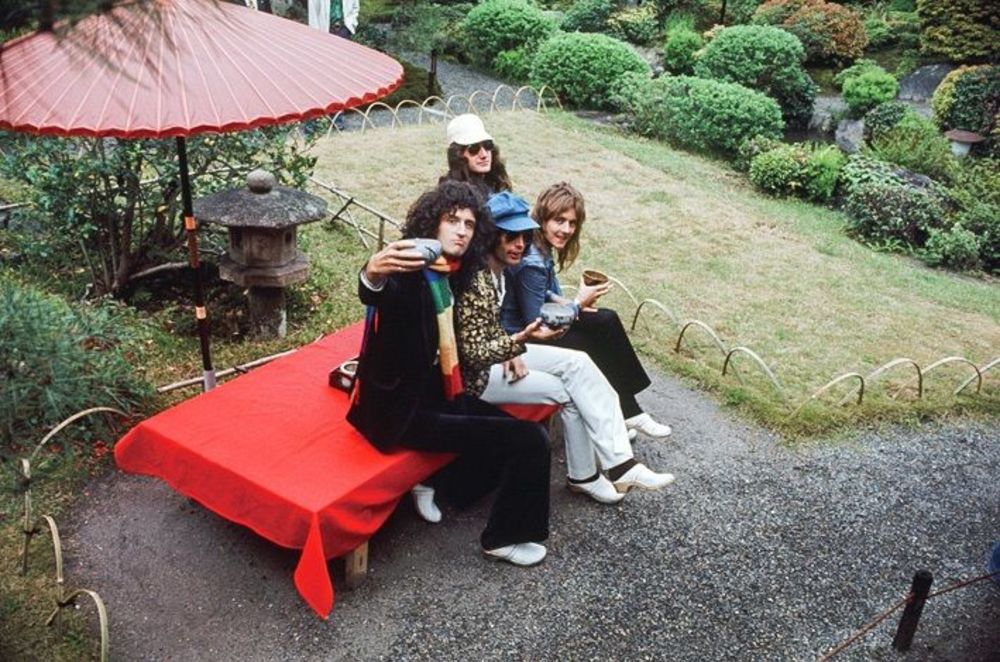