In the early 1980s, the American contemporary artist discovered the potential Japanese ceramics had to offer in Shigaraki. 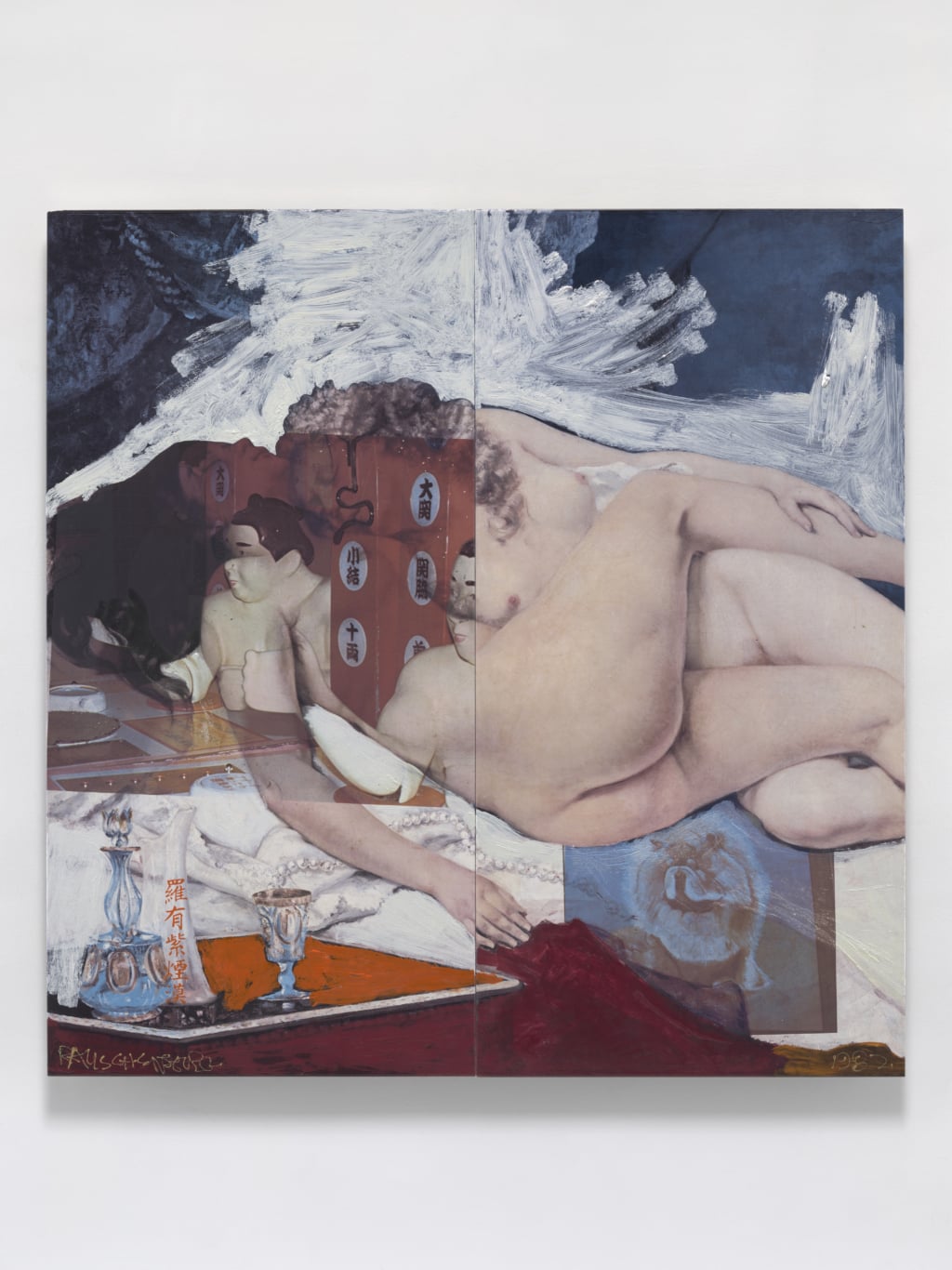 An iconic figure in contemporary American art, Robert Rauschenberg (1925-2008) bridged the gap between abstract expressionism and pop art in the 1950s, while refusing to be affiliated with one particular movement. Bringing together materials, symbols, cultures and sources, he began a collaboration with Otsuka Ohmi Ceramics Company (OOCC) in the early 1980s in Shigaraki, Japan.

This project is a continuation of two founding series: Combines (1953-1964) —hybrid pieces combining painting, collage and everyday objects— and Spreads (1975-1983), in which he used transferred and silkscreen images as well as assemblage, sometimes as part of important installations. He continued this work in Japan, integrating the technique specific to Japanese pottery making and imagery inspired by the country’s culture, thus fusing ancient and modern.

Robert Rauschenberg wanted to develop an intercultural dialogue and encourage sharing of skills, particularly artisanal. Sensitive to Japanese culture, he borrowed the title of one of his installations, Famous Murders with Poems, from Yoshitoshi, a 19th-century Japanese master of woodblock printing. As part of his association with the OOCC, he worked with Japanese chemists ‘to produce glazes that allowed him to silkscreen photographs onto transfer sheets that were then fused with the ceramic’, giving rise to the series of Japanese Clayworks (1982/1985). These pieces bear the mark of the place where they were made, incorporating motifs found on Japanese ceramics, while the artist’s ‘traditional’ signature is accompanied by a transliteration of his surname in kanji, a form of Japanese writing adapted from Chinese characters.

While his pieces were being fired in the OOCC’s kilns, he discovered different reproductions of historical Western art masterpieces in the workshops that inspired him to create a second series, entitled Japanese Recreational Clayworks (1982–83/1985). These works are composed of prefabricated ceramic panels, to which the artist added images of contemporary Japan from his own photographs, as well as some painted by hand himself. Edgar Degas, Leonardo da Vinci, Jean-François Millet and Jacques-Louis David thus all came face to face with Japan.

This time spent in Japan led to the creation of the Rauschenberg Overseas Culture Interchange (ROCI), pronounced ‘Rocky’, named after the artist’s pet tortoise. The initiative aimed to support talented local artisans but was later exported to ten countries between 1984 and 1991, including Japan. In 1987, the artist declared that ‘collaboration is a prescription or device that keeps one from getting hung up on a strong single intention that blinds. […] Every individual that you add to a project will result in ten times as many possibilities’.

While some of the pieces in these two series were displayed from 1982-1983 in the prestigious Leo Castelli Gallery in New York, others are currently being exhibited for the first time outside of Japan in an exhibition organised by the Thaddaeus Ropac gallery in Salzburg, Austria (8 April-9 July 2022), in collaboration with the Robert Rauschenberg Foundation.

Japanese Clayworks (2022), an exhibition of pieces by Robert Rauschenberg held at the Thaddaeus Ropac gallery in Salzburg from 8 April to 9 July 2022. 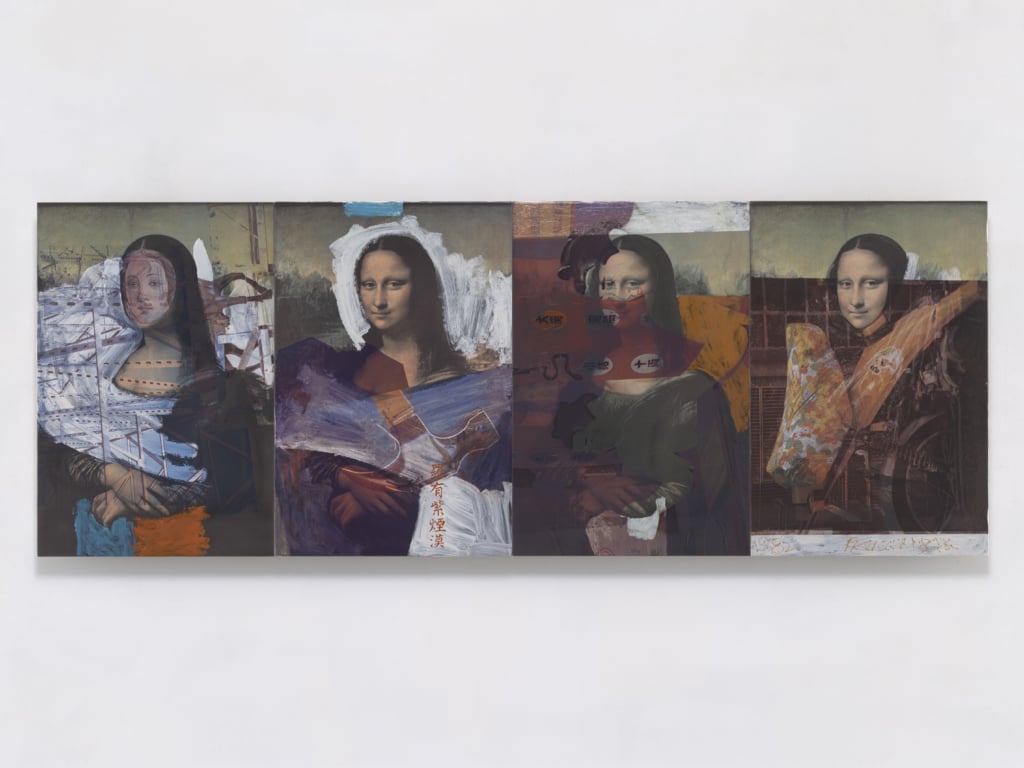 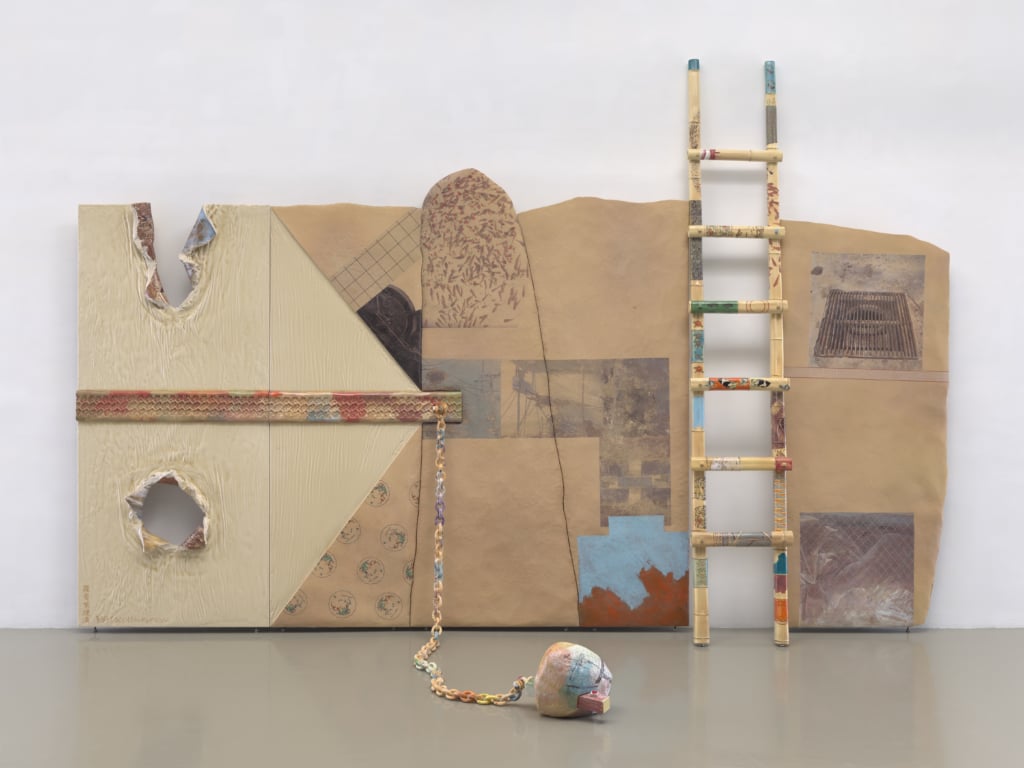