Susumu Shingu: An Ode to Nature

Sculptor, mechanical engineer, and architect of a utopian village, the artist boasts a protean body of work based around nature. 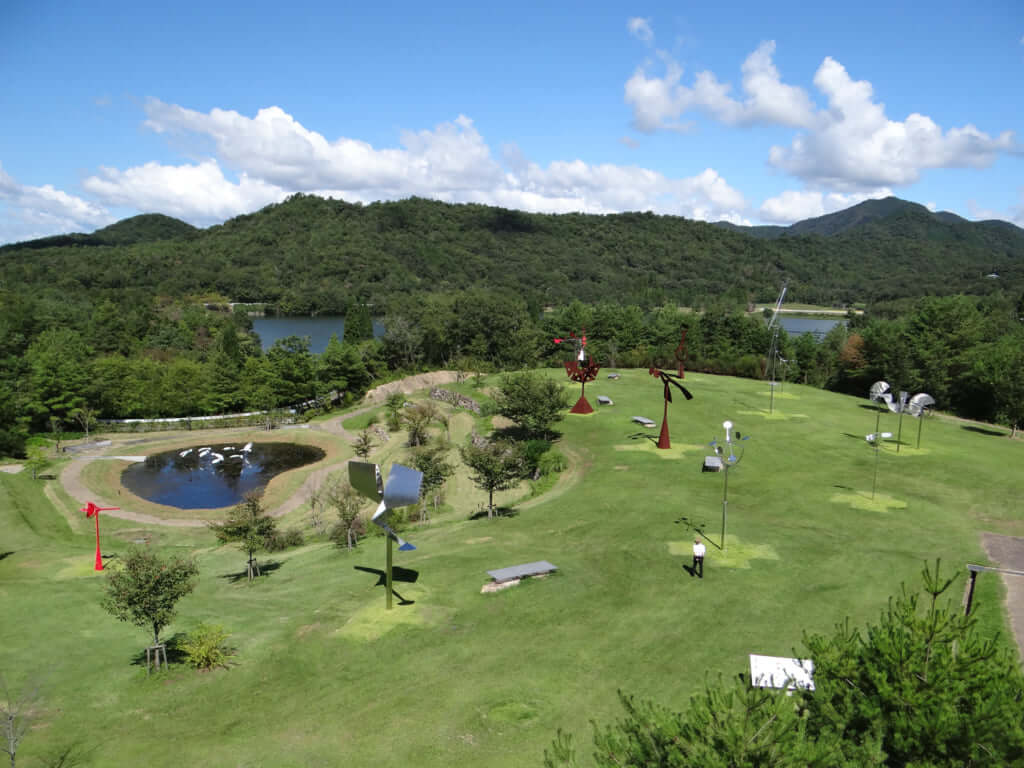 The works of Japanese artist Susumu Shingu border on meditation. When looking at his installations, some parts of which come to life thanks to the force of the wind in a perpetual movement, but one which has been cleverly orchestrated by the creator, time seems to stand still. The viewer is therefore immersed in a sort of bubble, in which the only things that matter are nature and movement.

‘My works are ways of translating the messages of nature into visible movements’, explains Susumu Shingu in an interview with Pen. ‘What I try to show is the beauty of our planet and how lucky we are to be born here as human beings. For me, there are no boundaries between art, mechanics, science, and the production of picture books and artistic practice.’

The artist’s playground is the outdoors. He uses parks, gardens and areas around rivers or ponds to install his moving sculptures, created from high-tech materials and using innovative technology, the movements of which Susumu Shingu regulates in fine detail. However, beyond the materials used to create his moving sculptures, the artist seeks to harness the natural forces of water, wind, waves, energy, and gravity, as if to breathe a life force into them to make them mobile.

‘It’s not just beautiful, it’s scientifically adjusted’, explains Bernard Vasseur, Director of the Centre de recherche et de création Elsa Triolet – Louis Aragon and author of Shingu, a book presenting the work of the Japanese artist, of whom he is now a close friend. While people might seem surprised by the artist’s use of non-natural materials to create his sculptures, he sweeps this aside. ‘It has to be solid. Susumu Shingu does not create land art, he does not take elements from the landscape to produce his works. His work is exposed to the outdoors, to the wind. And in Japan, wind can take the form of a typhoon.’

As well as being exposed to the four winds, Susumu Shingu’s work travels across the world, like Wind Caravan, an installation of mobiles that has passed from Japan to New Zealand via Finland and even Mongolia. This is a good way to test the structures, and also to gauge how his work is received by diverse cultures. One of the stops was at the Château de Chambord, where the artist’s work was exhibited from 2019 until 2020.

‘When I look back, Leonardo has always appeared in my life at the perfect moment. The first time was in 1956, when I started studying at the University of Fine Arts in Tokyo. My instinct told me that it was just a crossing point, even if getting into this university was a good opportunity for me. I think I heard Leonardo’s voice calling me at that moment’, he continues.

The young Susumu Shingu continued his university studies before heading to Rome with the aid of a study bursary from the Italian government. This was a transitional point in the creation of his artistic identity. Thus, he abandoned figurative painting for abstract 3D sculpture, before taking up sculpture activated by the wind. ‘After having started to focus on the creation of sculptures moved by the wind and water, Leonardo gave me some hints about different styles and techniques and sometimes gave me advice’, declares the artist who, like the Italian master, fills his sketchbooks with ideas throughout the day so as not to forget a single one.

The Japanese artist, now in his eighties, has seen one of his most ambitious projects become a reality: the creation of a utopian village entitled Atelier Earth. Situated in the city of Sanda, north-west of Osaka in Hyogo prefecture, Atelier Earth encompasses a museum, a theatre, a workshop, and a café, all linked in a circle. And, of course, it bears the mark of the artist, as there is a coloured mobile sculpture at the top of each construction, some of which are connected to mechanisms that make it possible to move objects in the room.

‘I’m trying to create a workshop with people who share the same thoughts as me, without destroying nature further, as a place where we can take pleasure in thinking about a future way of life.’ This utopia could be seen to resemble that of da Vinci, when he designed a concept of an ideal city for Francis I of France. For Susumu Shingu, the priority is still, as always, this ode to and respect for nature.

Susumu Shingu: A Utopia for Today (2019-2020), was an exhibition that took place at Château de Chambord from 6 October 2019 to 15 March 2020. More information on Atelier Earth is available on the artist’s website. 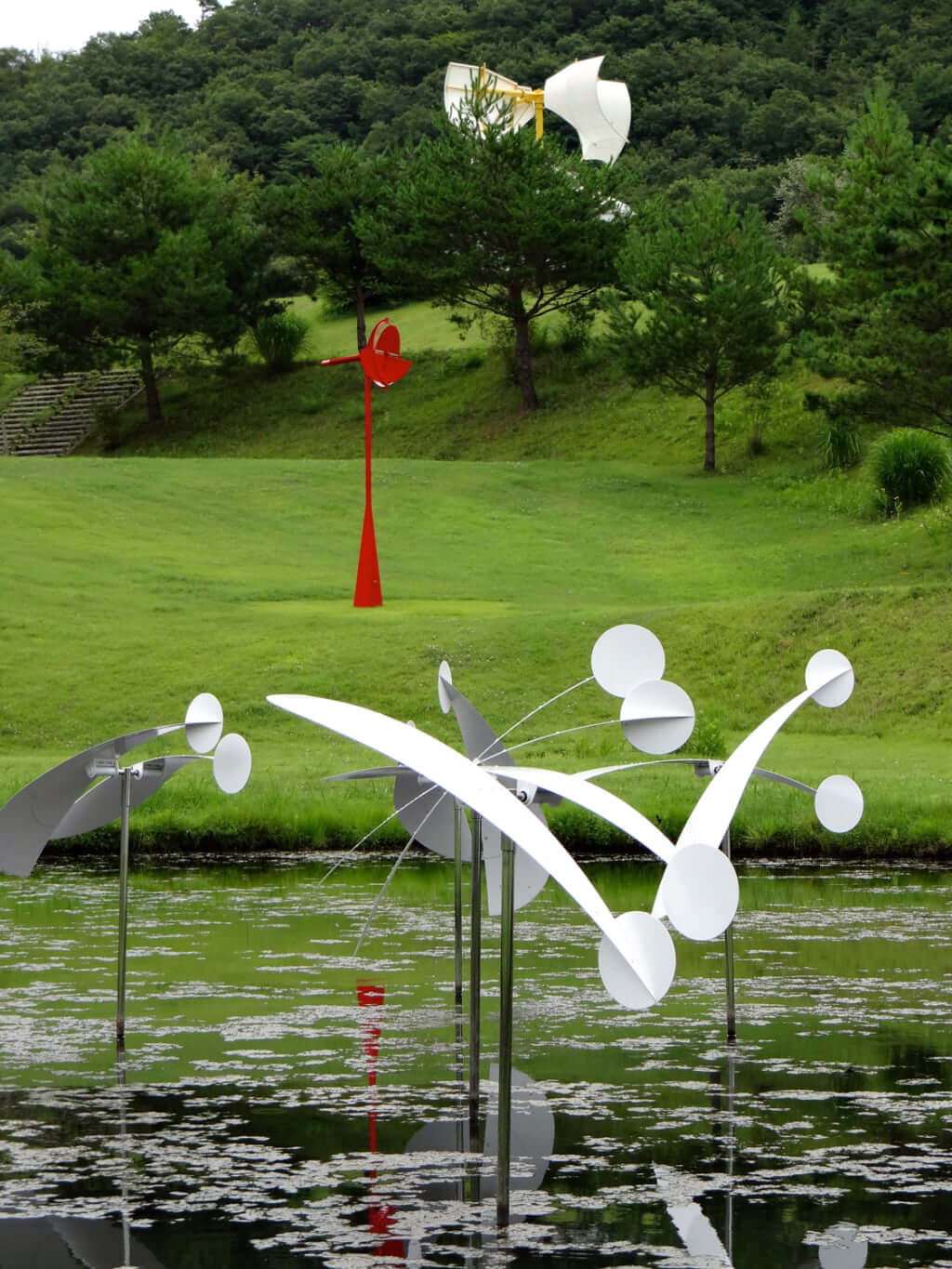 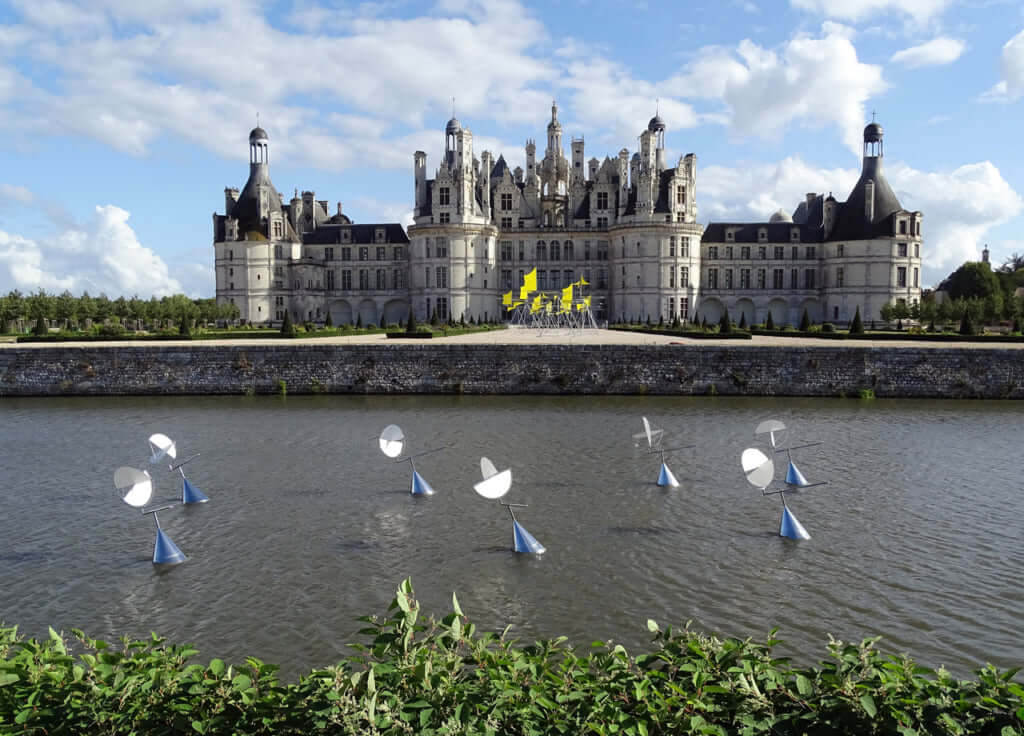 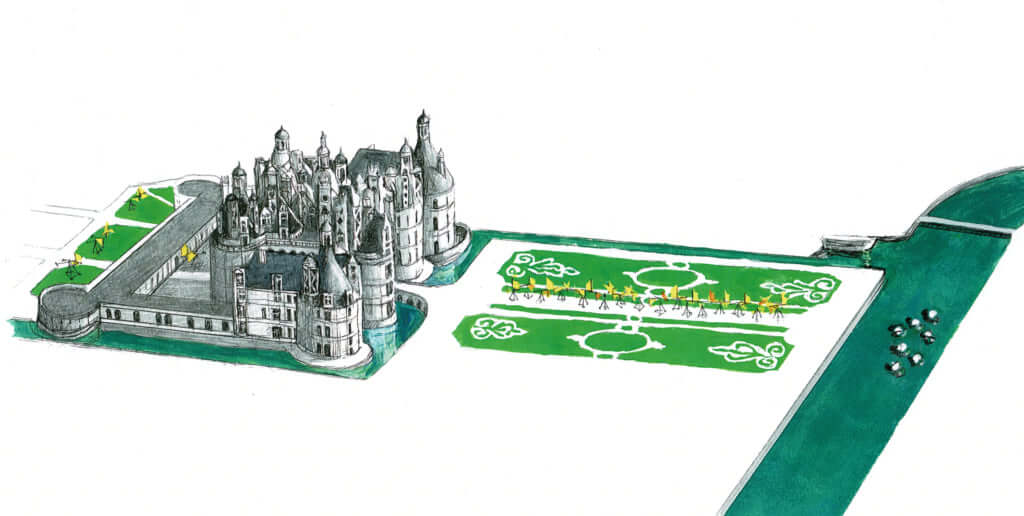 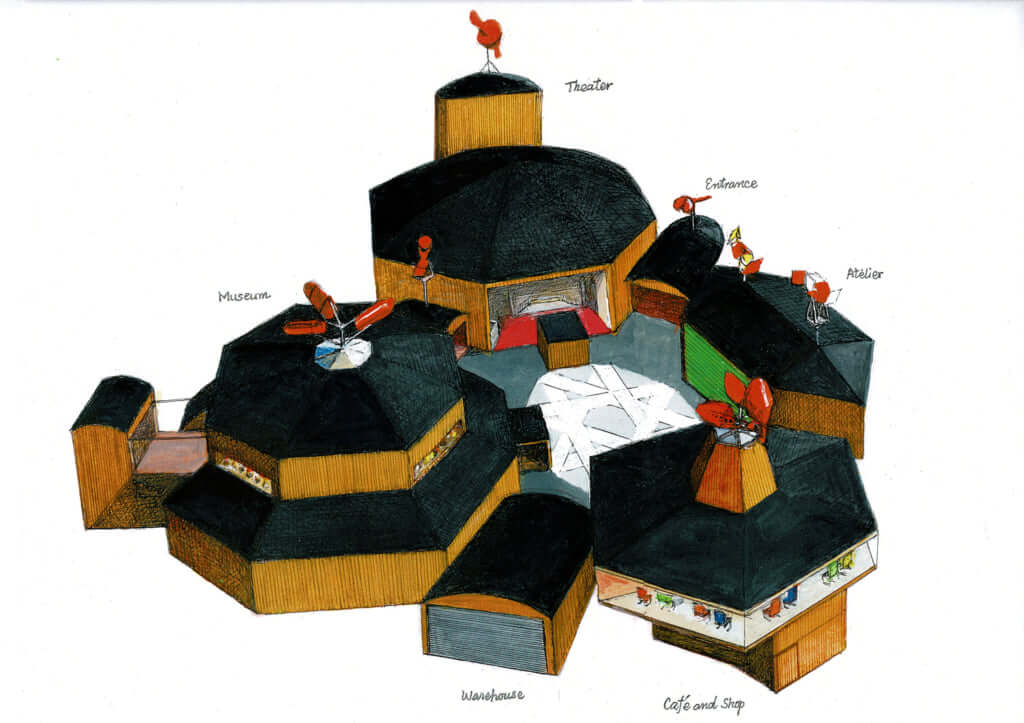 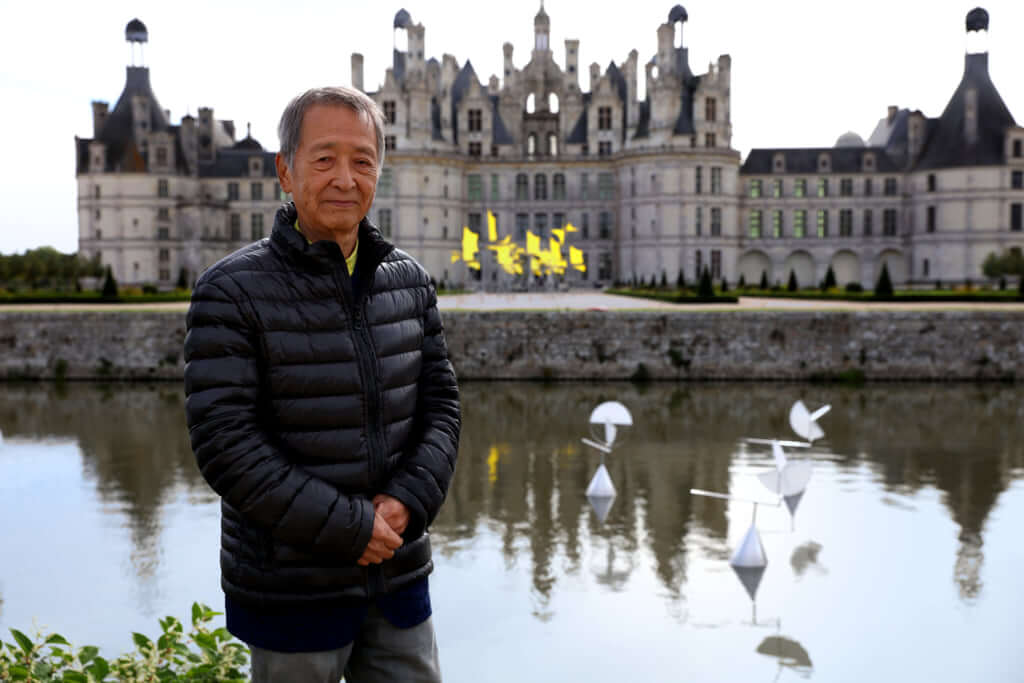