The Blood Brothers, an Encounter Between Cameroon and Japan

These sculptures by Serge Mouangue sit at a meeting point between two diverse cultures and their craft heritage. 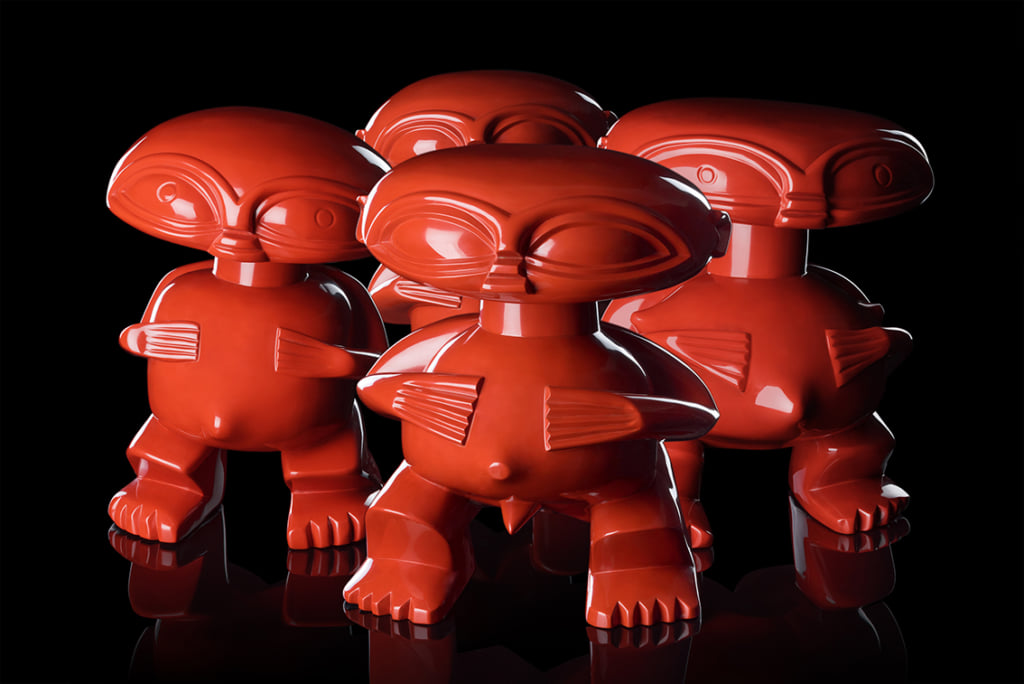 Blending the know-how of two disparate cultures is the driving force behind Serge Mouangue’s The Blood Brothers. These works bring together Cameroonian wood sculpture and urushi lacquer techniques, one of the most resistant varnishes in the world, produced by a family of artisans in Tokyo who work, notably, for the emperor.

These pygmy figures were created by Mouangue as part of the project Wafrica — “wa” being the most ancient word in Japan, meaning harmony or peace. They were created as a tribute to Japan when the country was hit by a tsunami in 2011.

Interrogating notions of origin and identity

Born in Cameroon before moving to France with his family, Serge Mouangue later went on to spend time in Japan. It was there that everything clicked. He began to realise the similarities between Japanese and African traditions, and decided to orient his art practice towards combining the two cultures while interrogating notions of origin and identity. His success in Japan was immediate and he was named a TED Fellow in 2011, a title reserved for those who are greatly respected in the country. He also garnered popularity for his African Kimono created with the designer Kururi, which was modelled by actress Victoria Abril at the Cannes Film Festival in 2017.

In 2011, The Blood Brothers was exhibited at The Museum of Art and Design in New York as part of the Global Africa Project. Considered by the curators of the museum to be the first encounter between Africa and Japan in art history, the museum offered to spend $420,000 on its acquisition, a proposal that was refused by the artist, according to an interview given in Influencia.

Based in Paris, the project Wafrica has collaborators in Tokyo, Kyoto, and Yaoundé.

The Blood Brothers (2011), by Serge Mouangue can be found on the Wafrica project website. 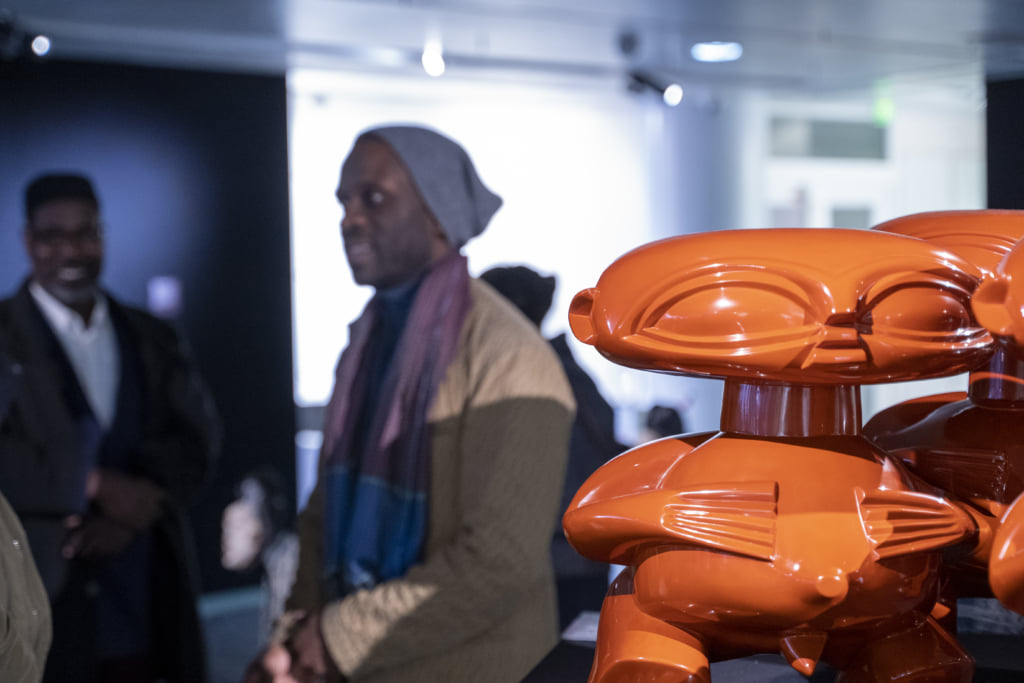 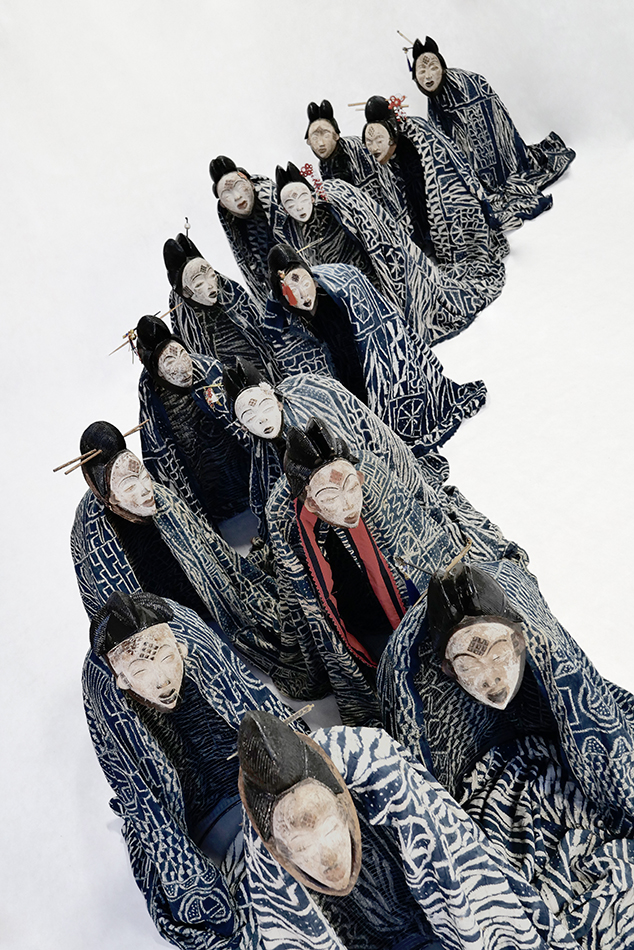 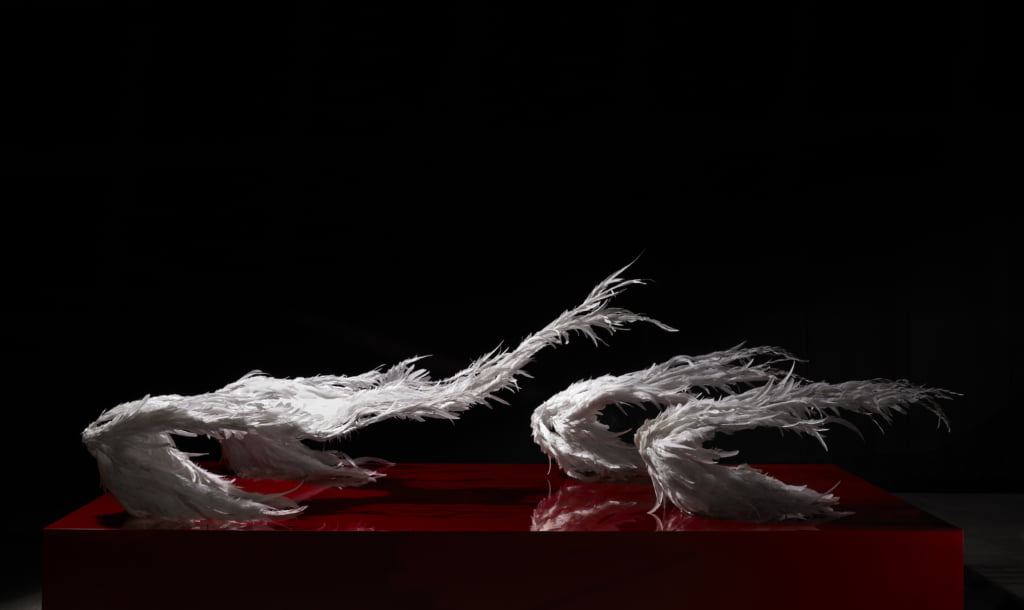 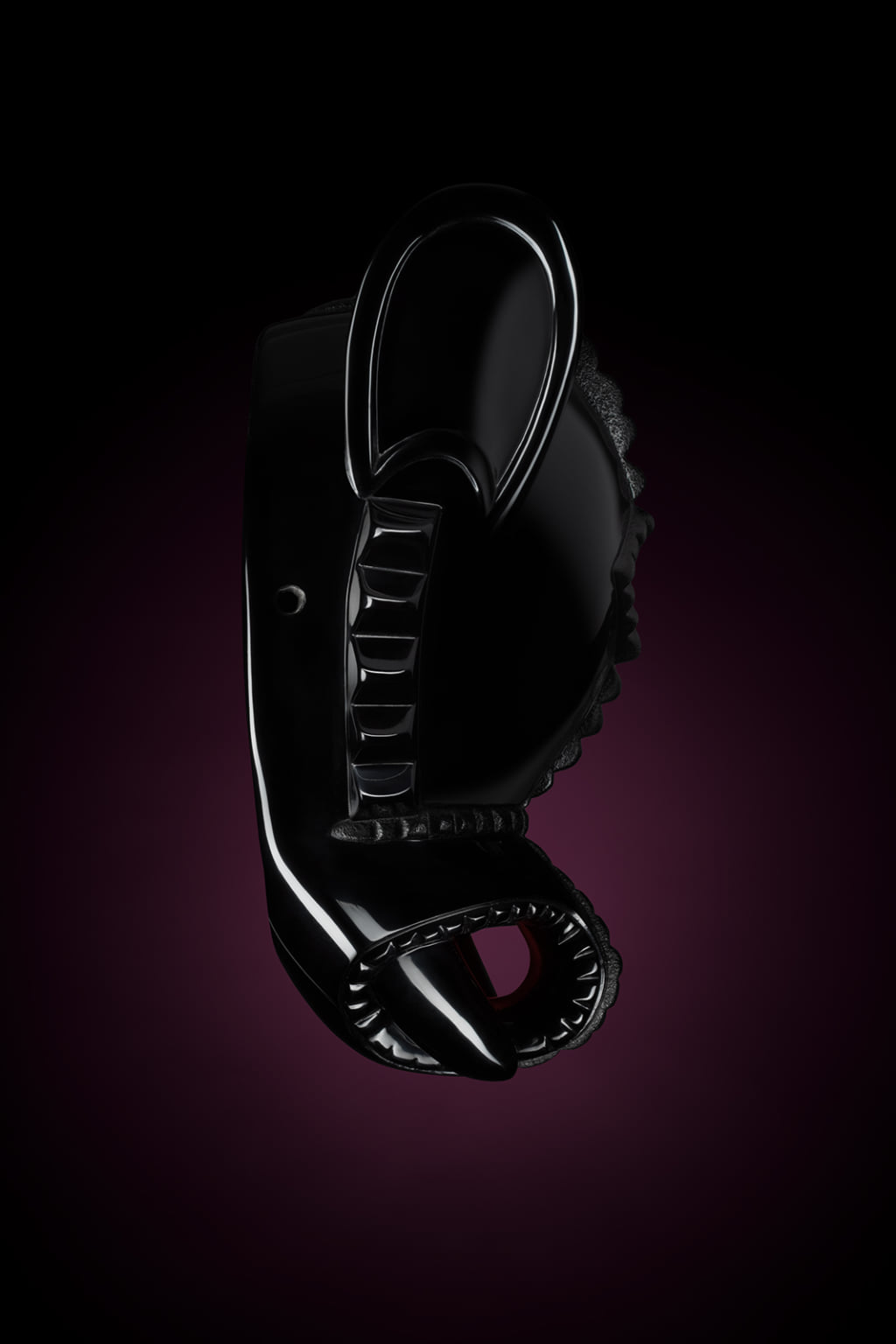