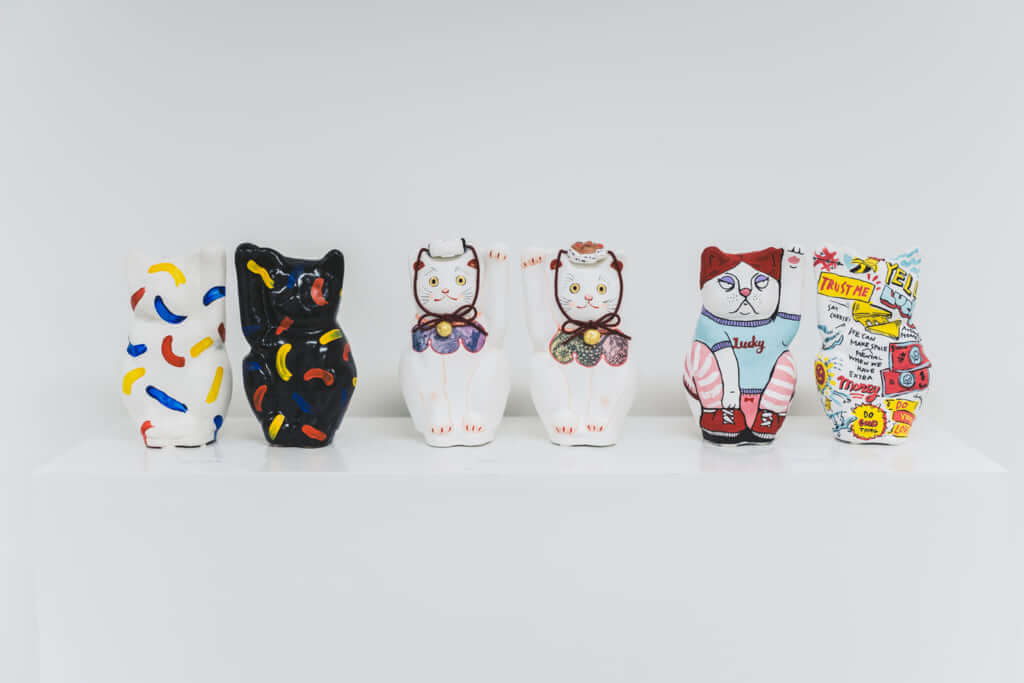 The Maneki Neko figurine, the iconic Japanese cat with its left or right paw raised, was the focus of A LUCKY CAT EXHIBITION at the Sid Lee Gallery in Paris, organised by the Sato Creative agency.

The brand-new Sid Lee Gallery, from the creative agency based in Paris, Montreal and Los Angeles, celebrated its opening by inviting 50 French and Japanese artists to customise the Maneki Neko figure, traditionally said to bring luck and riches. Made by Japanese craftspeople, the plaster statues were made in two varieties, with the left or right paw raised. The artists, all from varying backgrounds, were given free rein to put their own artistic stamp on their figure. The result is impressive, with some highly ornate pieces and other more stripped-down figures. The exhibition presented a mixture of tradition and modernity, and thus reflected the very essence of Japan itself. 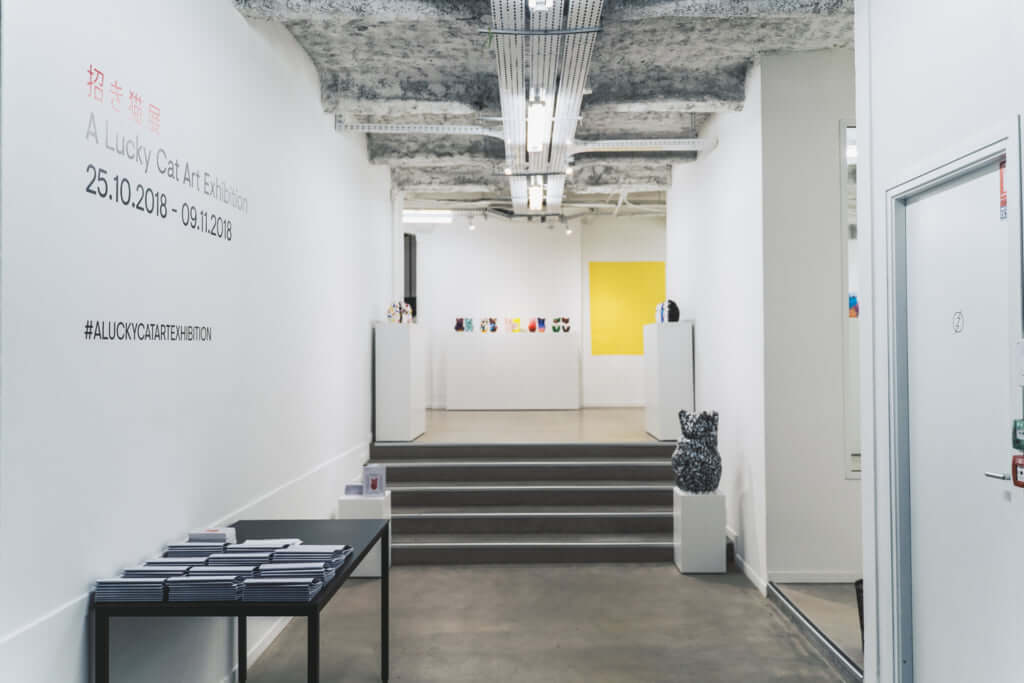 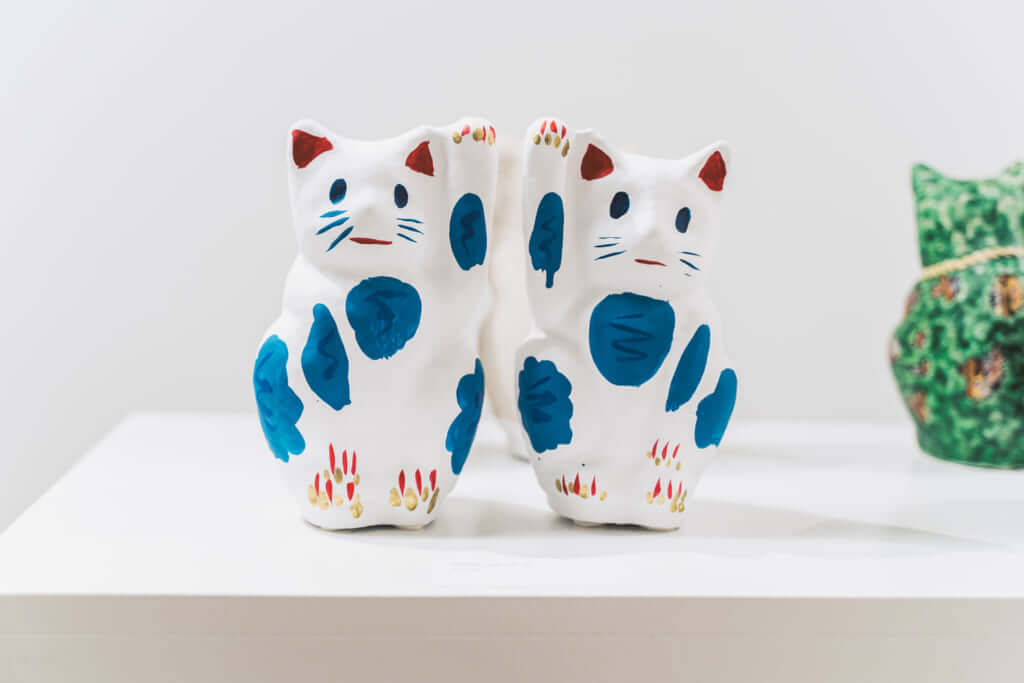 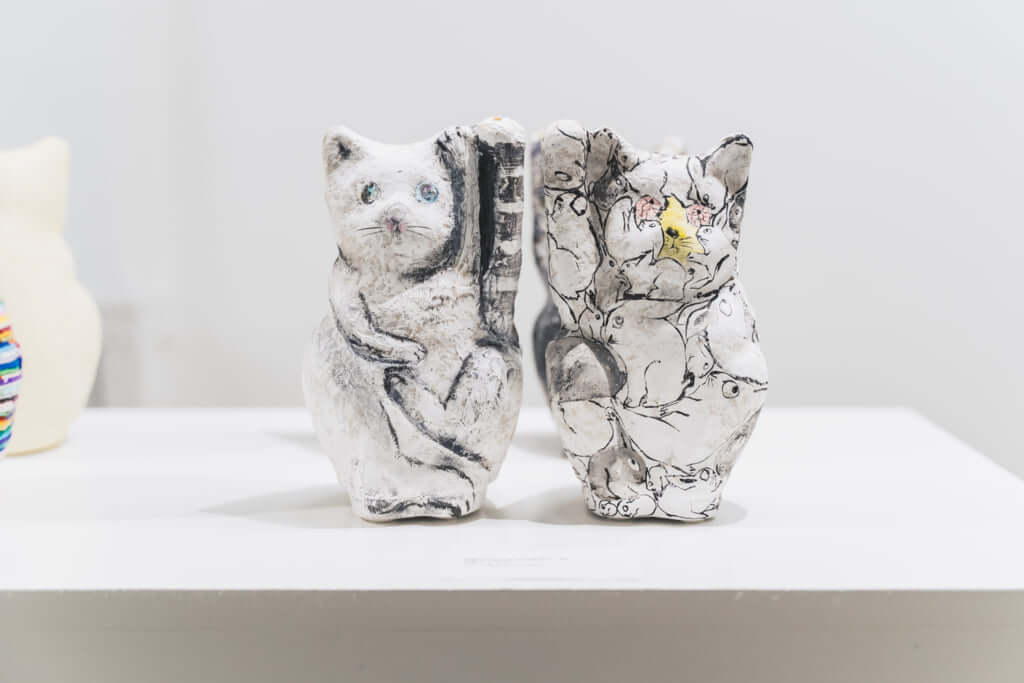 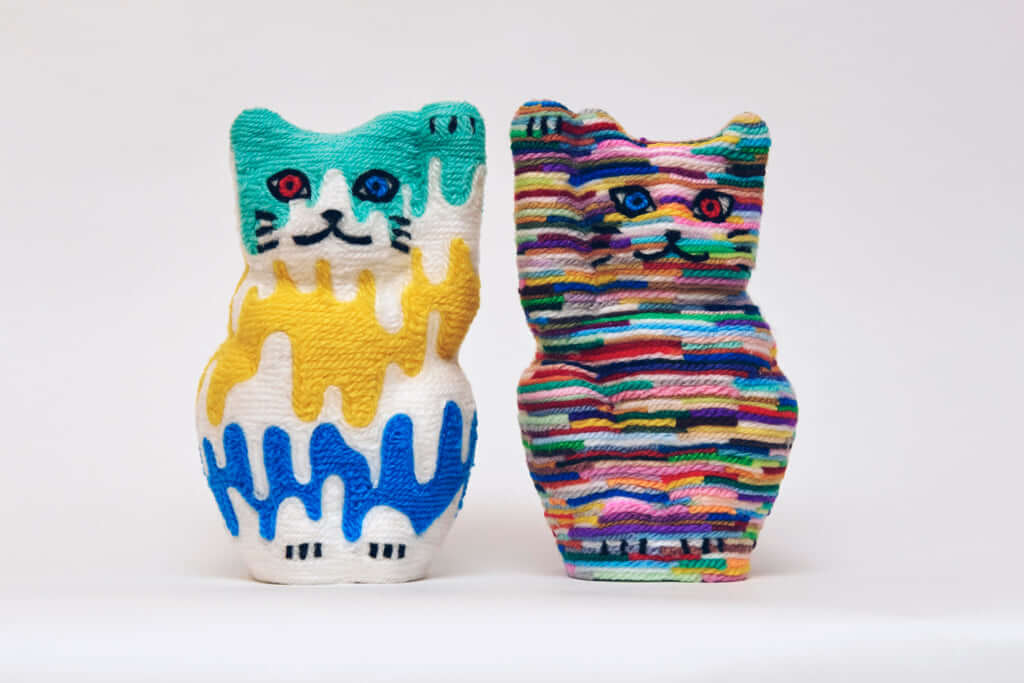 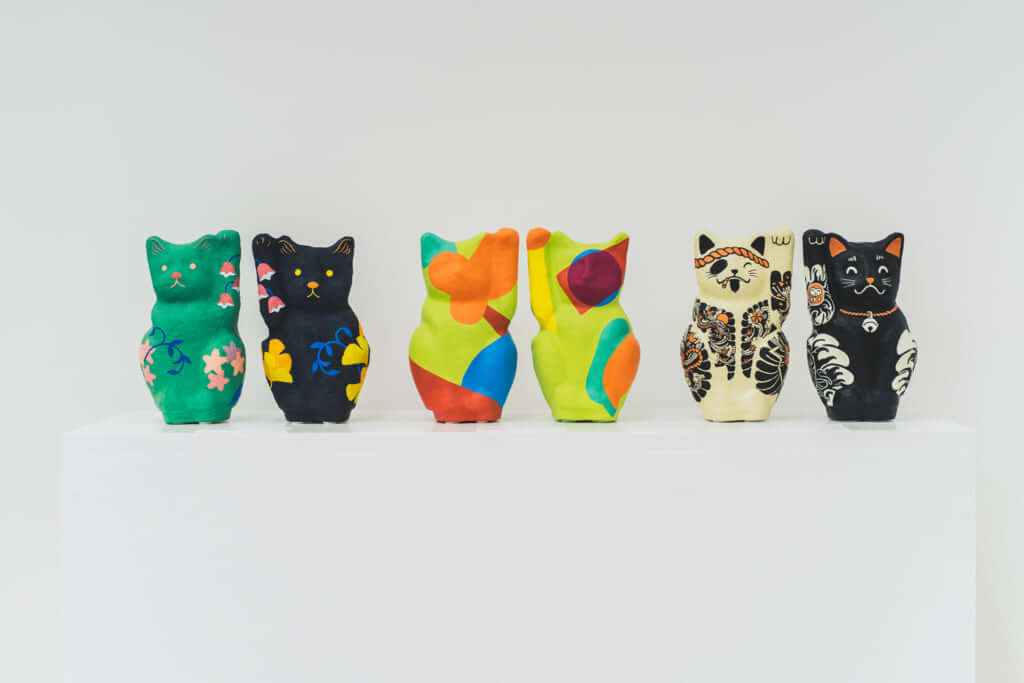 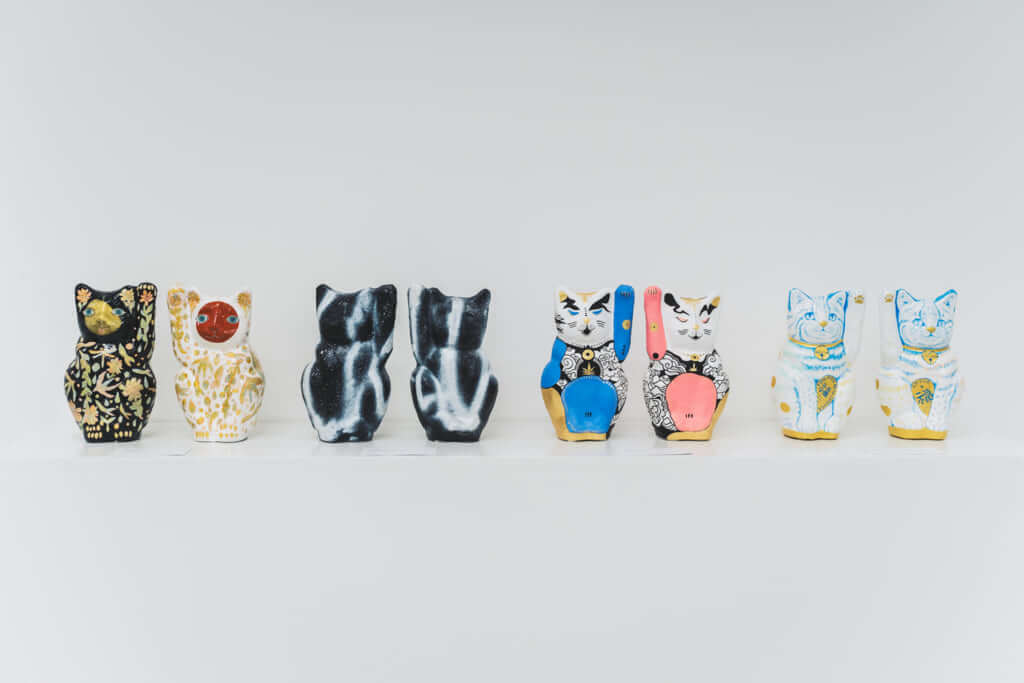