Urban and Digitised Youth, an Existence That Veers Towards Abstraction

In 'Everything_2', artist Kenta Cobayashi brings together photography and digital manipulation to share his vision of modern life. 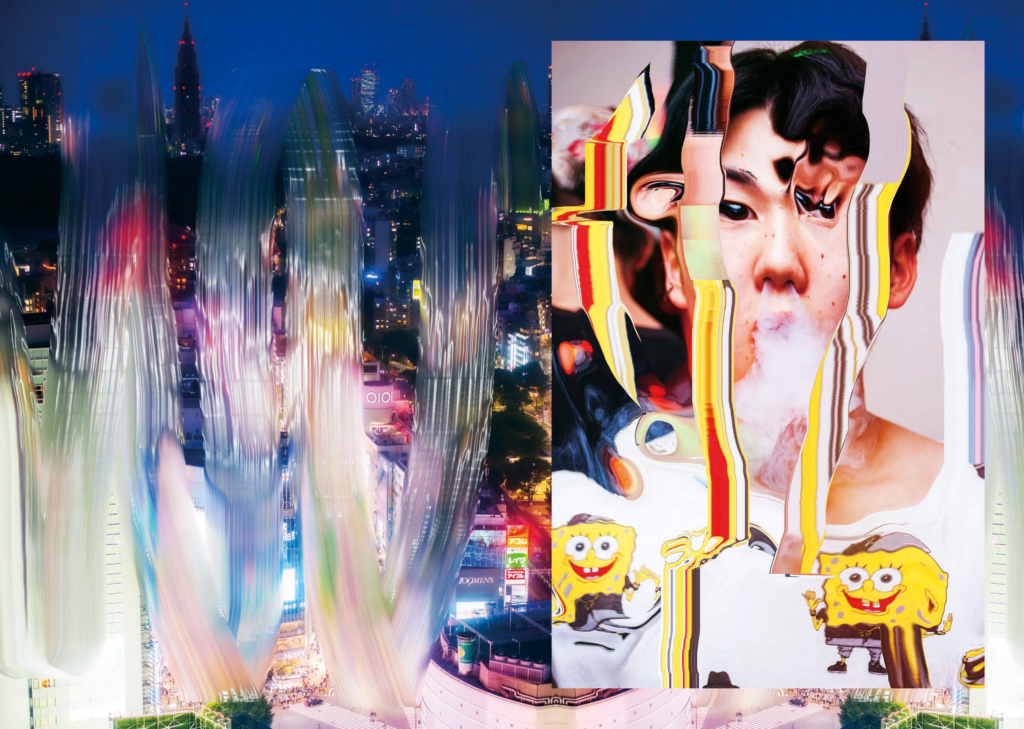 How is it possible to capture reality and represent truth in photographs, known as shashin in Japanese? Young photographer Kenta Cobayashi sets about doing exactly this using an unusual technique, comprising digital manipulation with a clean aesthetic, which he reveals in the series Everything_2, published by New Fave Books.

The artist, born in Kanagawa in 1992, has created a universe that has led him to split his work between commercial photography—for major brands like Louis Vuitton and Dunhill—and artistic projects. After Everything_1, published in 2016, the next part was presented to the public in 2020.

Allegories of a youth in perpetual motion

Everything_2 compiles moments of life, luminous and psychedelic flashes. Behind the bands of colour and virtual brushstrokes, the nightlife reveals itself, made up of faces, stolen moments, and portraits, whether fixed or expressing the sense of euphoria unique to life in a modern urban environment. The artist’s dual role lies in the elements he inserts: cars, symbols of a society geared towards entertainment for young people, the latter’s relationship to fashion and to the image it projects in a time of incessant exchanges. In short, he presents an existence carried away by a technological whirlwind in which immobilism is forbidden.

In an interview with the founder of publishing house New Fave Books, Kohei Oyama, the artist explains, ‘It seems to me that the structure of the city expresses the collective unconscious of the people towards its form. The world’s economy is developing in the same way in order to achieve this’, and declares that while ‘there’s a certain beauty there, [it’s] also a horribly boring view.’

Urban life in Japan is frequently illustrated by its iconic dazzling neon lights, and while they appear here, they are not alone, and are just one step in the construction of society.

Everything_2 (2020), a book of photographs by Kenta Cobayashi, is published by New Fave Books. 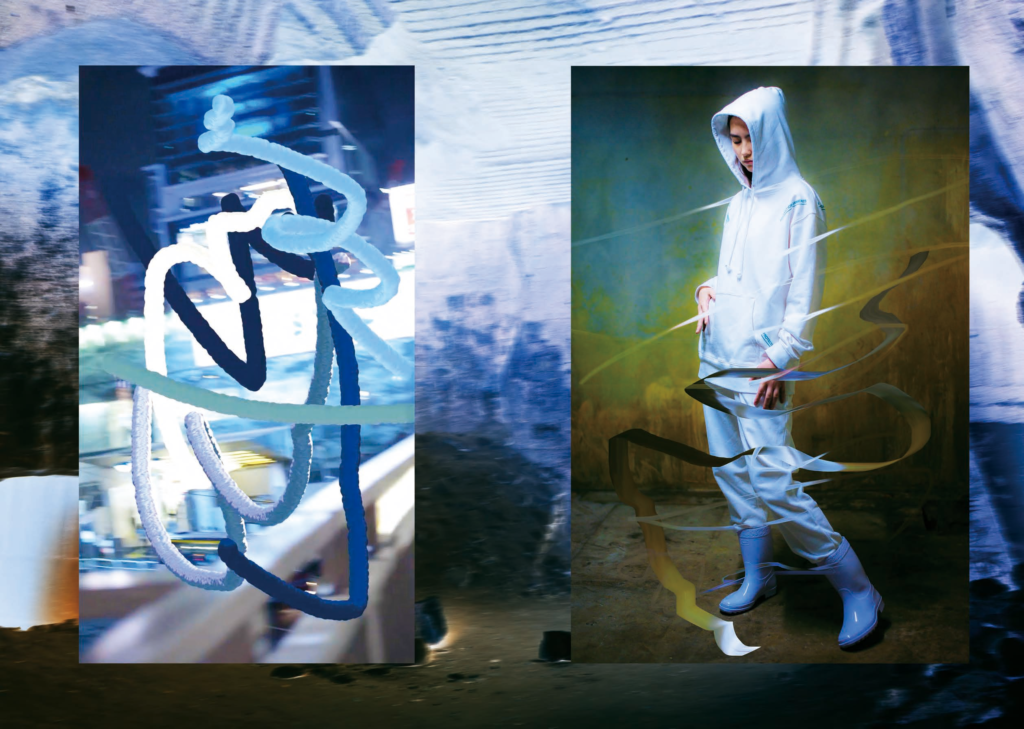 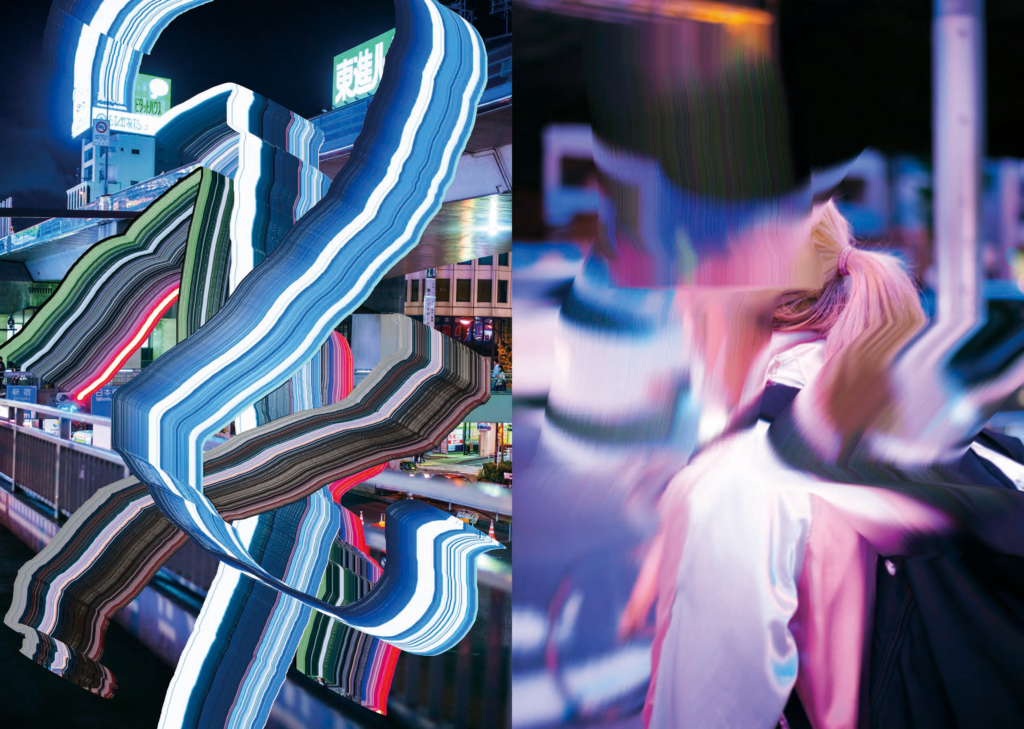 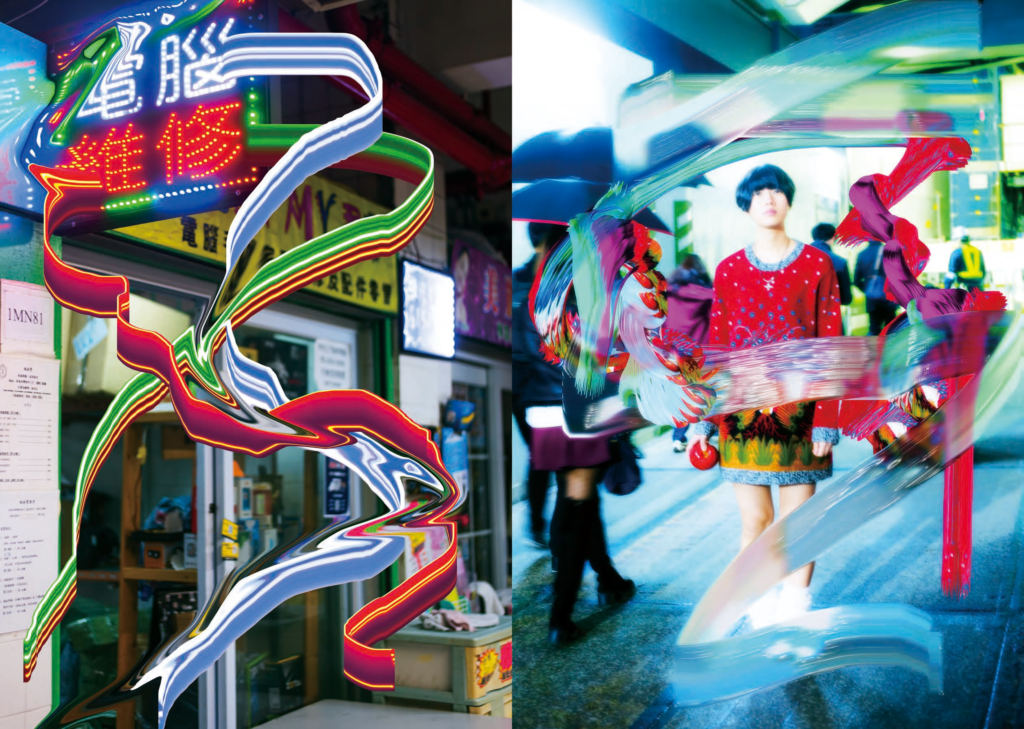 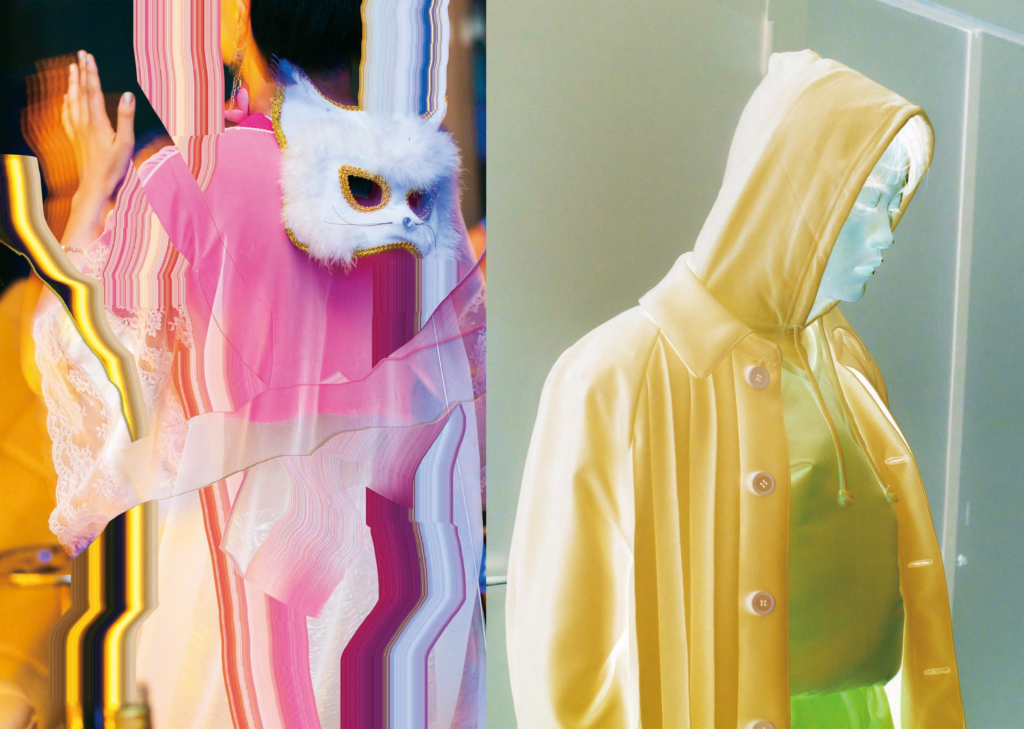 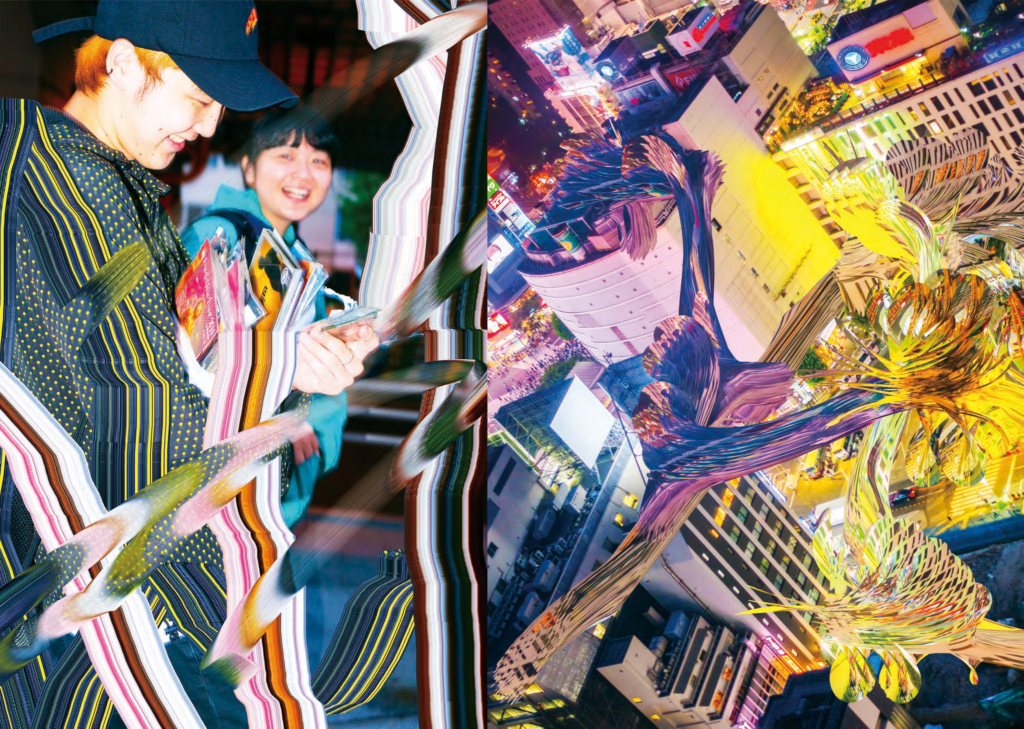 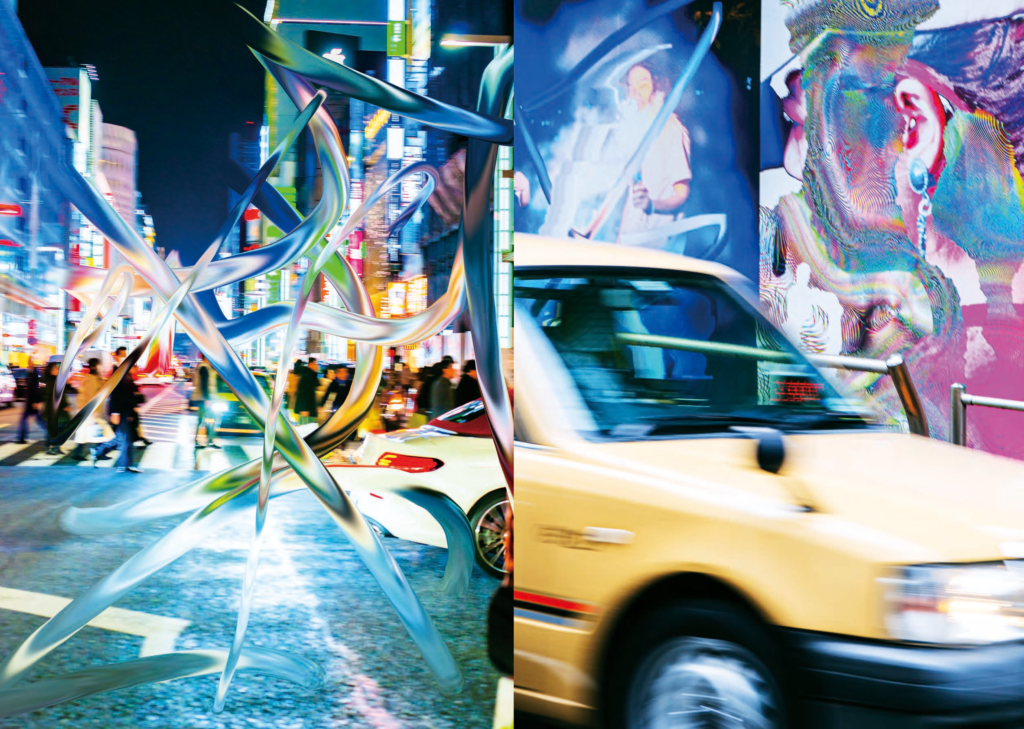 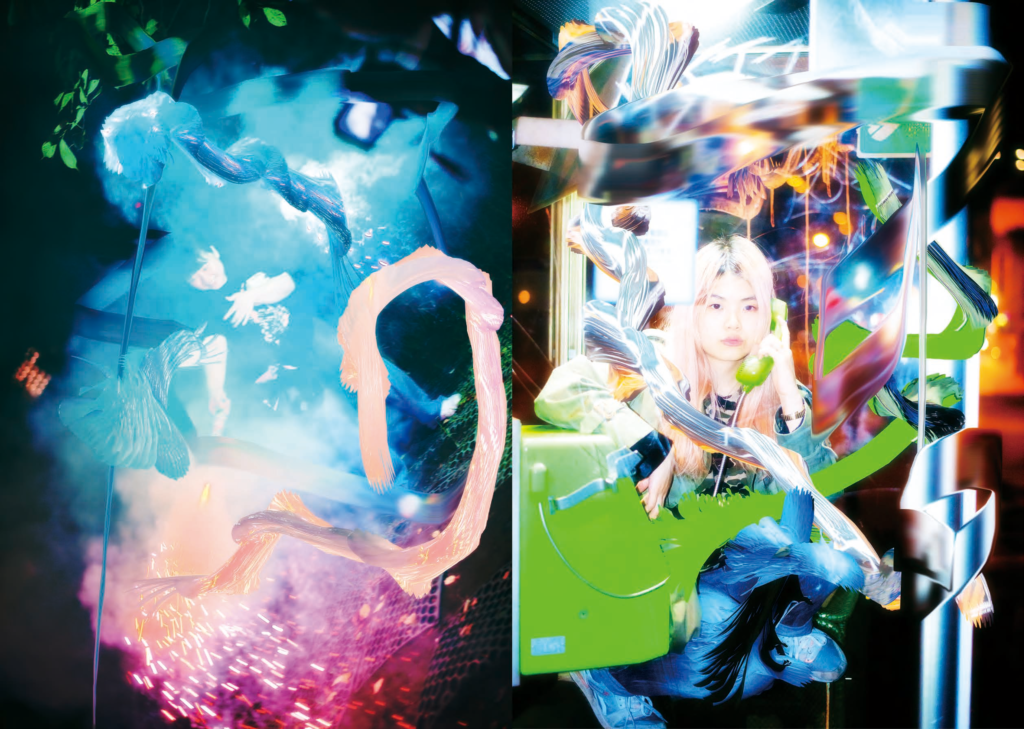 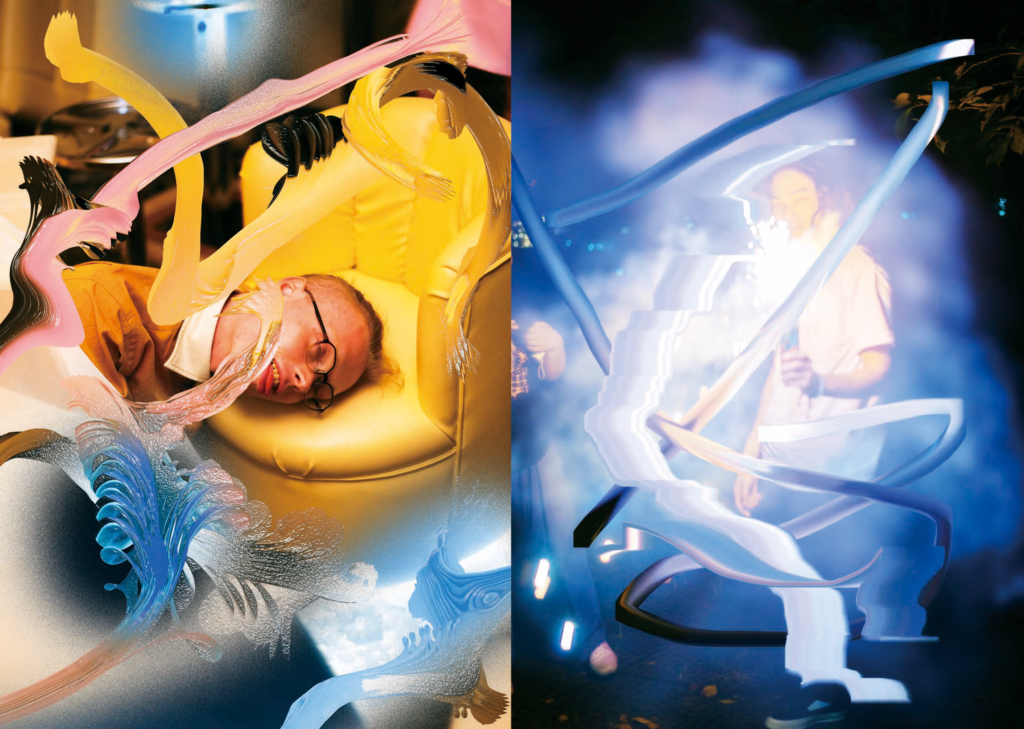 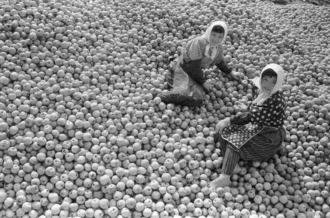