When a ‘Yokai’ Meets Botticelli

In 2020, Japanese artist Chiaki Kamikawa decided to bring the 'yokai' Amabie face to face with the goddess Aphrodite. 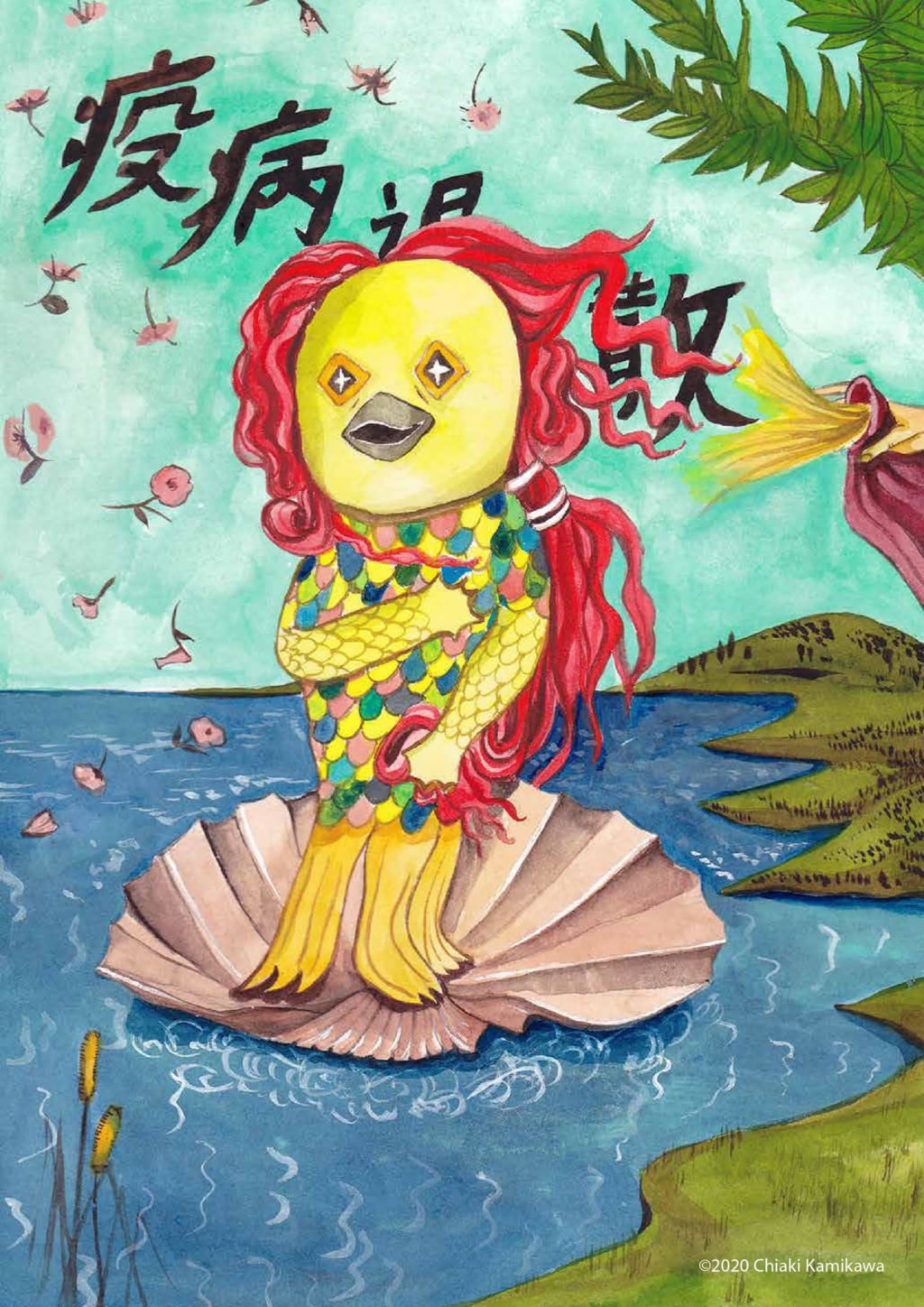 Yokai occupy an important position in Japanese culture. They represent monsters, supernatural creatures. The term can be translated as ‘spirit’, ‘demon’, or ‘ghost’ and they can be friendly or hostile, and take on various forms. Artist Chiaki Kamikawa, originally from Kanagawa and now living in Cyprus, has been working on representing these figures since 2018. In 2020, the pandemic led to an encounter between a yokai and a goddess.

Since the beginning of her career, the artist has endeavoured to present alternative worlds to the public. She explains how she started a series of paintings and drawings in 2018 that depict yokai-like creatures in landscapes and everyday scenes specific to Cyprus. ‘I had a growing curiosity about animism and ideas such as spirits in nature, magical phenomena, and power spots, therefore I was eager to combine these ideas with my daily surroundings. It was probably my counterreaction to the rather distant attitude of people towards animism and mysticism in my current environments.’

The legend surrounding the yokai Amabie states that it emerged from the sea and asked people to share an image of it to ward off disease—a rather topical theme. Amabie was documented for the first time in 1846, by an official working for the Japanese government. An image of Amabie, even just copied, conserves its healing powers.

The piece Amabie x Aphrodite presents the coming together of the two characters. ‘I made Amabie x Aphrodite for two reasons. It was because of the pandemic and also because I live in Paphos in Cyprus, which, according to Greek mythology, is the birth place of Aphrodite’, the artist explains. She produced the work in Cyprus in 2020, during the first lockdown period. ‘I was already familiar with Amabie as I took a lot of inspiration from Shigeru Mizuki’s illustrated books on yokai. It just felt like very appropriate timing to combine Botticelli’s The Birth of Venus (Aphrodite in Greek mythology) and Amabie, which both emerged from the water’, Chiaki Kamikawa continues.

Conforming to Amabie’s original intention, she has made a PDF version of the piece available on her website. ‘Maybe I can make a small contribution to society instead of worrying about copyright’, Chiaki Kamikawa concludes.

Chiaki Kamikawa’s work can be viewed on her website. 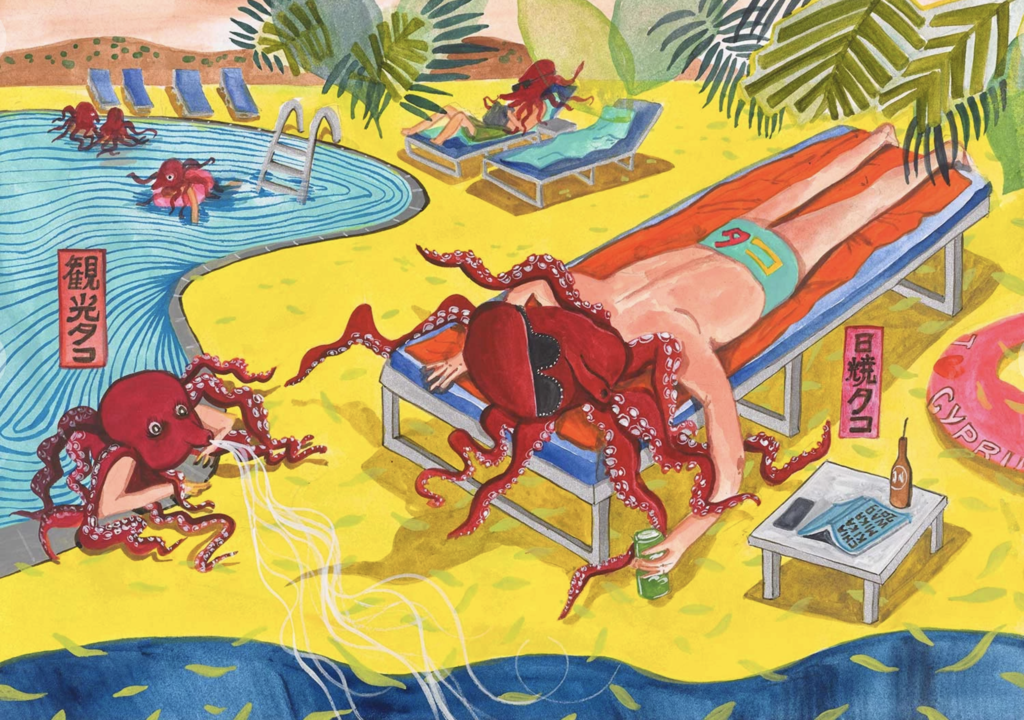 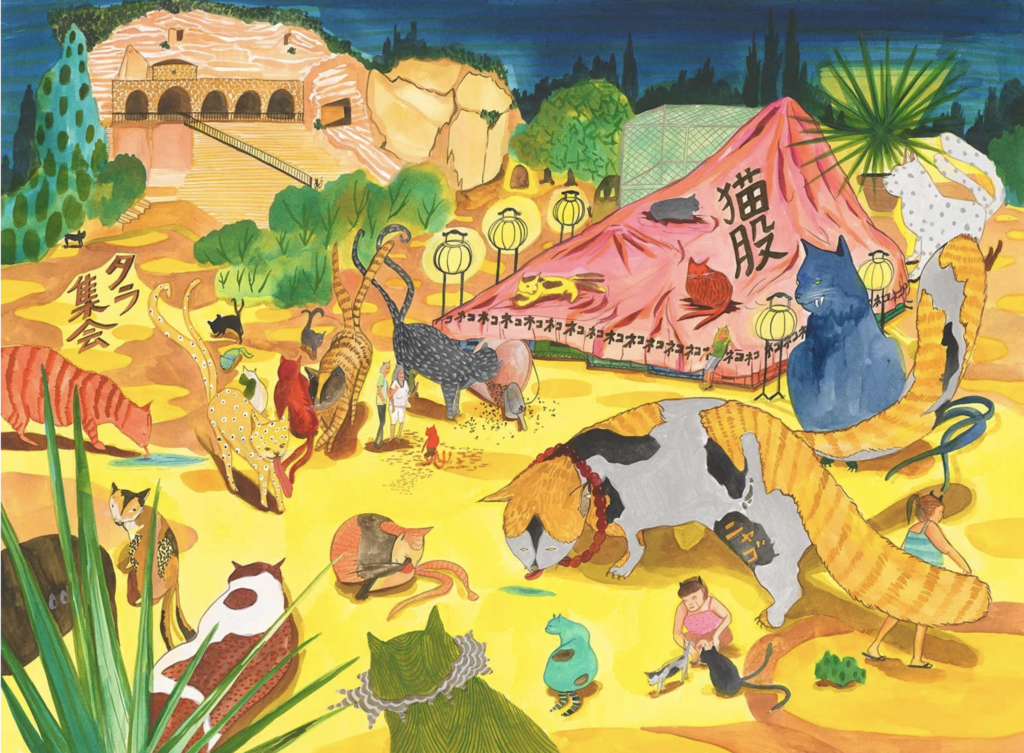 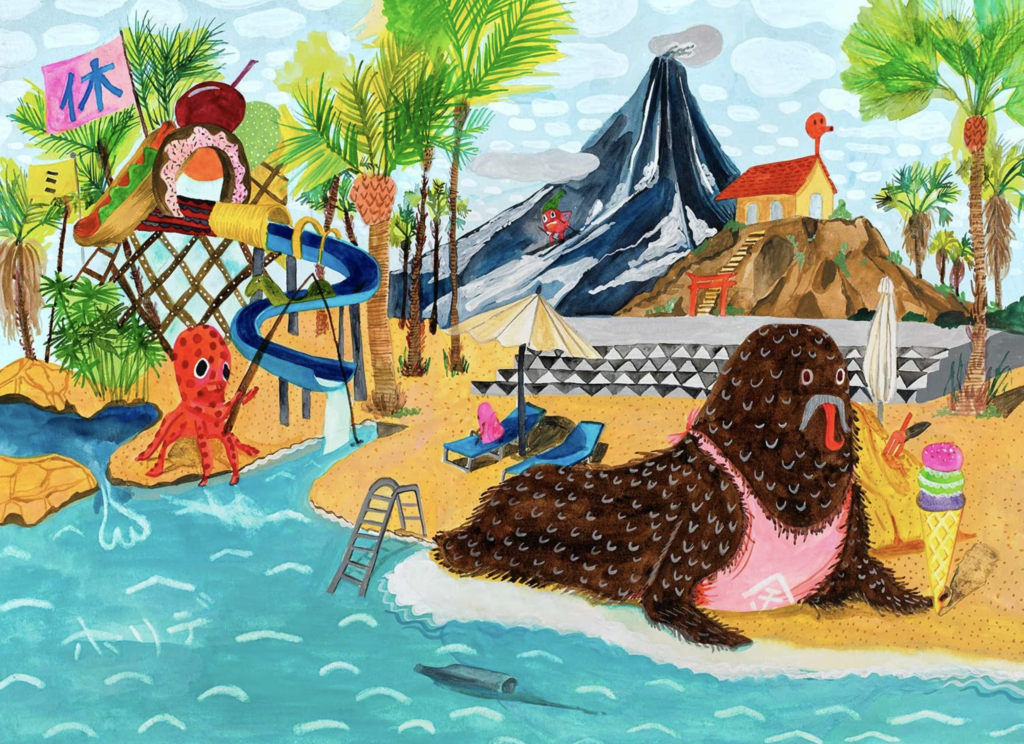