A Previously Unseen Conversation Between Juliette Binoche and Hayao Miyazaki

In 2018, the French actress and the star of Japanese animation discussed their fascination for nature and the director's inspirations. 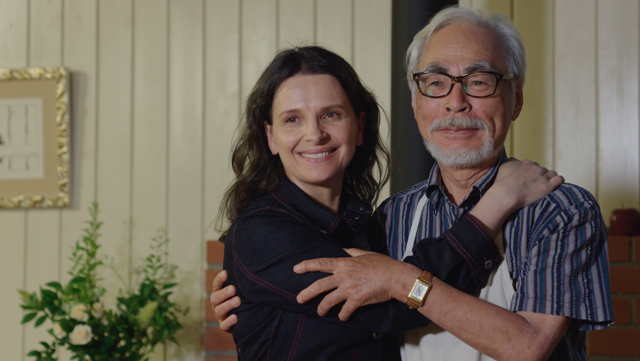 Hayao Miyazaki doesn’t talk much. The illustrator, director, and animation producer, and co-founder of Studio Ghibli alongside Isao Takahata, spoke to Juliette Binoche in his studio. This emotive discussion between the two artists was broadcast during the first edition of the Branche & Ciné festival, organised by the National Forests Office in 2018.

The actress, who was directed by Hirokazu Kore-eda in The Truth and Naomi Kawase in Vision, began by asking the Japanese director about his relationship with nature and the landscape, elements that are omnipresent in his work. ‘When I started location scouting in Switzerland, England, and Sweden, I looked at the plants and trees… And at that moment, I realised how beautiful our country’s landscapes are. The starting point of My Neighbour Totoro is the fact that we often fail to notice the beauty that surrounds us’, the director explains. Juliette Binoche then recalls her first memory of being in woodland, aged four or five. when she was at boarding school and had just been vaccinated. ‘I stood leaning against a tree, and I can remember the exact place, the exact moment, and what I was wearing at the time. For the first time, I was aware of being here, on Earth.’

His nieces as muses

The pair then discuss where the master animator draws his inspiration, his protagonists being mainly girls. ‘In my family, it was a very masculine world. I only had brothers; the only woman was my mother’, Hayao Miyazaki explains. ‘You know, in animated films, you should avoid having a young boy as the main character. It’s not commercial. And it’s true: it never works with a young male hero.’ His nieces, with whom he lived for a few years, are therefore the director’s source of inspiration when outlining the characters of his heroines, particularly Mei in My Neighbour Totoro and Chihiro, the main character in Spirited Away.

Hayao Miyazaki’s next and probably final film, How Do You Live?, does however have an adolescent boy as its hero. ‘The main character will be a lonely boy. He is trying to find a lost universe. This is the first time that I’ve created the character of a boy who is lost and withdrawn, with little interest in the world’, the illustrator explains. When the actress asks him about the similarities that could be seen between this hero and himself, the response is unequivocal: ‘I don’t want him to be like me, because he’s a very negative male character. He is completely withdrawn and has many flaws. He is just beginning to open himself up to the world’. It is hoped that this film, the release of which has been pushed back, will appear in cinemas by 2023. 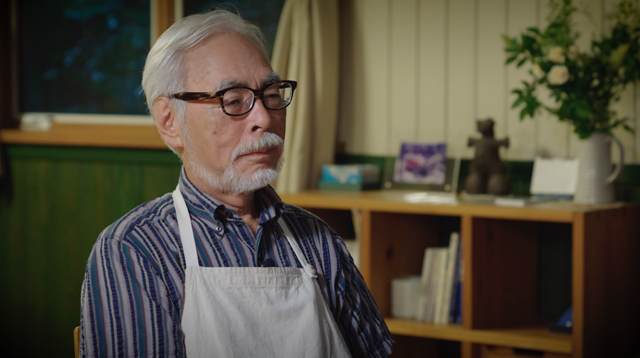 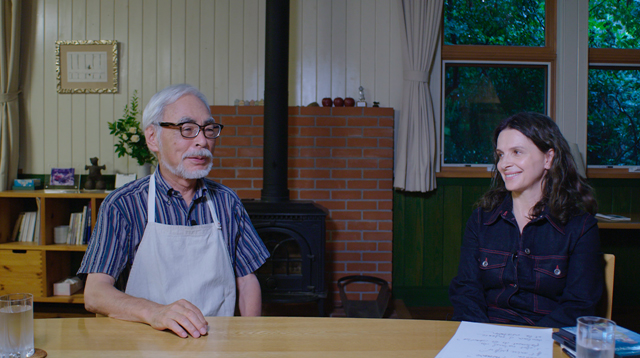 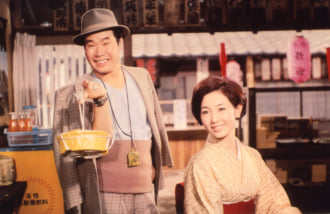