‘Children of the Whales’, an Odyssey in the Desert

Far from being a children's tale, Abi Umeda's poetic manga explores the human condition in a post-apocalyptic world. 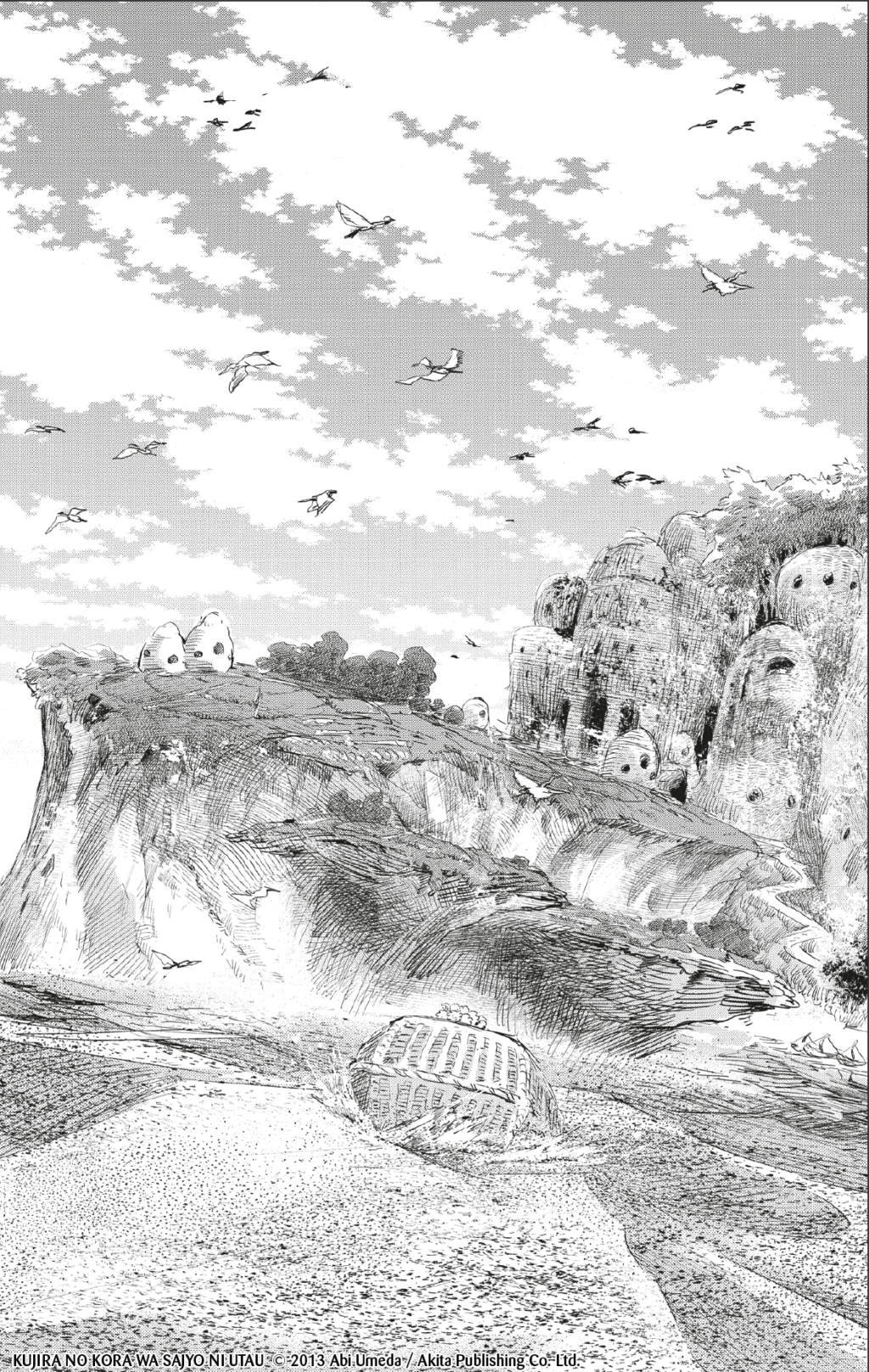 Some doomed children drift around the surface of an ocean of sand on a vessel that looks like a floating island, named the ‘mud whale’. Within this community cut off from the outside world, some possess a supernatural power that stems from their emotions, saimia. However, these individuals, nicknamed the Shiroshi (the ‘Marked’), are destined for a premature death because of their gift.

Abi Umeda, a former assistant of Hayao Miyazaki, immerses her faithful readers in a science-fiction tale. Published in Japan since 2013, Children of the Whales (Kujira no ko-ra wa sajo ni utau, literally ‘Whale Calves Sing on the Sand’) is licenced in North America by Viz Media. Adapted into a stage play by AiiA 2.5 Theater Tokyo, the saga has also been made into an anime by animation studio J.C. Staff.

Awarded the Daruma Prize for Youth Manga at the Japan Expo Awards 2017, the manga, which is still ongoing, proves to be ‘a societal tale, with emotion at the heart of the story: human nature, communal life, control of one’s emotions, other people’s opinions’, wrote Erwan Lafleuriel for IGN France.

In this universe that’s overflowing with details and that appears to have come straight from Hayao Miyazaki’s animated film Nausicaä of the Valley of the Wind (1984), the reader follows the voyage of discovery of several endearing characters who are full of humanity. From the point of view of the narrator Chakuro, an archivist for the Elders, it’s the destiny of a people that unfolds. The 14-year-old boy dreams of discovering the outside world, but also of improving the existence of new generations through his writings.

Throughout the tomes, the passengers of the ‘mud whale’ go in search of their freedom and the truth in order to construct their identity. Trapped in this false haven of peace, they must face numerous trials, including battles, and make important choices for their future that remains uncertain.

Children of the Whales (2016), a manga by Abi Umeda published by Viz Media. 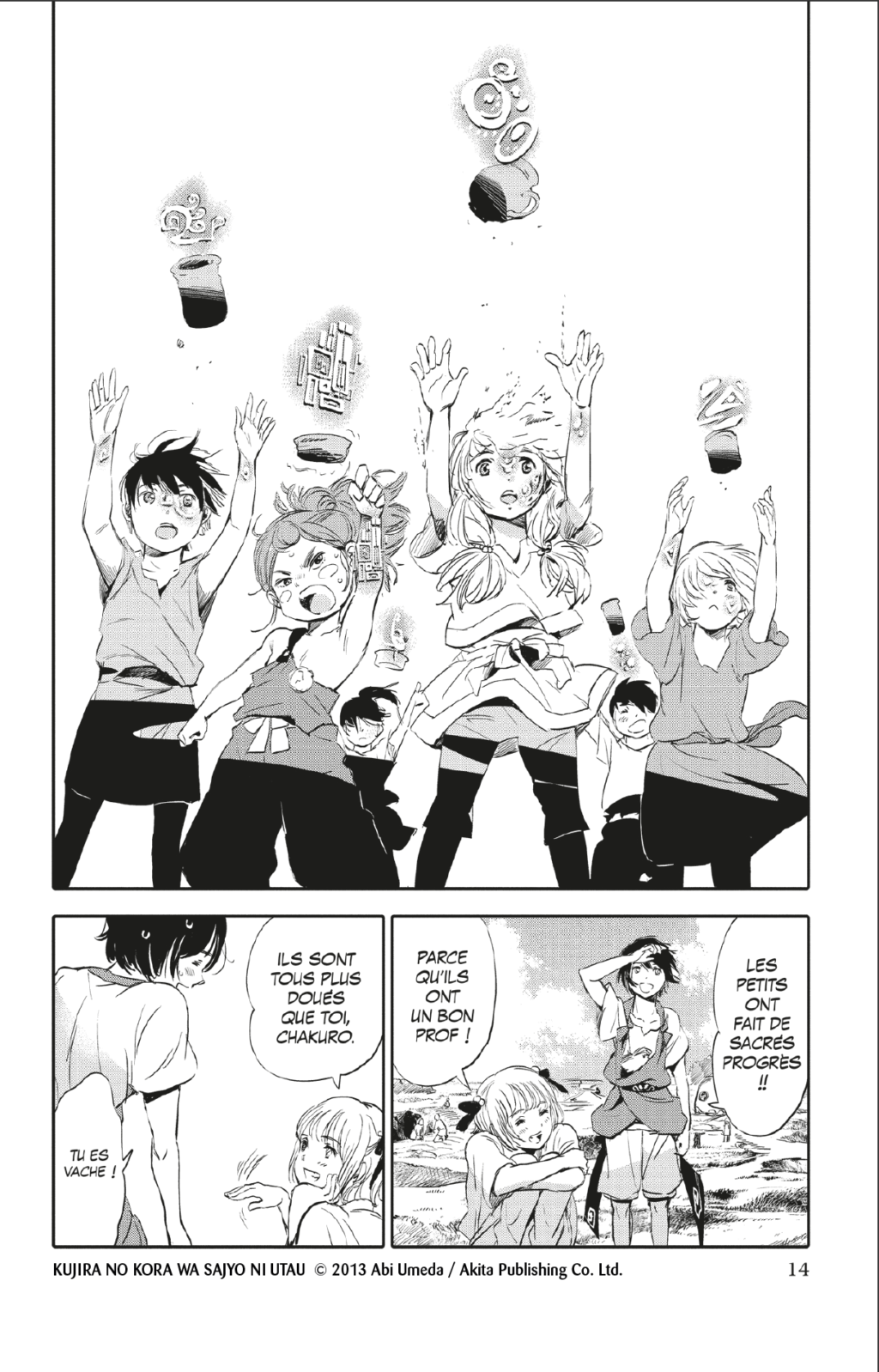 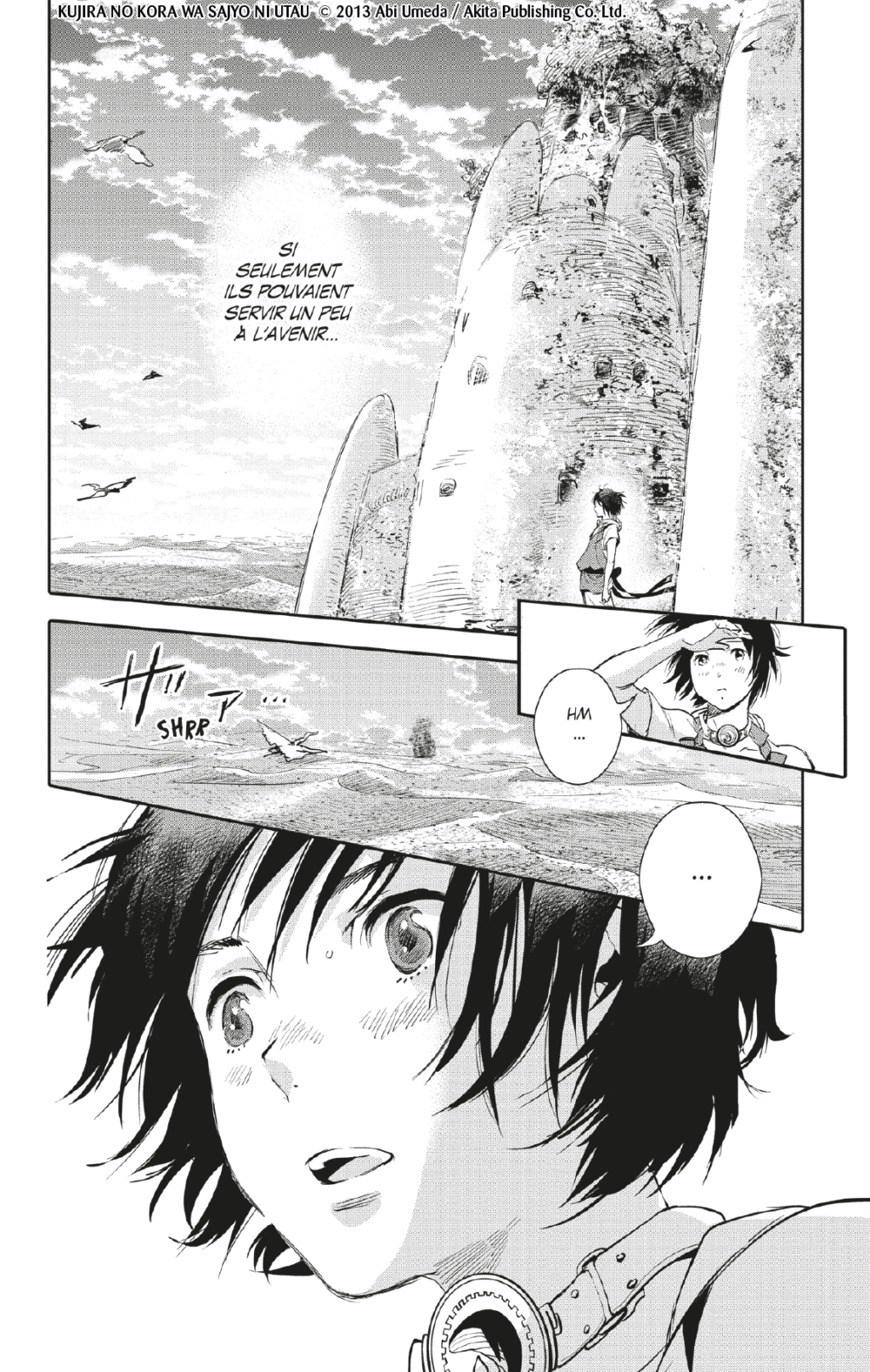