Amongst new waves of foreign rock music, the magazine promoted the culture of Visual kei to domestic audiences. 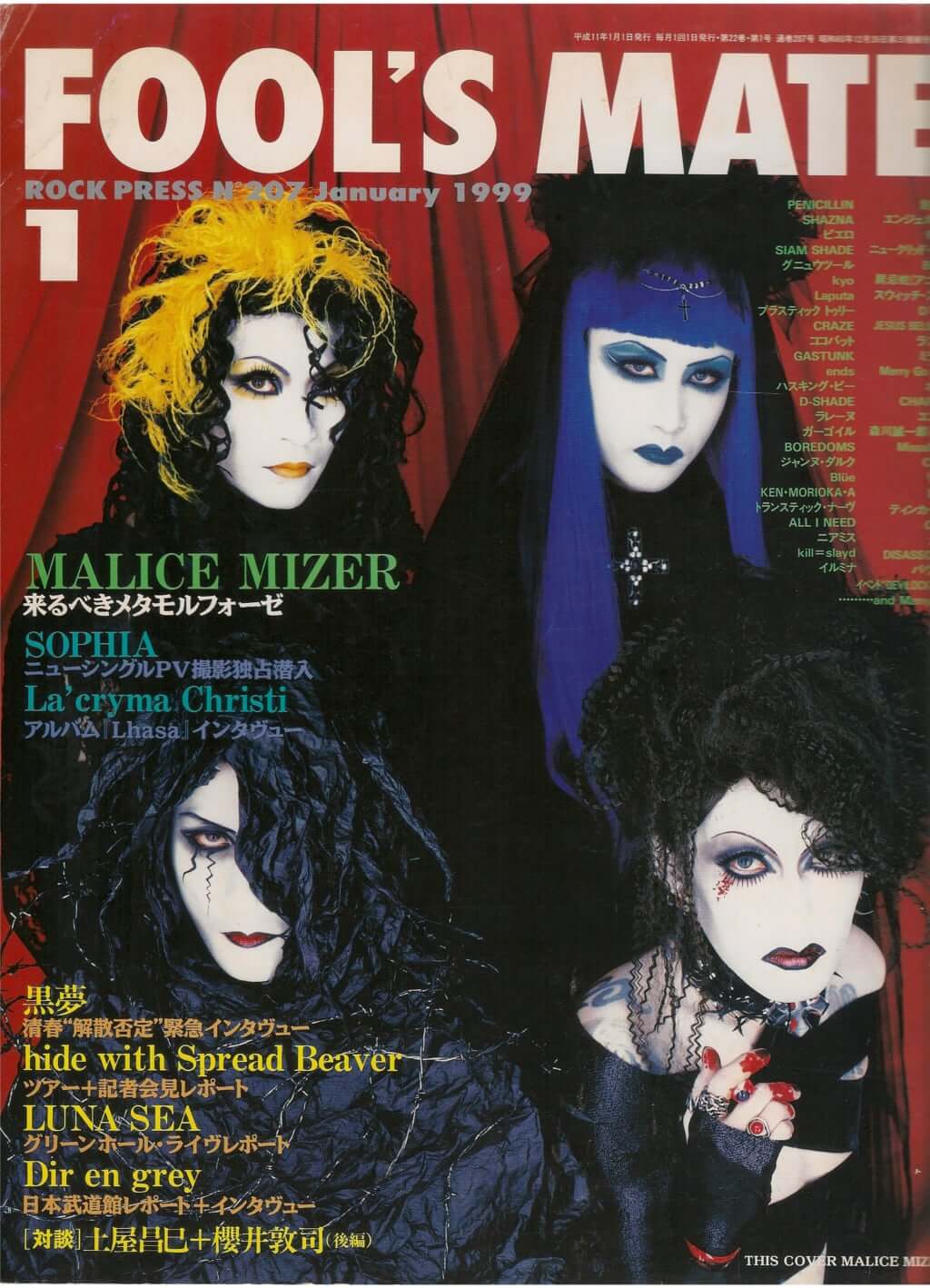 Once disseminated widely across the country, FOOL’S MATE magazine displayed the gothic make-up, fluorescent hair-styles and extravagant attires of Visual kei. The subculture was an eccentric branch of rock music that took over Japan from the late 1980s, and its haphazard name (translating to ‘visual style’) tells little of the elaborate blend of sounds it represented. Though FOOL’S MATE began as a spotlight for new foreign music, the growing presence of Visual kei in their selections eventually established it as the quintessential publication for the genre.

Visual kei took elements of heavy metal and glam-rock, European baroque aesthetics, digital synthesisers and eventually elements of otaku culture to create nonconformist identities outside what was already offered by imported genres. It now perhaps stirs an awkward nostalgia for most Japanese citizens, but the record-breaking sales of bands like X Japan, GLAY and LUNA SEA proves an undeniable impact. To international listeners their alterations of Western tropes and gender-bending aesthetics continues to strike as an anomaly.

At a time when ‘foreign music’ mostly constituted American pop for the Japanese public, FOOL’S MATE began in 1977 to introduce the waves of subcultures occurring in the European underground. With features on subversive Japanese musicians —interviews with avant-garde singer Jun Togawa or contributions by noise legend Merzbow— the magazine introduced gritty post-punk and industrial bands, and even included dialogues with respected intellectuals like philosopher Felix Guattari or writer William Burroughs. Amongst the painstaking detail to which ideas were described, prior to the internet such magazines were crucial for listeners to connect with one another, by attending advertised gigs or by communicating via the bulletin section at the end of each. Towards the 1990s, FOOL’S MATE gradually focused on domestic scenes as they inadvertently picked up the rise of Visual kei musicians like X Japan, MALICE MIZER and Dir En Grey. Soon, these musicians came to be grouped together for their exaggerated appearances and theatrical performances.

With their place solidified on magazines, Visual kei musicians dominated mainstream media, selling out arena shows and making regular TV appearances. Their tangible allure came from a straightforward remodelling of outside influences, as they created dazzling caricatures out of cultural hodgepodges. Their heavy sounds stood out amongst regular Japanese pop music and their direct, expressive interpretations of culture challenged the insulated elitism of inner Tokyo’s music circles. The genre’s initial ‘underdog’ status  additionally made their complicated characters accessible to the masses.

Memory of a Dark Dream

Towards the end of the 1990s, the internet’s popularisation caused elements of Visual kei to amalgamate with other media like manga and anime. Visual kei bands still tour internationally —with X Japan headlining Coachella in 2018— reaching fans outside their native context. Adopting the camp of musicians David Bowie or KISS, they also continue to inspire as unique gender expressions in Japan’s conservative context.

Visual kei had its decline during the 2000s with many of its important groups disbanding, and FOOL’S MATE continued only until 2012 staying true to the genre before its termination. Most Japanese consider the genre has passed its time but it has a substantial history reaching beyond borders, accented by its heavy theatrics. The extent of its legacy is yet to be delineated but in this day and age, it demands to be revisited.

FOOL’S MATE is now out of print, but an official website still runs containing an archive and further information. 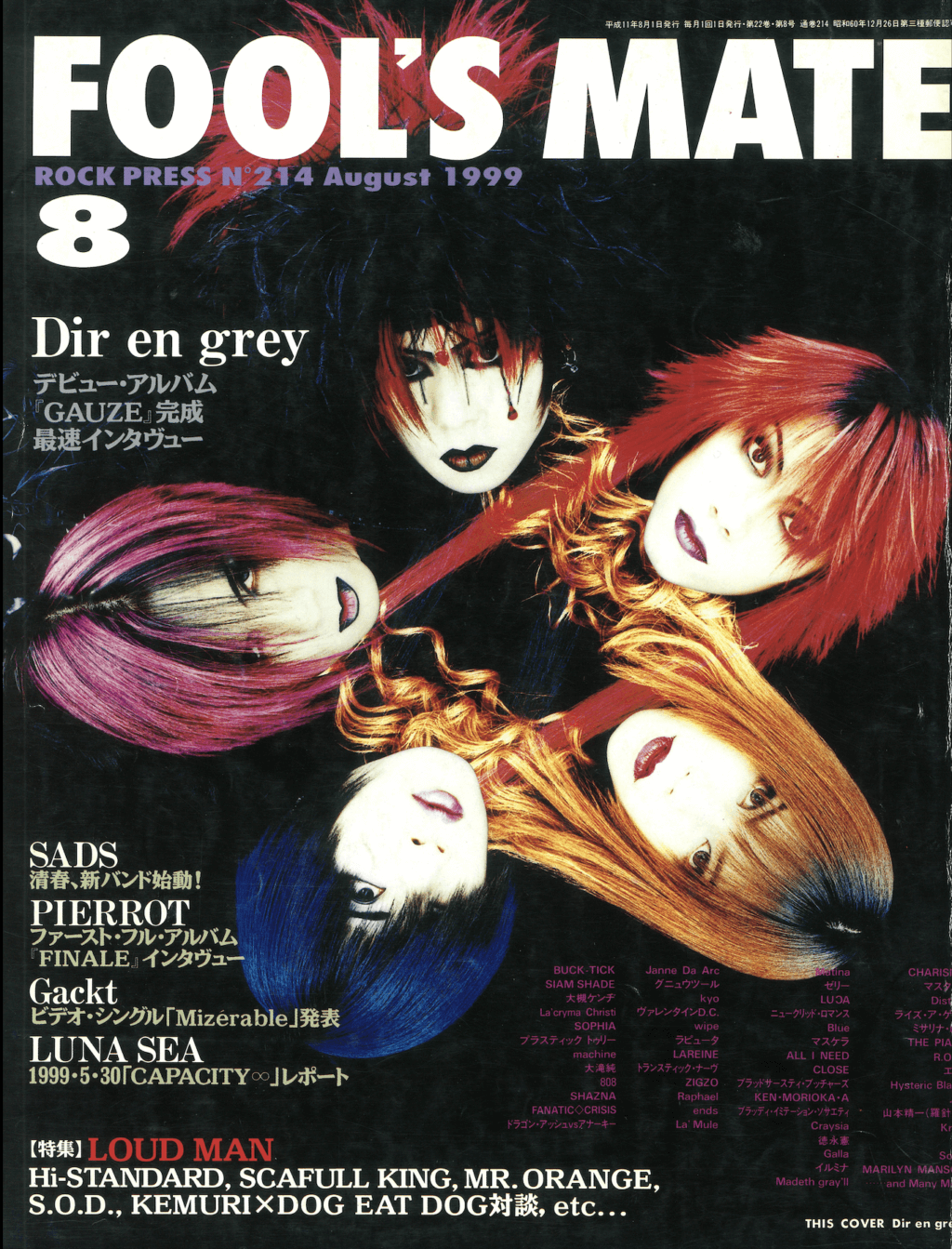 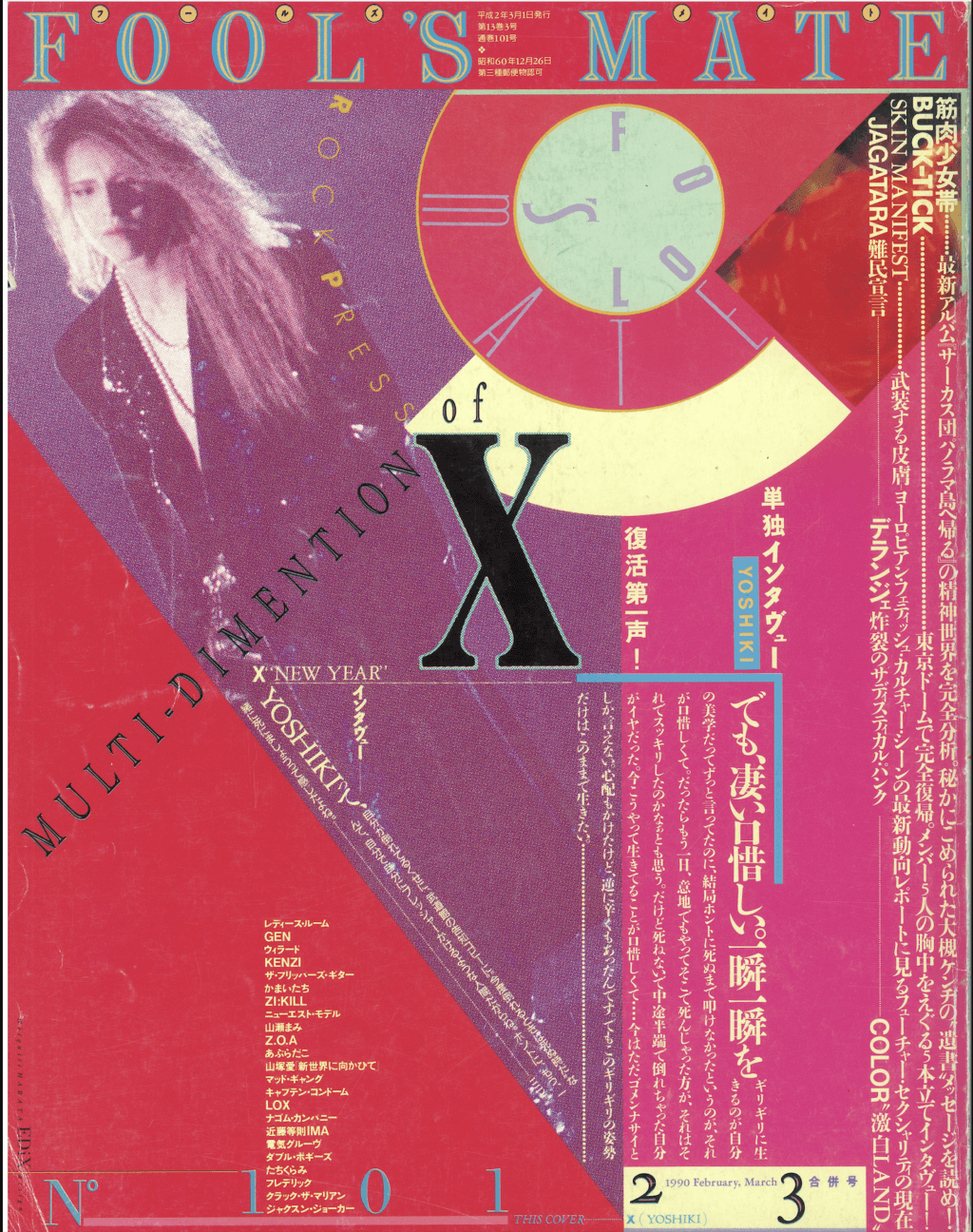 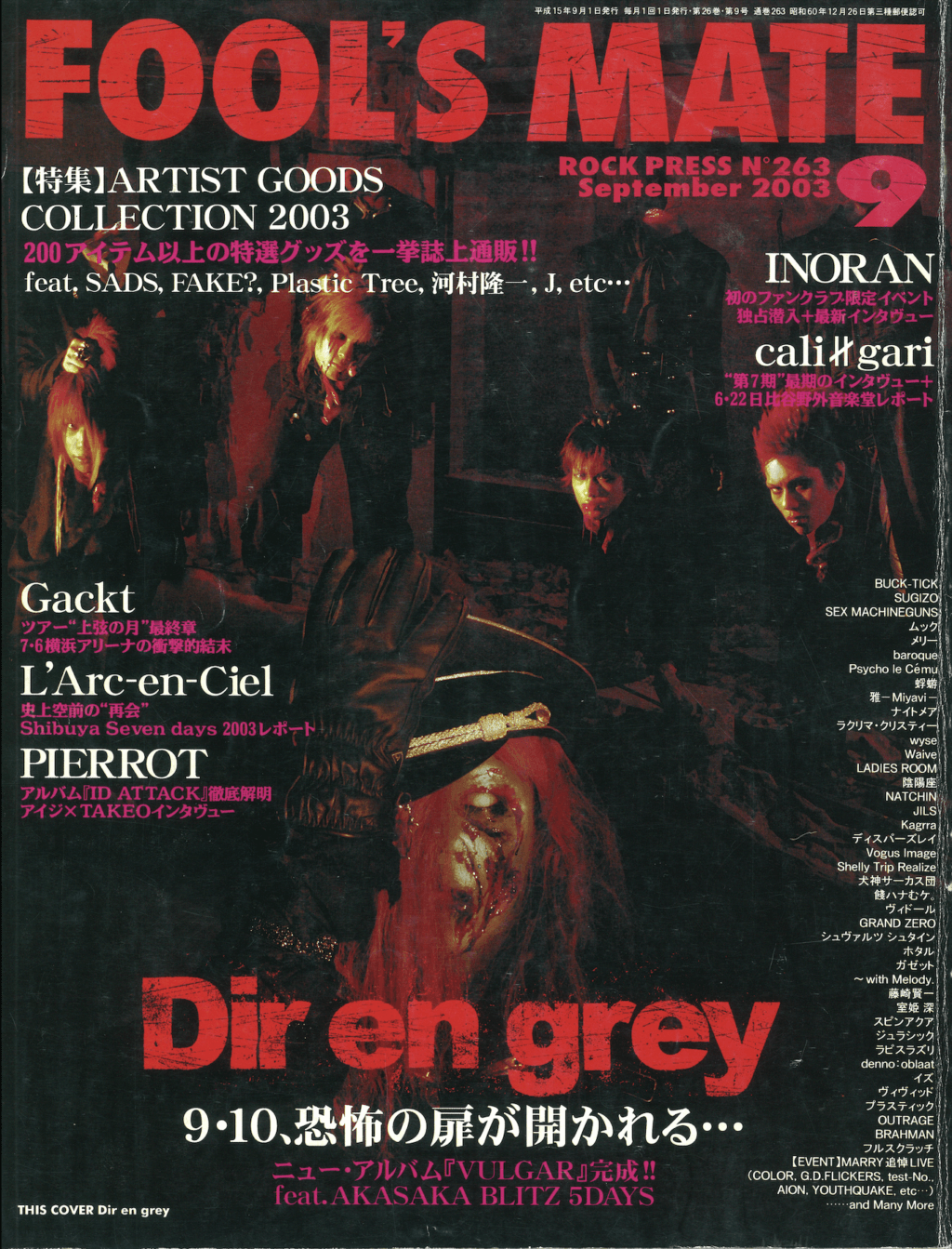 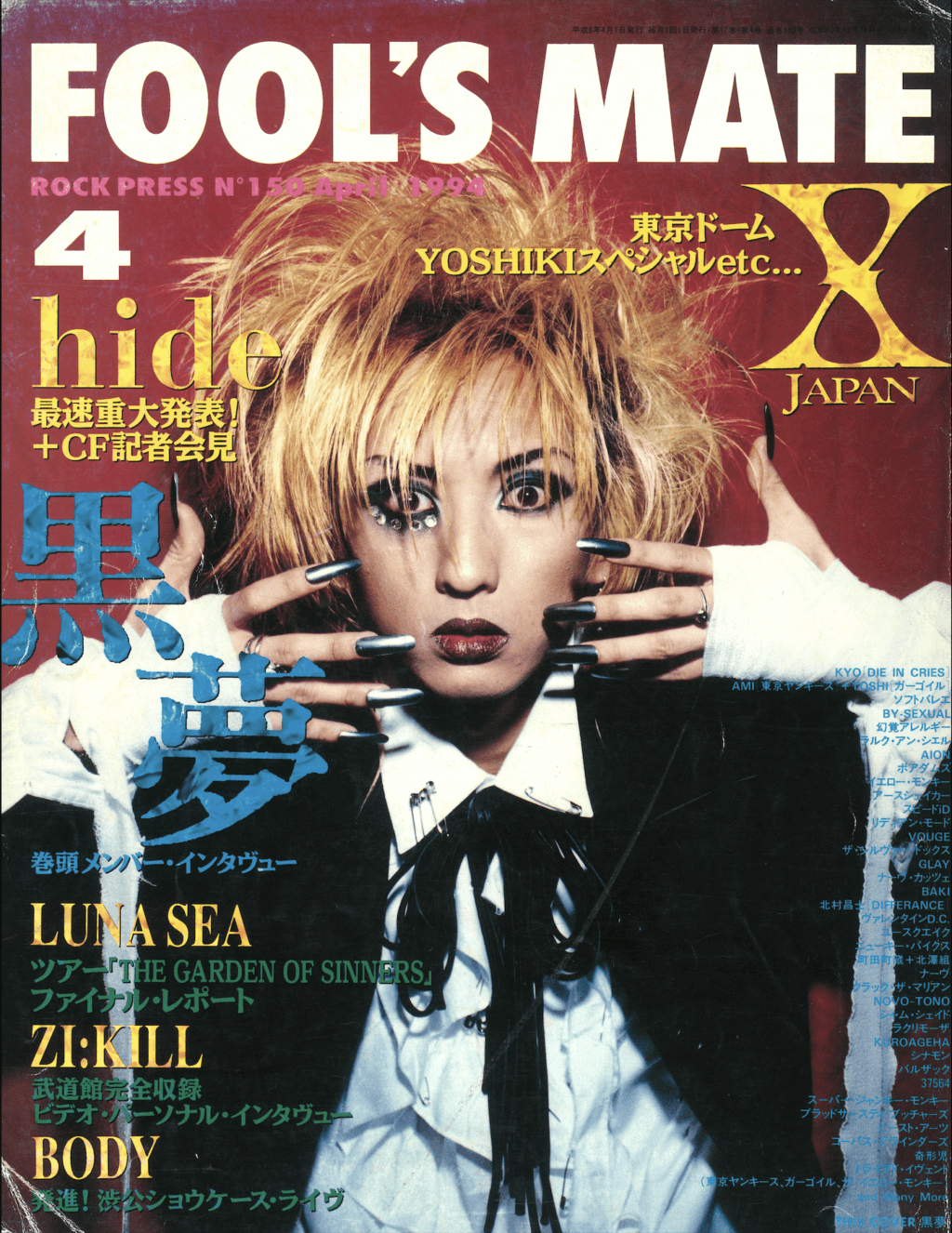 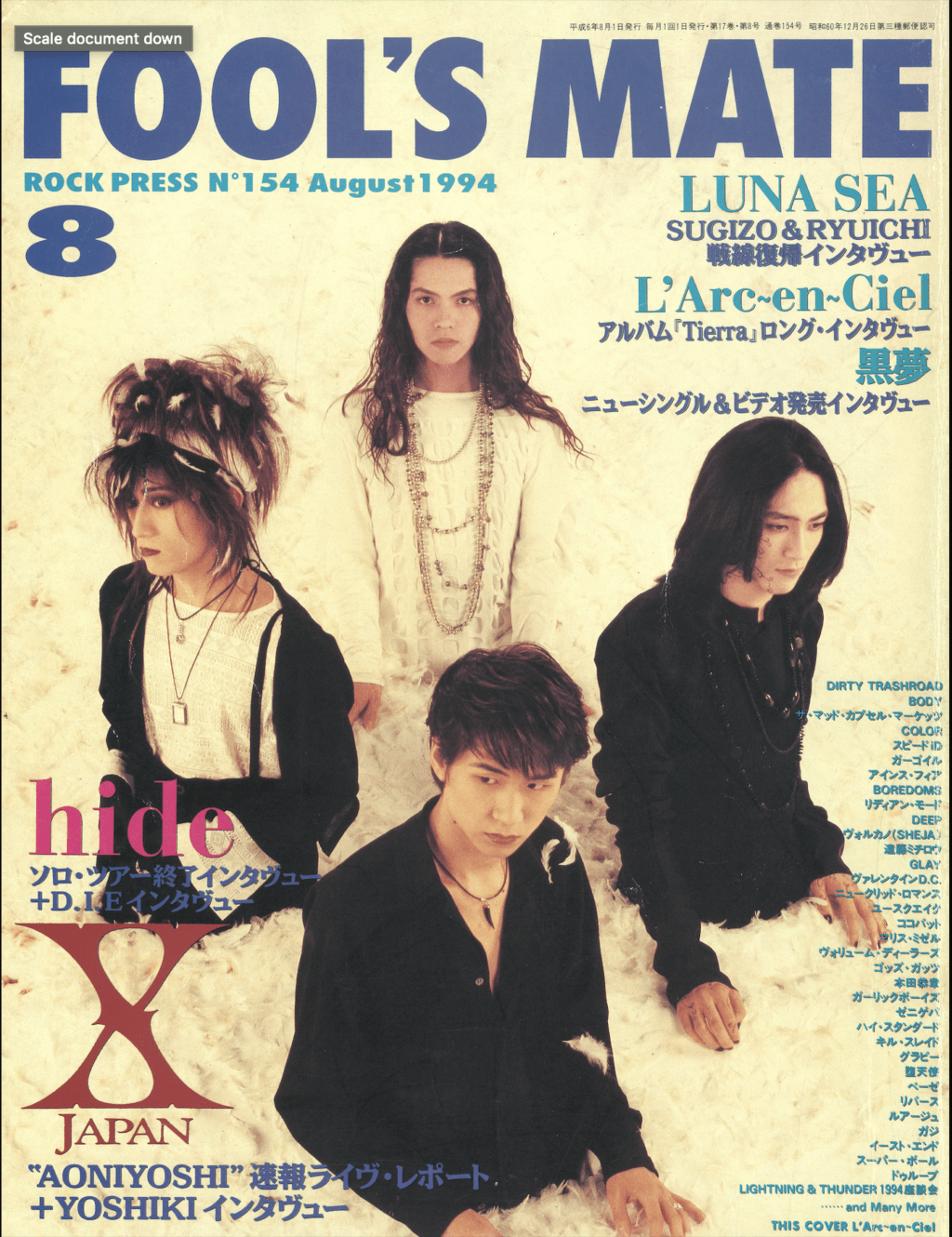 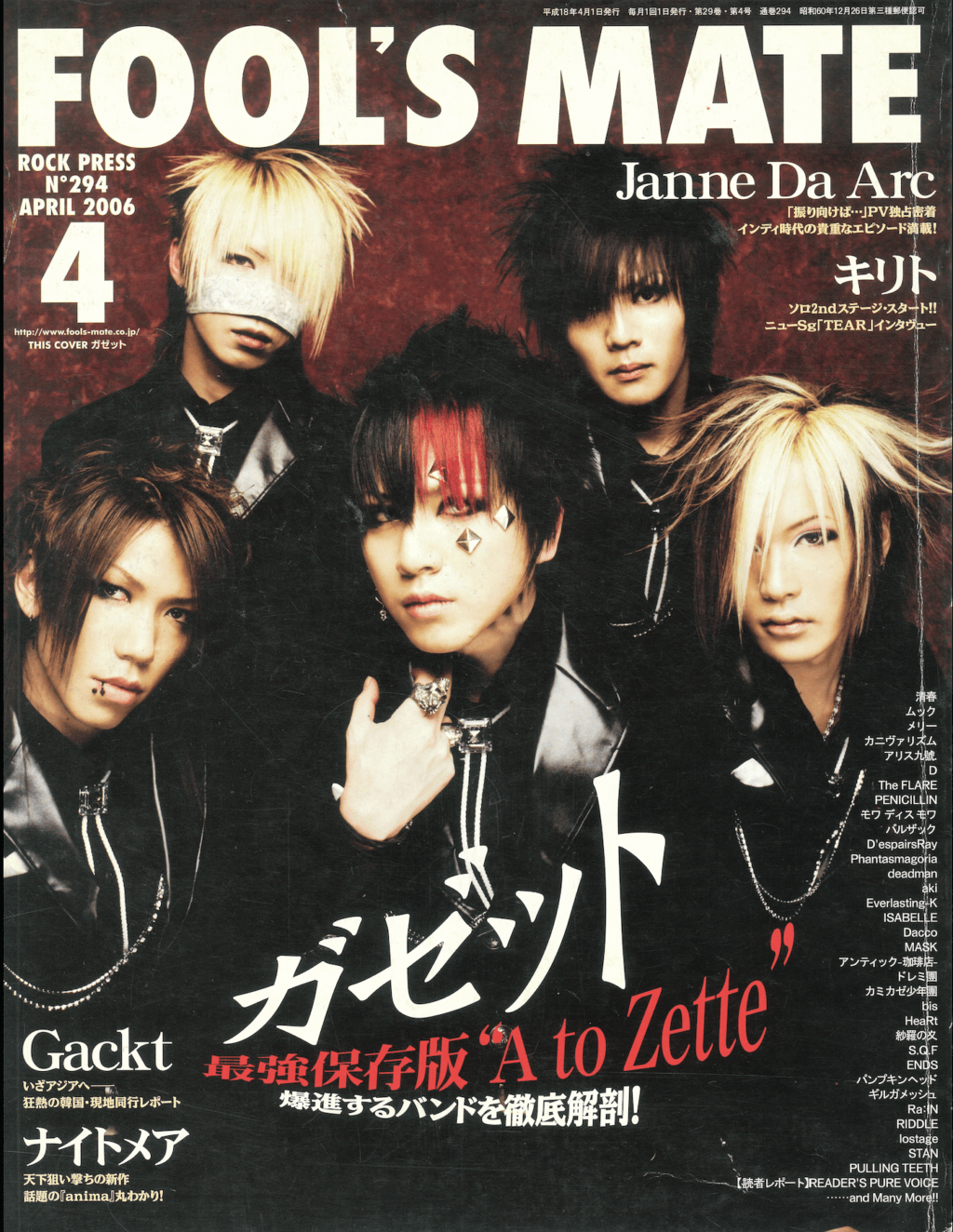 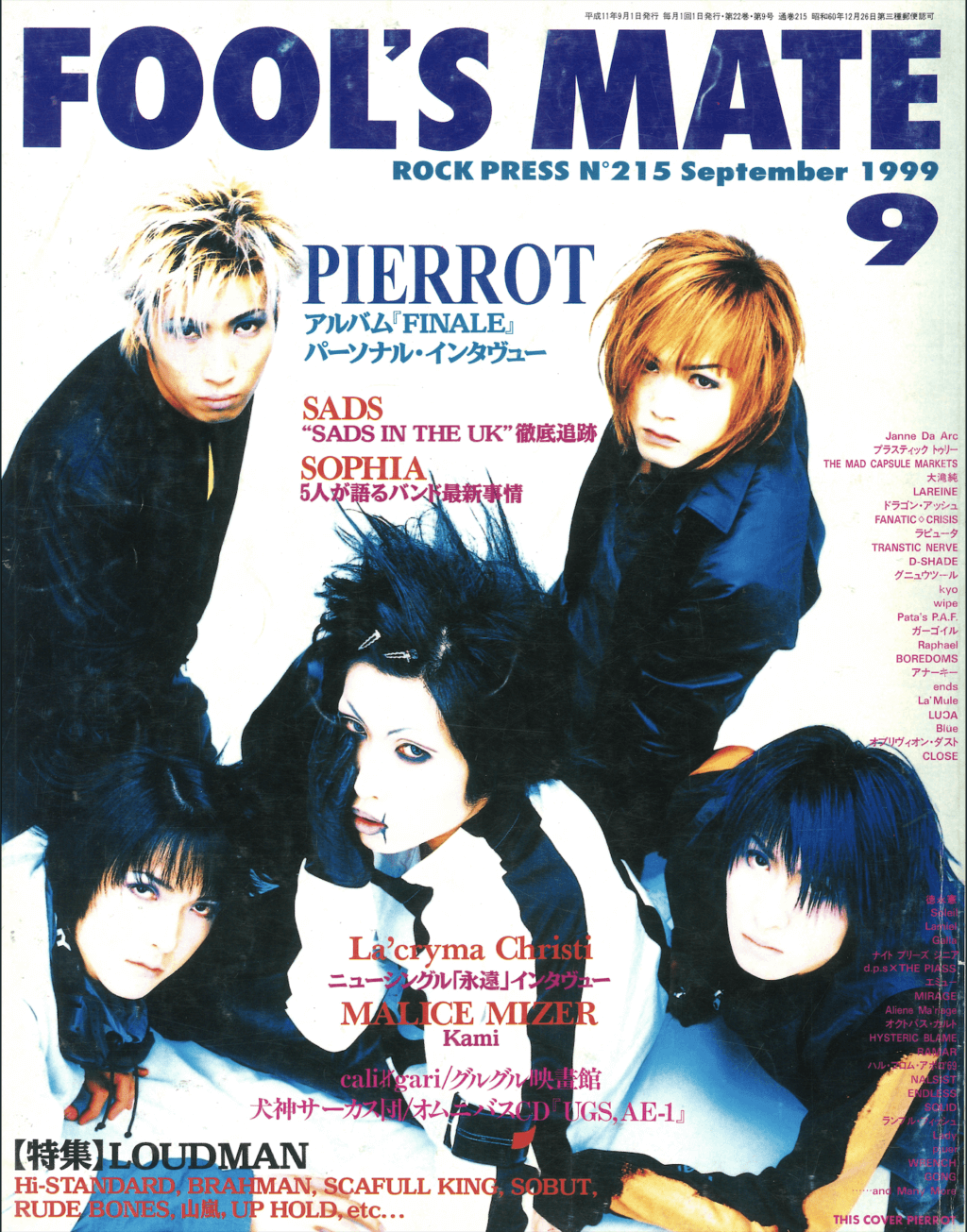 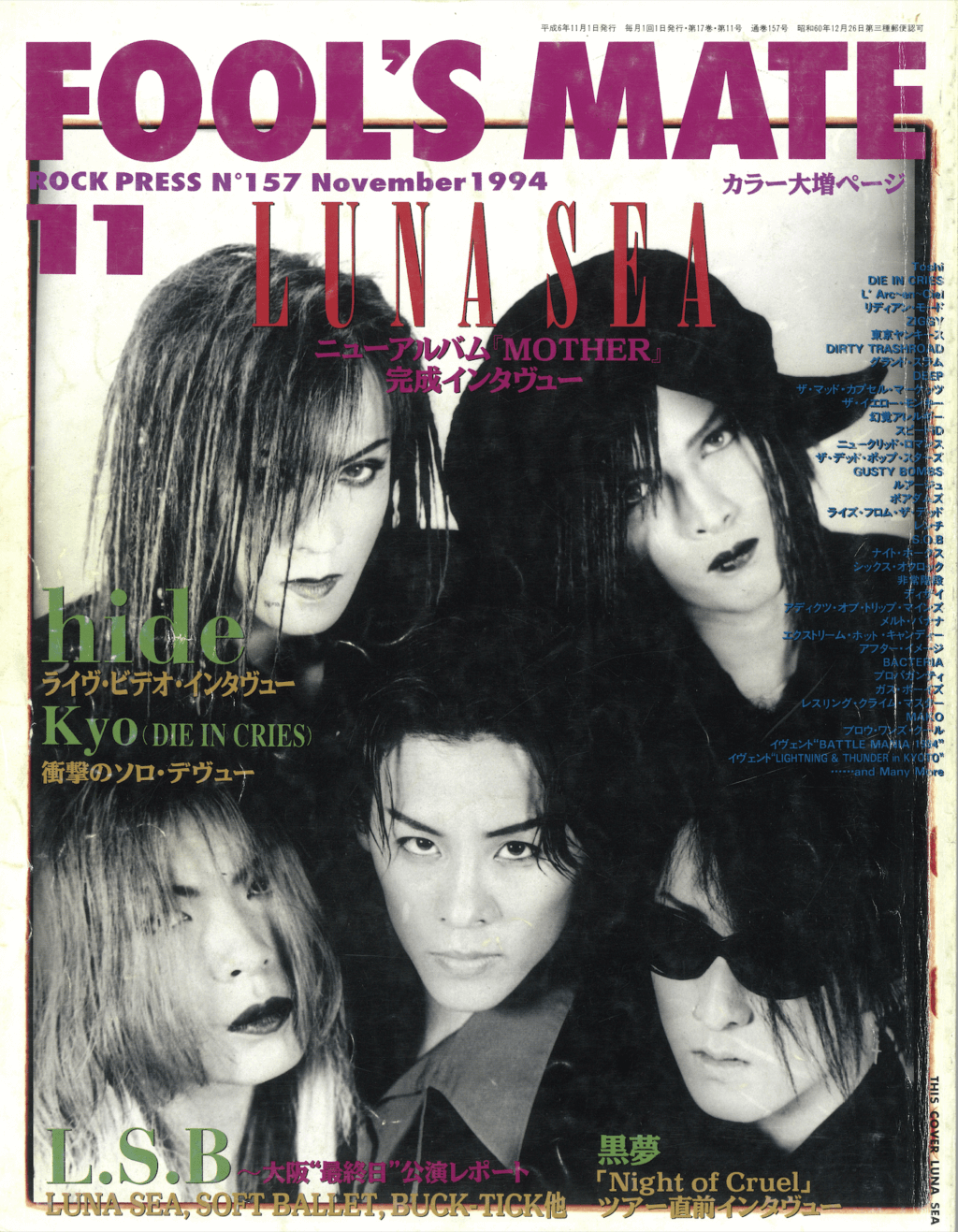 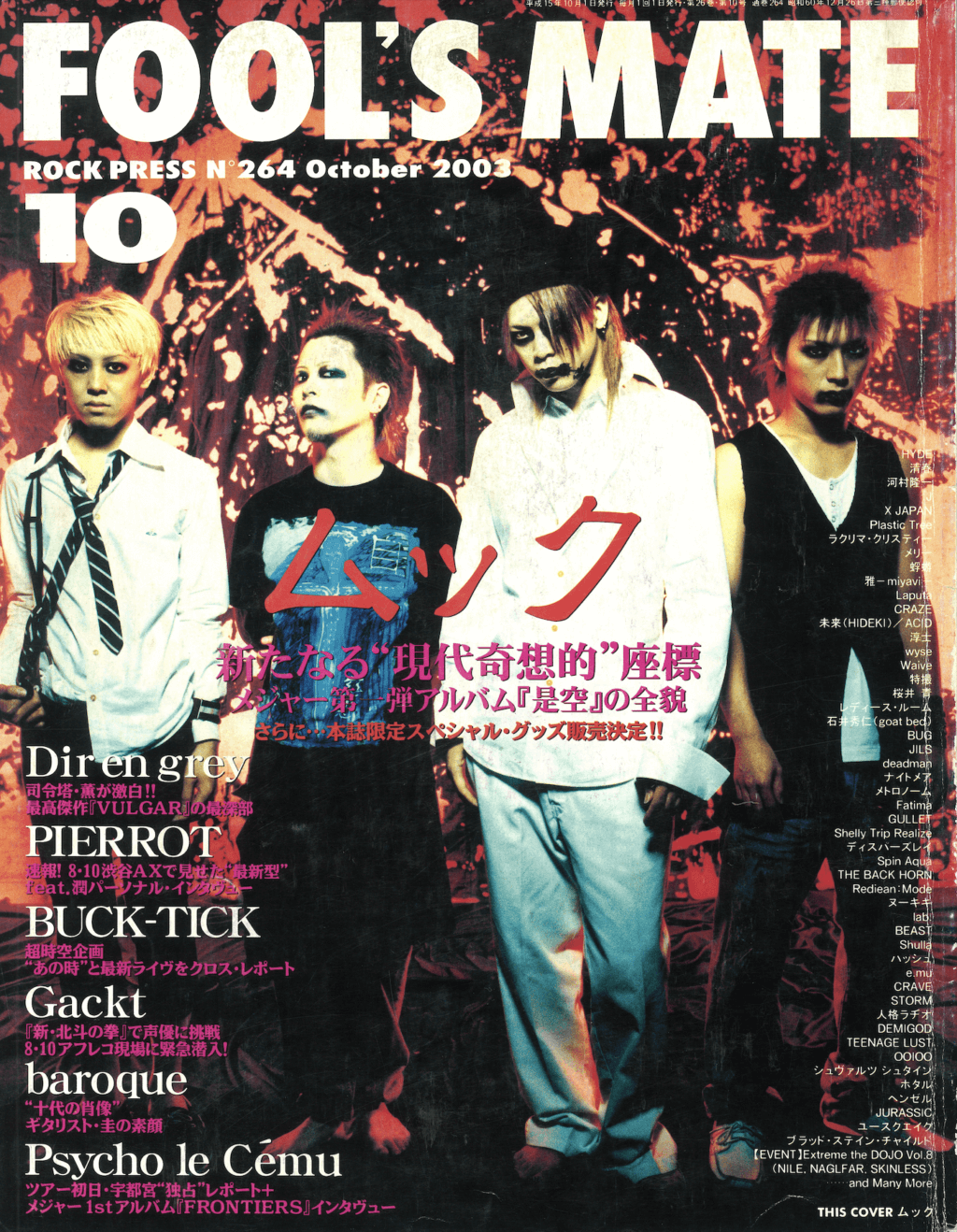