This 15-volume work was a way for the artist to confirm his legacy and where he would explain his theory of art. 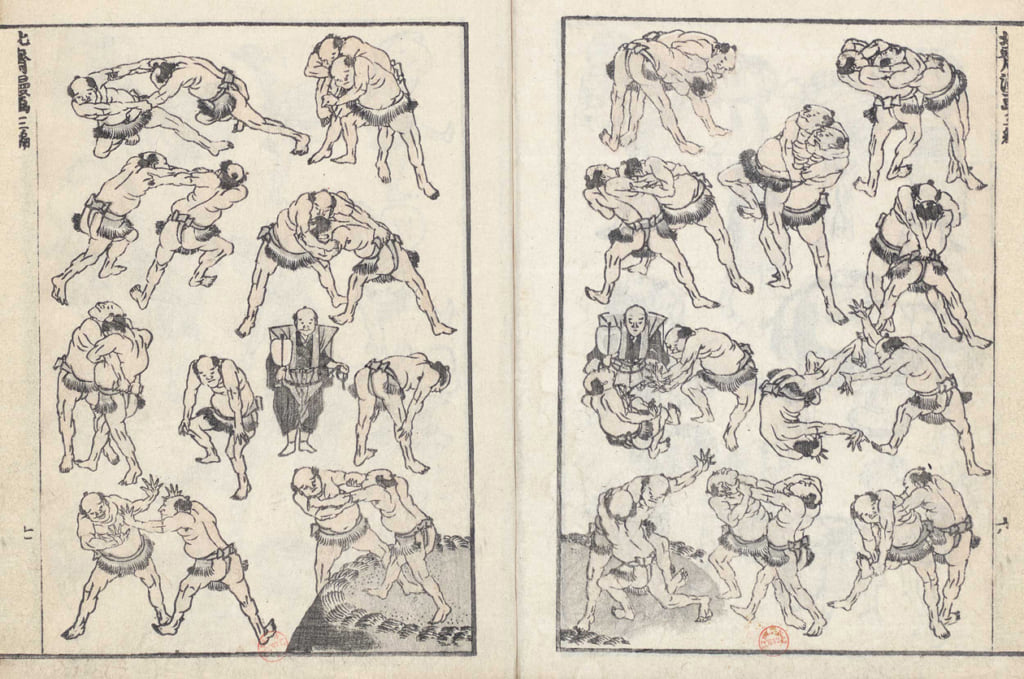 Hokusai is one of Japan’s most iconic exports. His woodblock print series, Thirty-six Views of Mount Fuji, containing the emblematic The Great Wave off Kanagawa (c.1829-33), is the image most will associate with his work. Born in 1760, Hokusai saw success as an artist in the early 1800s following the completion of a 240 m2 painting during an arts festival in Edo.

At the age of 55, in 1814, he began another artistic activity that would provide both financial stability for the artist as well as widespread success among the public. For over 60 years, he published sprawling manga across 15 volumes, each of which contained 60 small leaflets.

Unlike the manga produced today with linear narrative storyboards, these works were truer to the original translation of the word, meaning curious or whimsical drawings. Block-printed in black, grey, and pink, the images are catalogued page by page according to a theme. The result is a far-reaching encyclopaedic snapshot of a moment in time.

Thousands of images depict flora and fauna, infrastructure, the supernatural and spirits, martial arts techniques, and scenes from everyday life; some art historians consider that the prolific nature of Hokusai’s production is thanks to the help of students. It is also within these manga, in volume one specifically, that Hokusai details his own personal theory of art, illustrated by 300 spontaneous drawings. Other theories suggest that the works were in part intended to be used as painting manuals, with the drawings becoming popular as models for reproduction.

Today Hokusai is best known for his woodblock prints, especially the series Thirty-six Views of Mount Fuji, with prints on view everywhere, from the British Museum to the Met Museum in New York. It is in these exhaustive volumes, however, that we can see the first sparks of his more celebrated works. 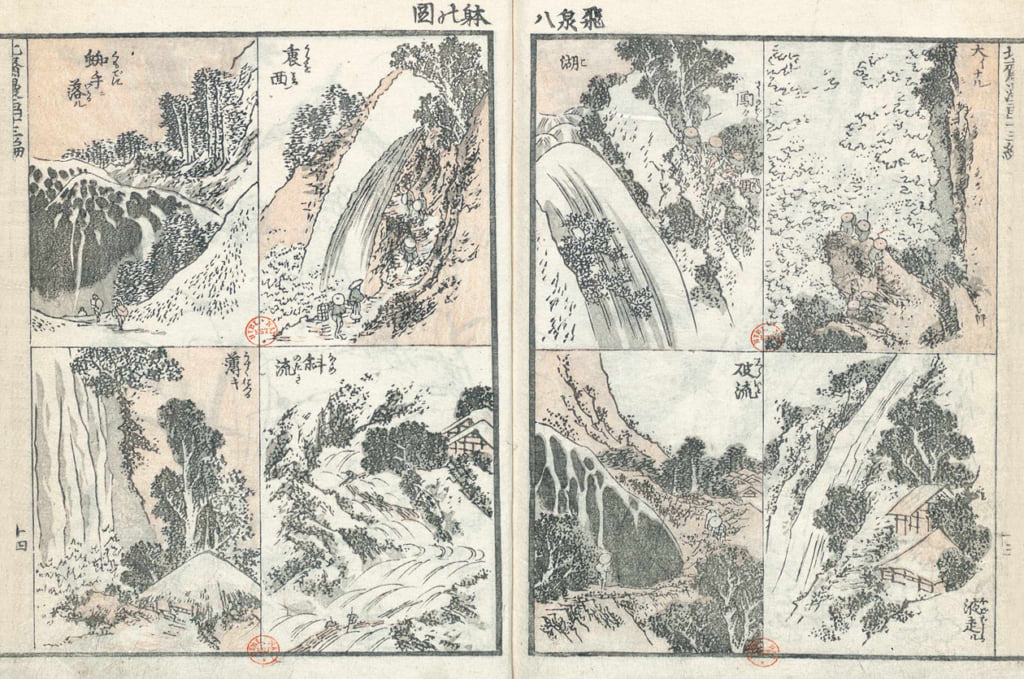 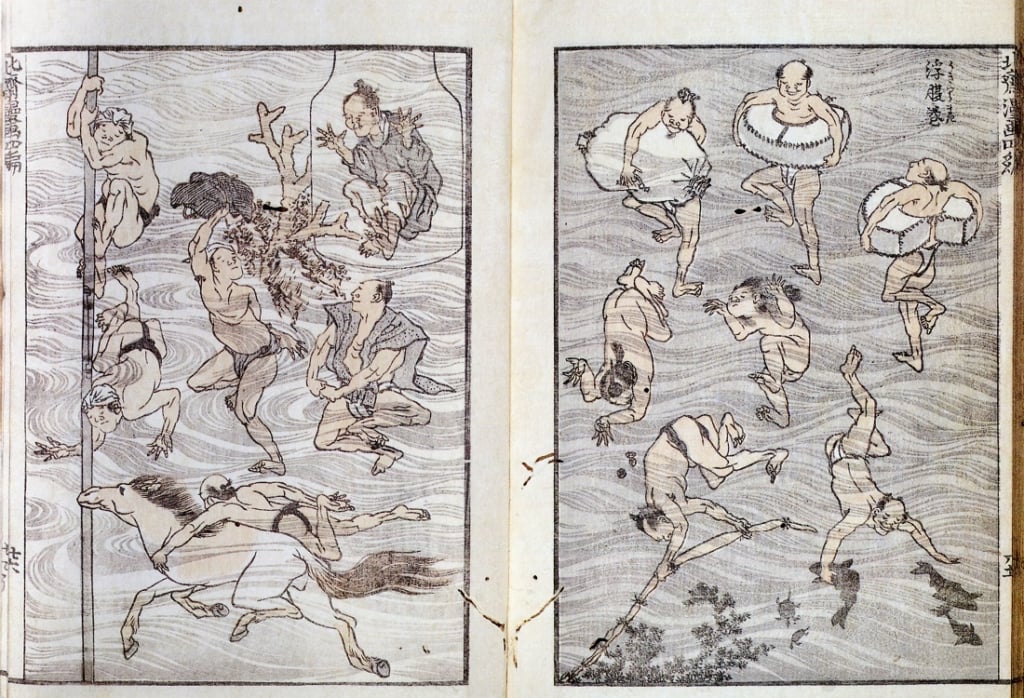 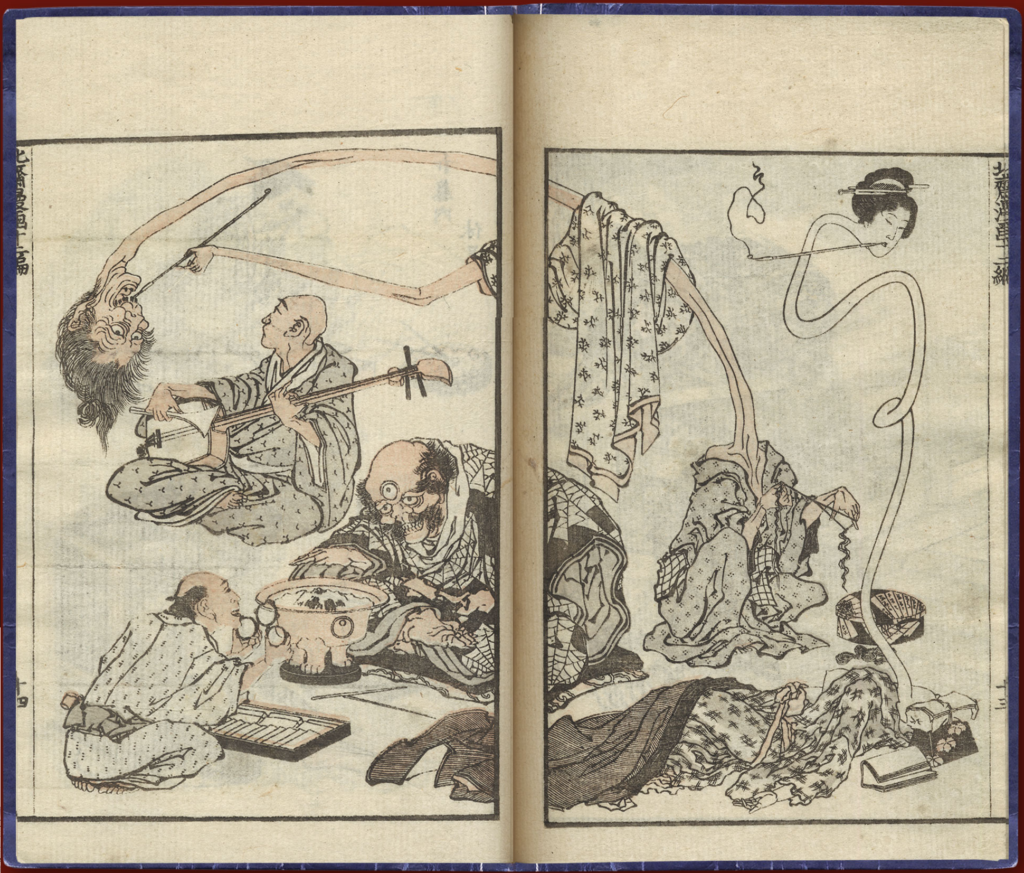 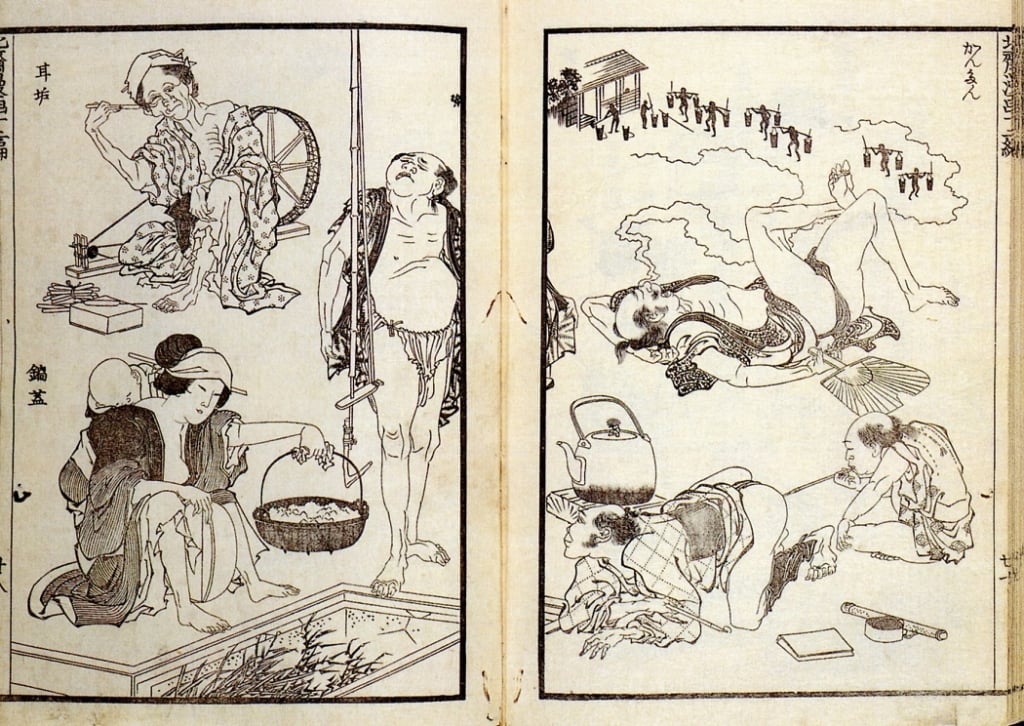