‘How Do You Live?’, a Novel for Making the Most of Life

This didactic book published in 1937 and aimed at a young readership is a major work in popular Japanese literature. 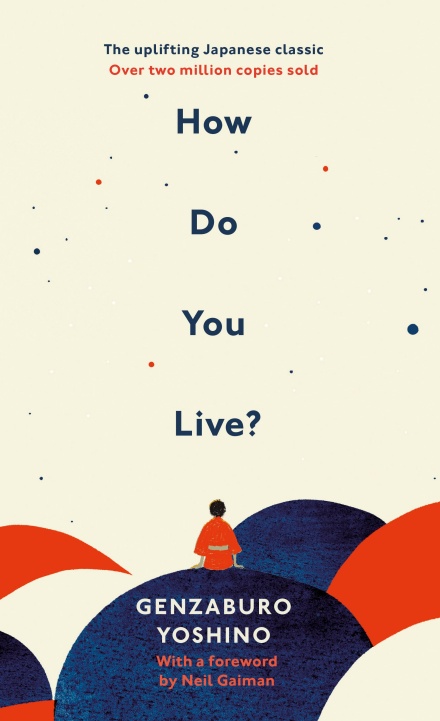 This book by Genzaburo Yoshino is a philosophical and didactic bildungsroman that sets itself apart due to the multitude of themes addressed, which are all important and universal in equal measure. A major work in popular Japanese literature, How Do You Live? is a book aimed at children and adolescents, a ‘handbook for humans’, an ode to humanity.

Genzaburo Yoshino (1899-1981) was a Japanese writer and editor. A graduate of Tokyo University, he started his career as a librarian but was arrested in 1931 for having helped to organise a communist rally. In 1935, he was appointed the director of a collection of didactic books for young people, Nihon Shosan Bunko, which aimed to impart knowledge and ideas about free and progressive culture to Japanese schoolchildren, and which included How Do You Live?

The book was initially planned to be one of the final publications in the series, and it was only released as a standalone novel in 1937. Due to the ideas it promotes, it was banned during the war following the rise of Japanese militarism in the 1930s. It was later reissued dozens of times, and became a bestseller in Japan.

The author relates the everyday life of Junichi Honda (nicknamed Coper), a secondary-school student who is living in Tokyo when the Second World War breaks out. The reader accompanies this young boy as he experiences and learns about life, with various situations depicted, including his family life, his relationships with his classmates from different social spheres, and his reflections on the difficulties encountered when growing up as a human. Over the course of his discoveries, the adolescent shares his thoughts and findings with his uncle, and the latter helps him in return to understand and decipher what he sees and thinks. Every chapter in the book ends with a report from the uncle’s notebook, which addresses general themes alluding to human relations, poverty and humanity, the life of Napoléon, freedom, justice, etc…

True to its initial ambition, this humanist, timeless novel aims to impart insightful knowledge about the way the world functions and the methods to employ to lead an honest, respectable life. Behind its novelistic nature lies a text with a universal moral that looks for answers to the big questions in life so the reader emerges stronger and more free.

The book has already been adapted into a manga, and is due to be made into a film in 2023, produced by Studio Ghibli and directed by Hayao Miyazaki.