In the book ‘100% Japan’, Jean-Marie Bouissou presents photographs of his everyday life in the country, accompanied by anecdotes. 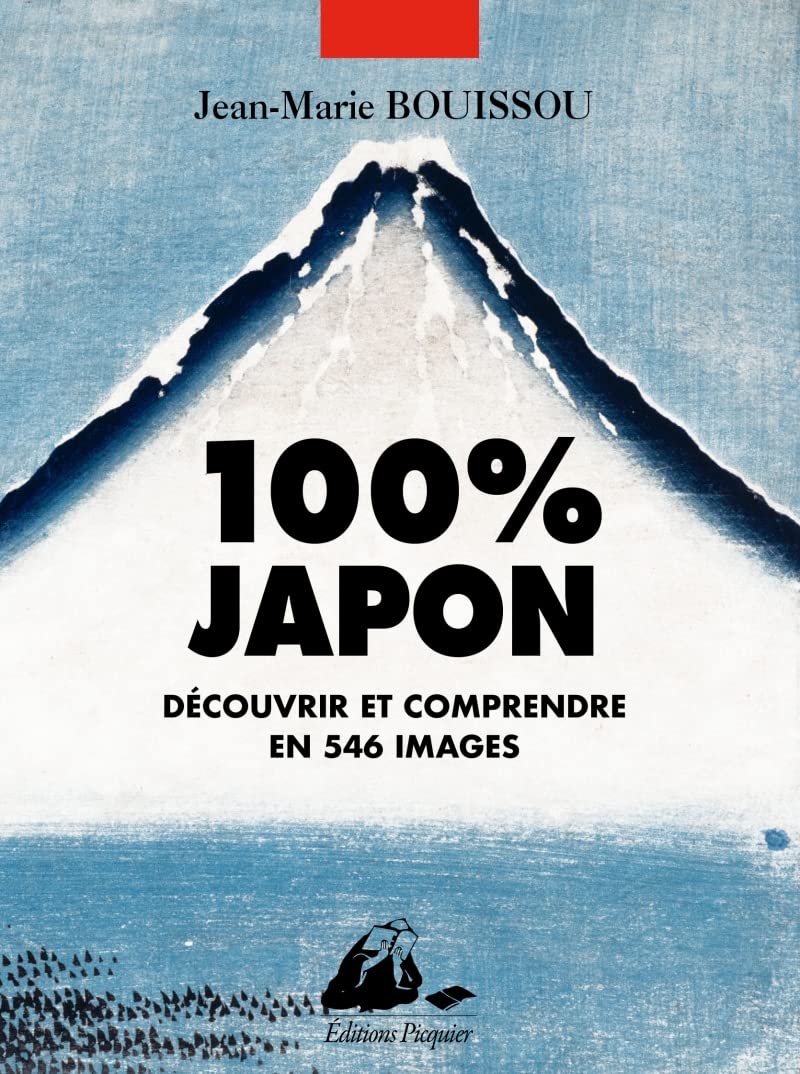 ‘This book will help you to look around you with intelligent curiosity and identify what the real guides don’t talk about.’ This is how Jean-Marie Bouissou’s book is described in the blurb, which allows the reader to imagine a version of Japan that is less touristic than usual, or in other words, Japan seen by the Japanese on an everyday basis.

Jean-Marie Bouissou is a representative of Sciences Po in Japan and a specialist in contemporary Japan, having taught there from 1975 to 1990 and having lived there since 2007. A prolific researcher, he has written seven books, including Les leçons du Japon. Un pays très incorrect (‘Lessons from Japan: A Highly Incorrect Country’) (Fayard, 2019) and Manga. Histoire et univers de la bande dessinée japonaise (‘Manga: History and Universe of the Japanese Comic Book’) (Philippe Picquier, 2010). His work addresses diverse aspects of contemporary Japanese society, with themes as varied as politics, manga, the yakuza and the media. All these subjects are summarised and illustrated in a book in which the reader discovers Japan through the writings and photographs of Jean-Marie Bouissou: 100% Japon – Découvrir et comprendre en 546 images (‘100% Japan: Discover and Understand in 546 Images’).

A western perspective on modern Japan

Published by Editions Picquier in 2021, the book aims to be a representation of Japan rather than a guide listing everything visitors need to see in the country. On the contrary, the author shares black and white photographs taken on his smartphone to reinforce this aspect of a wander around everyday Japan captured in images. Houses, posters, drinks machines, bikes, all the photographs have been selected because of their cultural interest and are accompanied by a short explanatory text. The author’s comments are often anecdotes or sarcastic remarks and the style of writing is simple and accessible, and makes the reader aware of the cultural differences and idiosyncrasies of Japanese life.

Divided into thirteen chapters, this eclectic book proposes various cultural themes that allow the reader to see Japan from a different perspective, which is above all that of the author. The latter gives equal treatment to lesser known themes that are rarely addressed in books about Japan and more obvious topics like sumo wrestling, Mount Fuji, cherry trees and the Shinkansen. Jean-Marie Bouissou’s book is not simply overflowing with praise, and indeed criticises some sides of Japanese society that are rather more negative, such as views on sexuality, politics and marginal groups. On the whole, the book offers the reader exactly what is promised in the title, namely an opportunity to discover and understand what Japan is like today through images, and what it might be like tomorrow. 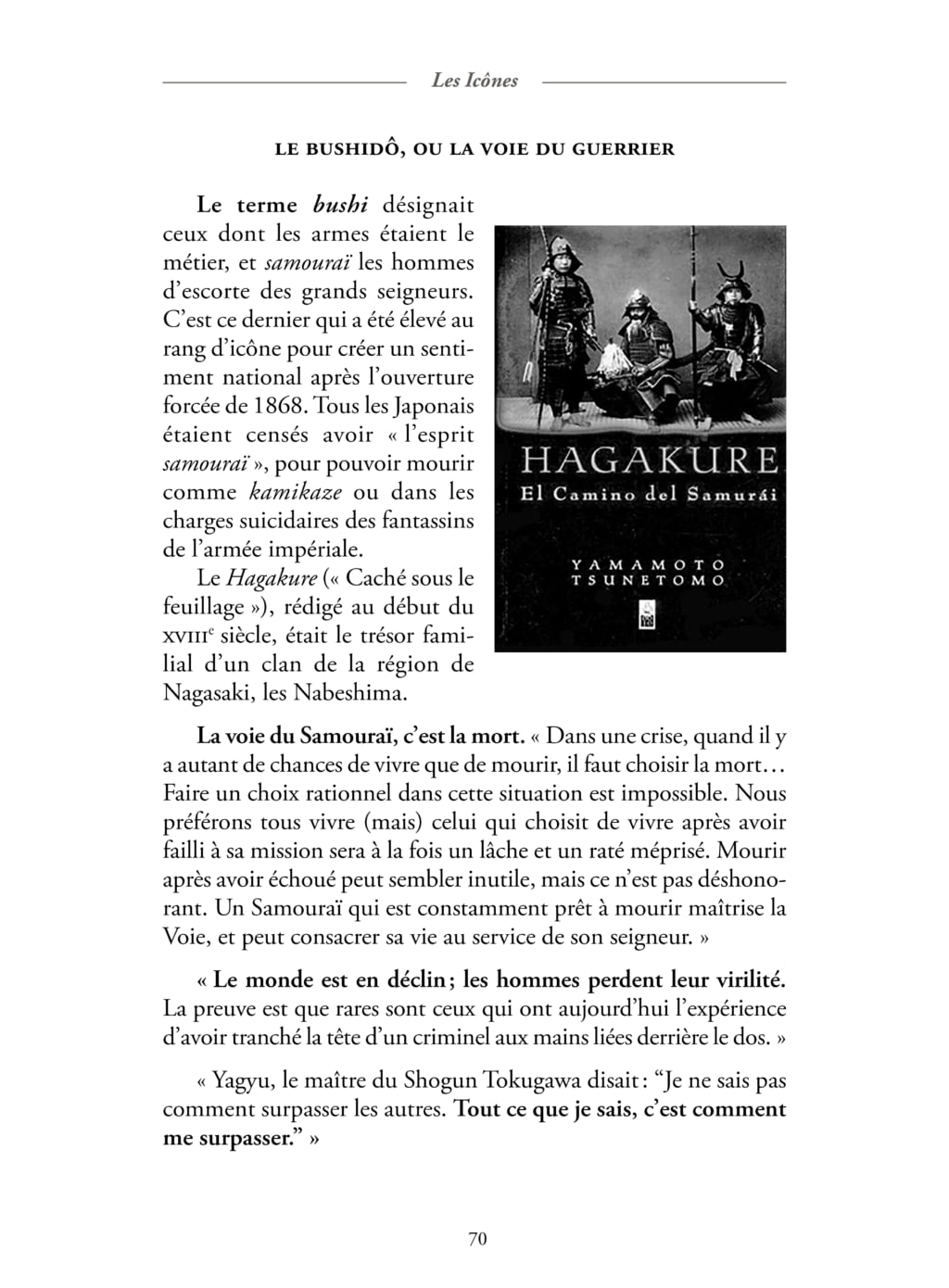 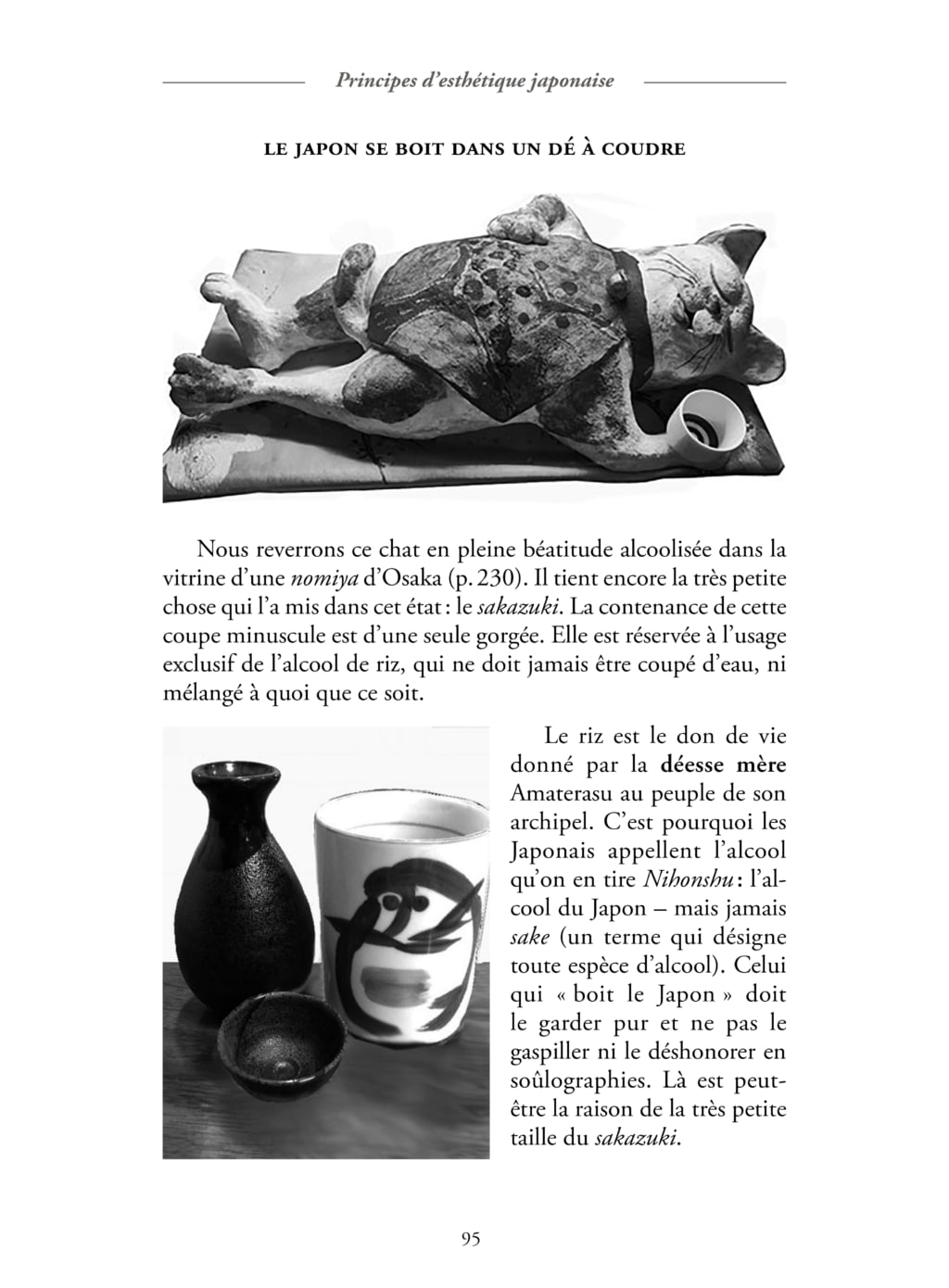 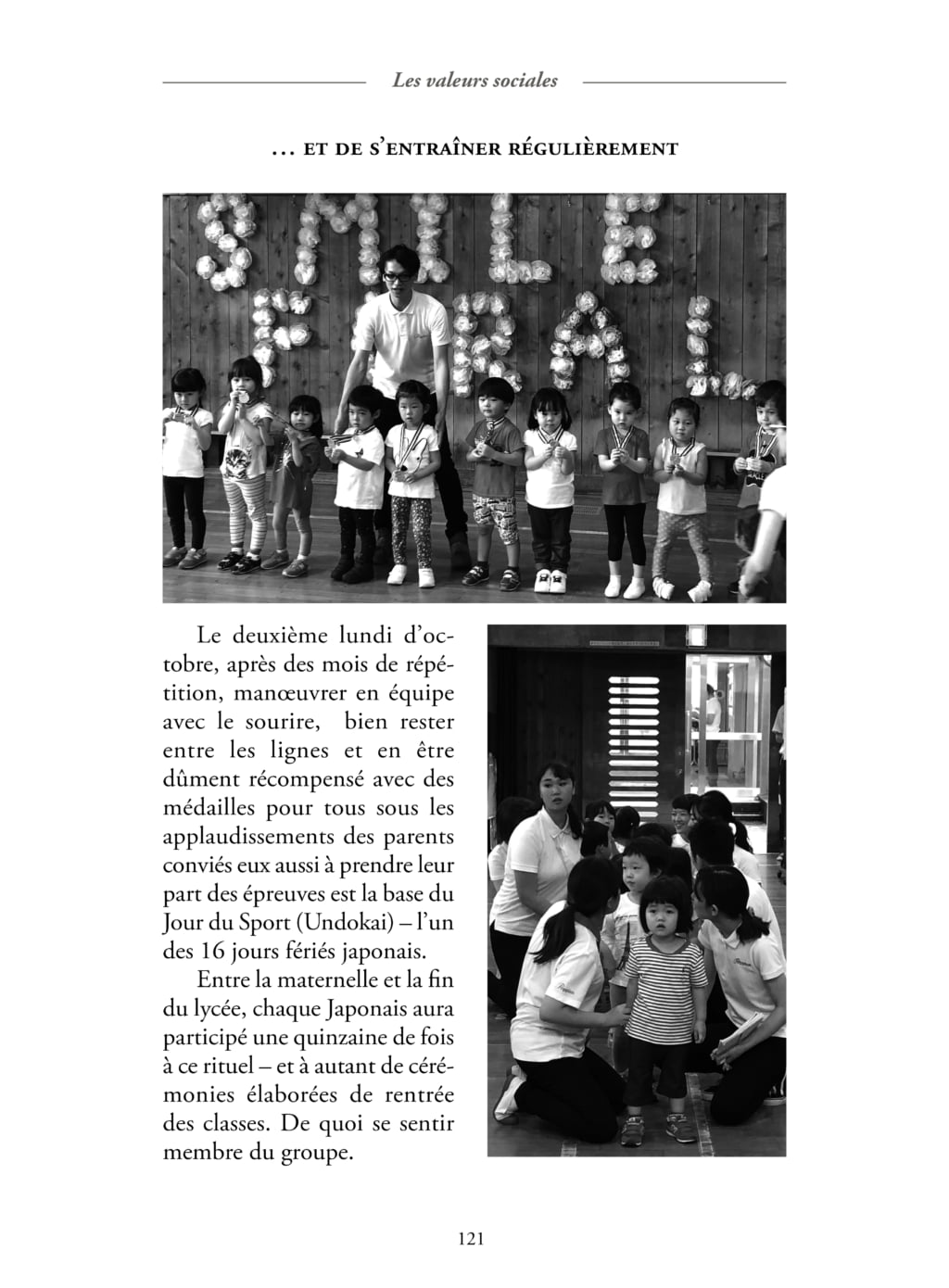 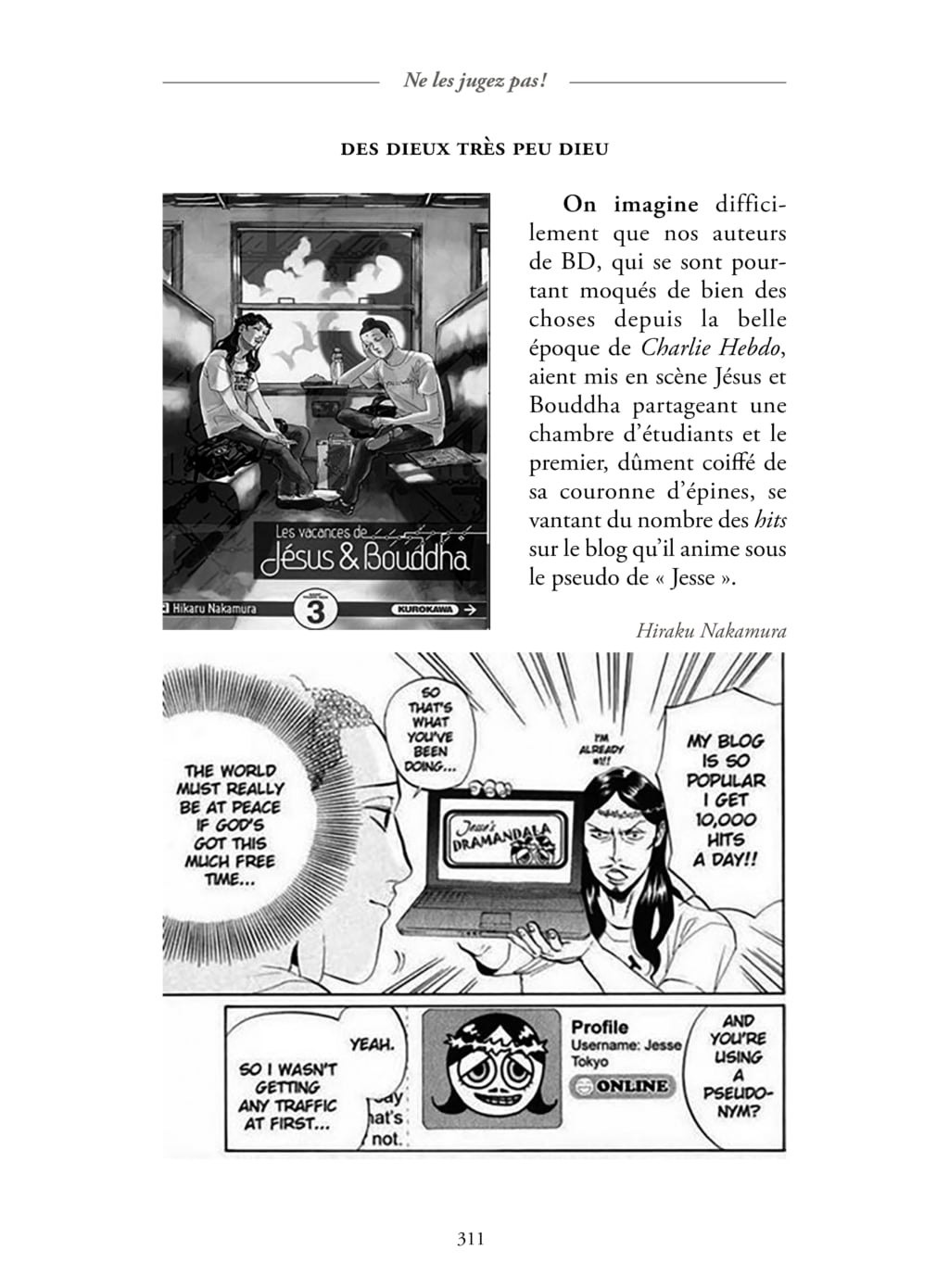