Situated at the crossroads between ikebana, the art of arranging flowers, and bonsai, the art of pruning plants to perfection, kokedama is a recent discipline which emerged in the early 1990s in Japan. Translated literally as ‘moss ball’ (dama meaning ball and koke meaning moss), kokedama is a plant art which involves growing a plant in a substrate covered with moss. The art is less codified than other practices, and so allows enthusiasts, such as Arnaud Roy, to let their plant-based creativity run free. Roy, an artist-artisan in ikebana and ceramics, has also developed a passion for kokedama, an art of sobriety and refinement which he discusses further in an interview with PEN.

What does the art of kokedama involve?

Less well known than ikebana or bonsai, which are ancestral, codified disciplines which date back to medieval Japan, kokedama appeared at the end of the last century as a way to meet the pressing needs of a more demanding urban lifestyle which was partly disconnected from nature. It doesn’t require a dedicated space, a ‘tokonoma’, unlike ikebana arrangements and miniature trees, so kokedama can be easily integrated into apartments and smaller, less traditional interiors. But it still maintains this essential link with the external, natural environment that is so dear to the Japanese and now also valued in the west. This moss ball is a living microcosm that we create and that demands less frequent care than bonsai. In its substrate, made from soil, clay and akadama, a small volcanic rock, the plant prospers without any need for a pot. 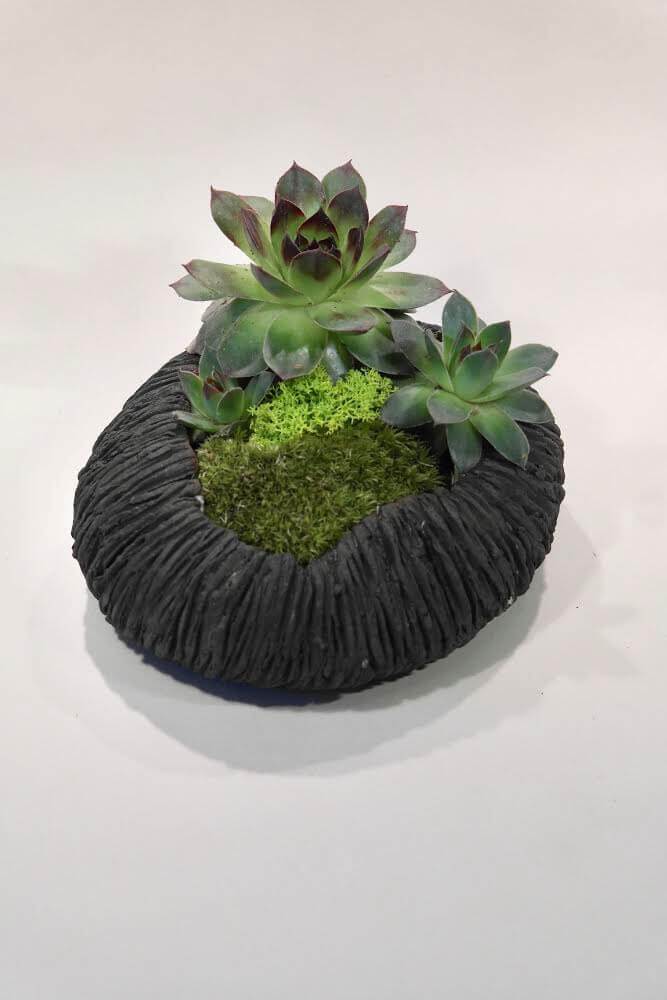 How did your interest in the art of kokedama come about?

I discovered these little plant-sculptures in Kyoto during one of my trips, and was instantly charmed and intrigued by them. In Japan, some kokedama really are miniature and have a very ‘kawaii’ quality to them, like a figurine that’s come straight from a Hayao Miyazaki film. When I returned, I started to teach myself about this practice by watching tutorials and looking for information about its preparation and the maintenance of the plants. My ikebana teacher at the time, Akiko Gishi, discovered that I’d created several kokedama, as well as a tsuboniwa, a balcony garden covered in moss. She was intrigued and asked me to explain the technique to her and to some of the students at the ikebana workshop. And so I started giving lessons at the Japanese language and culture school ‘Quartier Japon’, where I still run workshops regularly. Since then, I must have created over one thousand kokedama, and I still take just as much pleasure in passing on the gestures and seeing participants leave with their creations and a smile on their face. It’s a moment of sharing and exchange which is both relaxing and enriching for everyone.

Which plants are best suited to kokedama?

Most plants can be used in kokedama, in theory. Flowering plants can sometimes be a little more fragile, although varieties like the peace lily (spathiphyllum), with its beautiful, slender white flowers, perform very well in kokedama, as long as they’re sufficiently hydrated and have an adequate supply of light. More rustic, outdoor plants also acclimatise very well to kokedama. Like bonsai, they can stay in the same compost for several months, but without exceeding a maximum of two years.

What do you need to care for a kokedama?

Kokedama are relatively easy to care for; it’s primarily the ball of substrate that guarantees them health and prosperity. They need to be watered regularly, more or less frequently depending on the plant variety. The watering technique also varies with each ‘kokedamist’: some recommend that you water them through a hole made in the ball, using a little watering can. I personally recommend simply soaking the kokedama in a little bowl of water at regular intervals so that half of the ball is impregnated with water by capillarity, like you would do with an orchid. You then have to watch and react. I very rarely use fertiliser, although you can of course use it to help weaker plants.

Beyond its decorative aspect, what does this art teach us?

For me, this discovery was extremely timely because I’d been thinking for some time about changing to a more artistic career, without completely abandoning my job as a teacher. Painting had limitations and didn’t satisfy me fully, but the discovery of Japanese ceramics and plant arts was a revelation. This art equally satisfied my desires to create and to do good. More generally, kokedama is a microcosm which, much like the presence of plants in any other capacity, allows us to stay connected to a natural environment which we often lack in our built-up cities. It incarnates several of the principles of zen philosophy and of the Japanese aesthetic: naturalness, tranquillity and simplicity. It really is Japan in concentrated form, and a modest everyday support for meditation and relaxation. 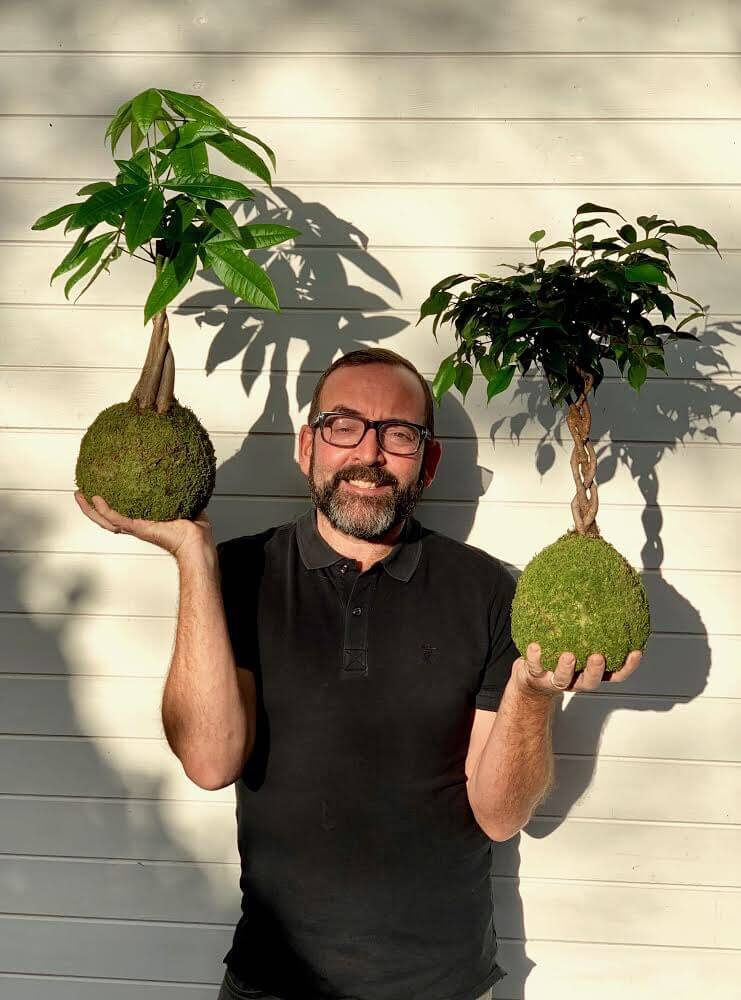