‘La Désolation’, on the Trail of Workers Who Sacrificed Their Future

In this essay, journalist Arnaud Vaulerin documents the everyday existence of the workers at the Fukushima Daiichi plant after 2011. 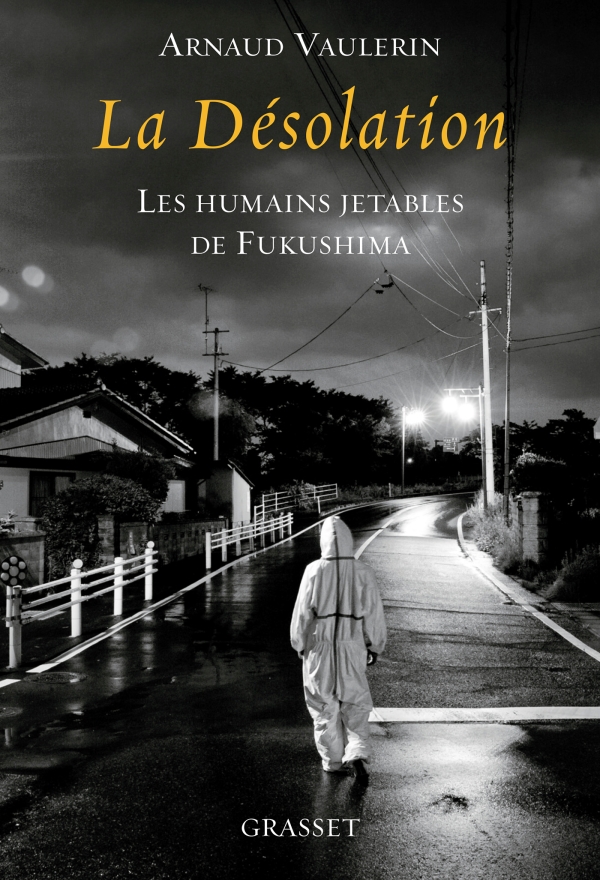 La Désolation begins with a reminder. This disastrous chronology imposes, perhaps in spite of itself, a necessary directive: not to limit the events of March 2011 to a simple metonymy, Fukushima. Thus, Arnaud Vaulerin runs through the bare facts. A 9.0 magnitude earthquake struck Japan on 11 March 2011 at 14:46, then triggered a tsunami that affected 500 kilometres of land along the coast. At 15:27, the Fukushima Daiichi nuclear power plant was hit by the first wave. The following day, successive explosions took place on the site, causing an unprecedented nuclear disaster.

Working in the negative

‘It’s now over to the cleaners, the decontaminators. They are faceless and wordless. They don’t speak, they don’t show themselves, they don’t exist’, the journalist explains. He focused on these individuals over several months, from 2013 onwards. These workers, sometimes martyrs, were all sacrificed at the altar of a Japanese government that constantly claimed that everything was under control.

The workers in question are in a precarious situation, having received no training in the tasks they are going to carry out, and employed in an increasing number of cases by subcontracting companies that disregard safety measures and health-monitoring protocols. ‘These workers are not going to make, produce, build, or construct anything. No, they are going to dismantle, destroy, and remove. A life of labour through deduction, debit, and deficit awaits them. Working in the negative for decades, this becomes an absurd and depressing reality’, Arnaud Vaulerin remarks.

Through his encounters and interviews at the Fukushima Daiichi site itself, in the surrounding villages, and at the TEPCO (Tokyo Electric Power Company) that operated the plant, the journalist sketches an image of this world that is unearthed only on anniversary dates, the everyday existence of those tracking an invisible enemy. The author clearly states: ‘I have never lost sight of the fact that this story was not exclusively Japanese.’

La Désolation (2016), an essay by Arnaud Vaulerin, is published by Grasset.