Ryoko Sekiguchi celebrates the seasons and their cycle in this book constructed around a term that evokes several dimensions of nostalgia. 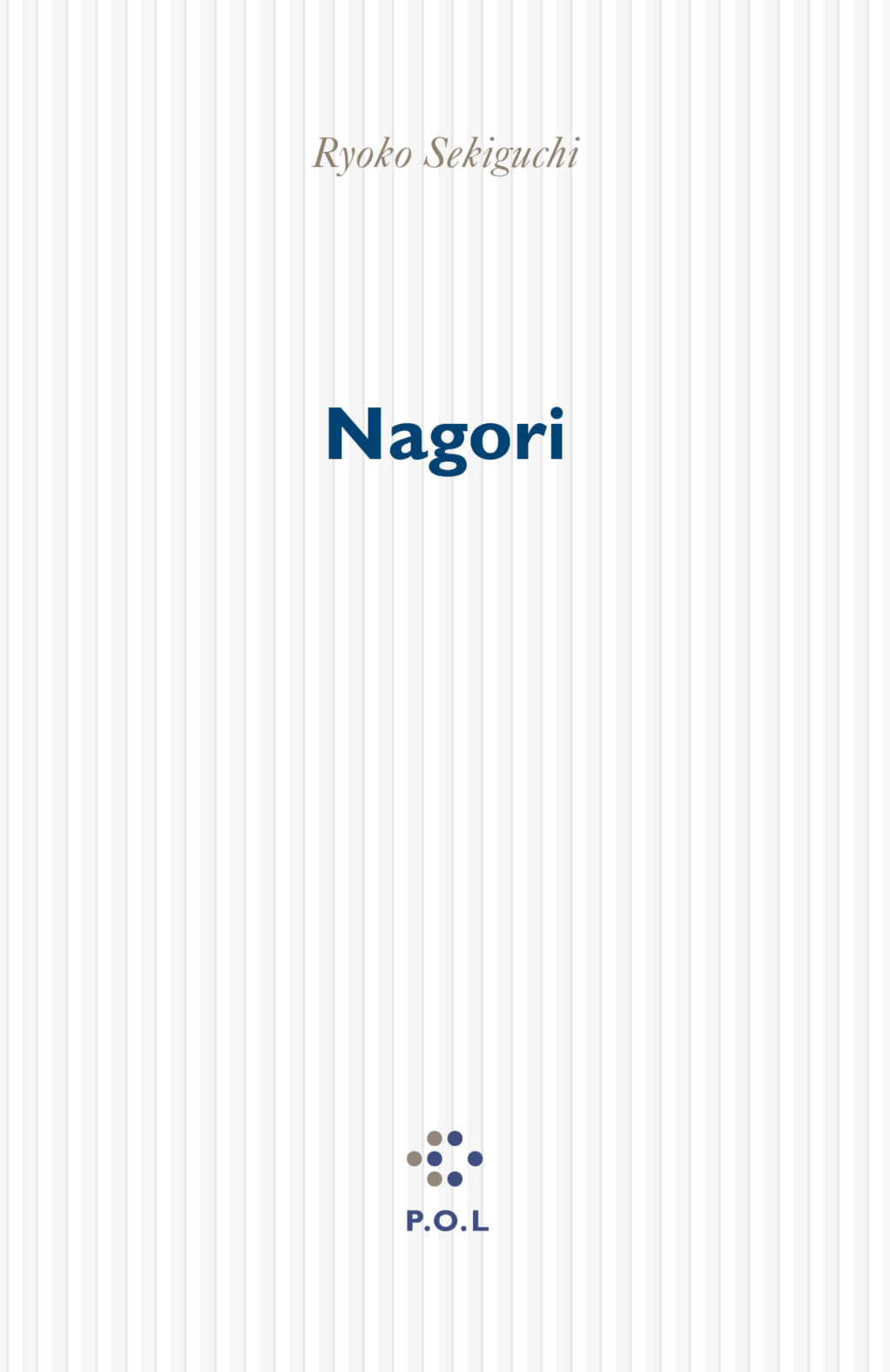 Nagori, a book by Ryoko Sekiguchi, encourages the reader to take time. Time to discover, first of all, with the word nagori. The writer, poet and translator wanted to keep the title the same for the French version of her novel, which is a rare occurrence in literature. Nagori literally means ‘remains of the waves’ in Japanese, that is the mark they leave once they have retreated. The sand has moved, pebbles have appeared, and some algae may have washed up on the shore, wrapped in a frothy foam.

Another way of understanding is by considering that the Japanese character used to write nagori is the one that means ‘the name that remains’. Nagori is therefore a matter of sensation: the nostalgia for something that we reluctantly let go, an ambivalent sensation that encompasses the joy of experiencing a given moment, while being fully aware that it marks the end of something, either for good or until the next time.

Different relationships with the passage of time

In her book, Ryoko Sekiguchi calls upon Japan, Egypt, France or Italy, poetry, cooking and the cycles of life, including death. She delivers an ode to the seasons, as is reflected in the subtitle ‘La nostalgie de la saison qui s’en va’ (‘Nostalgia for the departing season’). The flavour of nagori is that of a seasonal fruit or vegetable that is being eaten for the last time before the taste buds forget its flavour until they rediscover it when that season comes around again. Nagori is therefore somewhat of a meditation on seasonality, a concept  that is far more subtle than it might appear. This is demonstrated by the different Japanese words used to describe produce: hashiri for early produce, sakari for the peak season and nagori for the late season, the final produce that will be eaten that year.

When speaking of the cycle of the seasons, one must also speak of humans’ relationship to the passage of time, the timelines that govern us, some of them linear and others cyclical. They are sometimes broken too, as they were for example during catastrophes like Fukushima which had an impact on the flora and fauna in the areas surrounding the nuclear plant, forever changing the landscape and also the relationship between humans and nature’s produce.

Lastly, Ryoko Sekiguchi makes sure to remind the reader that cycles can sometimes be twisted. To create memories, seasons may be robbed of their flavours. Because it gives the impression of mastering the course of time, of stealing a few precious moments of it. Indeed, this is how the idea for the book came about. While in a restaurant in the Tokyo suburb where she has a habit of going whenever she visits Japan, she asked the chef about an ingredient he used in one of his recipes and that she was surprised to find on her plate as it was no longer in season. The chef confessed that she was correct, it was not in season, but that he was not sure he would have the opportunity to cook with that ingredient in his restaurant the following year as he felt too old and tired. In some cases, not being in season proves to be a precious thing.

Nagori (2019), a book by Ryoko Sekiguchi published by P.O.L (not currently available in English).