The Italian-British photographer immortalised a large number of these warriors as feudal Japan was coming to an end. 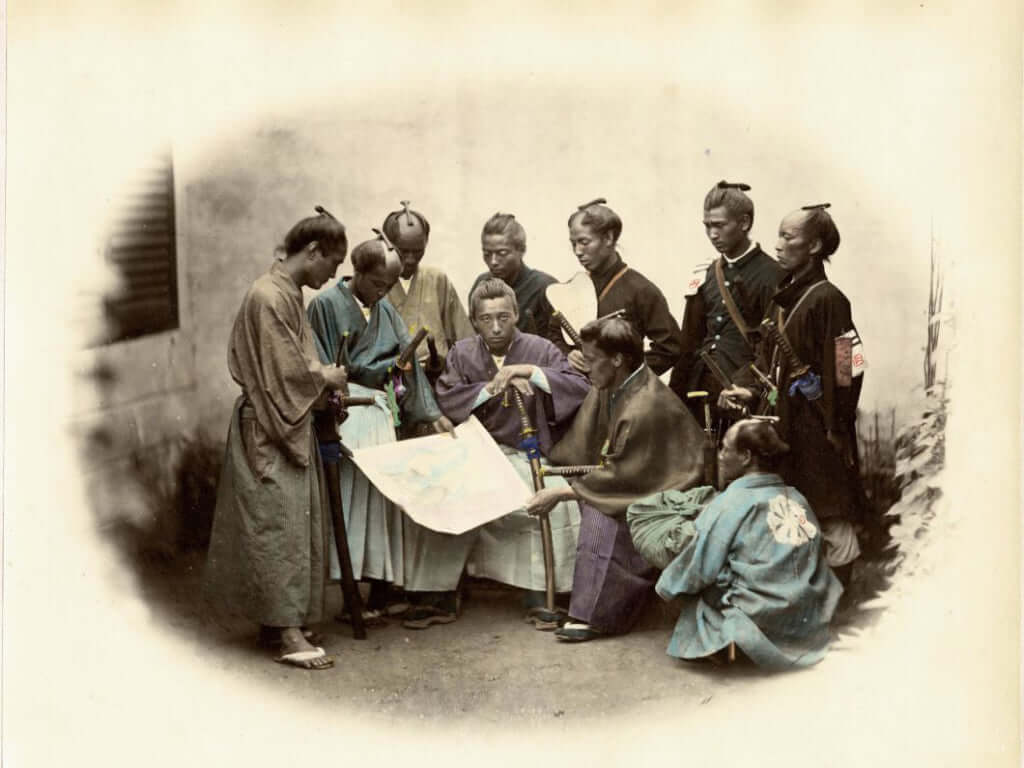 When Felice Beato arrived in Japan in 1863, the Japanese ports had just opened to international trade and foreigners living on Japanese soil were still few in number. The photographer-reporter, thanks to some valuable contacts in the Japanese army, had the opportunity to go to various regions of the country to capture the final hours of feudal Japan. But, while the Boshin War (1868-1869) was raging, Felice Beato continued his photography work in the studio, where he presented samurai and courtisans.

In these first Japanese portraits, samurai proudly appear, dressed in their armour and brandishing their swords. The photographs were then colourised by the photographer himself, a very common practice in the late 19th century. Felice Beato was one of the first to photograph the Far East, and also one of the few photographers to manage to immortalise the final years of the existence of these Japanese warriors. Indeed, five years later (1868), the Meiji restoration marked the end of feudalism. Carrying a sword was then forbidden to anyone outside the new national armed forces.

A pioneering figure in photography in Japan, Felice Beato had a great influence on his contemporaries and successors like the Austrian baron Raimund von Stillfried and the Italian Adolfo Farsari, as well as on Japanese photographers like Kusakabe Kimbei and Tamamura Kozaburo.

The majority of Felice Beato’s works can be viewed online, on the website of the Metropolitan Museum of New York. 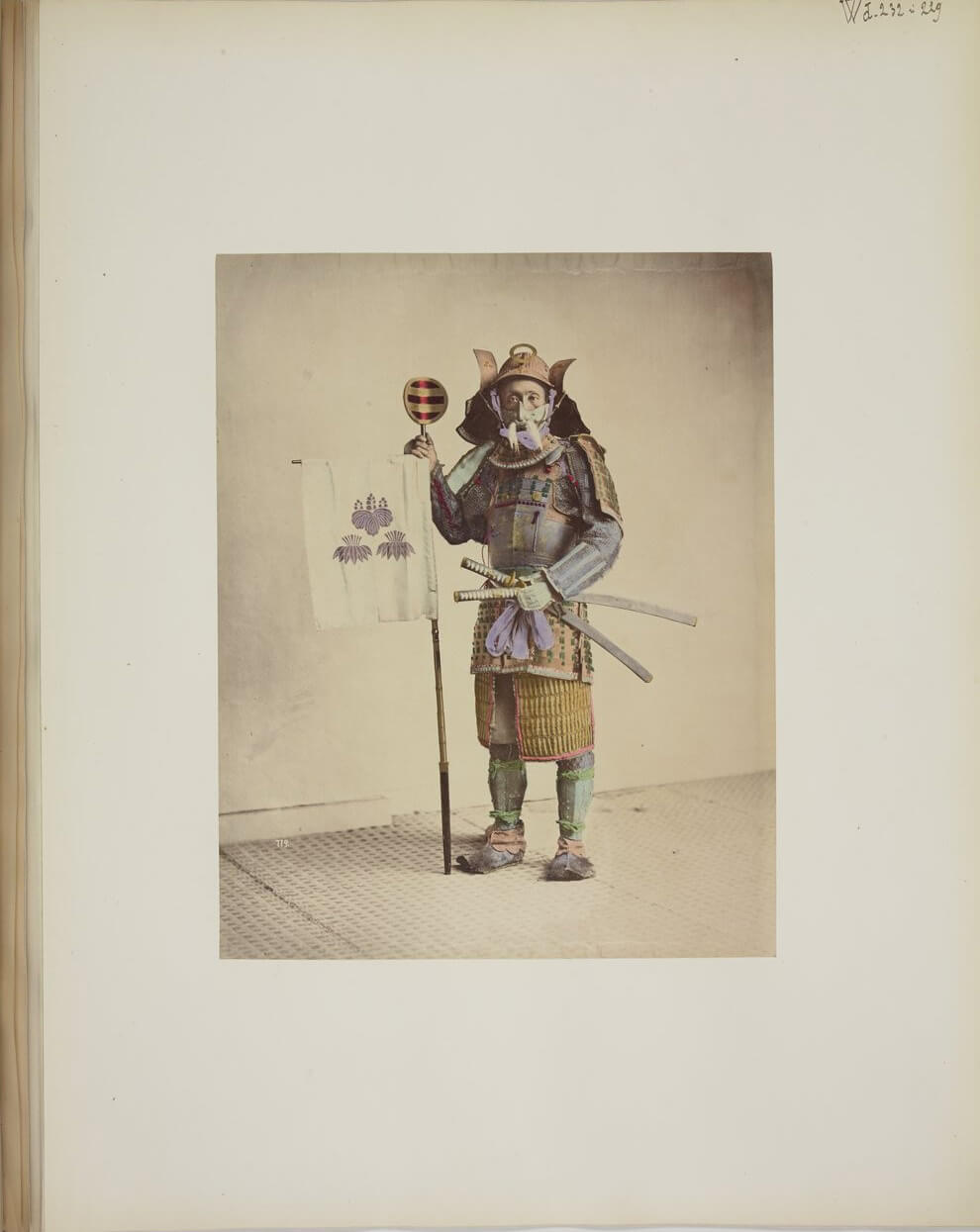 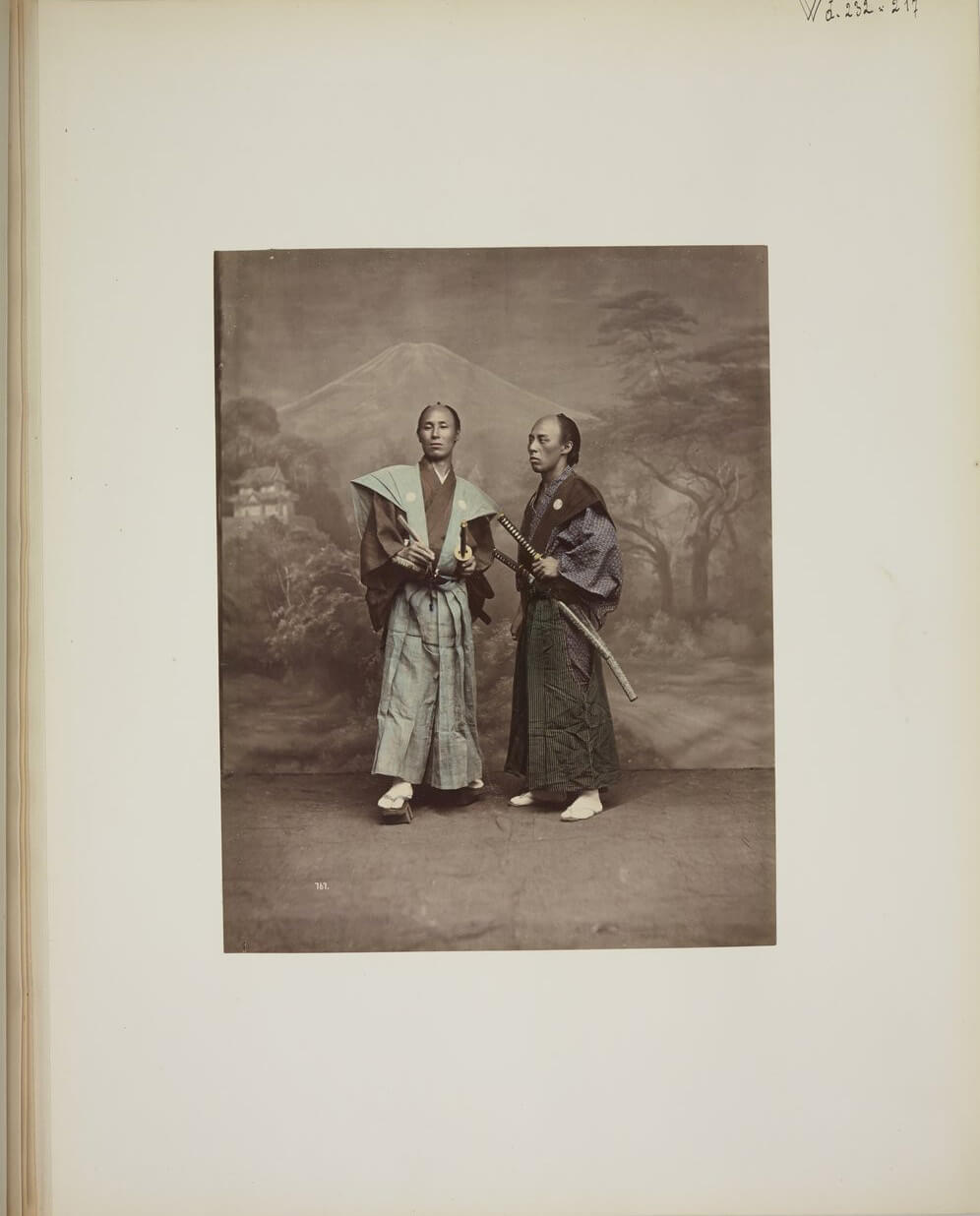 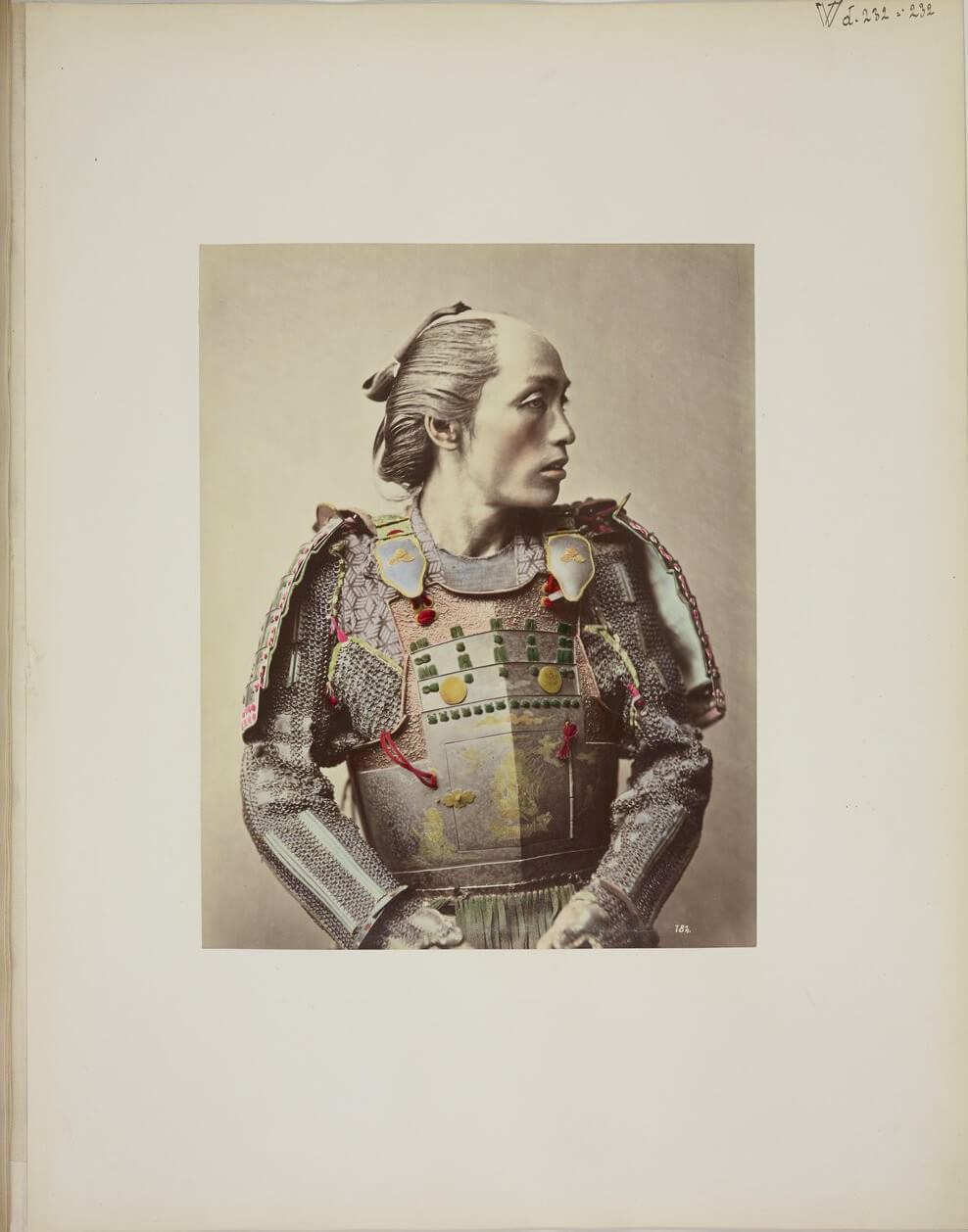 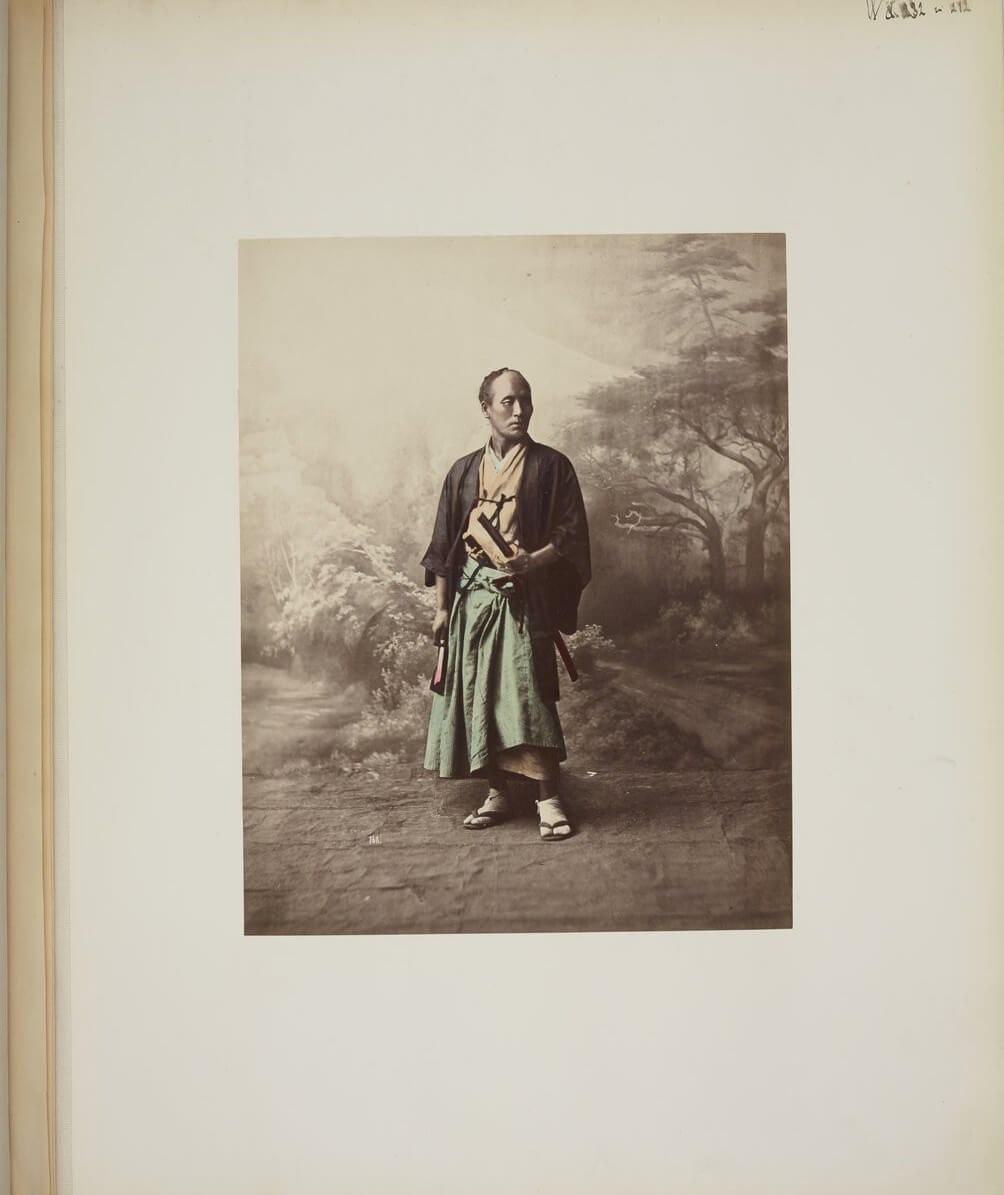 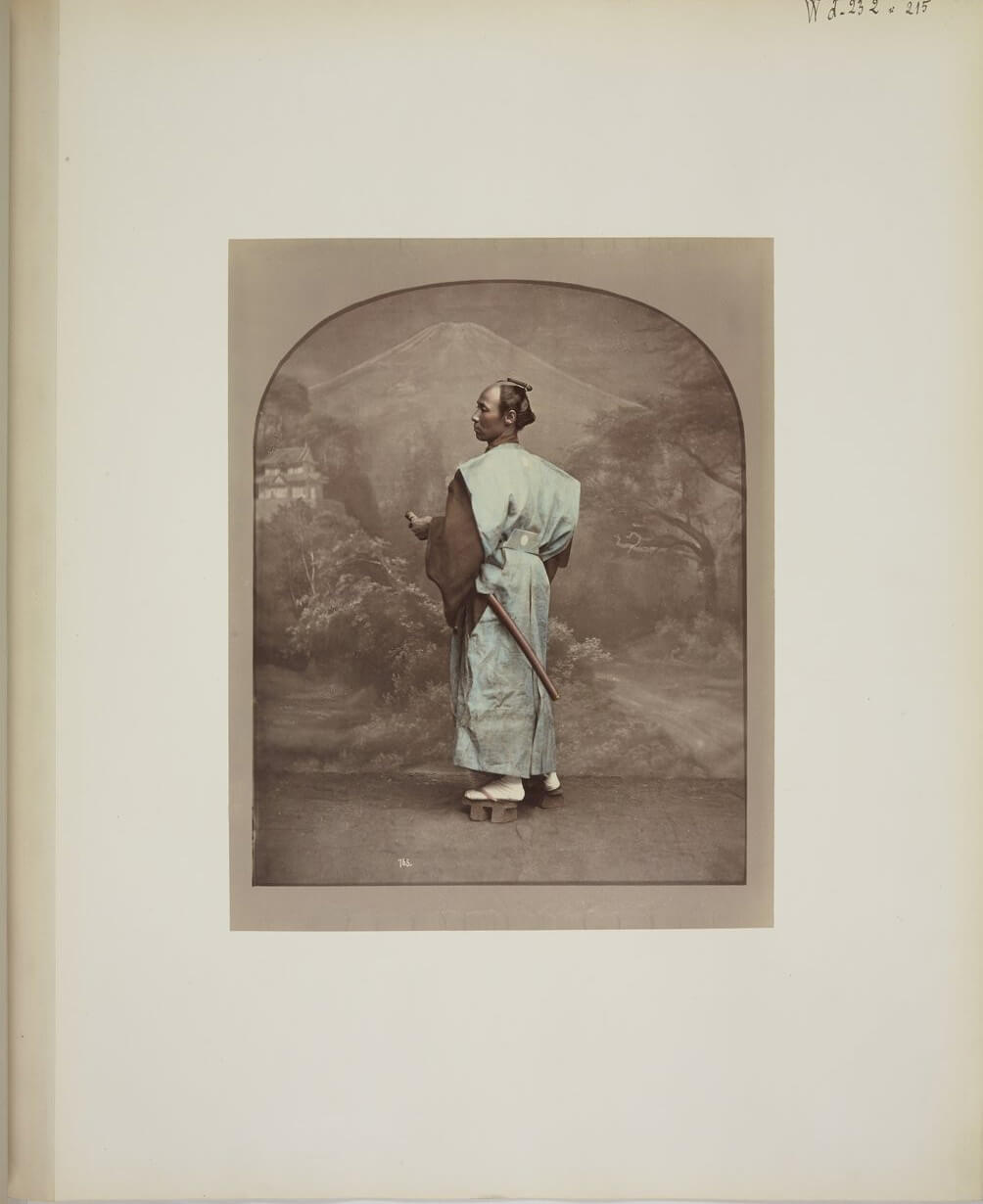 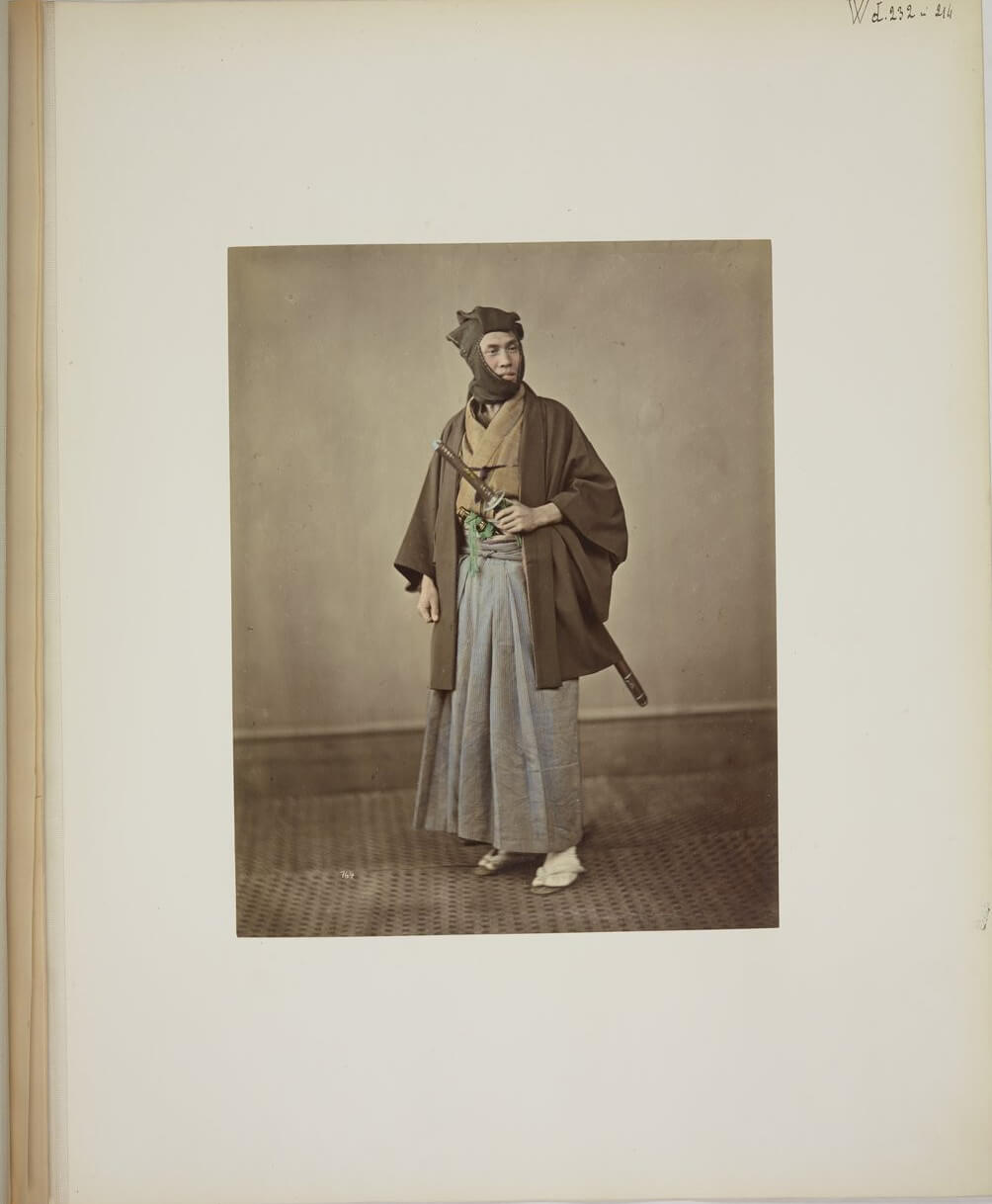