In the book ‘The Yakuza Saga, Japanese Video Games in the Present Day’, Victor Moisan examines the success of this game about the underworld.

Known in Japan as Ryu ga Gotoku (Japanese for ‘like a dragon’), the Yakuza saga is one of the most important franchises created by the company SEGA. Having sold over 14 million units, a new episode has been released every year since 2005. All of them have been recognised at the Japan Game Awards, thanks in particular to their storyline that concerns a legendary theme, the Japanese criminal underworld.

Having lived in Kyoto since 2013, Victor Moisan writes books on the subjects of video games and cinema. In 2020, the French author released a publication composed of over 300 pages, La Saga Yakuza, jeu vidéo japonais au présent (‘The Yakuza Saga, Japanese Video Games in the Present Day’), about the international success achieved by this 10th art. ‘[It is a] rare example of a video game that is perfectly integrated into the workings of a mass industry—churned out by exploiting a hackneyed business—and that is at the same time keen to make an unusual, insatiable comment on its era’, the writer remarks in his book.

A more or less virtual world of gangsters

Street clashes, car chases on the motorway, gun fights… Through an RPG (role-playing game) approach, the player is immersed in the folklore of Japan’s gangsters. Thus, against a night-time urban landscape, a host of characters appear, including the protagonist, Kazuma Kiryu. Nicknamed the ‘Dragon of Dojima’, he wishes to leave the world of the mafia to fulfil his dream of raising orphans.

Studies, testimonies, portraits… The book, with cover art by Dave Zhang, examines numerous aspects of the famous saga in detail. From an examination of its origins to a case study of the different parts, the author combs through the franchise dedicated to the Japanese mafia. ‘Organised crime serves as a bridge towards a sociocultural exploration of contemporary Japan’, Victor Moisan declares. Inspired by yakuza eiga (yakuza films) but also and indeed primarily reality, the successive parts of the series, with a graphic style that was popular in pre-war times, are ‘mirrors of the real’, according to the artist. 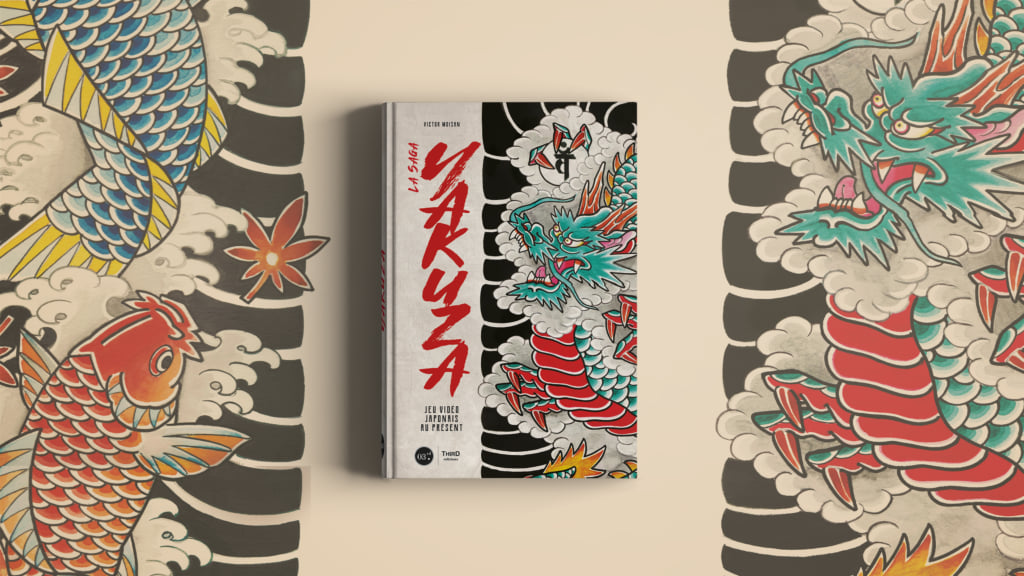