Having worked in fashion for many years, he arrived in France and decided to work for himself, becoming Fashion Improver.

Working at a Japanese select shop (a store selling collections by several different clothing brands), Jumpei Seki never imagined that he would one day strike out on his own. When a French branch of his company was opened in 2015, he followed and settled in Paris. As he discovered his new country, he found himself dreaming of starting his own company. He achieved this goal one year later, becoming Fashion Improver.

Jumpei Seki created this original title to distinguish what he does from the work of a consultant. The entrepreneur advises brands and fashion stores but without placing himself above the teams working there. He puts himself on their level and incorporates their way of working in order to better guide them on potential improvements that could be made. His twenty years of experience in store management and purchasing allowed him to make himself known relatively quickly.  He now runs two companies, one in France and the other in Japan.

From playing an advisory role to running his own store

Following his early success, Jumpei Seki decided to open his own shop in 2019. PARKS, located in Paris’ sixteenth arrondissement, allows him to present a selection of carefully sourced garments, some from various different Japanese brands that are unknown in France. The entrepreneur has also included a corner with pieces by S H, his own line of shirts that are ‘American from a French point of view’, launched in 2018.

Although his company is engaged in multiple activities, Jumpei Seki runs it almost single-handedly. With the help of a part-time employee for his store in Paris, he manages to continue to travel, always between France and Japan, and hopes to grow his team (while keeping it at a reasonable size) so they can launch new projects overseas. 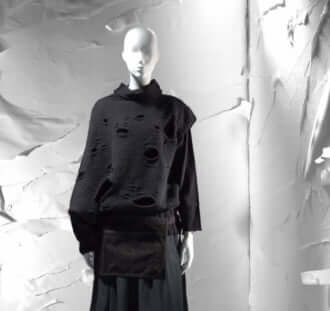