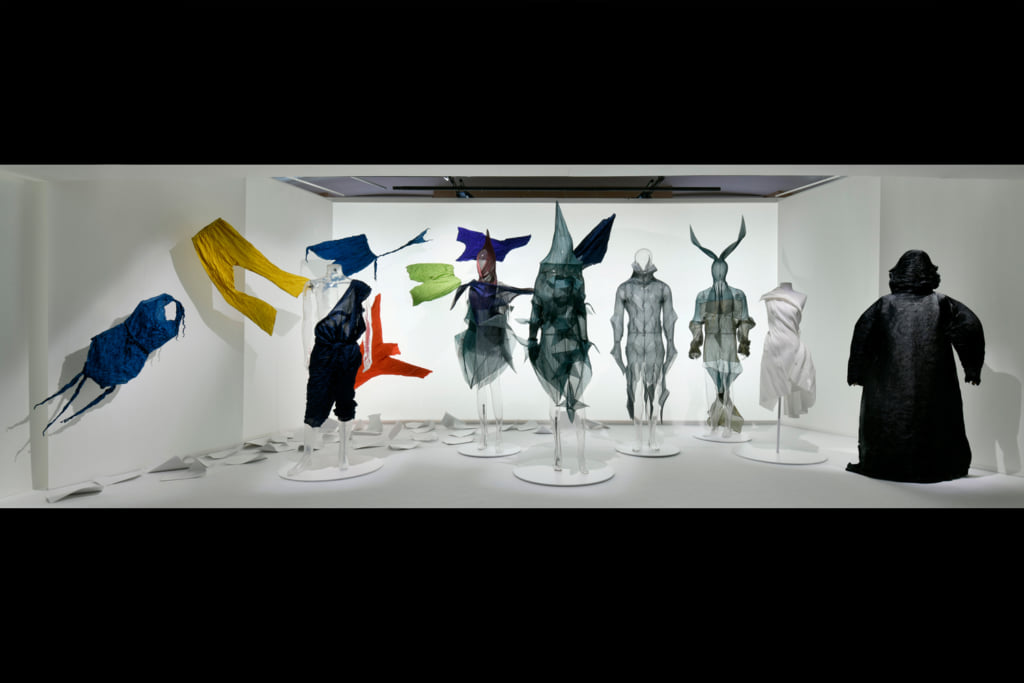 Should haute-couture respond to artistic criteria, or to practicality? The question has hovered over the industry for years without ever really finding a response. While certain designers opt for more conceptual designs, others prefer classicism and materials. Issey Miyake, for his part, proves over and again that clothing can be both functional and elegant, all while remaining abstract and intellectual, the fact of which allows him to let his imagination run wild.

His silhouettes demonstrate pleating to be at the heart of his creative process. While the Japanese stylist follows in the footsteps of a number of illustrious predecessors who made pleats their main material, including Mariano Fortuny, Coco Chanel, Madeleine Vionnet and Madame Grès, Miyake remains the most reputed contemporary designer for his pleating technique. 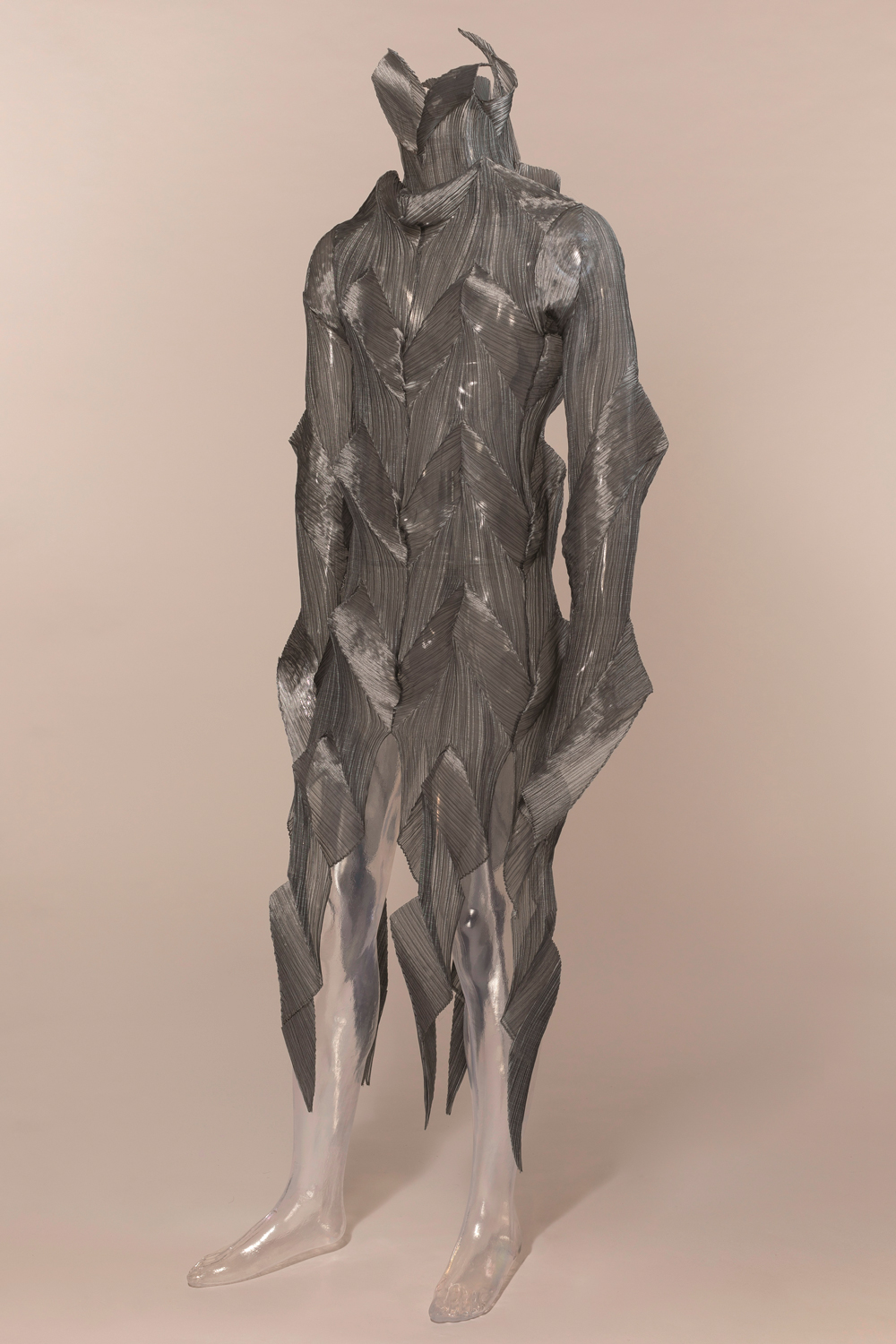 Pleating is a technique which requires specific technical knowledge, however it remains commonly used in haute couture. Issey Miyake began using the technique in the 1980s by introducing a personal and modern vision with the collection, ‘the mutant pleat’, a nod to the innovative dimension of his silhouettes. This new pleat, that Miyake calls mutant, is lighter, more practical, and simple to use, the pleated garments are machine washable and can be worn as soon as they are dried without being ironed. The collection equally reflects the designers initial experimentations with his commercial range with dozens of colourful and floaty shapes which allowed him to quickly become the benchmark for pleated garments.

Eleven years after his first collection created around this technique, the Japanese designer met the American Frankfurt-based choreographer William Forsythe who tasked him with creating pleated pieces for dance. Miyake subsequently went on to produce a collection for the ballet ‘The Loss of Small Detail’ 1991. At the same time, the designer launched the line ‘Pleats Please’ which was met with global success. ‘Pleats please’ combined the complex pleating technique with an altogether new material: super light polyester, often reserved for lining. The collection allowed him to go on to rethink dance costumes, making them lighter, and allowing them to instantly return to their original shape, no matter how much the dancer jumps or moves. 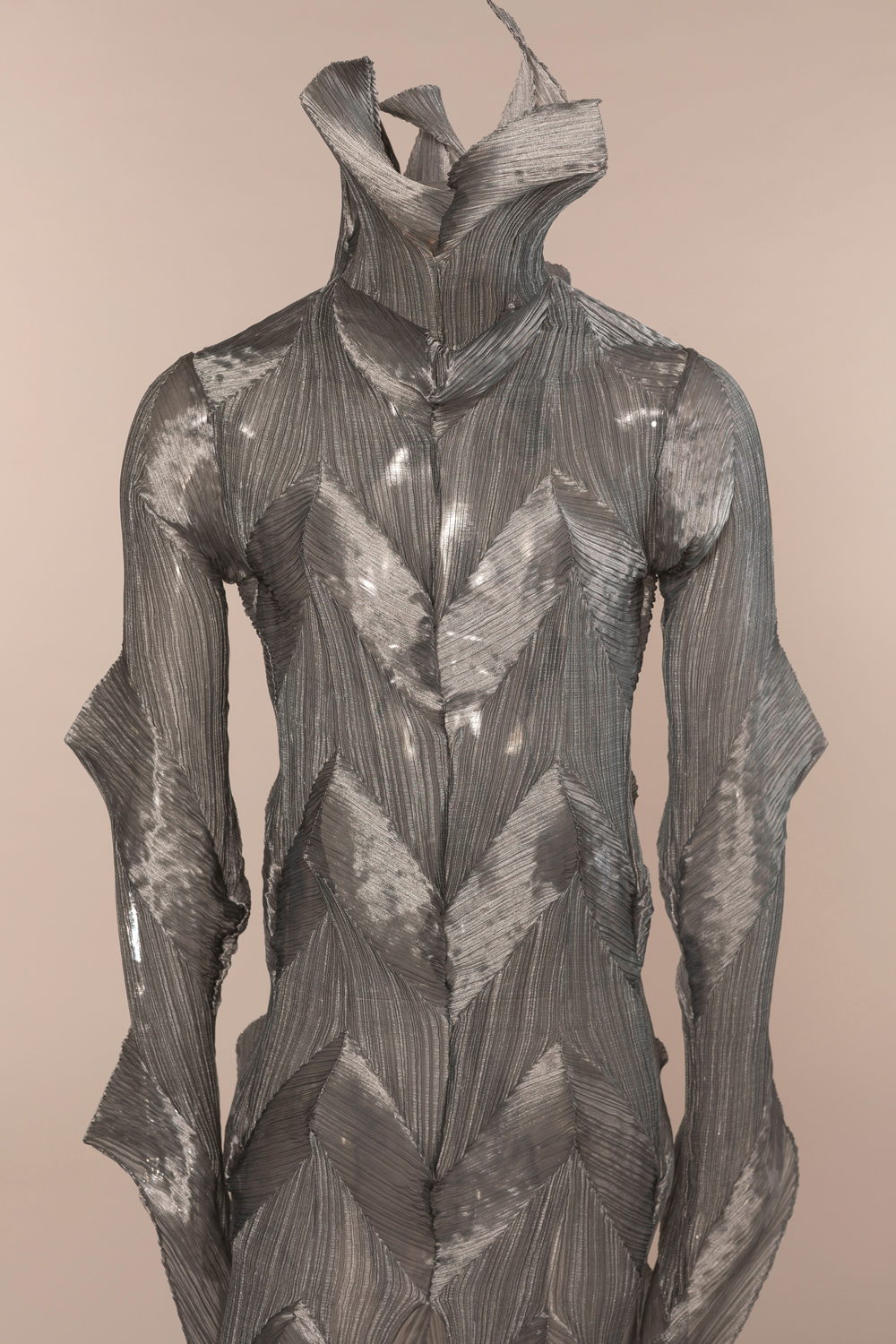 For another of Forsythe’s ballet’s ‘As a Garden in this Setting’, Miyake returned to the stage, creating a costume which, according to Philippe Noisette, curator of the exhibition ‘Couturiers de la danse’ at the CNCS, would suit everyone, never crease, and that can be washed as many times as you like.

Since the beginning of his career Issey Miyake has always proclaimed the importance of his pieces being conceived in order to free the masculine wardrobe. He has proven his ambition time and time again with his numerous runway shows and performances in which he has the unique trait of asking his models to run, dance or smile. Often his runway shows are choreographed and demonstrate the way in which the clothes never prevent free movement.

Creating clothing for dance is an entirely different practice to regular couture, according to Noisette, in Paris Match; in dance, fashion designers find themselves in a world where the body moves, falls to the ground, rubs up against other bodies, or is carried, and this must be remembered in terms of practical considerations. While Miyake is reputed for his ingenious creations, his relationship to performance art is less examined, however, dance has had a huge influence on his career, as can be seen in the exhibition ‘Couturiers de la danse’ at the CNCS de Moulins, available online. 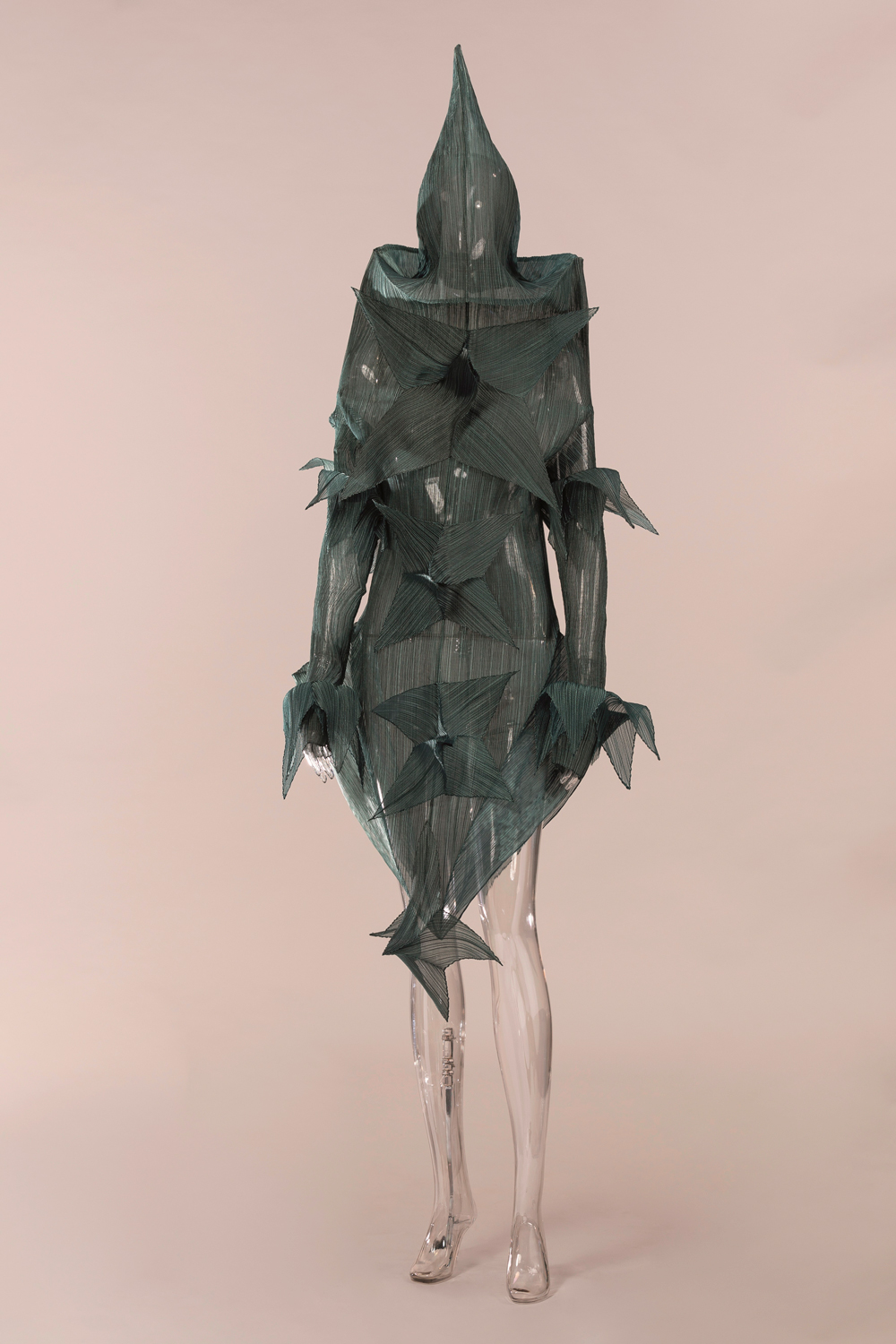 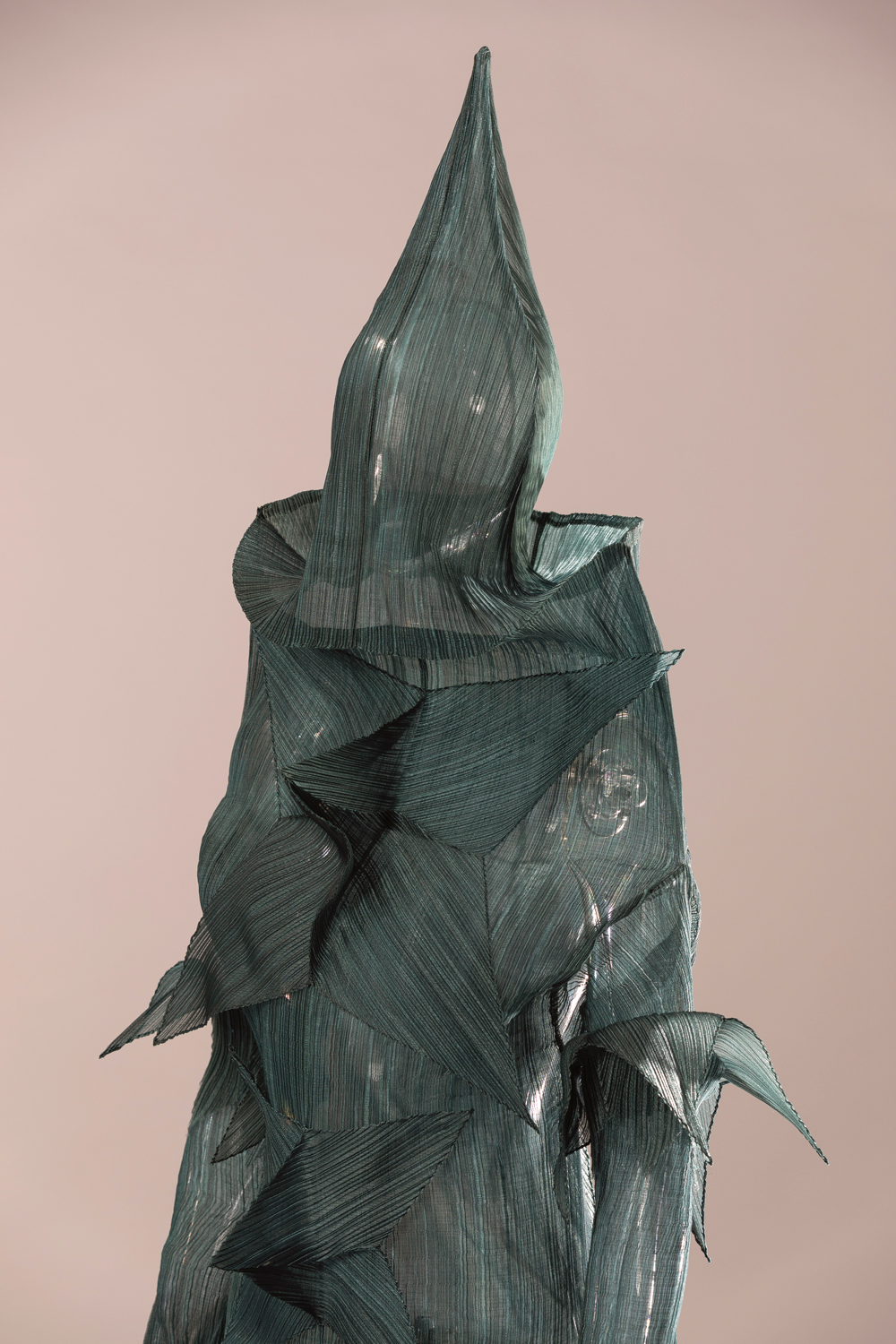 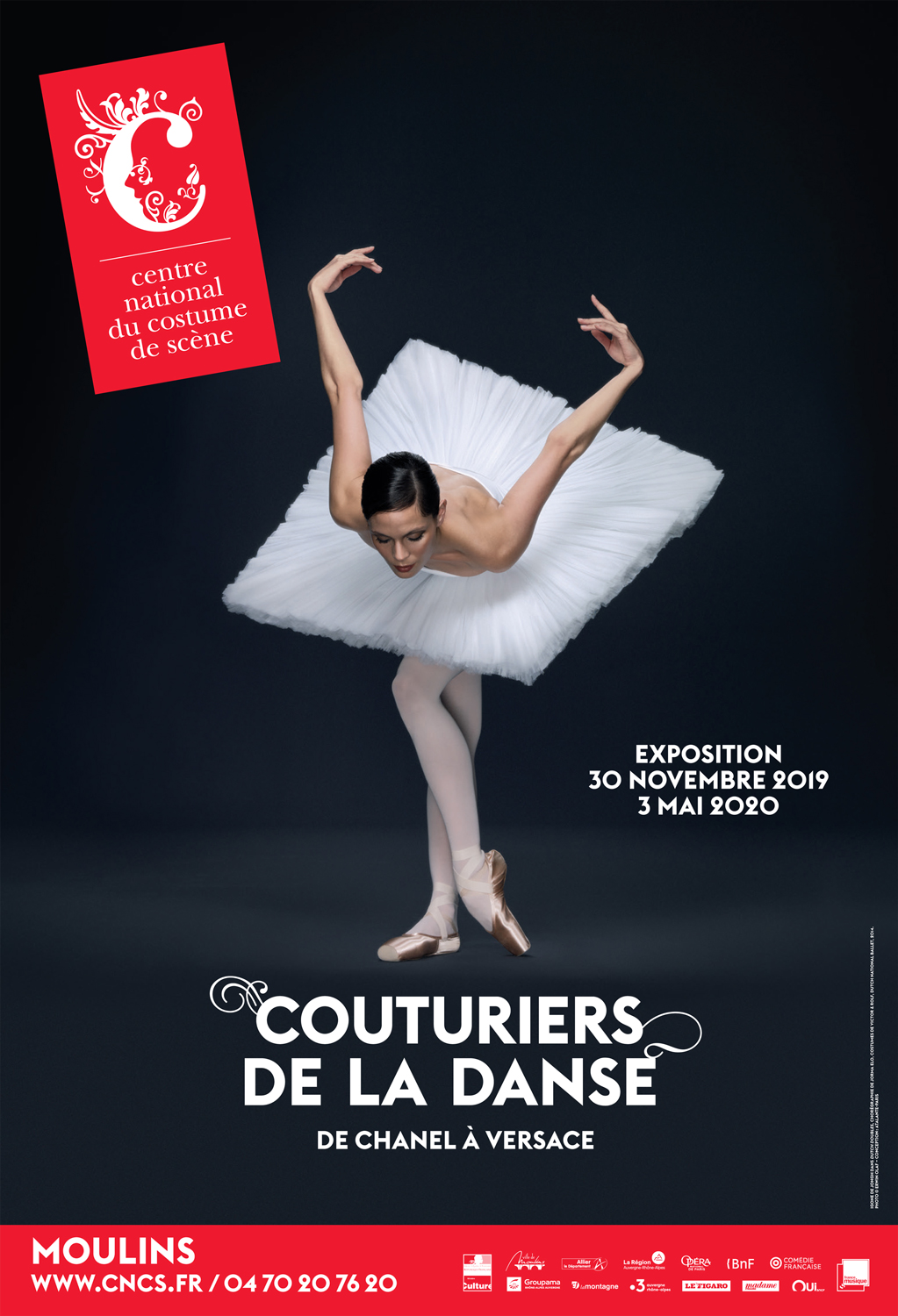