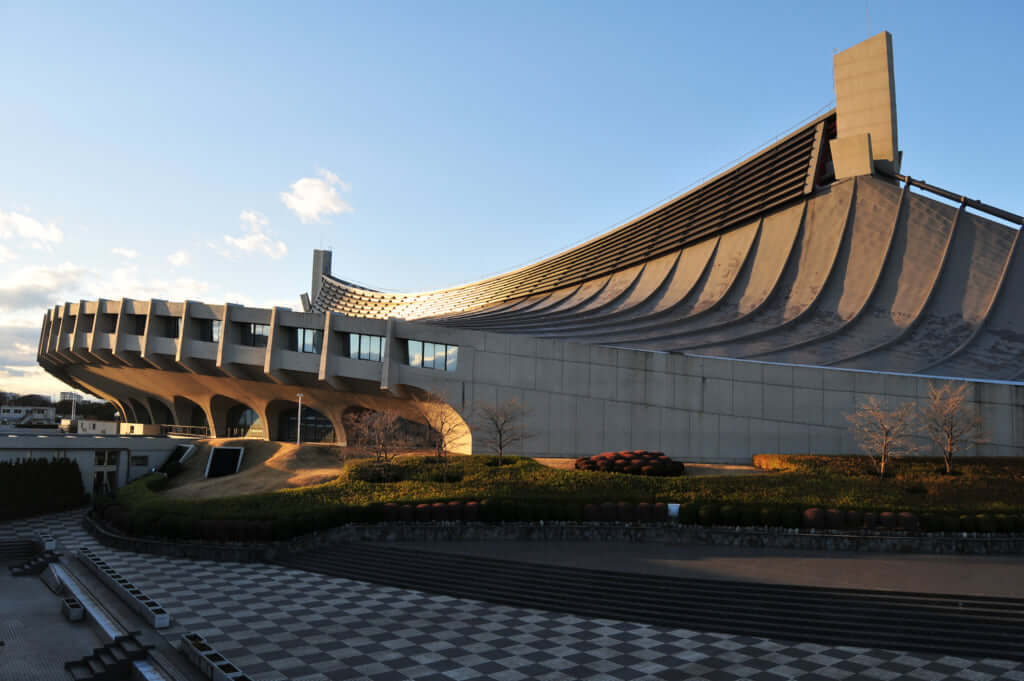 What do Hiroshima’s Memorial Peace Park structure—home to the Museum of the Atomic Bomb—and the twin towers of the government building in Shinjuku have in common? These pared-down constructions made from rough concrete are the work of celebrated architect Kenzo Tange.

The instigator of the revival of post-war architecture, Kenzo Tange has created his own style over the course of his projects, a style described as lyrical brutalism. Lauded in all four corners of the world, his iconic monuments made from rough concrete even went so far as to win him the Pritzker Prize in 1987. However, Japan, and Tokyo in particular, remains the true laboratory for his architectural works, such as the brutalist St Mary’s Cathedral or the futuristic-looking Fuji TV headquarters. 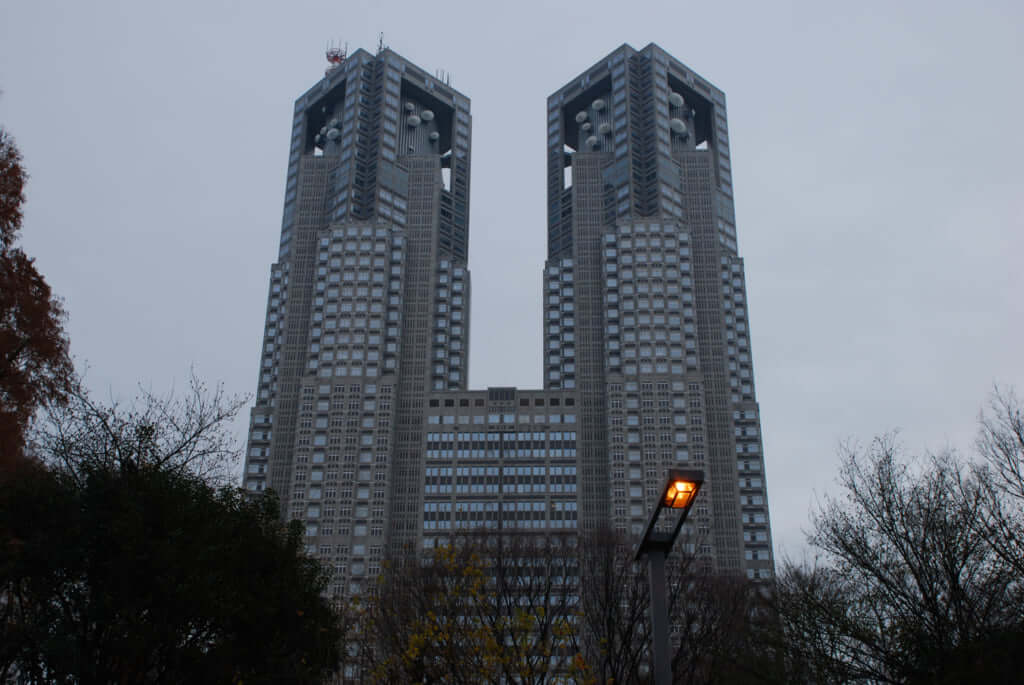 ‘Construction is the hope of the 20th-century man, but it also exercises its responsibility towards 21st-century man’, he used to say. In 1949, Kenzo Tange won the competition to design Hiroshima Memorial Peace Park and the Museum of the Atomic Bomb, which he constructed in the centre of the rebuilt city of Hiroshima. He sought to create, in his own words, ‘a new tradition’, drawing on Jomon (Japanese prehistory) heritage and its primitive, rural habitat, which he translated into buildings made from rough concrete. This project marked a turning point in his career, helping him to go international. Kenzo Tange took his famous style to over twenty countries, using rough concrete, glass, and even stone during his final period. Each of his new creations was also marked by a harmonious sense of equilibrium and inherent refinement. Over the years, his projects became taller and took the form of towers. In 1991, he was entrusted with the colossal project of building the new Tokyo Metropolitan Government Building. Comprising two parallel towers standing 234 metres tall, this architectural complex made from polished granite was described by critics as an ostentatious monstrosity and nicknamed ‘tax tower’ due to its astronomical cost. Erecting his constructions as close to the sky as possible, Kenzo Tange took his own place in the heavens on 22nd March 2005, leaving behind Tokyo, the city of possibilities, which he injected with his bold, modern perspective. 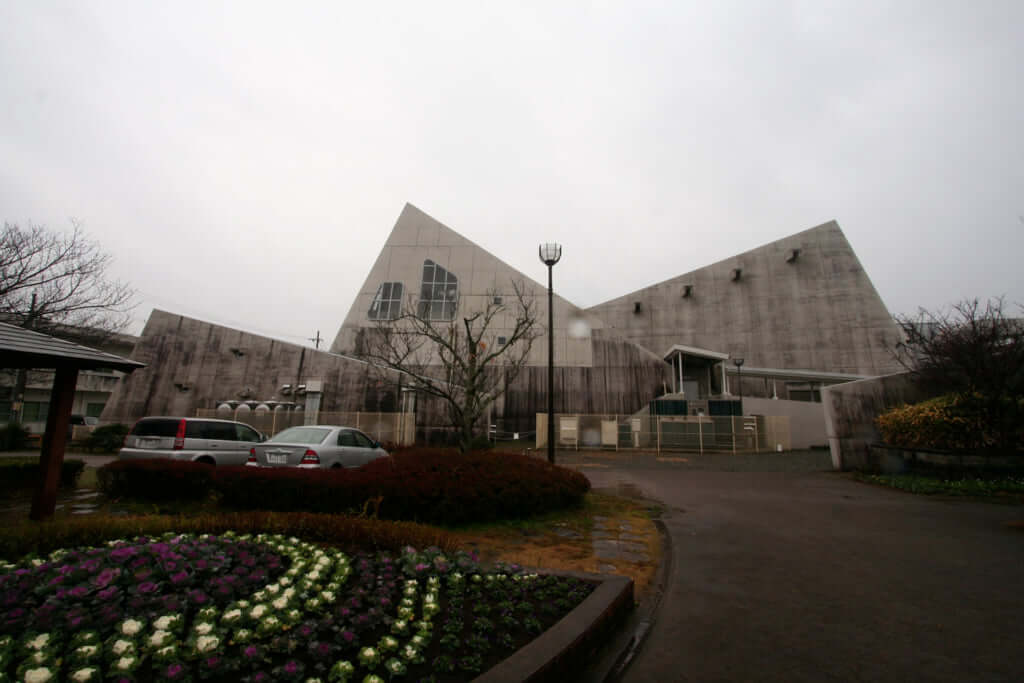 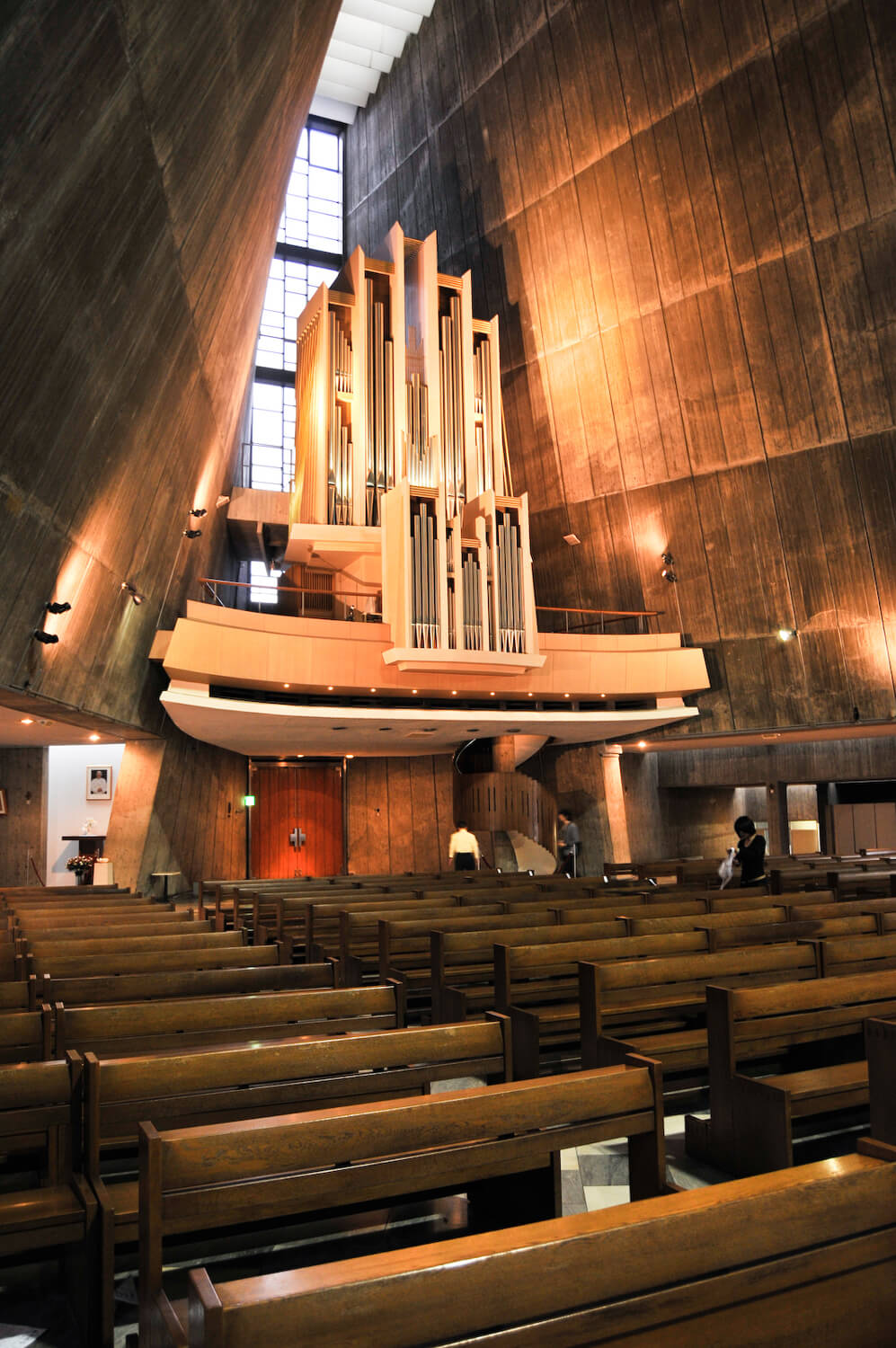 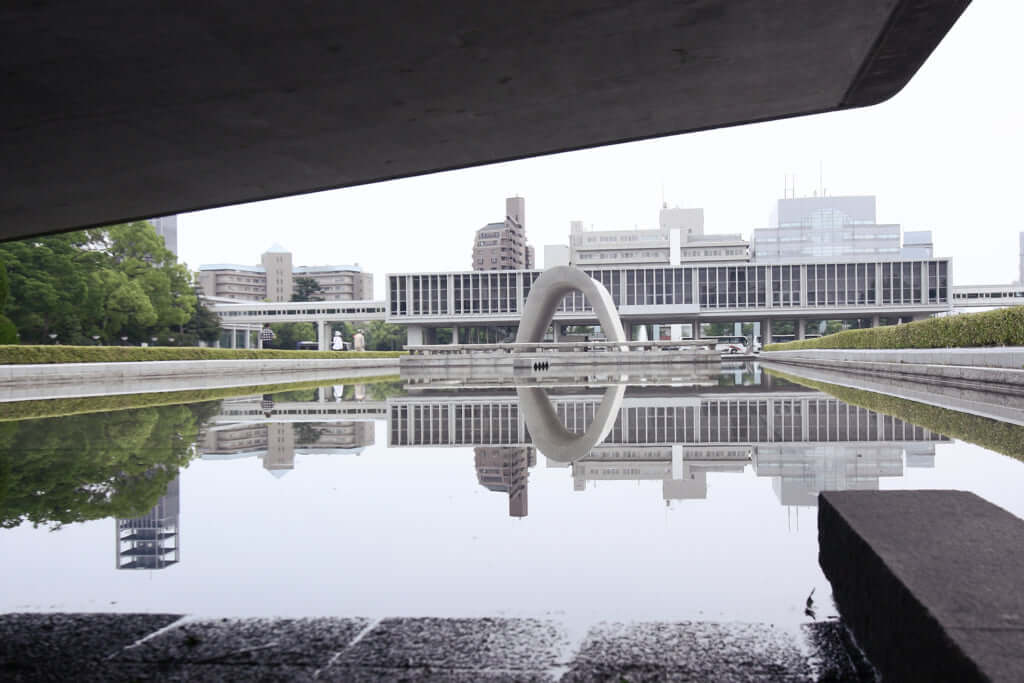 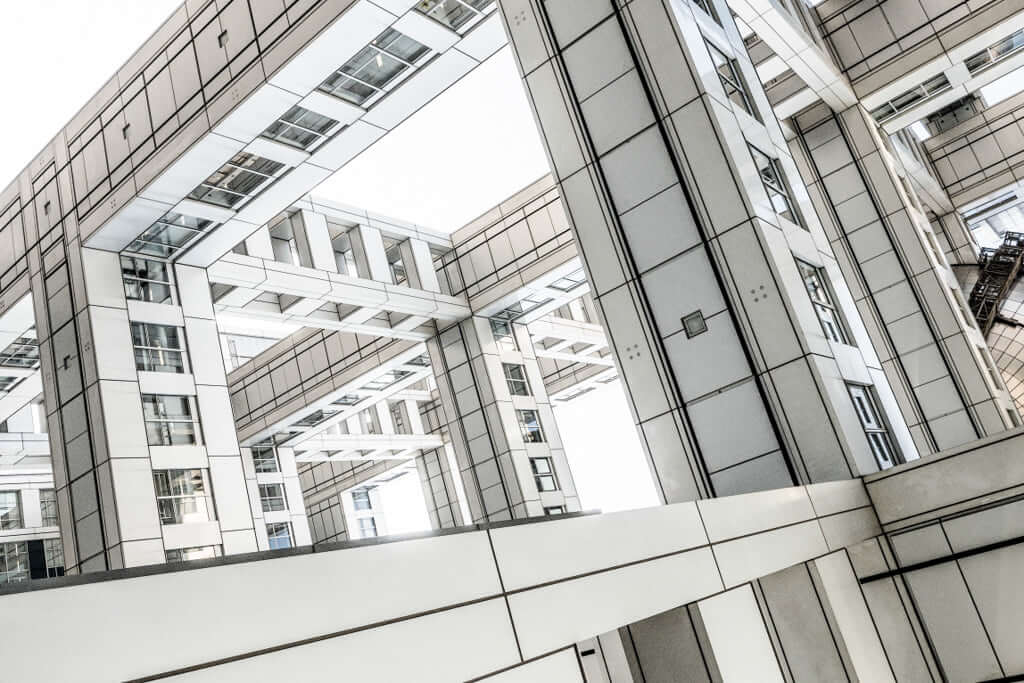 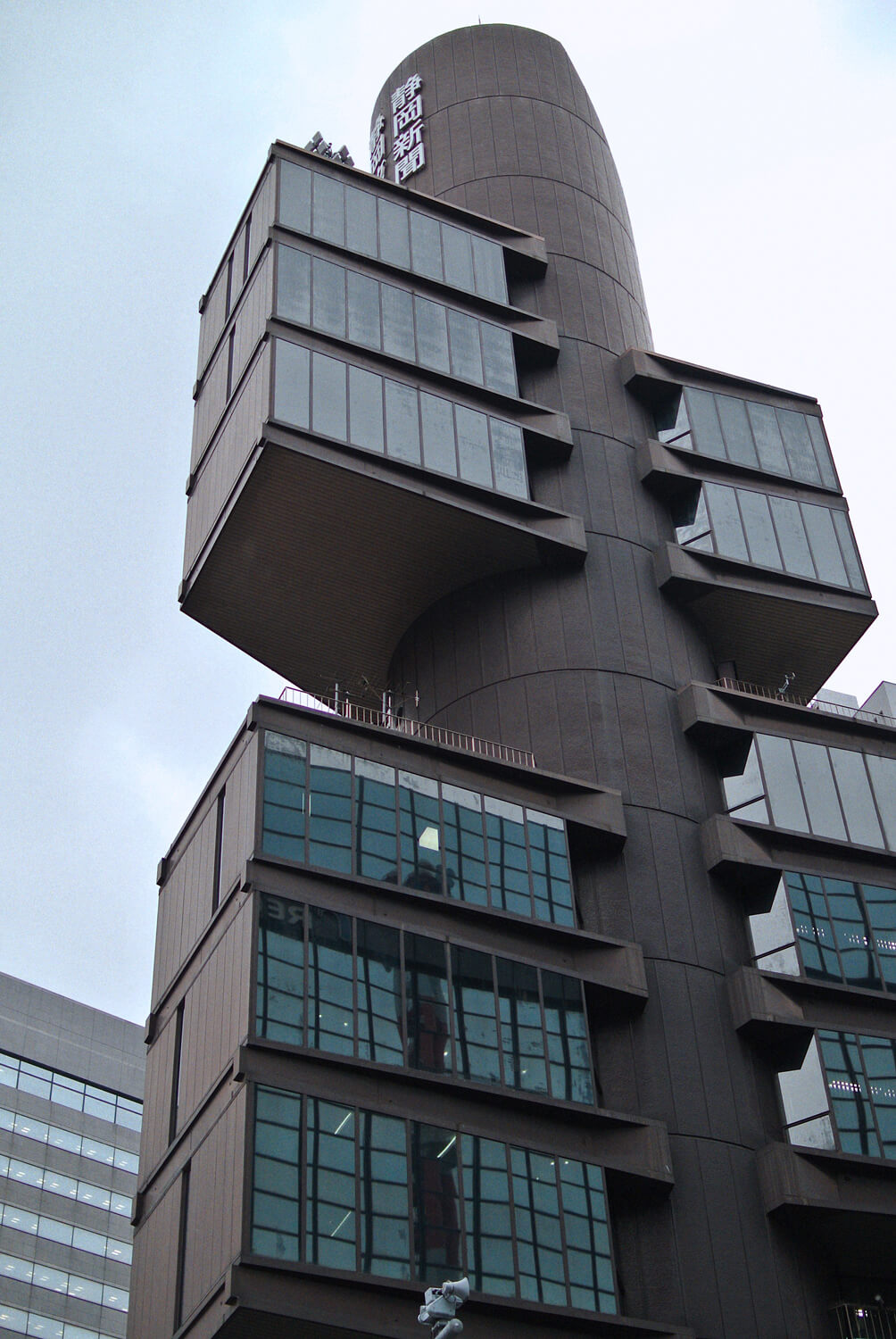 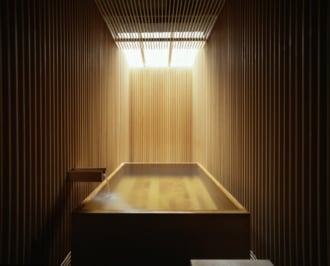 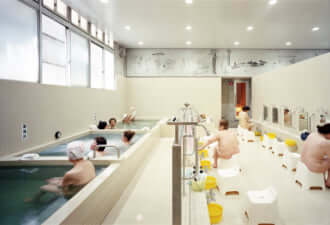 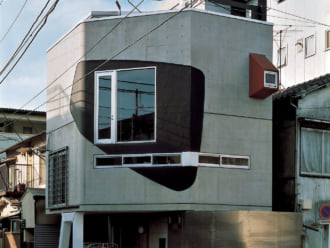