The LEXUS DESIGN AWARD 2020 Grand Prix Winner has been Decided

Bell Tower, a team from Kenya, conceived a piece of equipment able to store and make water that is safe to drink while also stimulating the local economy. 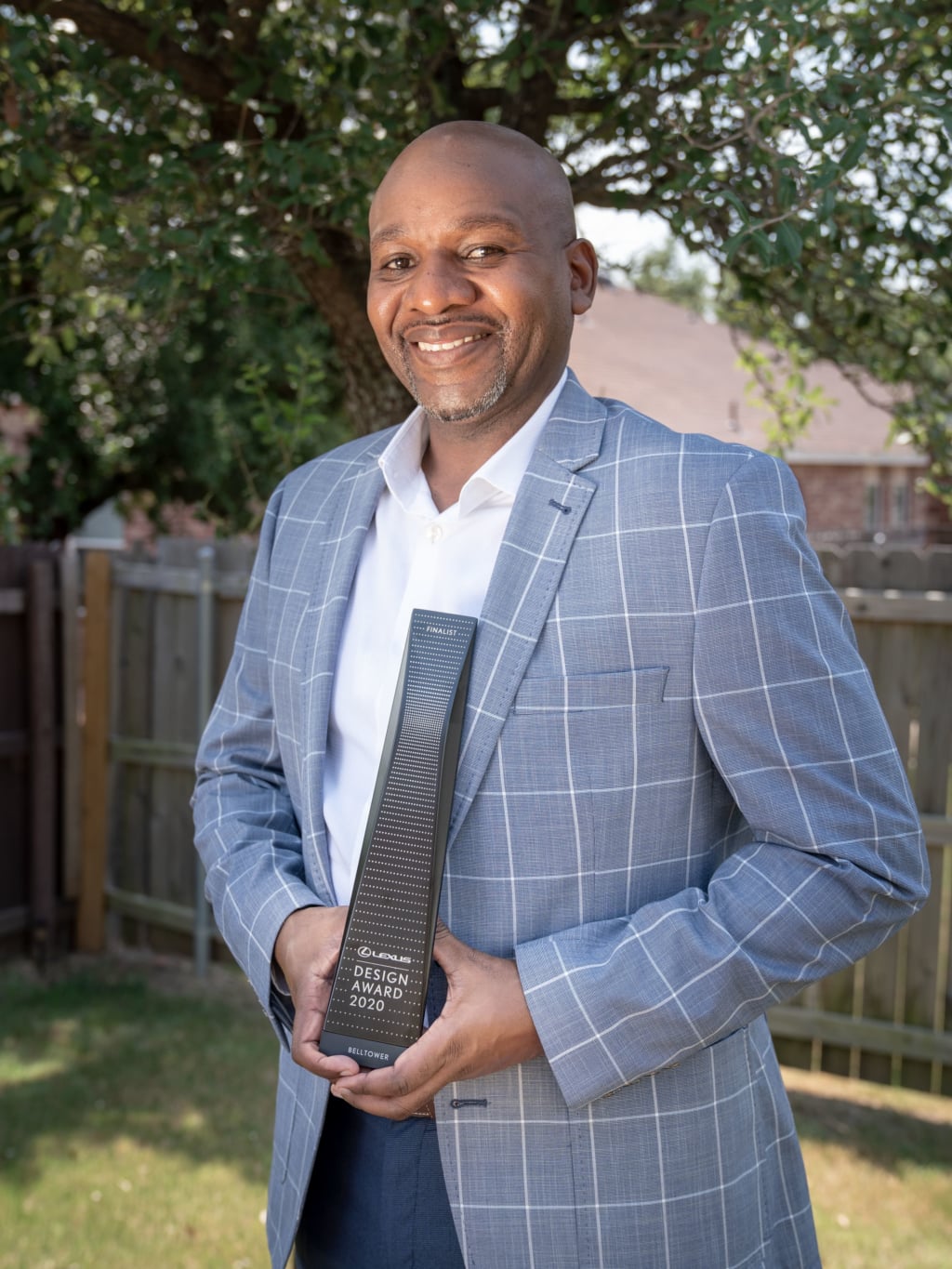 A member of Bell Tower, the Grand Prix-winning team of LEXUS DESIGN AWARD 2020.

LEXUS DESIGN AWARD, established by Lexus in 2013, is an international design competition that aims to foster ideas that contribute to society, as well as to nurture and support creators around the world. Using learning as a source of growth for the finalists, Lexus continues to discover and support new talent. This year’s competition has concluded, showcasing designs that contribute to society, both by anticipating social issues and people’s needs, and also by presenting solutions. After a record number of submissions and months of development by the finalists, the Grand Prix Winner has now been announced. 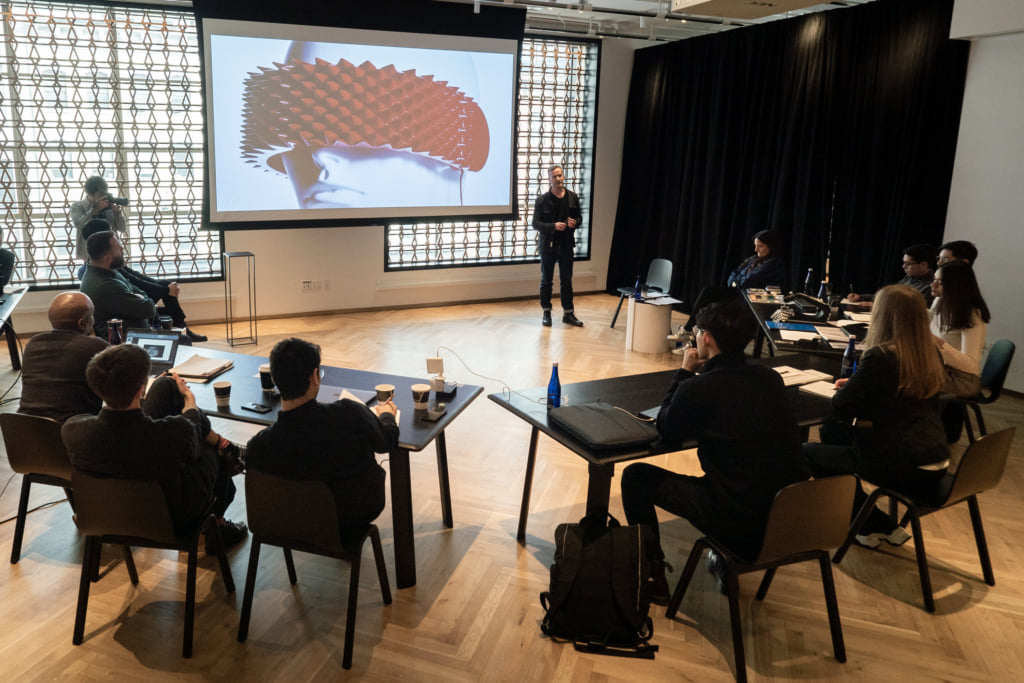 The Finalists produce prototypes under the guidance of mentors who work actively on the front line.

The points considered most important when judging the ‘LEXUS DESIGN AWARD’, under the theme ‘Design for a Better Tomorrow’, are how well the three basic principles for creating a better future – ‘Anticipate’, ‘Innovate’, and ‘Captivate’ – are embodied. The six selected finalists are able to participate in a two-day intensive workshop where they receive the direct guidance of four mentors who are globally renowned creators. After the workshop, the finalists work on their prototypes under continuous mentoring. The prototypes, which take several months to be completed, undergo a final screening by four prestigious judges, where only one is chosen to win the Grand Prix.

This year marks the eighth year, with a record number of 2042 works submitted from 79 countries/regions. Every year, the Grand Prix Selection is held at Milan Design Week in April, but this year, due to the event’s cancellation, the Grand Prix Selection, including the concluding presentation of the finalists, as well as the question-and-answer session with the judges, was held online. 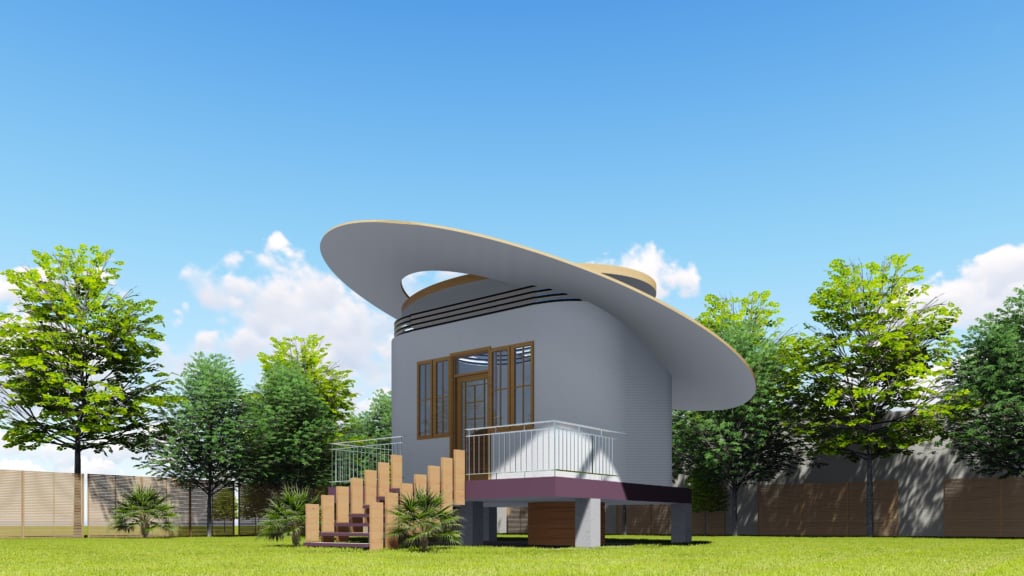 A model proposal for the Grand Prix-winning work, 'Open Source Communities'. Recycled resources are used as the materials, and the structure can be built in just ten days. Ideas such as a roof and open space that can move according to the weather are included. 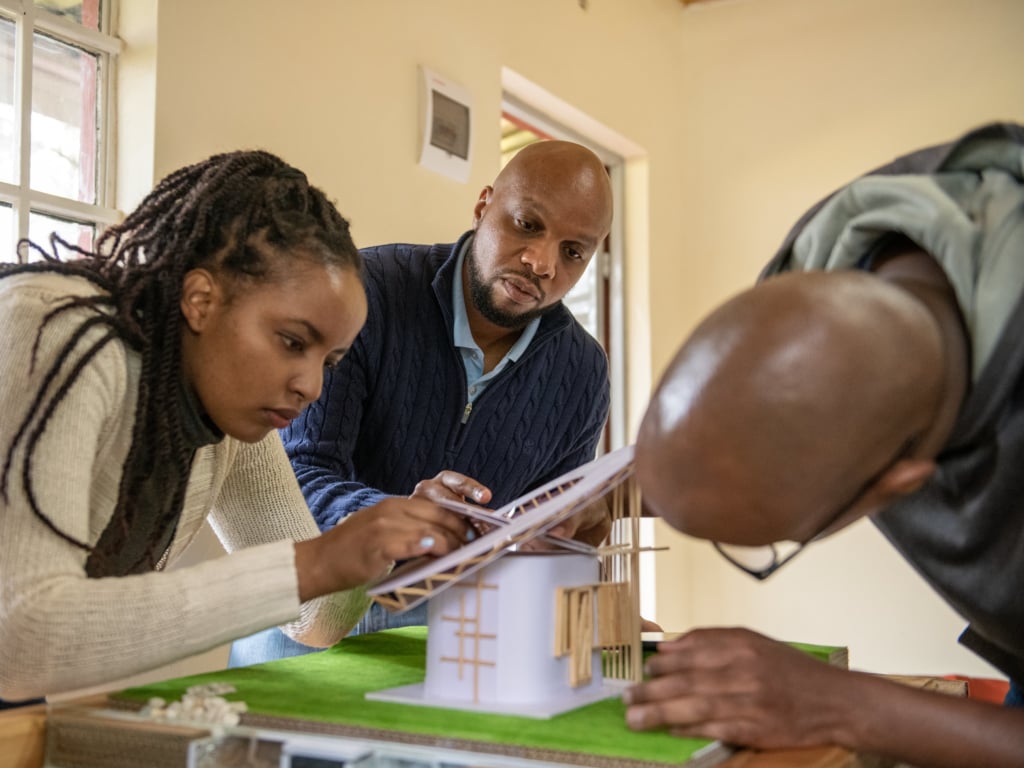 Bell Tower, the Grand Prix Winner, is a five-person design team founded in Nairobi in 2014. The team is working on building a community model that utilises open-source systems and technologies to meet the needs of individuals, companies, and industries.

The winner of this year’s Grand Prix is ‘Open Source Communities’ by Bell Tower, a design team from Nairobi, Kenya. The community design idea proposes to incorporate low-cost, high-quality open source systems and utilise storage tanks to solve the problems of poor sanitation in Kenya. The critical issues in the country are due to the deterioration of waterways and harsh working environments caused by a lack of water resources. ‘A proposal of feasibility and sustainability, the system does not simply store water and transform it into a safe resource for drinking, but also includes elements that will activate the economy of the community’, offering a scope of design that will improve people’s lives. The system was subsequently highly evaluated by the judges.

The other five groups selected as finalists also proposed innovative ideas that use design to solve various problems, such as a smart life-saving equipment system for use in flood disasters, and sewing machines that can be intuitively used by the visually impaired.

At INTERSECT BY LEXUS – TOKYO, located in Tokyo’s Minamiaoyama neighbourhood, six works by the past Japanese winners are on display from September 1st to 23rd. The interactive interior lighting ‘Inaho’ by Tangent, a group led by Hideki Yoshimoto, the first LEXUS DESIGN AWARD winner in 2013, and other such award-winning works that have attracted worldwide acclaim, are exhibited.

In addition, Lexus is currently accepting applications for LEXUS DESIGN AWARD 2021. Focusing on social issues, new ideas that aim for a better future through the power of design and technology will be accepted until October 12th. 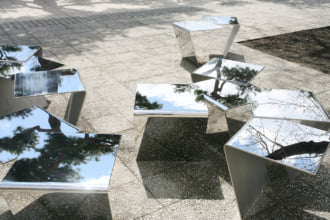 ‘in flakes’, The Reflective Design Benches 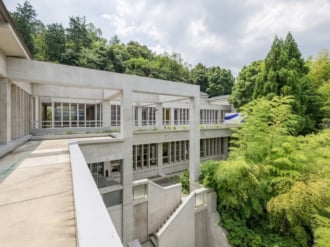 The Architectural Project Behind Villa Kujoyama 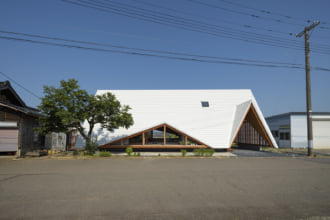 Takeru Shoji Architects Reinvent a House in a Remote Village