Nicknamed ‘The Fig’ by its owners, this four-seat coupe was only produced in 1991 and has achieved cult status in Great Britain. 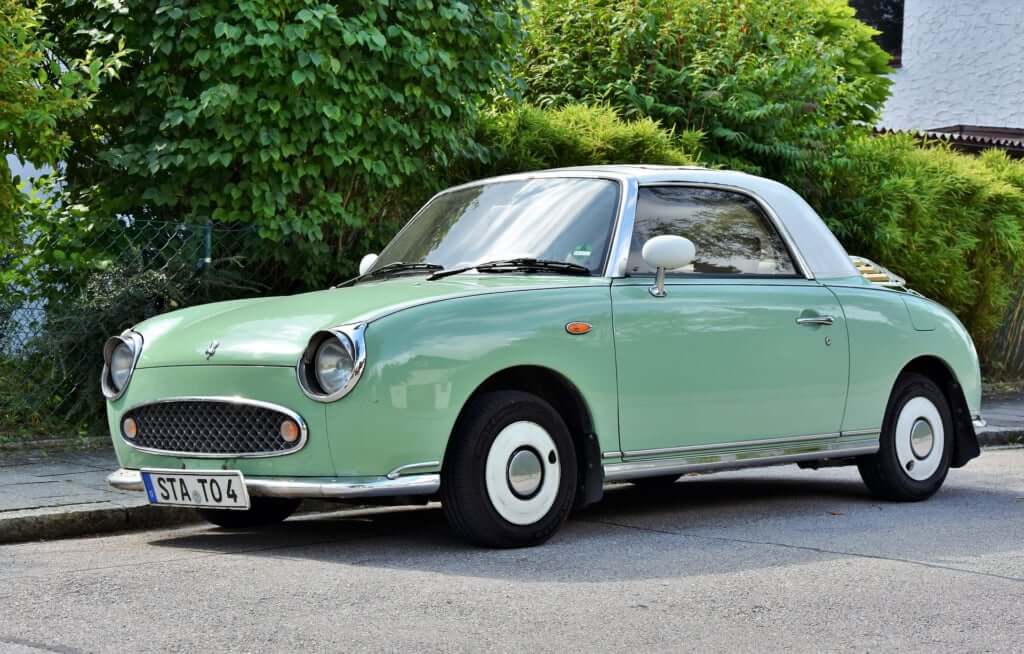 As the New York Times notes in a long article dedicated to the car, the Figaro is not so much a functional object as one of devotion. Perhaps it’s the fact that the design of the bonnet makes it look as if the car is smiling that means people treat these vehicles as if they were human, giving them nicknames like ‘Ms Figgy’ or ‘Lady Grey.’ Figaro fans often own more than one, too.

In Great Britain, the car is loved for its personality and eccentricity. In pastel colours (Mist Topaz, Emerald Green, Pale Aqua, and Lapis Grey to be precise, with each colour referring to a season) and with a white passenger compartment, this curved city car is miniature in size. It is both elegant and pleasant and has a large sunroof that opens fully.

Despite its toy-like appearance, the car offers all the modern comforts (for the early 90s at least): CD and tape player, leather seats, electric windows, power steering, chrome-plated accessories… There isn’t a huge amount of space in the back, but enough for it not to be a problem.

As the car manual is only available in Japanese, it’s fair to say that nobody at Nissan expected the car to be such a success. In 1988, they only intended to produce 8,000 copies of the car, and aimed it at an exclusively Japanese audience. But the Figaro was quickly adopted by celebrities (including Eric Clapton, who brought one back with him from Japan), a further 12,000 were made, and so considerably did demand exceed supply that lots were drawn to determine who would get one.

Precursor to the ‘neo-retro’ movement

The New York Times explains the success of the car by way of economic analysis; the fact that few eccentric cars were available to purchase in Great Britain left room for the importation of products. The car may have also won over the British public for a very pragmatic reason: the steering wheel is on the right, like in English cars. It’s also simpler–and therefore less expensive–to approve.

At the start of the 90s, Nissan also launched the BE-1, the Pao, and the S-Cargo alongside the Figaro. At the time, it became the forerunner of the ‘neo-retro’ movement that would, years later, see the reissue of old models of car (Mini, Fiat 500, etc.). The car might not be spotted in the USA, however, as it was banned until 2016 for not conforming to environmental and safety rules. 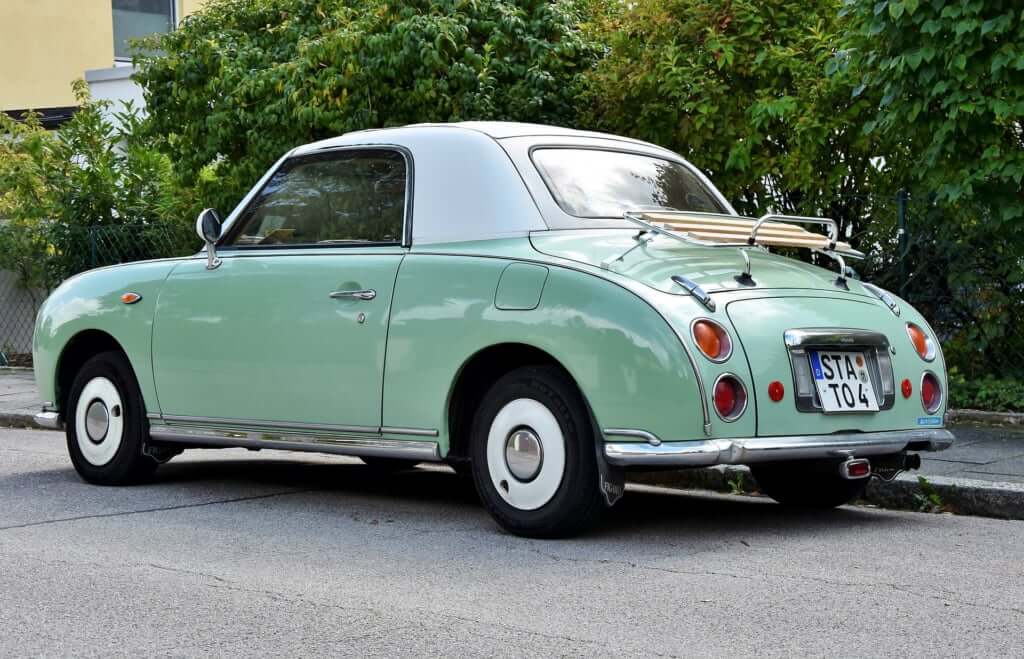 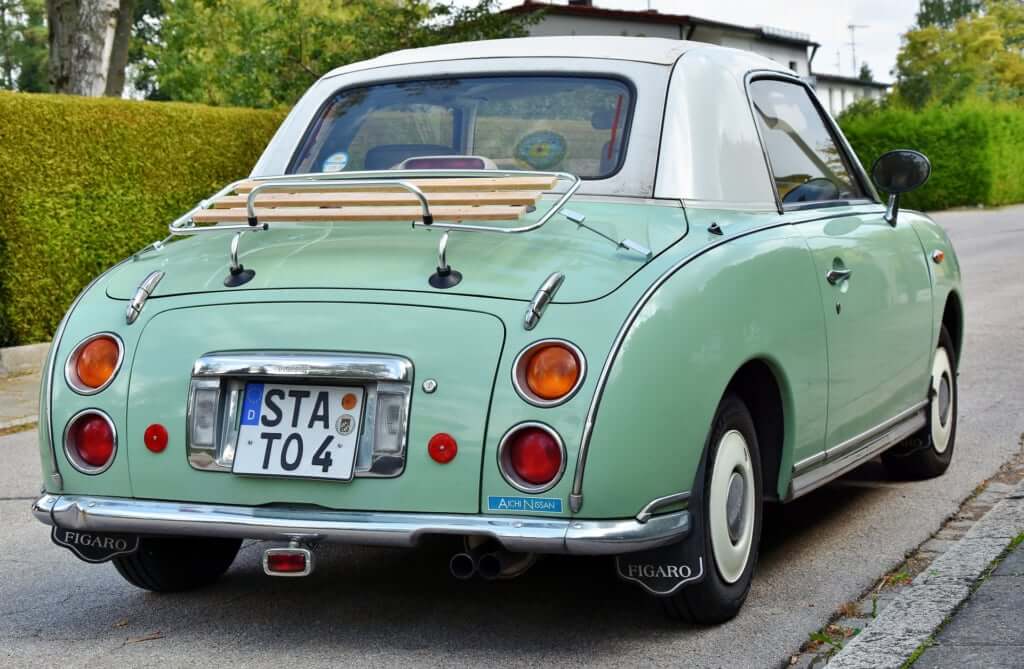