The Luminous Axis of Peace by Hakuten

This monument, located in Yokosuka Central Park, was constructed on the site of a former military fortress. 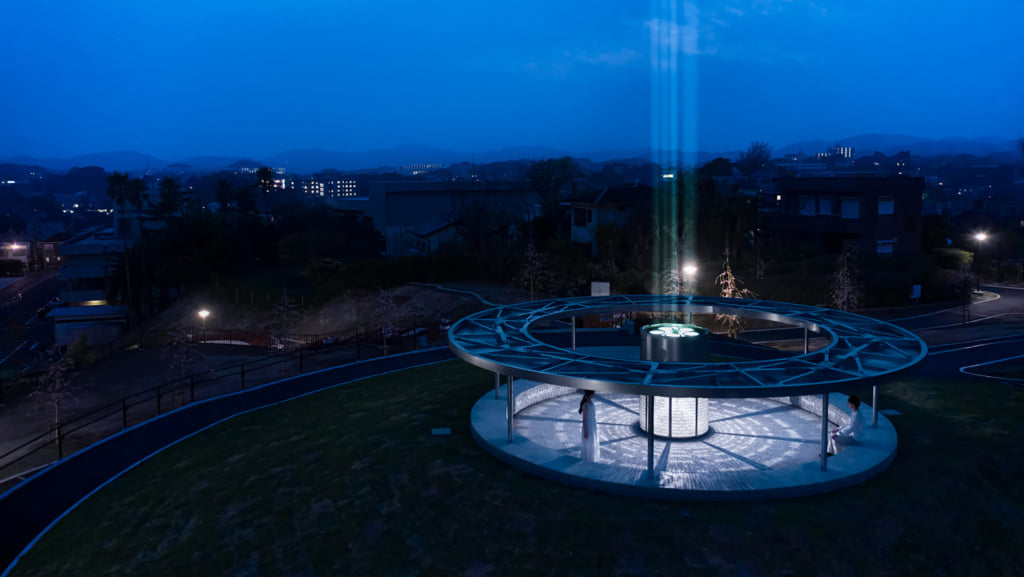 In Yokusuka Central Park in Kanagawa Prefecture lies the Axis of Peace, a monument that covers an area of 77 square metres and that was built in 2021 by the design firm Hakuten, based in Tokyo.

During the Second World War, the site was used as a military fortress by the Japanese army. Today, the public garden commemorates the Declaration Calling for the Abolition of Nuclear Weapons and the Status as a City of Peace. In conjunction with this tribute, the builders constructed, on a former weapons emplacement, a structure in the shape of a circle, symbolising pacification. When night falls, it transforms into a turret that projects a beam of light, over one thousand metres long, towards the sky. Designed to be powered by a generator, the axis serves as a lighthouse for the citizens, or an evacuation site in the event of a natural disaster.

A trace of humans and the past

The Axis of Peace combines innovative techniques and elements from the past. Prior to its construction, research was carried out on the site to find memories of the land. Thus, existing bricks were used as a base for the pillars. A cherry blossom, the city’s crest, created using a 3D printer, is engraved on the structure.

For Hakuten, this is more than just a monument; it is about the creation of a new landscape. Thus, the edifice illustrates the desire for lasting peace through the ceiling and central pillar, which are decorated with modest circles. These shapes were hand-drawn by the residents of Yokosuka, then punched with a laser, along with the word ‘peace’, translated into several languages. The beam of light causes these different elements to be reflected on the ground and to blend with the light from the houses situated at the bottom of the hill. The turret aims to bring people together, but above all to convey the importance  of connections between humans.

The Axis of Peace (2021), a project by the firm Hakuten, can be viewed on their Instagram account. 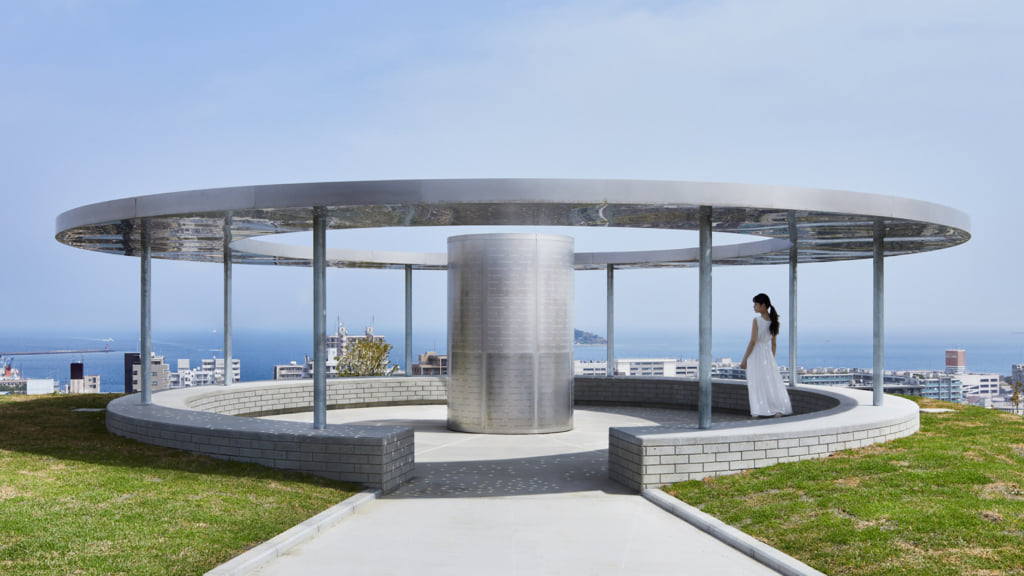 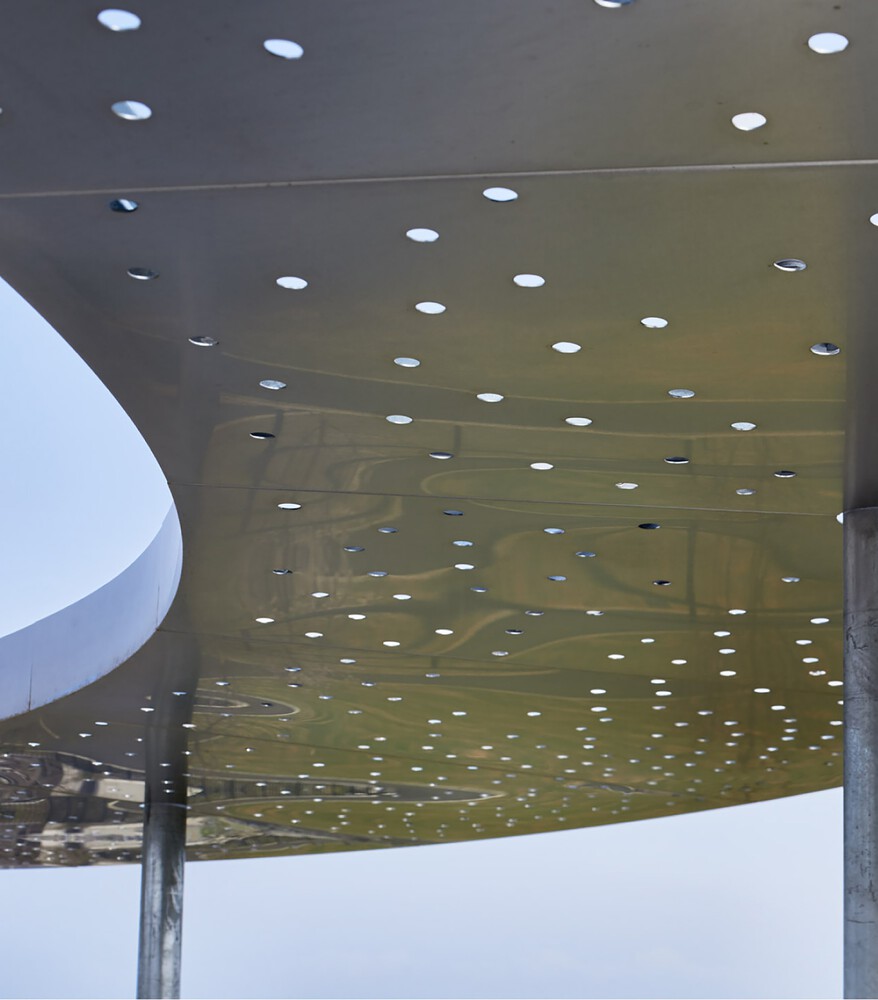 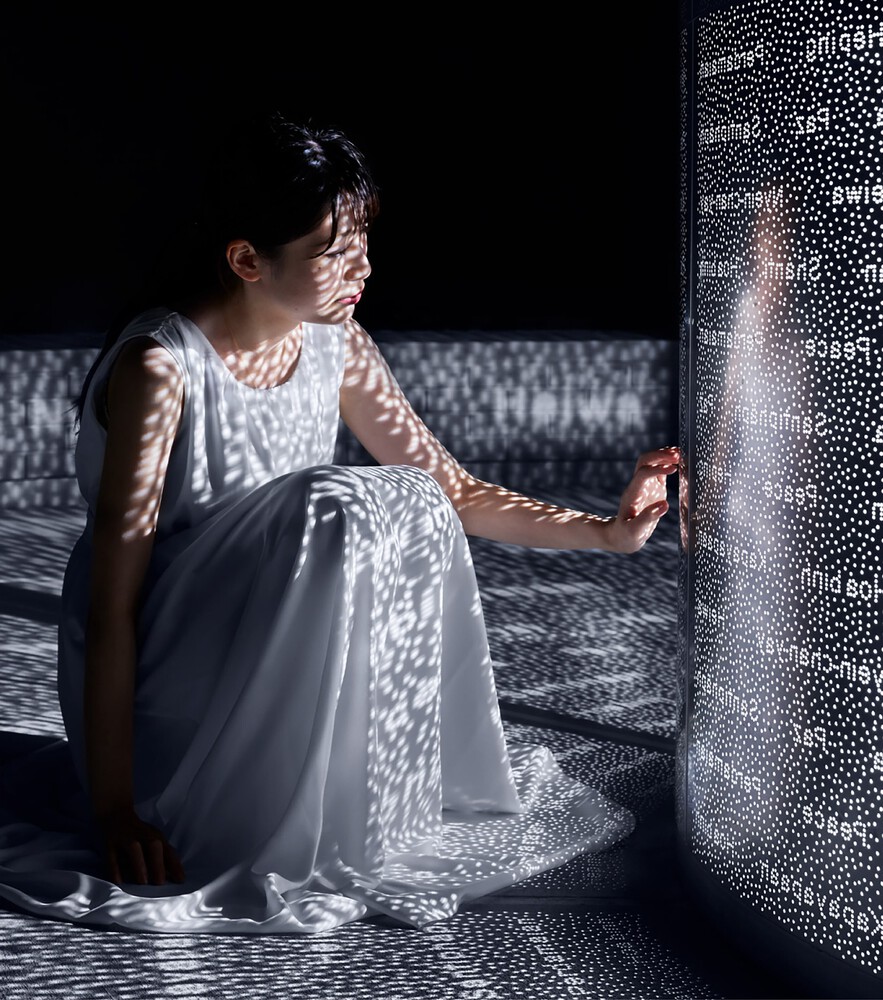 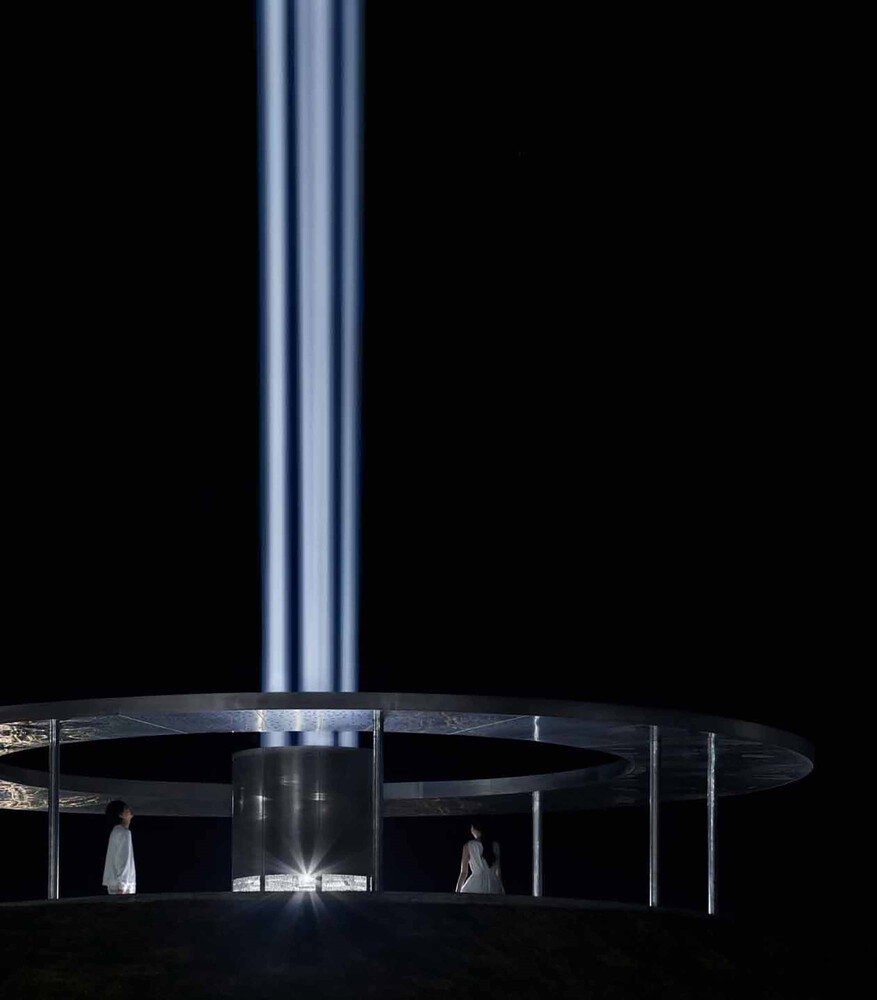 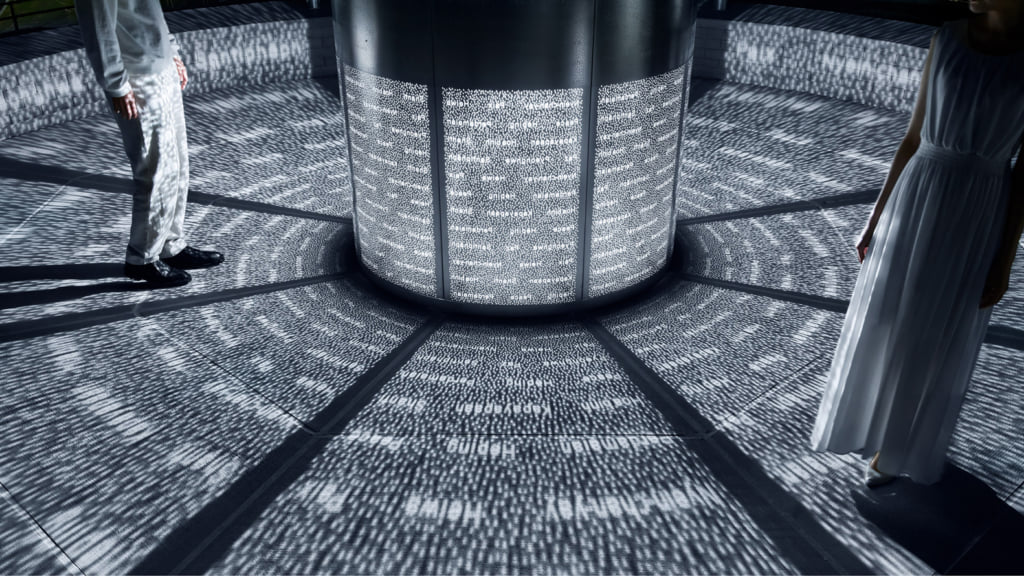 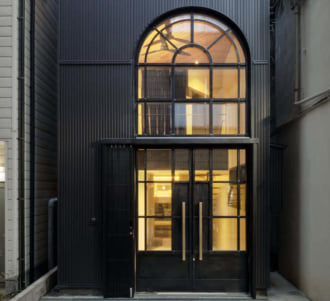 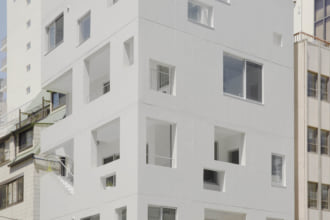