A Unique Dining Experience at the Foothills of Mount Takao

Just one hour from Tokyo, a slice of authentic Japanese history awaits diners in the countryside.

When thinking of the natural beauty of Japan, most would turn their minds to the country’s former capital of Kyoto. However, nestled in the peaceful environs of Mount Takao, Ukai Toriyama—belonging to a restaurant chain well known in Japan—proves that there are hidden spots of nature within a short distance of Tokyo. Consisting of a series of traditional huts decorated with moss-covered water wheels and separated by babbling streams and curved bridges, the charcoal-grill restaurant is just one hour away from the capital’s city centre. 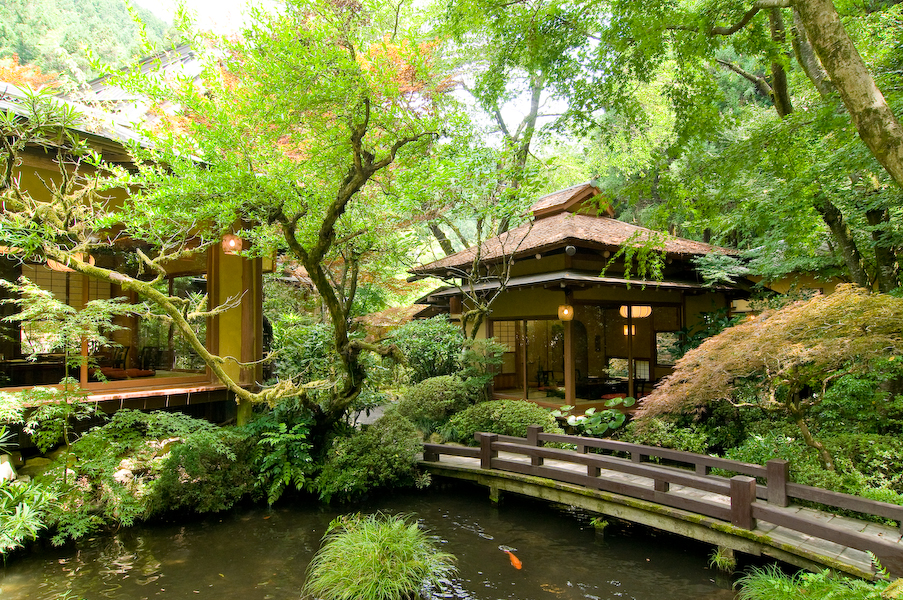 When the restaurant was founded in 1964, the menu focused on wild birds, but in recent years, the specialty has become chicken, prepared in one of two ways: irori-style, cooked over a sunken hearth (irori in Japanese) and flavoured using the teriyaki method, which combines the sweetness of sugar with the savouriness of soy sauce; and sumibiyaki-style, in which the chicken is thinly sliced and flavoured with sesame oil and yuzu pepper. Serving a course menu only, Ukai Toriyama treats guests to appetisers of wild plants, followed by hot pot, then grilled vegetables—such as shiitake mushrooms and shishito peppers—grilled meat, and finally—the traditional rounding-off of any Japanese meal—rice. 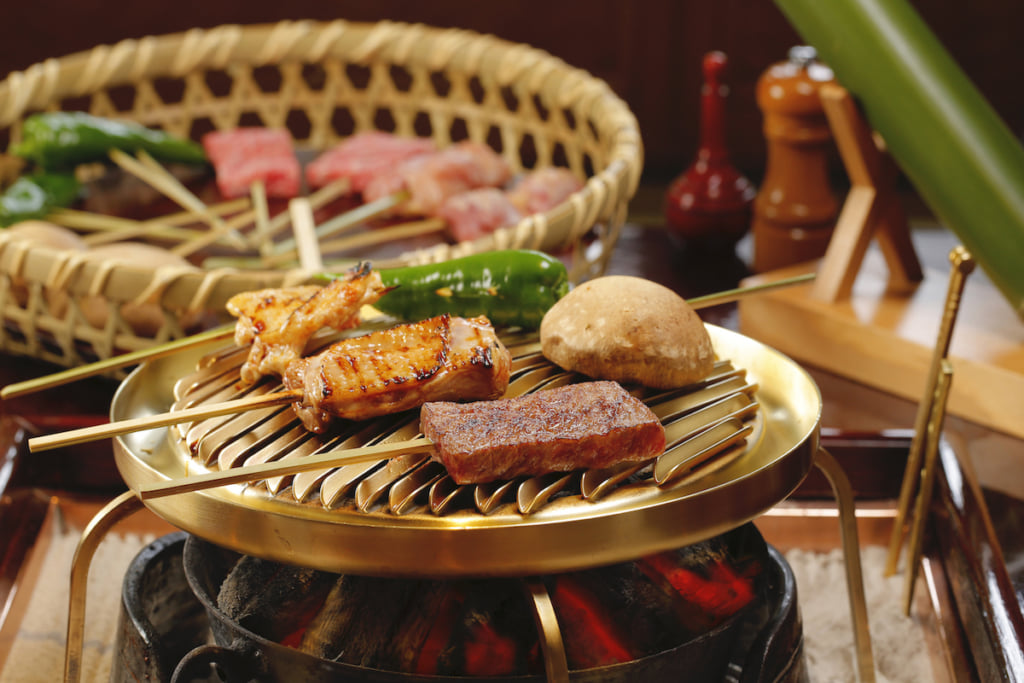 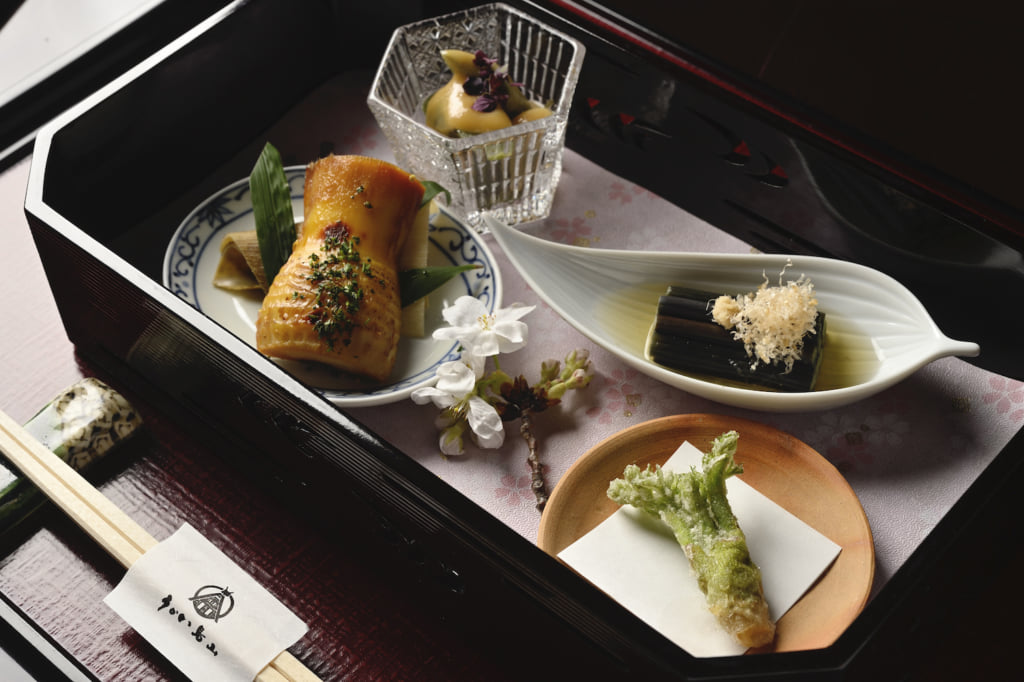 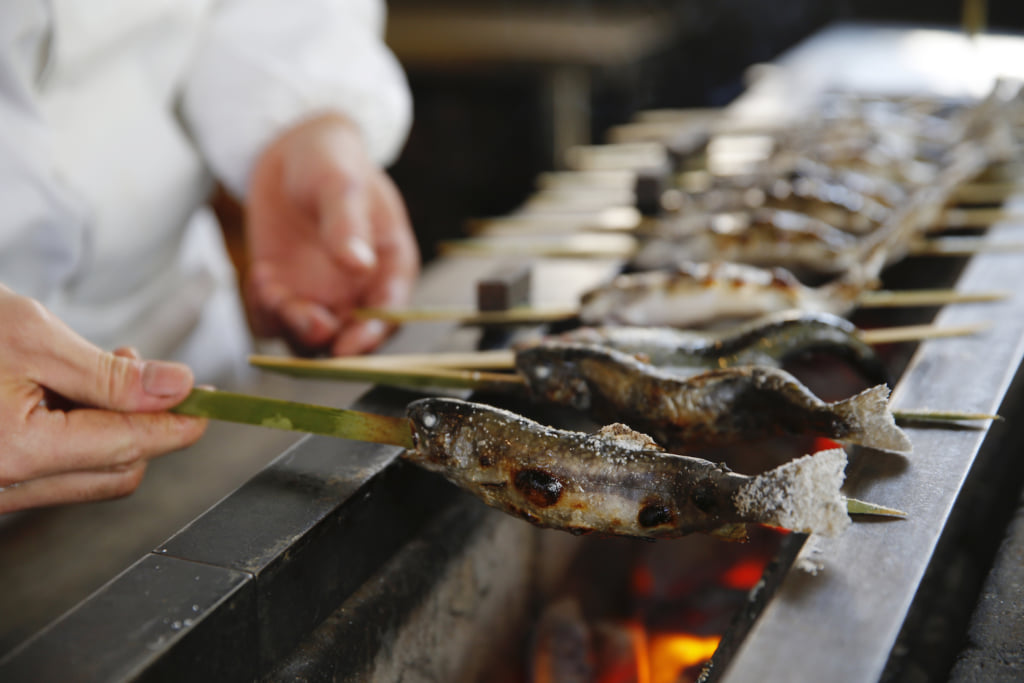 With the outdoor scenery being a key element of the dining experience, dishes are designed to match the season. This is particularly noticeable at Ukai Toriyama’s neighbouring partner restaurant, Ukai Chikutei. Here, in spring, bamboo shoots take centre stage, whereas in the early summer, the leaves of the magnolia tree are used to create the popular Hida-Takayama dish, hobayaki. The goal is to provide guests with all the blessings of the satoyama (mountain woodland), while allowing them to taste dishes from across the length and breadth of Japan. 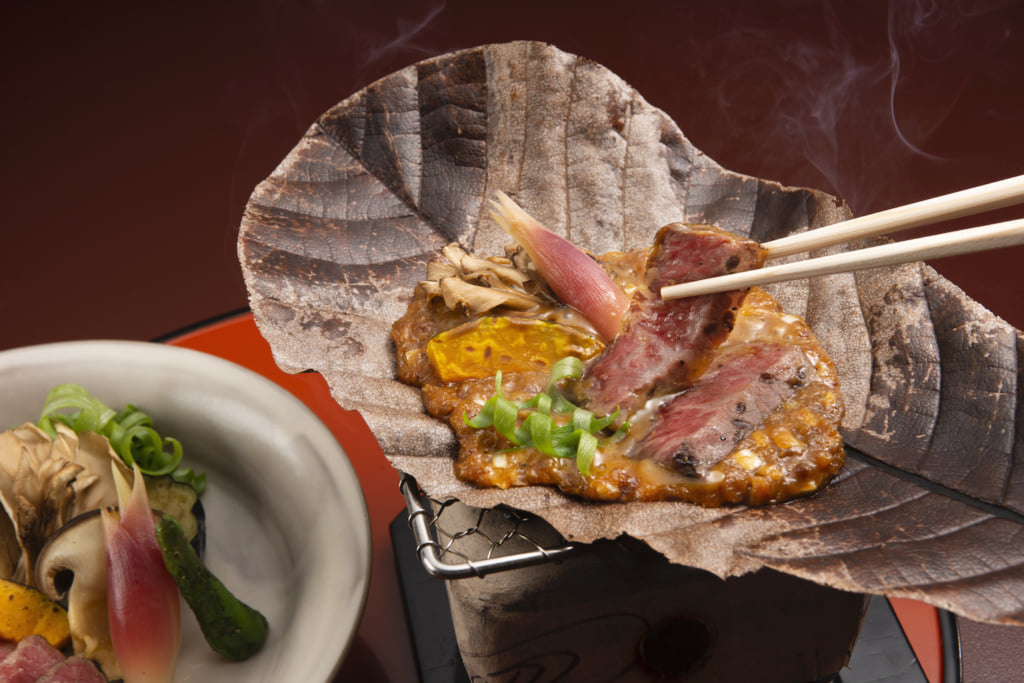 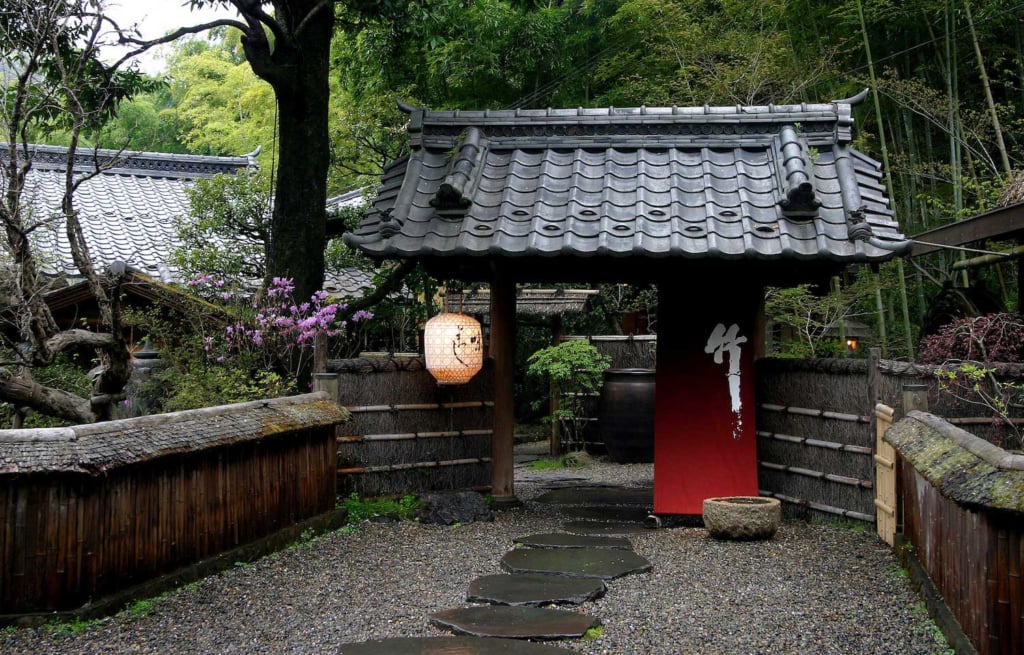 Shrouded by cherry-blossom trees and Japanese maples, Ukai Toriyama is a sight to behold in spring and autumn alike—in the former for its canopy of pink sakura, and in the latter for its crimson foliage, known as kouyou in Japanese. What is more, in the winter months, the huts and their surroundings are blanketed by snow, allowing guests to enjoy a view of a winter wonderland as they eat in the warmth of their private rooms. 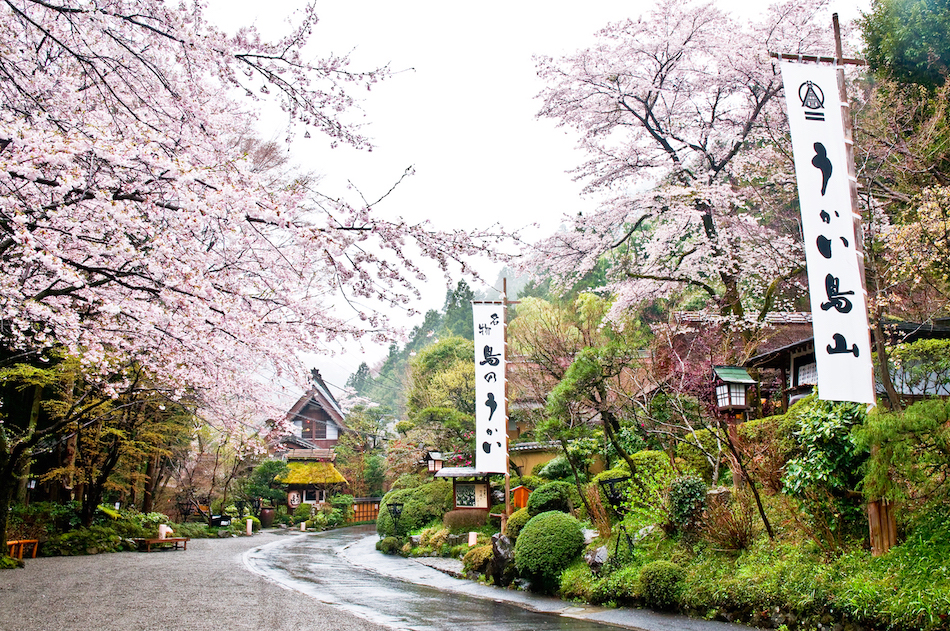 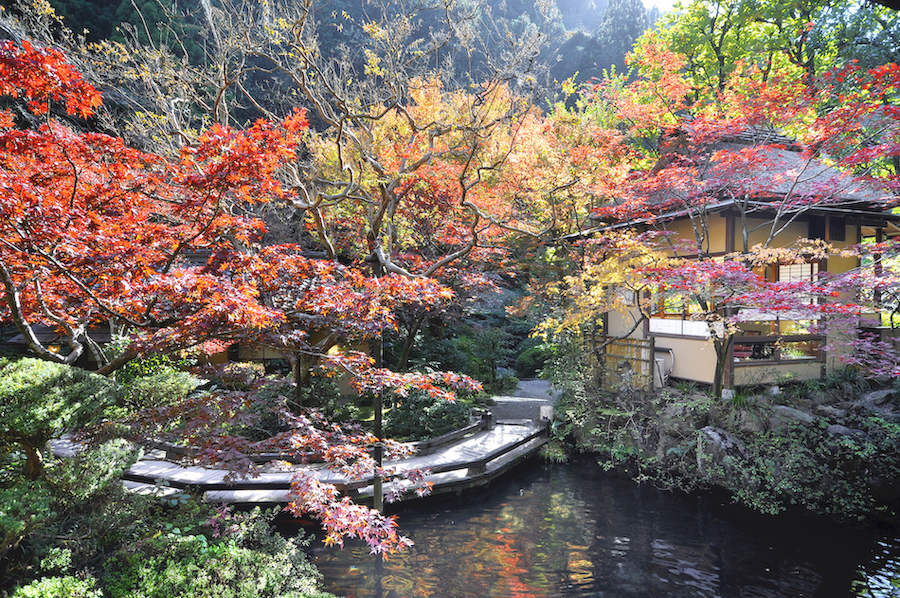 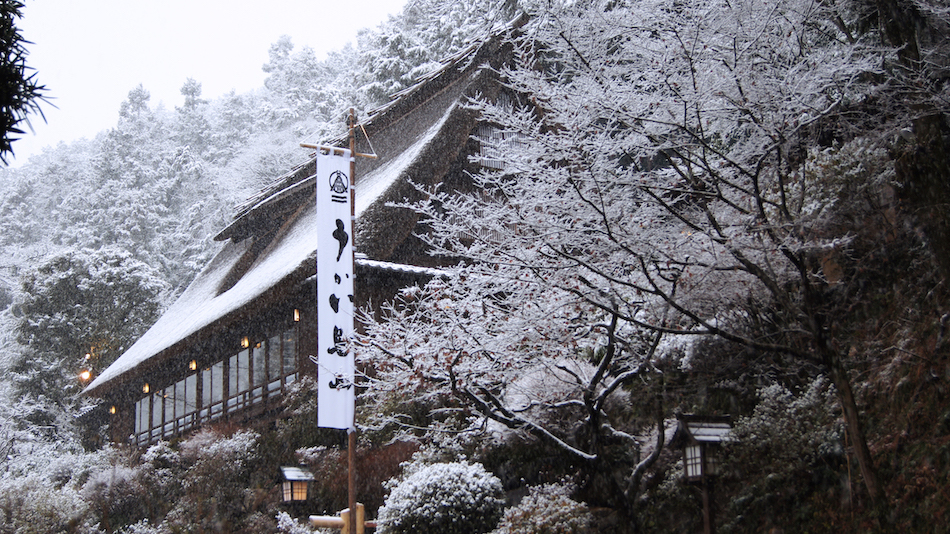 A unique attraction of Ukai Toriyama is the appearance of fireflies in the summer months. Running from June to August, the firefly event has been so popular that it has been held for over 40 years. At around 8pm, when guests have just about finished their meal, the lights are turned off and the glow of the fireflies begins to become visible. The insects have even been known to fly inside the huts, to be cupped in the hands of the delighted diners. Guests can also take a stroll through the gardens and enjoy spotting the lights of the fireflies as they wax and wane amongst the bushes and trees. 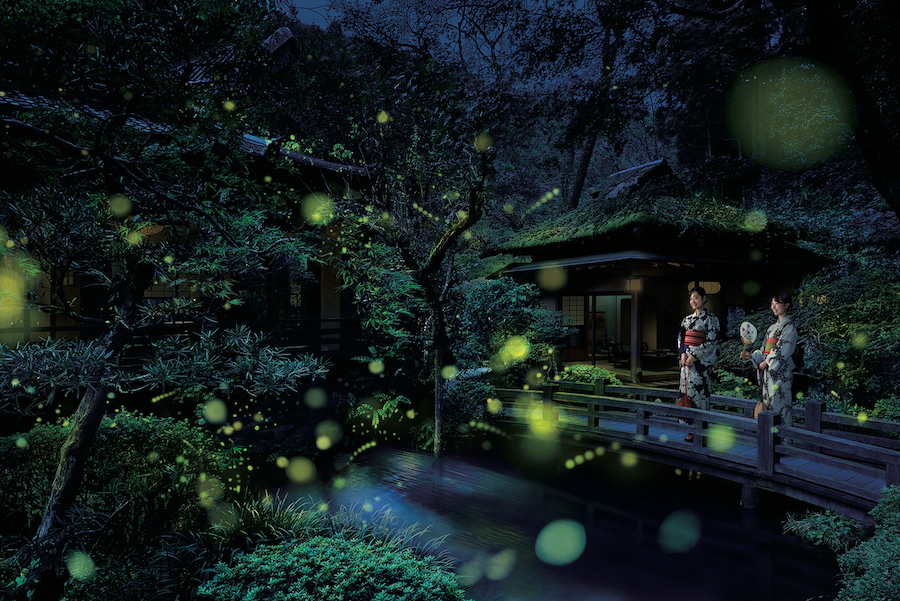 Regardless of the season, Ukai Toriyama attracts customers not only for its cuisine, but also for its characteristic architecture, with a major appeal being the relocated Gassho Zukuri-style traditional thatch building. Inside, remnants of the building’s original purpose—sericulture—can be seen alongside samurai armour and other historical artefacts. The building can be used for wedding ceremonies, seating up to 50 guests. The smaller buildings are equally accommodating; when the restaurant was originally conceived, there existed only four buildings, but now it boasts a total of 38, with a capacity of approximately 550 people. 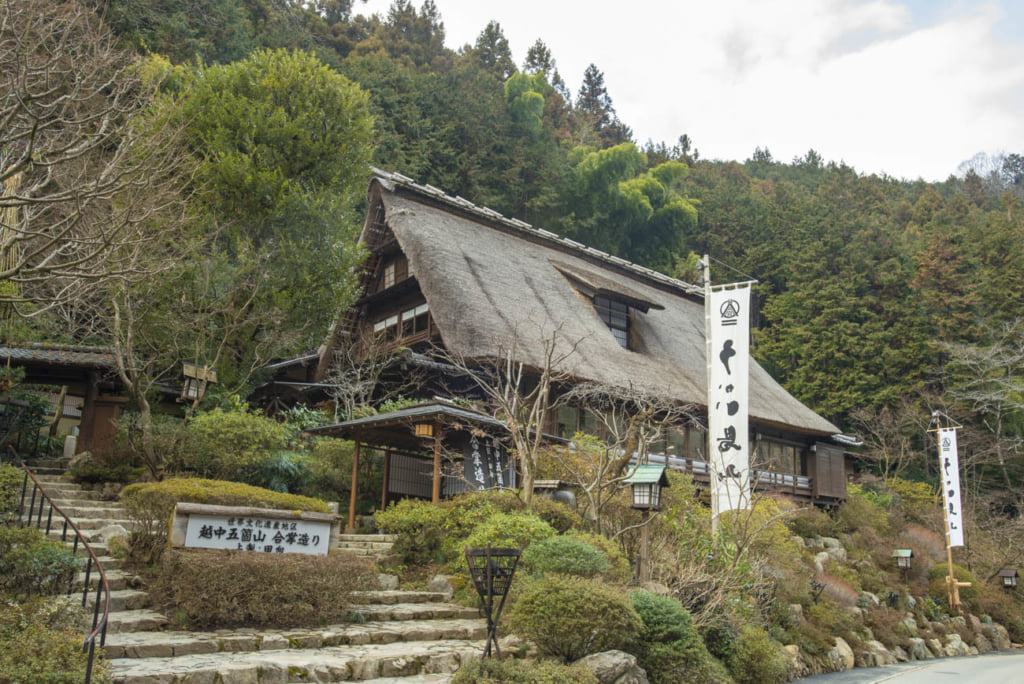 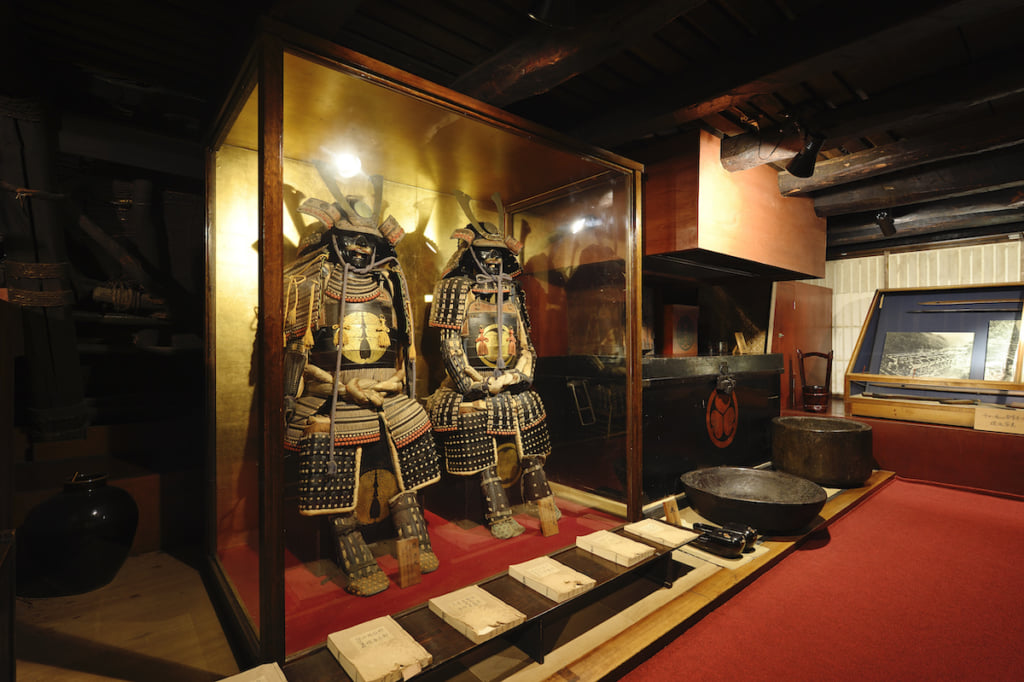 It is not just the quality of the food that sets Ukai Toriyama apart, but also the way in which it is served. Taking teppanyaki one step further—a favourite national dish in which chefs grill food in front of diners—at Ukai Toriyama, guests are able to grill their own food at hot plates specially installed at each table. Conveniently located at the foothills of Mount Takao, visitors can drop by after a day of hiking and reward themselves with a hearty meal, relaxing in the privacy and serenity offered by Ukai Toriyama. 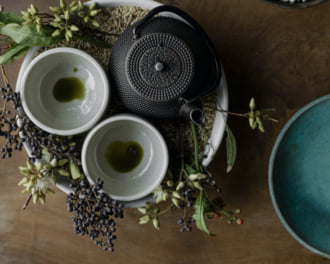 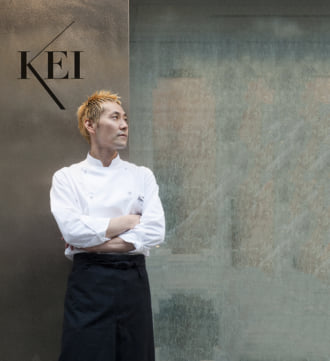 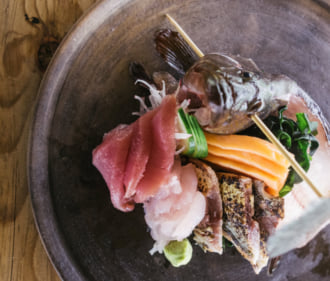