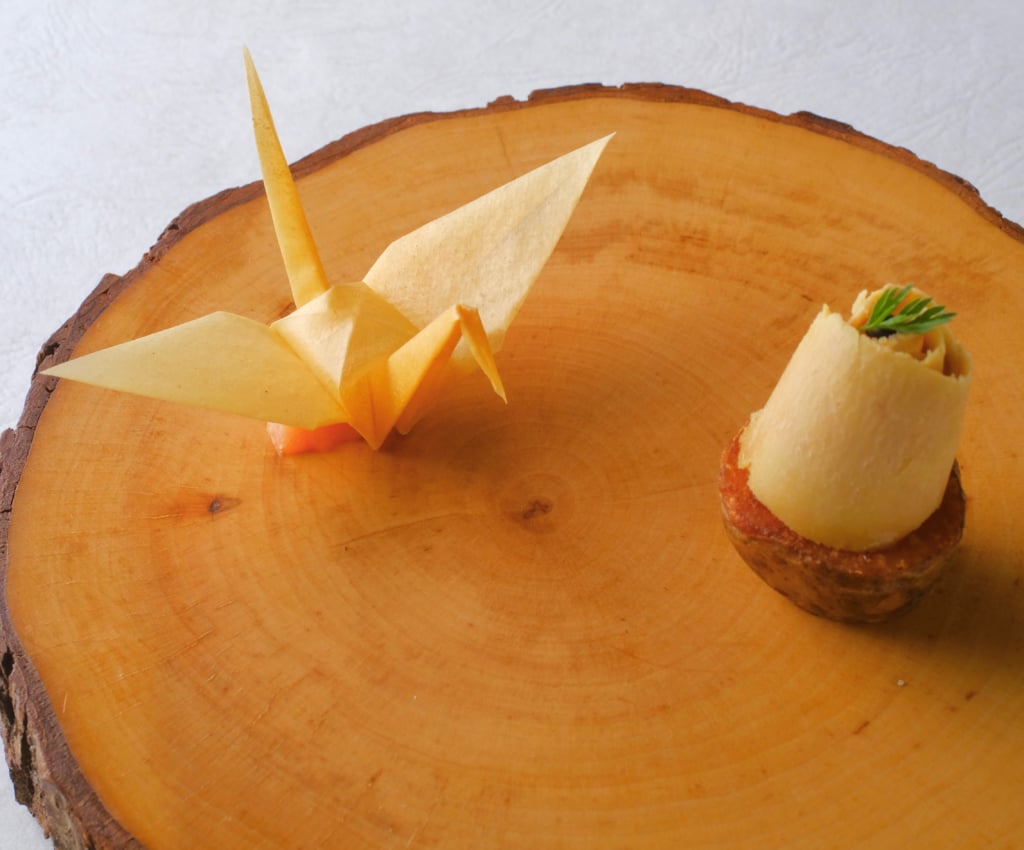 In a setting with japandi-style decor that blends Japanese and Scandinavian inspirations and where wood and concrete coexist, chef Koichi Hashimoto orchestrates a sumptuous culinary ballet for lunch and dinner. Gourmets have only one instruction to follow: arrive on time.

The chef and his brigade take care of all the rest, with a self-imposed obligation: to surprise their diners. Each season, the ten to twelve dishes on the omakase-style menu, a term that can be translated as ‘I leave it to you’, are redesigned.

An initiate to molecular gastronomy

Born in Osaka, Koichi Hashimoto took his first steps in the kitchens of the restaurants and hotels in his home city before training in the principles of French cuisine. It was at El Bulli, however, an institution of molecular gastronomy, that he made his mark.

After a season working at the Catalan restaurant, he joined the teams at the Tapas Molecular Bar at the Mandarin Oriental in Tokyo. In 2014, Koichi Hashimoto struck out on his own and opened Celaravird.

The unique service consists of a succession of diorama-like dishes, sometimes with a summer beach scene and other times a miniature Japanese garden. All of them are surprising: the stones in the garden are edible, as is the water droplet that appears to be floating on a giant lotus leaf. And this box containing traditional Japanese fireworks is edible too!

The restaurant, which was featured in the Japanese edition of the Gault & Millau 2021, only serves seasonal ingredients, selected by the chef. Thus, the lamb comes from the northern island of Hokkaido and the cheese from a small producer in Nagano, while the plates themselves are made by an artisan from Izu who works with porcelain.

Booking is obligatory and needs to be planned in advance as the restaurant is a victim of its own success. Koichi Hashimoto designed his establishment to be an intimate setting: there are two seats at the bar and 14 at tables, where all the diners sit down at the appointed time, 12 p.m. in the afternoon and 7 p.m. in the evening. All that remains to do is to admire the culinary ballet that unfolds before the eyes.

More information about Celaravird can be found on the restaurant’s website. 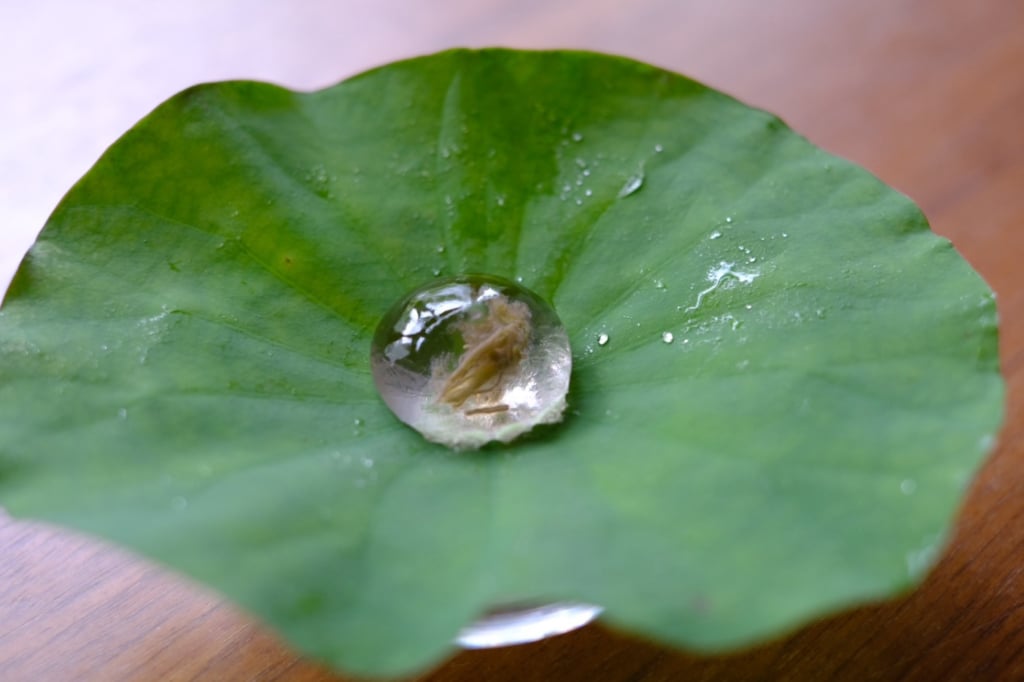 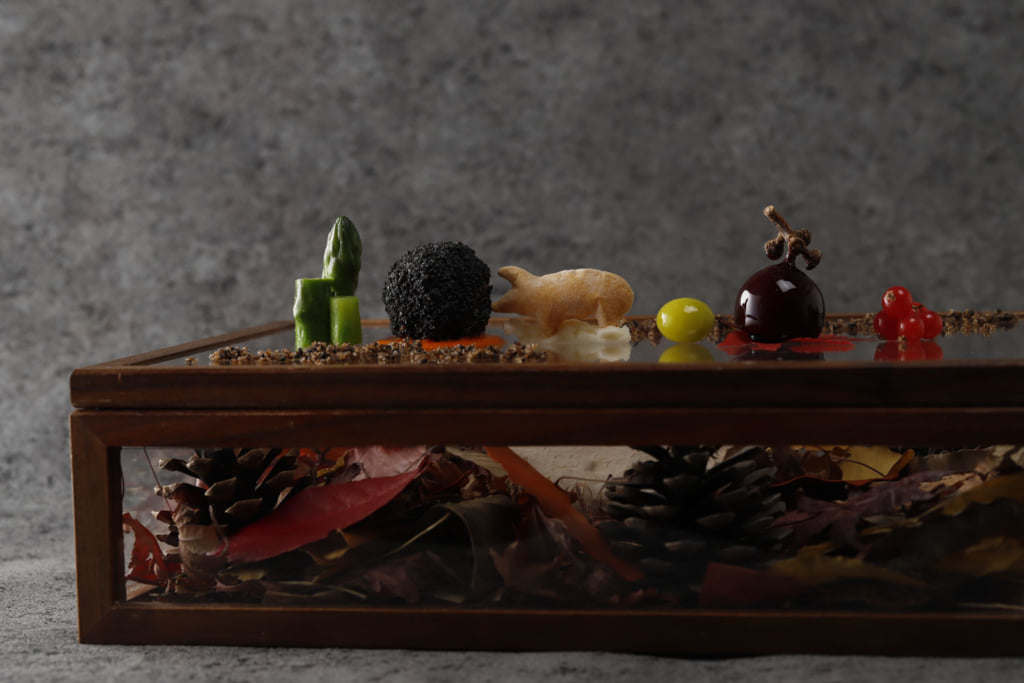 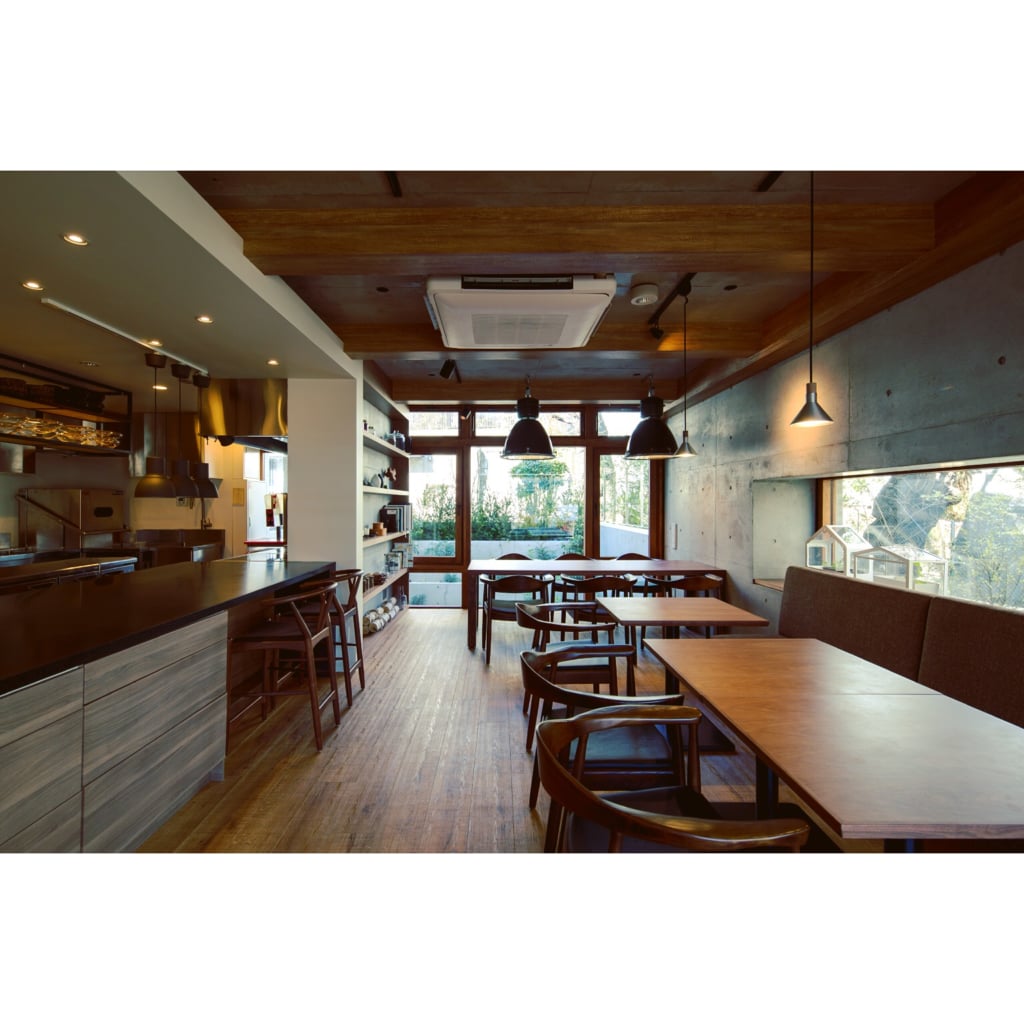 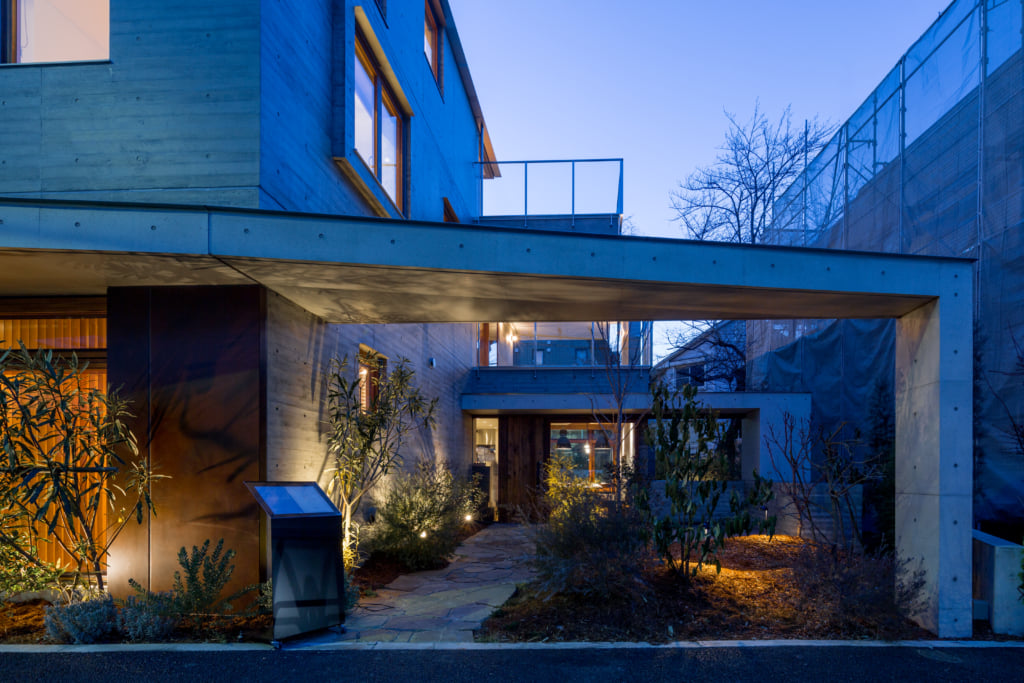 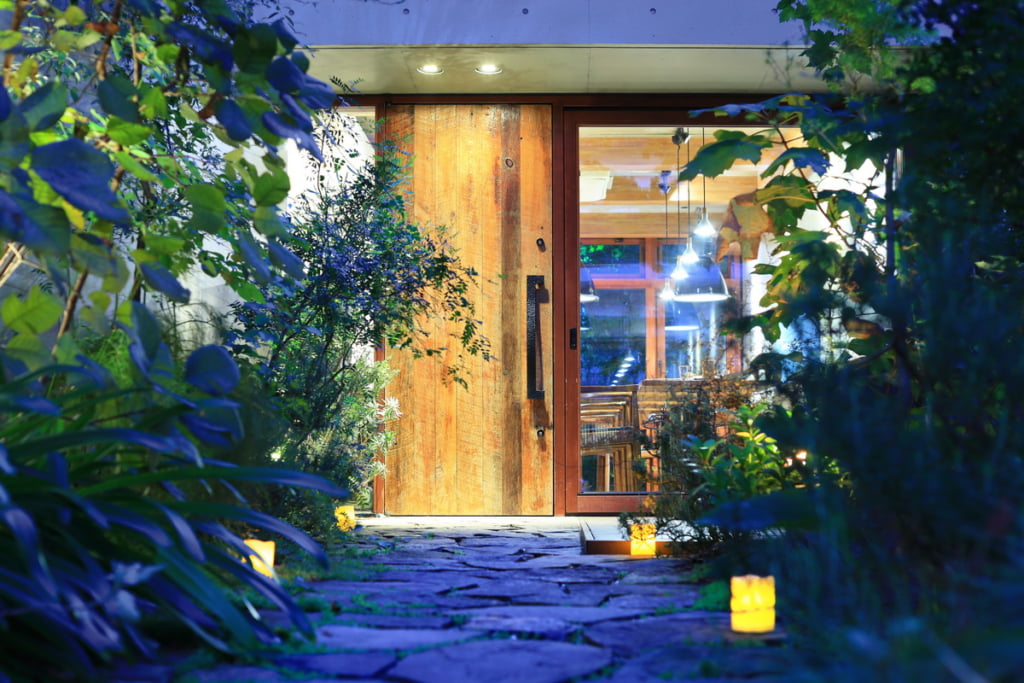