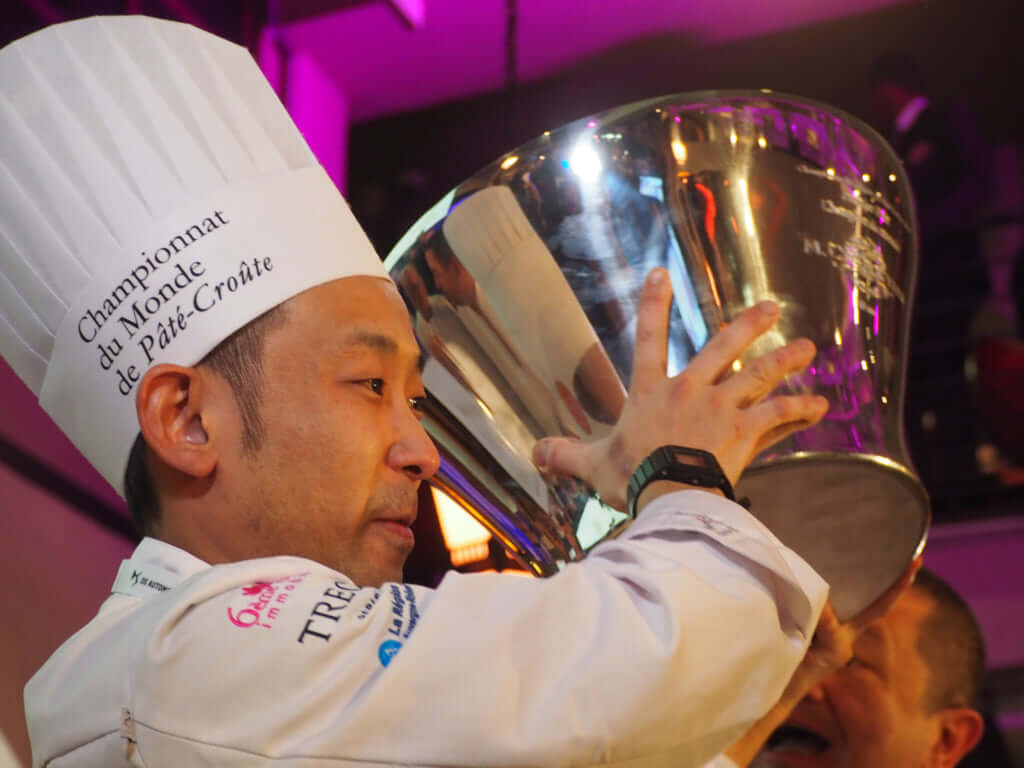 Every year, December is an eagerly-awaited month in French gastronomy. While many are preparing to revisit their gigantic Christmas dinner, for the past ten years, it’s the World Championship of Pâté-en-croûte that has been a more pressing interest for gourmets. After coming second in 2017, the great Japanese chef Osamu Tsukamoto was named world champion for 2019. In doing so, he beat Hugo Detroz-Gabert of the Cocottes de Christian Constant in Saint-Julien-en-Genevois (Haute-Savoie) and Ange Lelièvre from the Hotel George V in Paris to the top of the podium.

On the event’s tenth anniversary, the thirteen competitors were invited to the restaurant Le Selciys in Lyon’s Confluence district, in the 2nd arrondissement. This year highlighted the cosmopolitan nature of the candidates once again, with one Swiss, two American and two Japanese competitors. The thirteen chefs (just one of whom was a woman) faced a jury comprised of 25 people. For this 11th edition of the competition, three Michelin-starred chef René Meilleur presided over the proceedings. 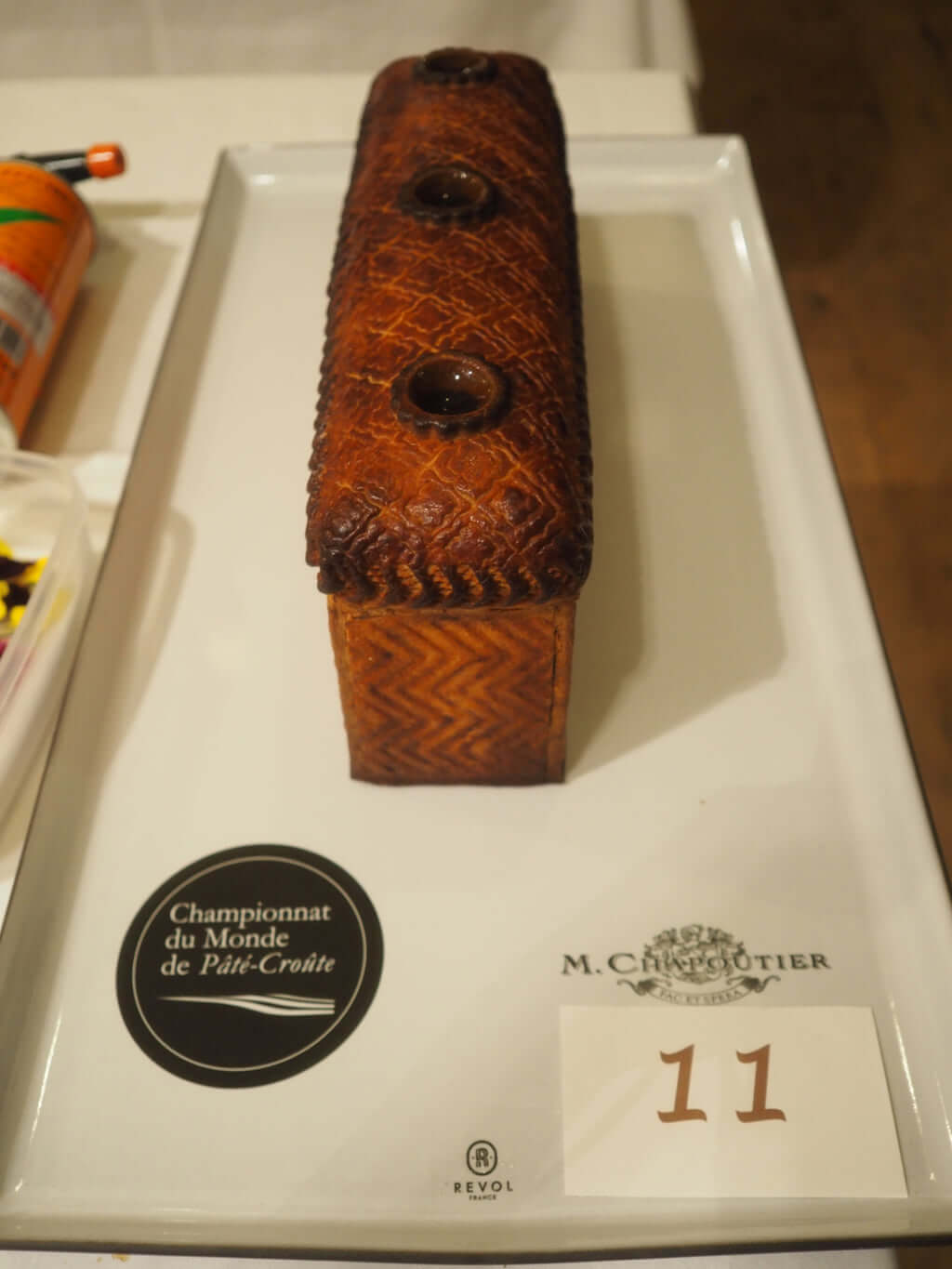 The suspense was palpable from 5 p.m., when the jury split into two groups to assess the candidates one by one. The first group was made up of just under twenty of the best craftsmen of France (meilleurs ouvriers de France, MOF), artisans and food writers. The second was smaller and made up of the ‘brotherhood’, comprising members from the region and of the team of sponsors.

Each jury member tasted each pâté-en-croûte in turn (numbered by drawing of lots) offered by the chefs, all of whom remained anonymous until the moment of deliberation at 9 p.m. that same day. The jury members tasted and judged each pâté-en-croûte according to very specific criteria and rituals. First, they assess the presentation of the piece, then of a slice once cut. Next, they taste the jelly, before judging the cooking of the pâté and finally marking the overall balance of the recipe. The total score is a maximum of 200 points. 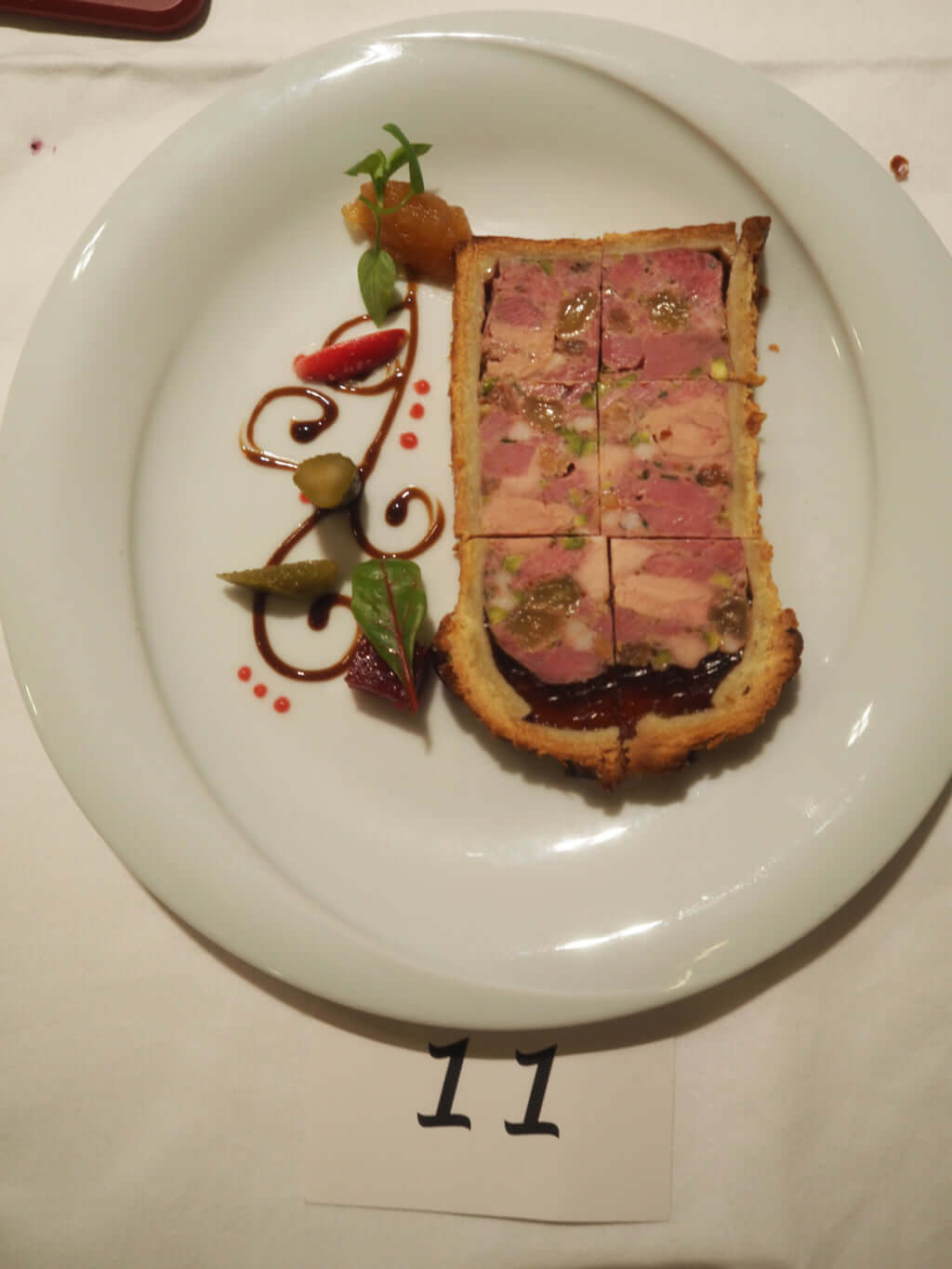 Tsukamoto received a king-size bed worth 3000 euros. The prize for style was awarded to the ‘Squab and duck foie gras pâté-en-croûte’. After having been beaten to the prize by another Japanese chef in 2017 (Chikara Yoshitomi), Osamu Tsukamoto has finally achieved his dream, in yet another feat for Japanese gastronomy. 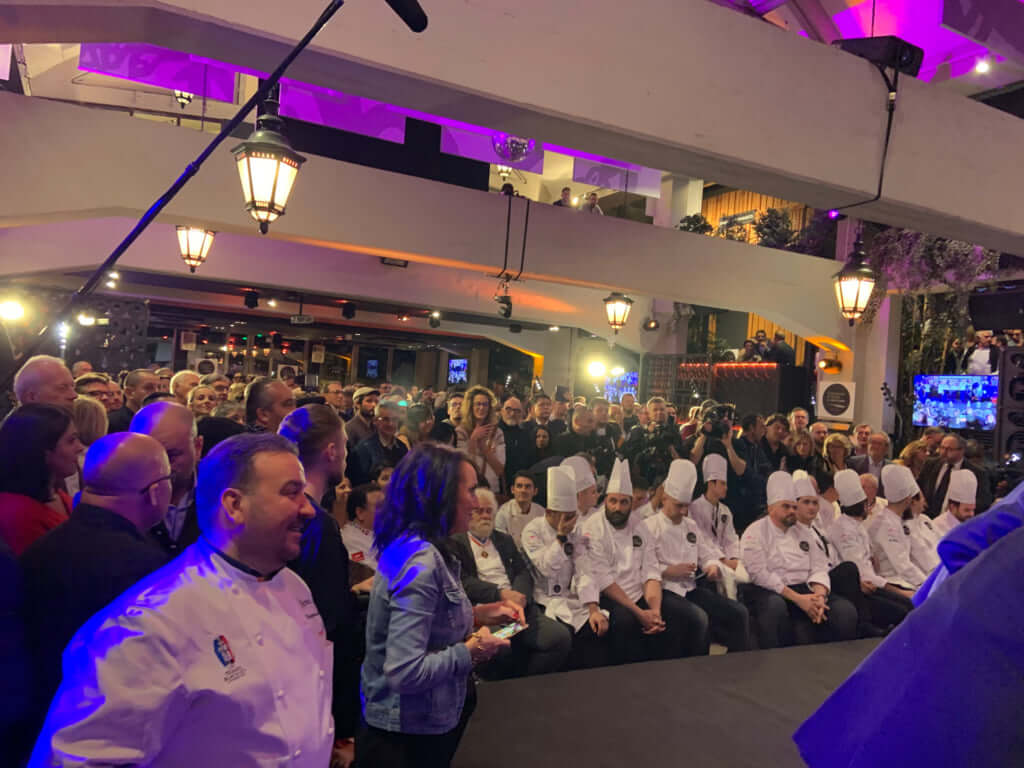 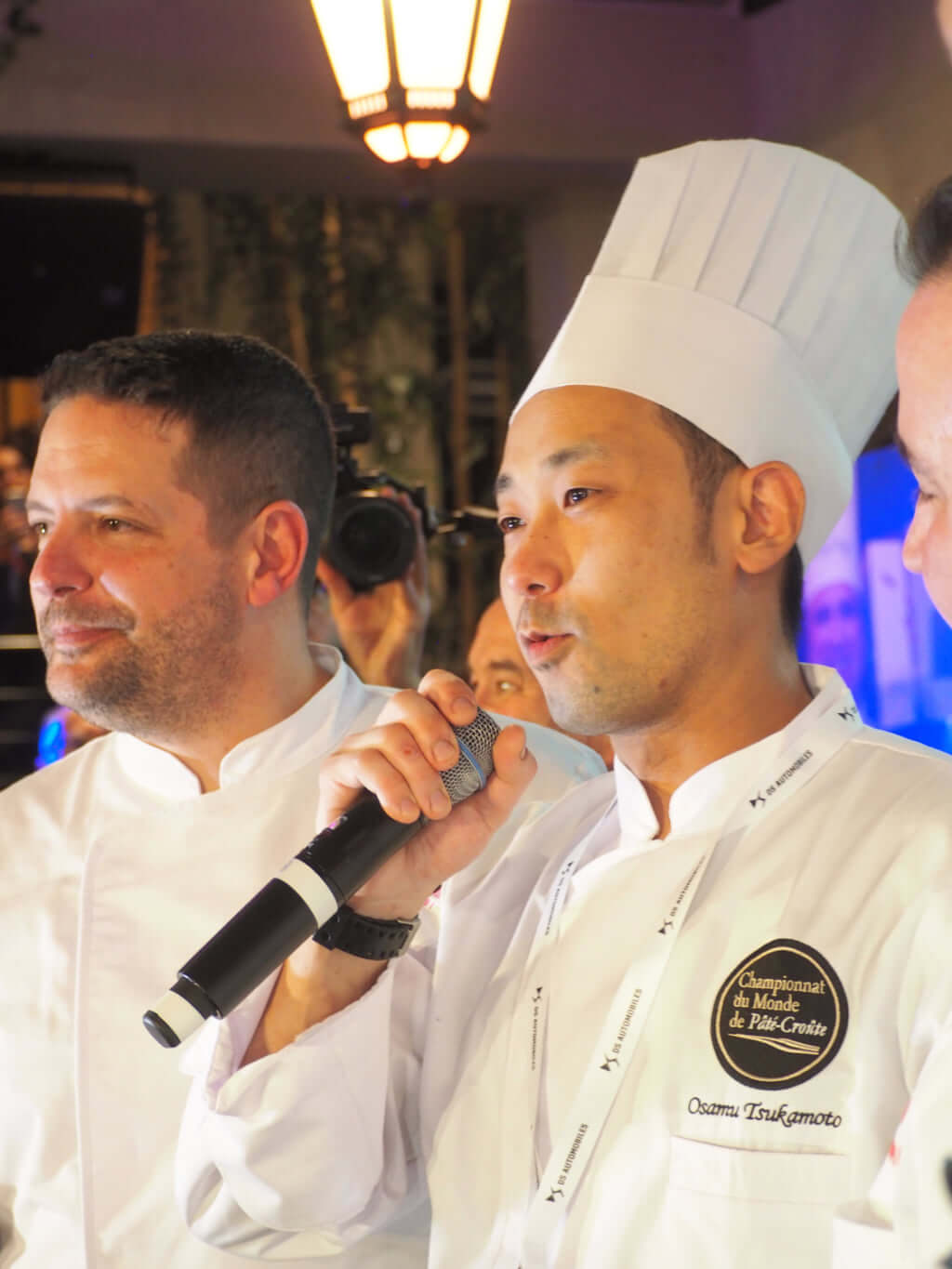 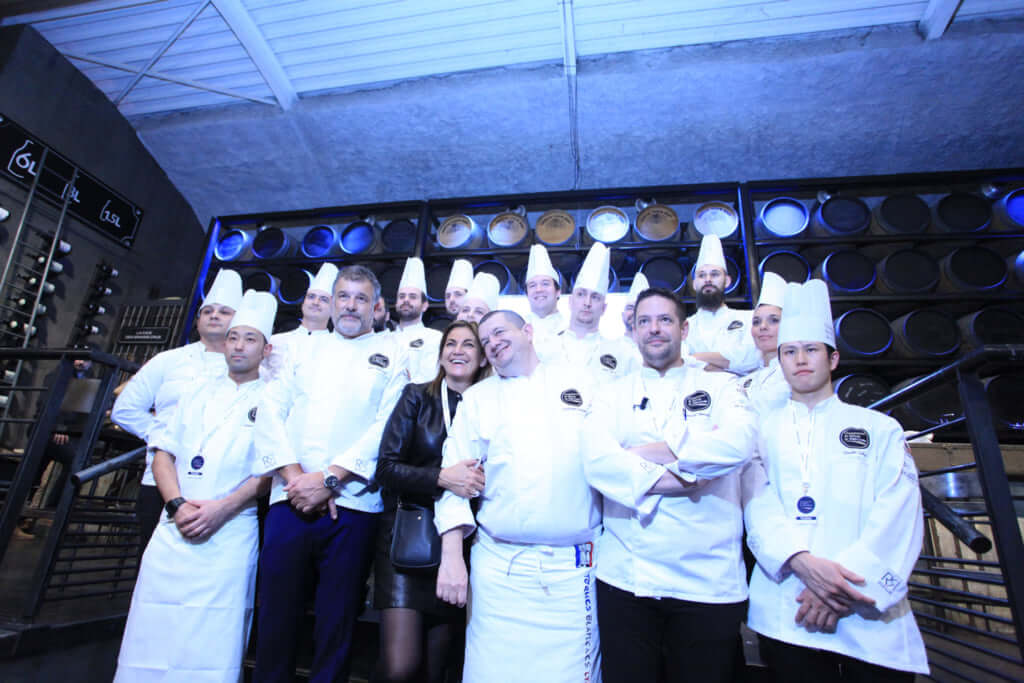