Joël Robuchon, the Most Japanese of French Chefs 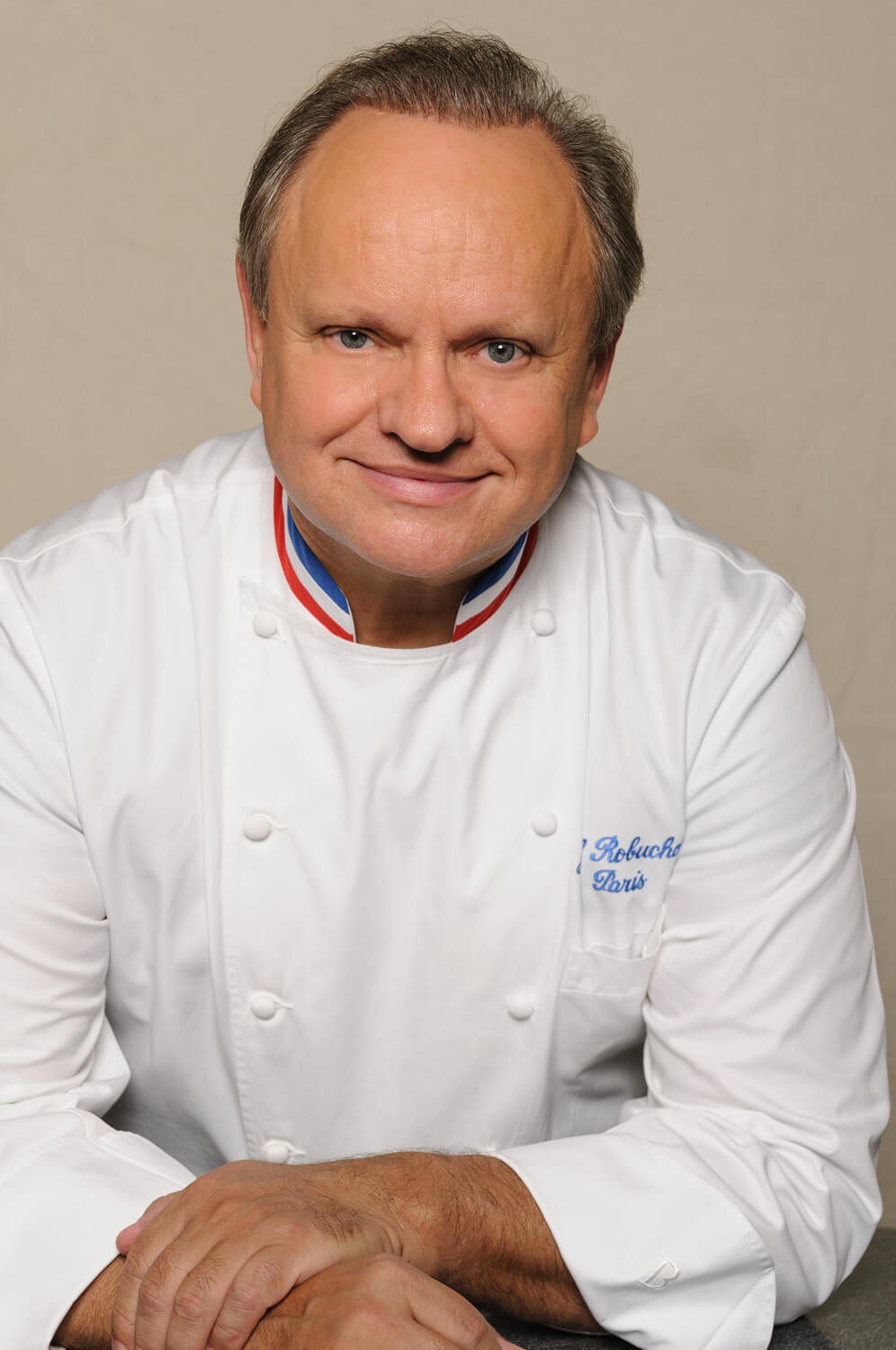 From Ginza to Roppongi, the surname of the most Japanese of French chefs appears in many places in the Japanese capital. Comprising three restaurants and ten other establishments including bakeries, cafes and boutiques, Joël Robuchon’s Japanese empire is huge. It’s an empire that the chef, originally from Poitiers, built over the years as he forged a relationship with Japan. These strong and lasting connections are something that few French chefs, apart from Paul Bocuse, can claim to possess.

It all began in 1976. Robuchon made his first visit to Japan, which was a case of love at first sight, just after he had been named ‘France’s best worker’. He held demonstration dinners and presided over the kitchens of La Belle Epoque restaurant in Tokyo, where the dishes are garnished with spices and condiments otherwise forbidden on Japanese soil. Robuchon managed to sneak them in in his luggage like a smuggler. And it seemed that this love at first sight was mutual. 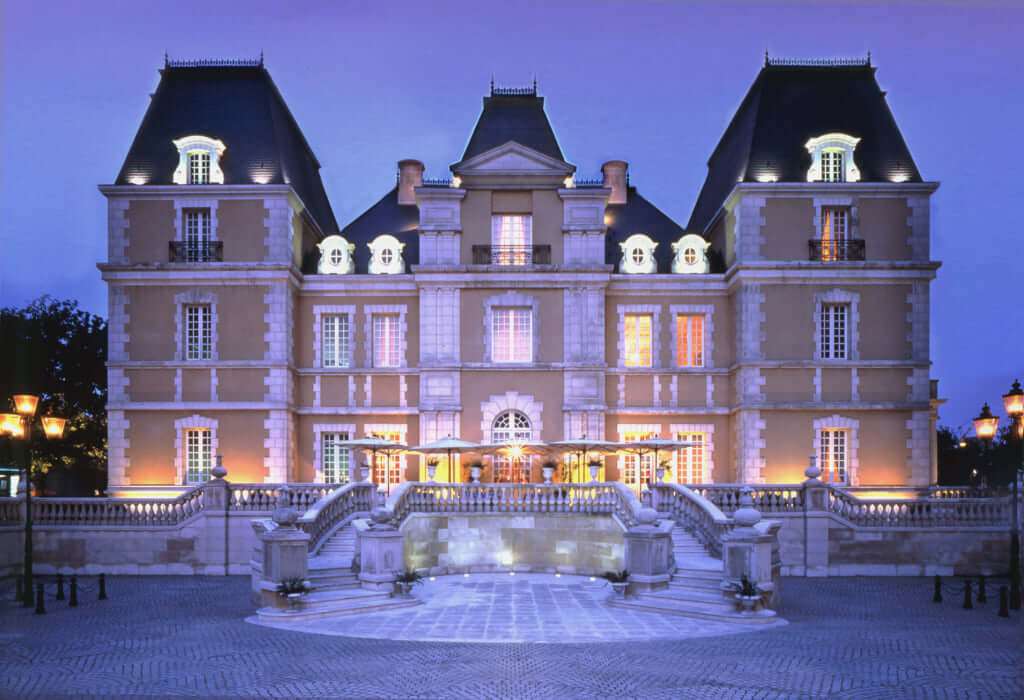 The young chef received his first Michelin star in 1978 while working in the kitchens at the Japanese hotel Nikko in Paris, before opening his first establishment in Paris three years later. It was only in 1989, after being named ‘Chef of the Century’ by Gault Millau, that he opened his first restaurant in Japan, Château Restaurant, which is made up of two establishments, Le restaurant and La table. Located in this building in the heart of Ebisu district, they offer excellent French cuisine prepared by a brigade of Japanese chefs trained in Robuchon’s subtle culinary pairings. This is where Robuchon would go on to secure his first three stars in Asia.

But his greatest success was, without doubt, the opening of the first Atelier Joël Robuchon in Tokyo in 2003. The kitchen opens onto a counter where the diners sit, and recalls Japanese sushi restaurants where diners can admire the confident and steady actions of the chefs while waiting for their meal. This concept is one that the French chef would then apply over and over again: in Paris, New York, Hong Kong, London and Bangkok. 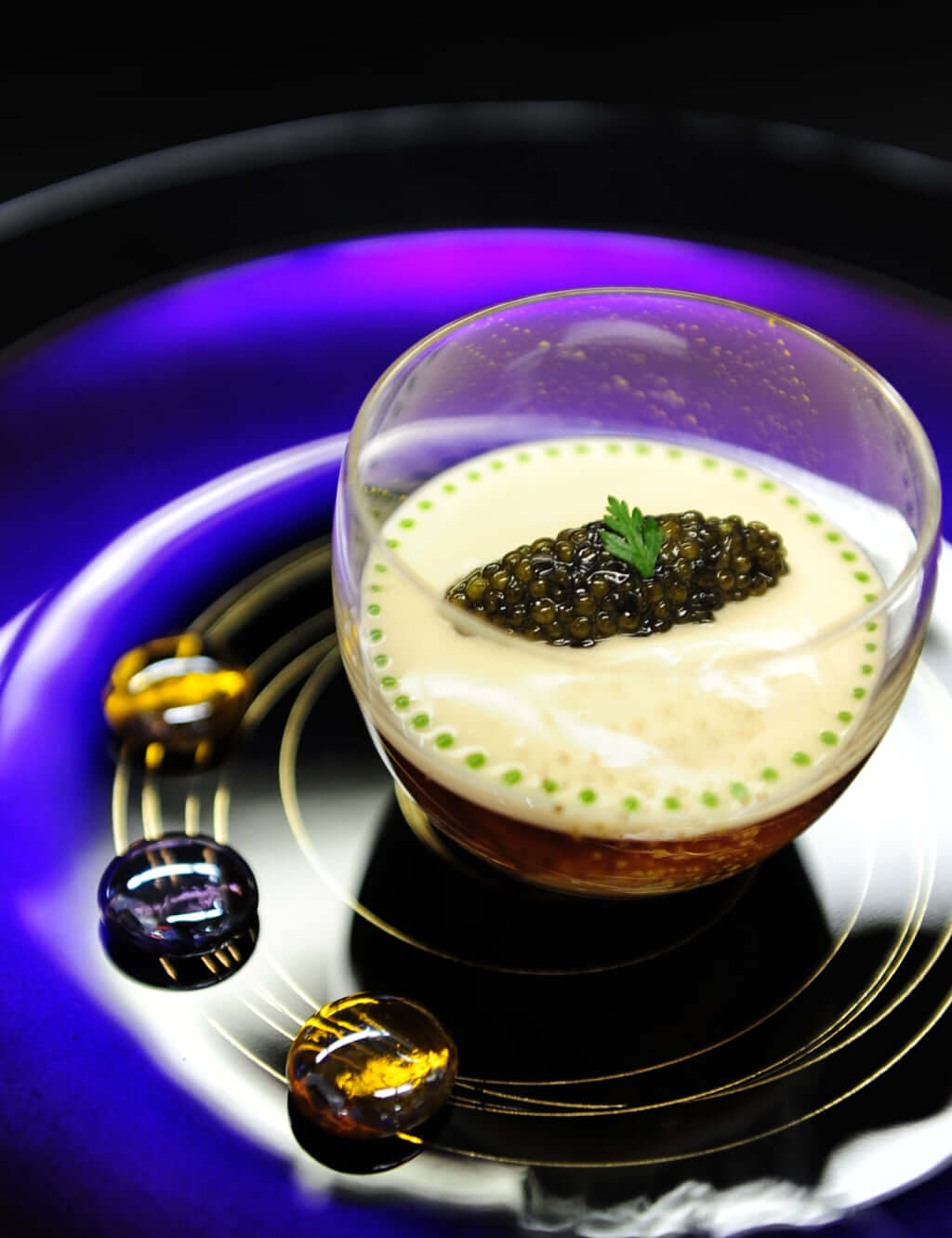 It was therefore a lasting Franco-Japanese love story, certainly thanks to the chef’s love of rigour and the values so dear to the residents of Japan, as he stated in 2015 to the magazine Atabula: ‘I love Japan and its values of respect, consistency in work, and rigour. Rigour that I am sometimes criticised for, in fact… To have lasting success in Japan, you have to have that rigour and that infinite respect for the customer. I recognise myself perfectly in those values’.

The links between Japan and Joël Robuchon are not restricted to the restaurants he opened in the country. The chef’s cooking emphasised the work put into the product and respect for the seasons, two of the main values of Japanese cuisine, and all of the tables in his French restaurants showcase Japanese crockery.

As a final piece of evidence of the importance of this multi-starred chef to the Japanese, in May 2018, a few months before the death of the former, Hiroshi Sakurai, founder of Dassai, a company that produces sake, wished to entrust the creation and cuisine of a restaurant in Paris to him. The establishment is one where French and Japanese dishes are developed to marry perfectly with the different sakes on the menu. 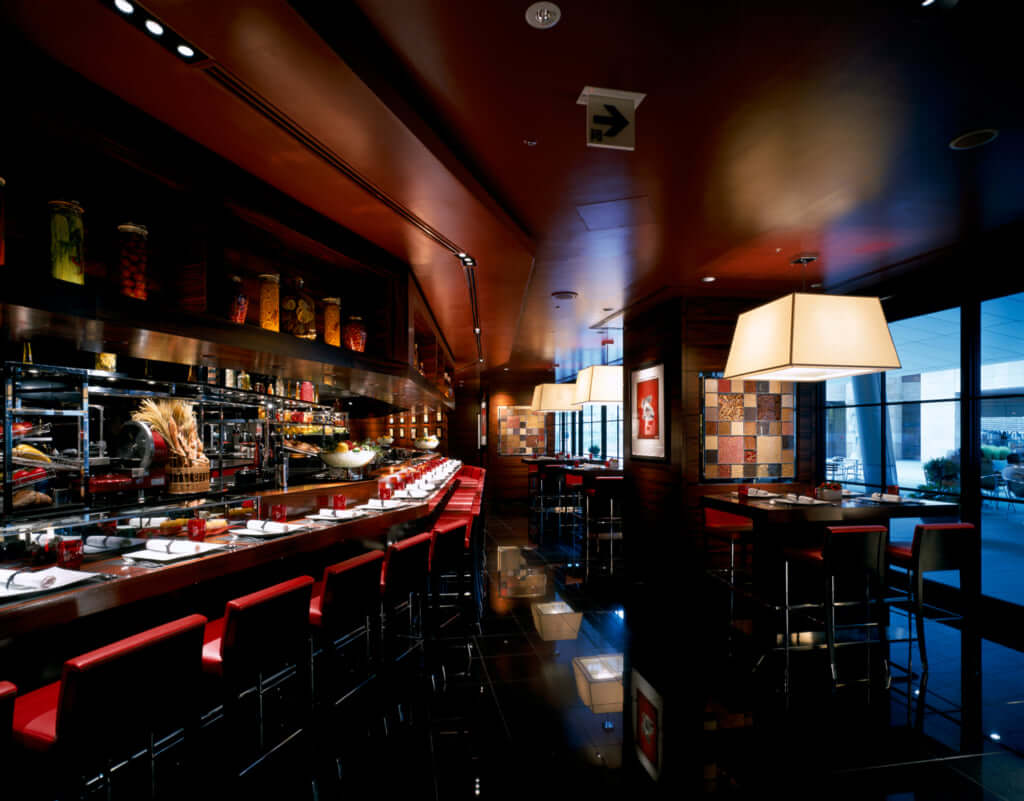 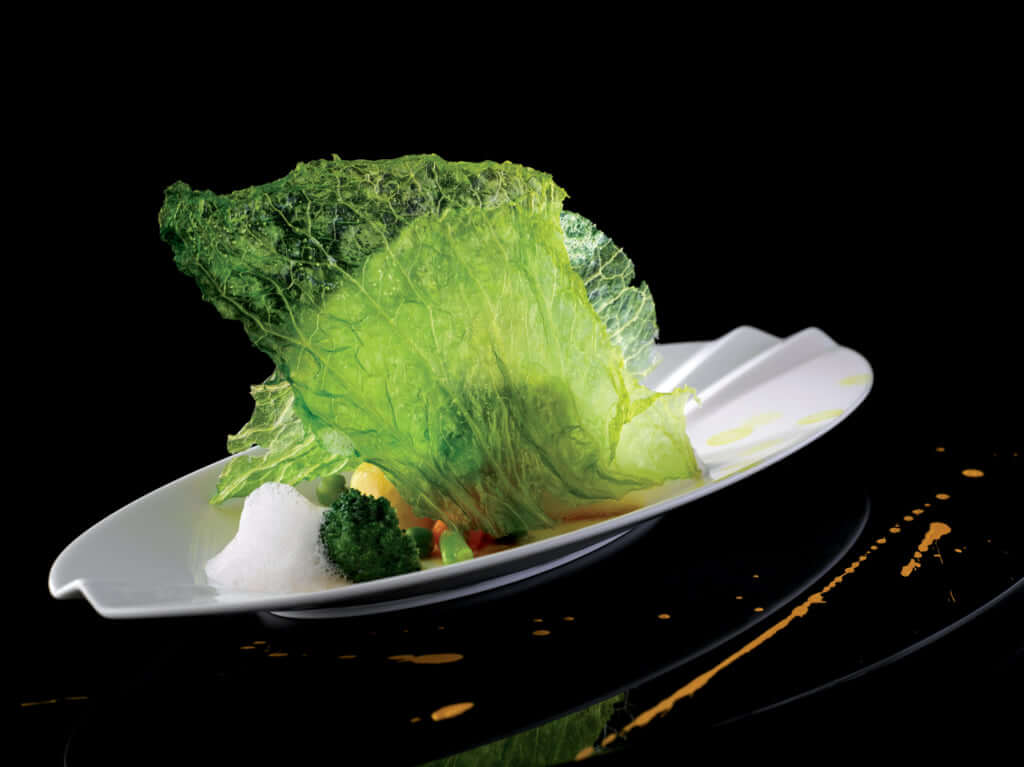 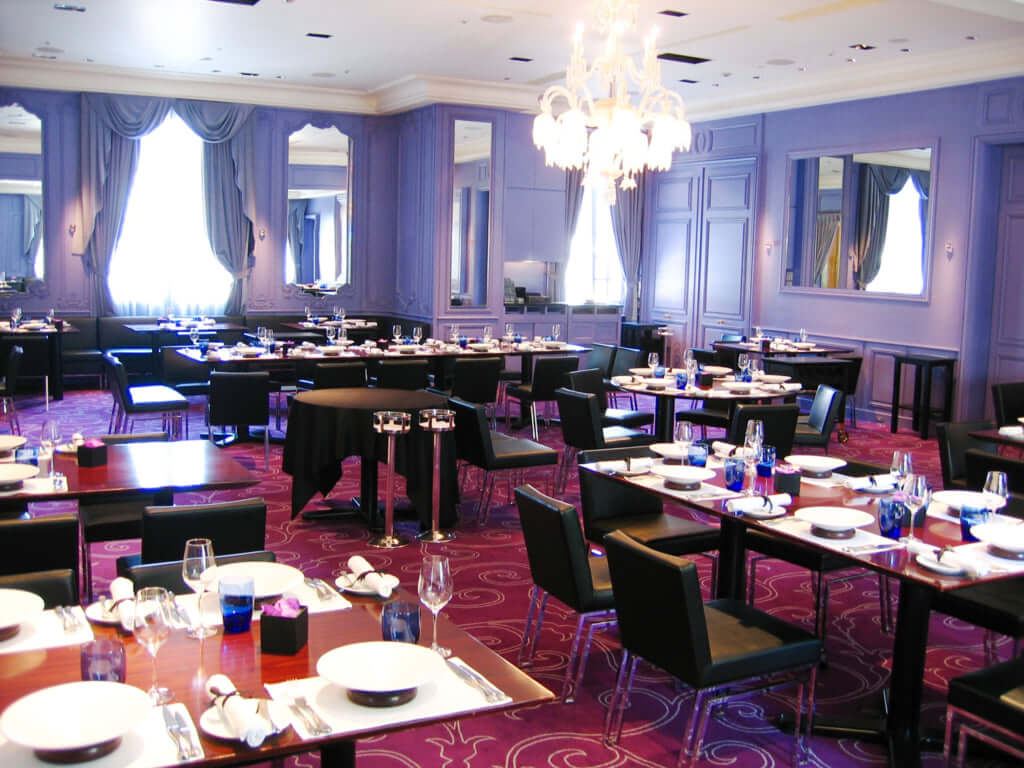 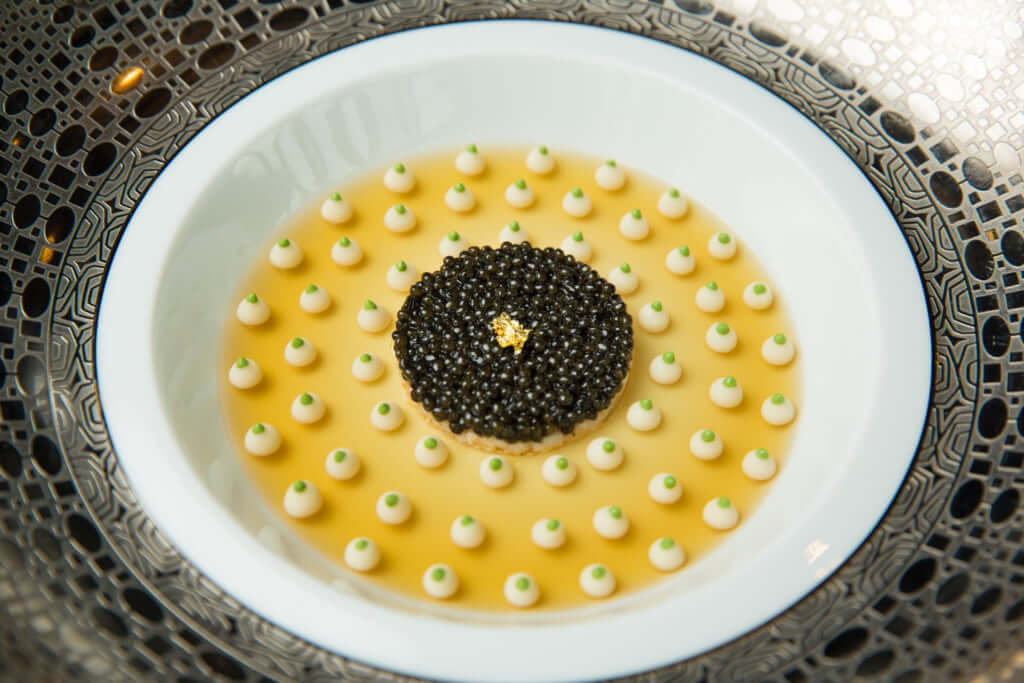