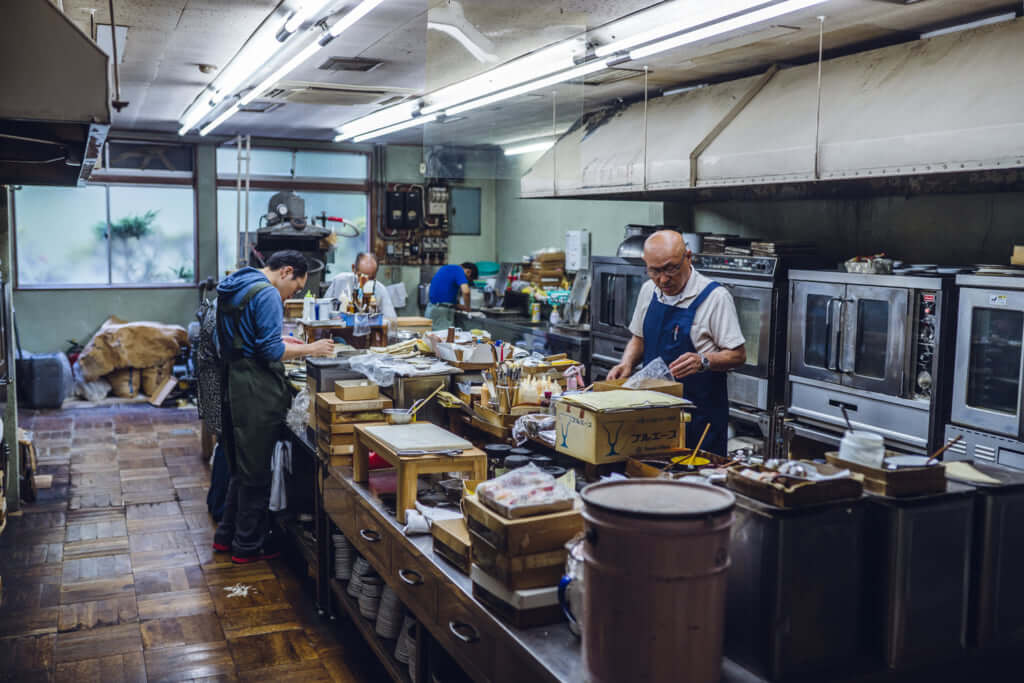 A trip to Japan starts in all likelihood with a meal in a restaurant and surely concludes in the same way, for example around a steaming bowl of ramen. Japanese gastronomy is without doubt one of the most striking discoveries for overseas visitors. Every time you step outside, there’s an irresistible invitation to feed the body but also the eyes, which can’t fail to be attracted by sampuru that are incredibly true to life. From the English ‘sample’, sampuru are food items made from resin and displayed in restaurant windows. Fascinated by the realistic nature of these fake dishes and the remarkable expertise that goes into making them, photographer Irwin Wong went to the Maizuru workshop in north-east Tokyo and revealed to us the secrets of the making of his series, Plastic Food.

What was the trigger for you to make the Plastic Food series?

The art of sampuru is one of the many things that impress visitors to Japan, and I was always very interested in the making process after seeing many sampuru in restaurant windows. Luckily for me, the Australian magazine The Smith Journal commissioned me to capture the atmosphere in the Maizuru manufacturing workshop. 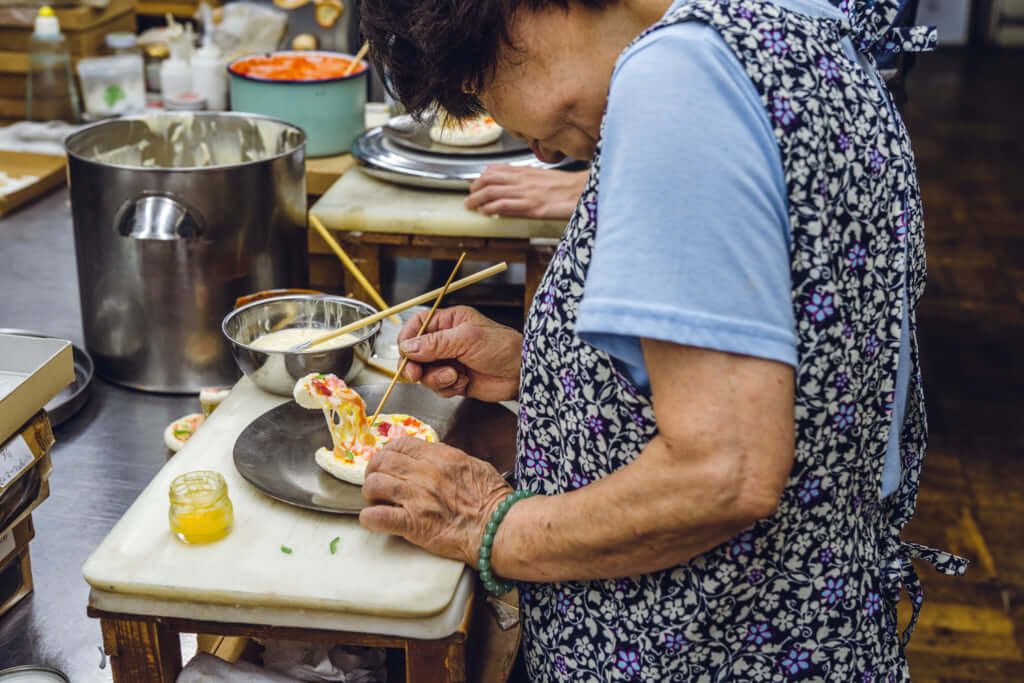 So what can you tell us about the atmosphere in the workshop?

It was very quiet and clearly the workers were extremely deep in concentration, but they took the time to explain all the steps involved in creating a sampuru, and did so with obvious pride.

What impressed you the most while you were putting together this photographic report?

Everything at Maizuru is 100% hand crafted; even each grain of rice is crafted from a single unique mould based off a real-life grain. I observed, captivated, one artisan whose entire job is to sort good rice grains from the bad grains individually. I was stunned by the attention to detail adhered to for each culinary creation. It’s a real work of craftsmanship!

Could you describe one image from your Plastic Food series?

This photo inspires me hugely because of the countless boxes of samples of almost every kind of food you can imagine. Each item in each box is unique and forms part of an archive, used as a reference to make future pieces. I also think this reference is an implicit display of the company’s history and success. 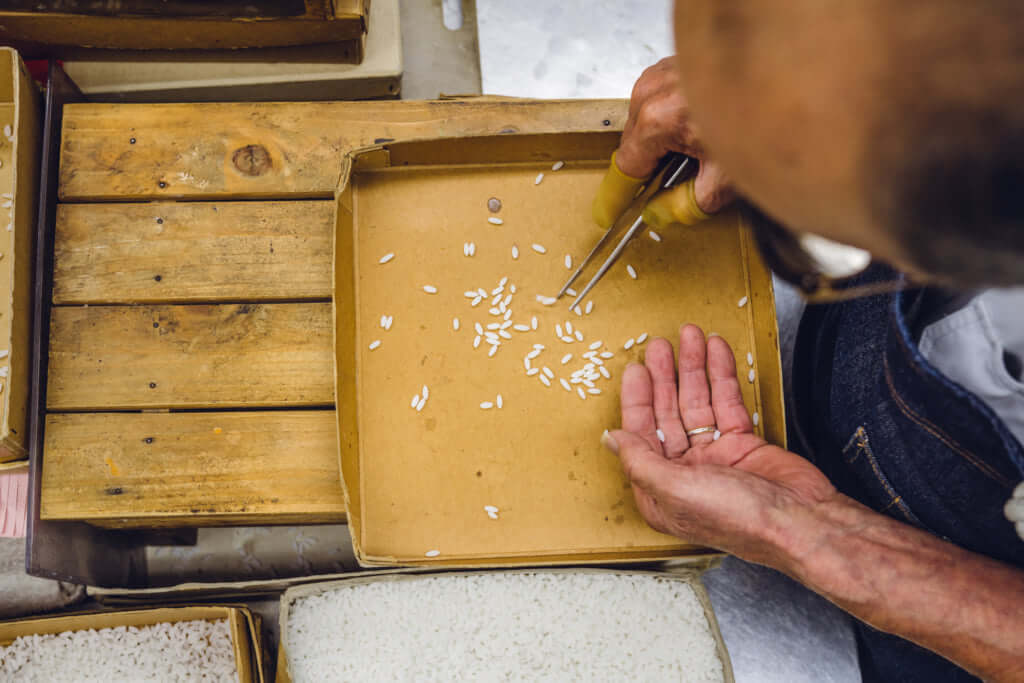 What do you think of Japanese crafts?

To me, Japanese crafts and craftsmanship are an irreplaceable treasure of mankind of which the artisans are the direct representatives, owing to their humility and their desire to share their unique expertise. My latest series showcases artisans from over sixty different workshops across Japan which I took the time to visit. All the photographs are compiled in the book Handmade in Japan, which will be published later this year.

What other subjects arouse your curiosity as a photographer?

Japan has an abundance of interesting subjects, which makes it difficult to examine just one theme. I’d really like to photograph practitioners of traditional dance here, but for the time being I’m profiling workers in Japan’s sex industry. However, I will always have a great love for traditional crafts and hope to be able to continue documenting their world well into the future. 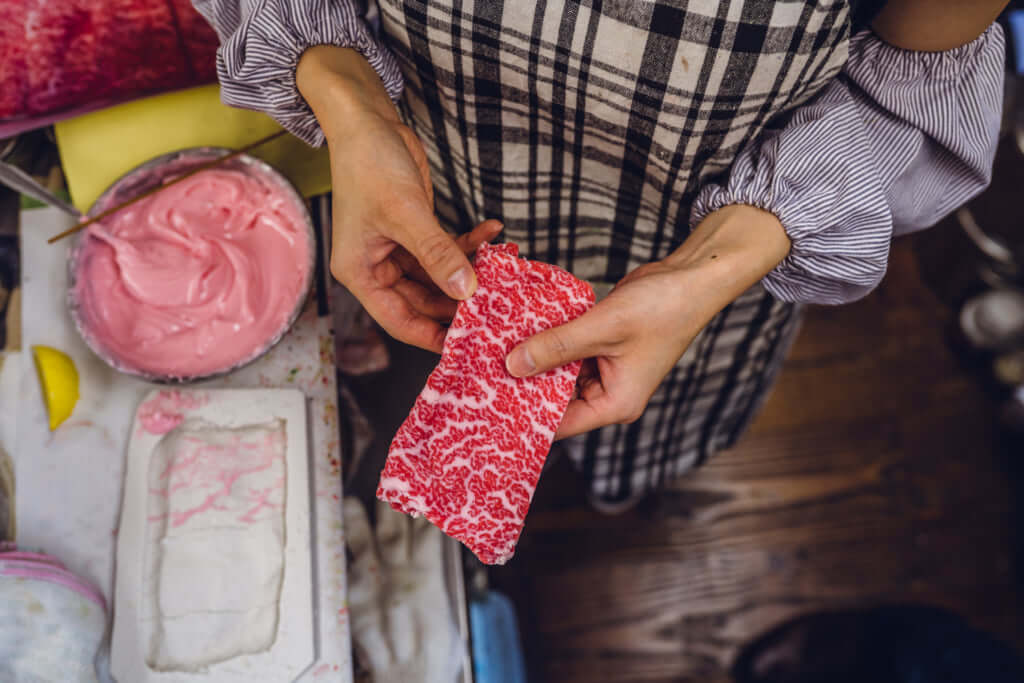 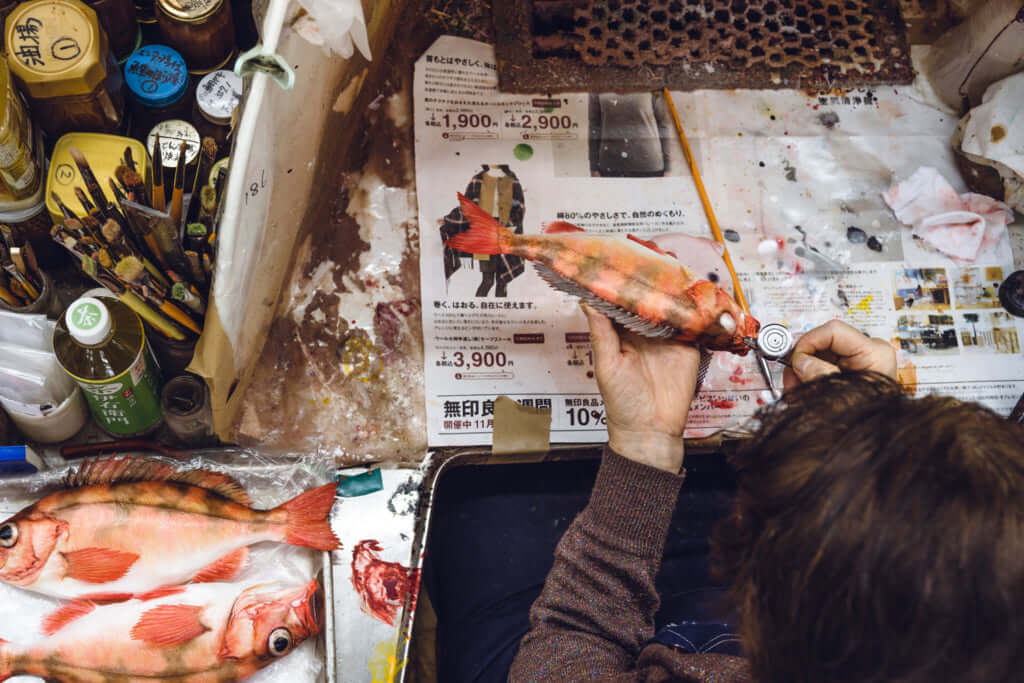 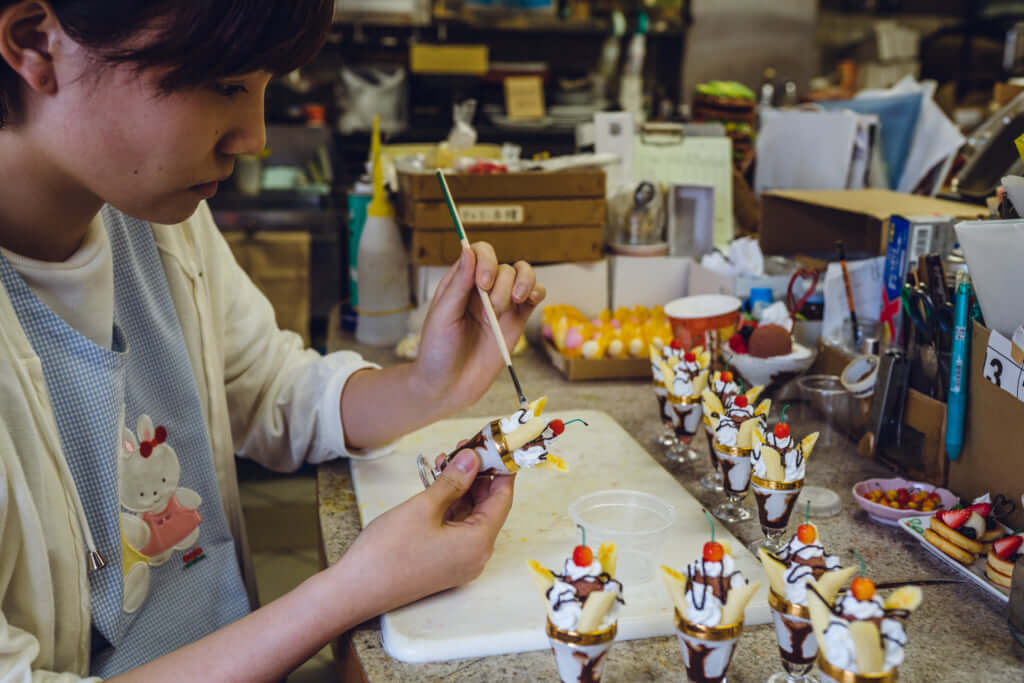 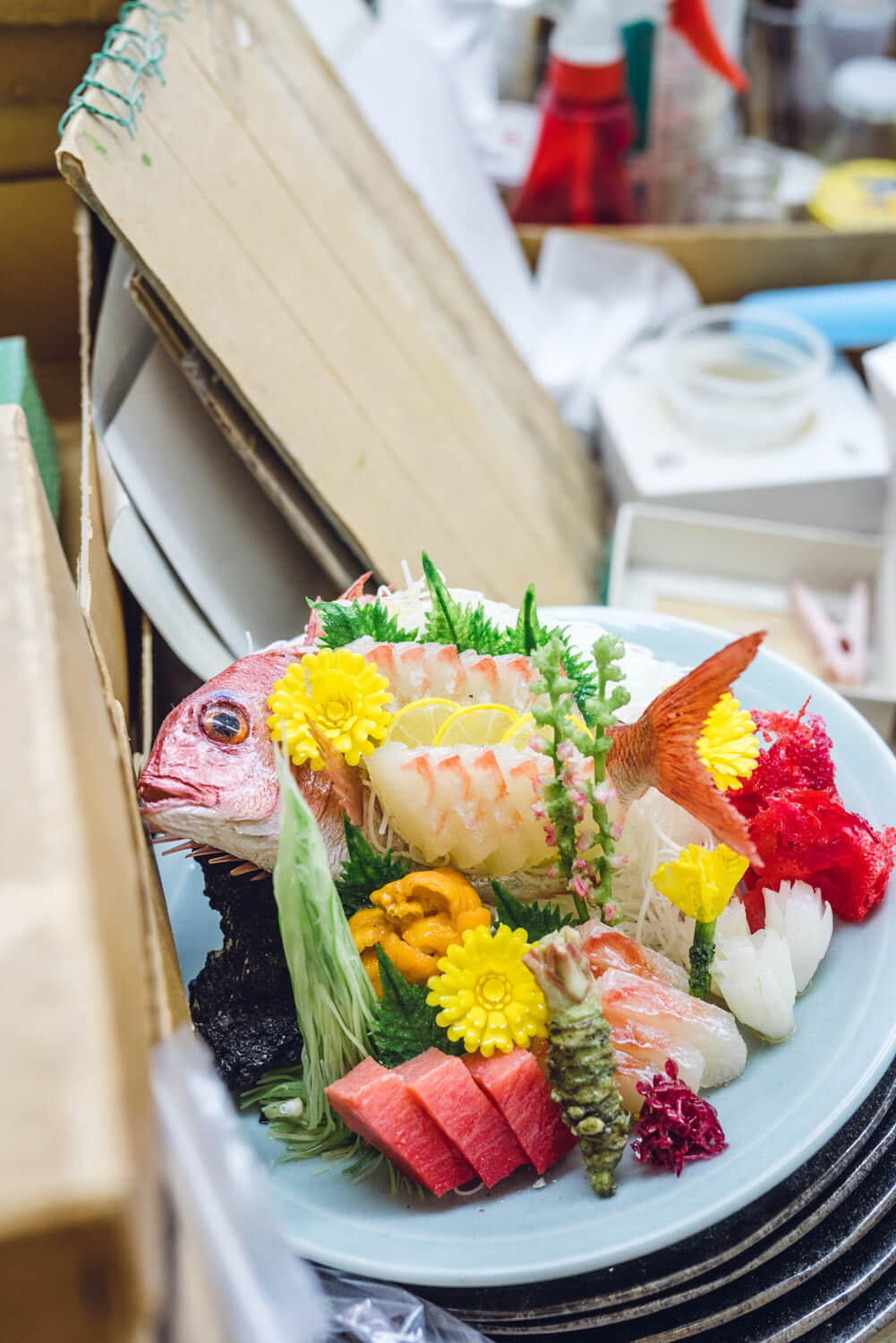 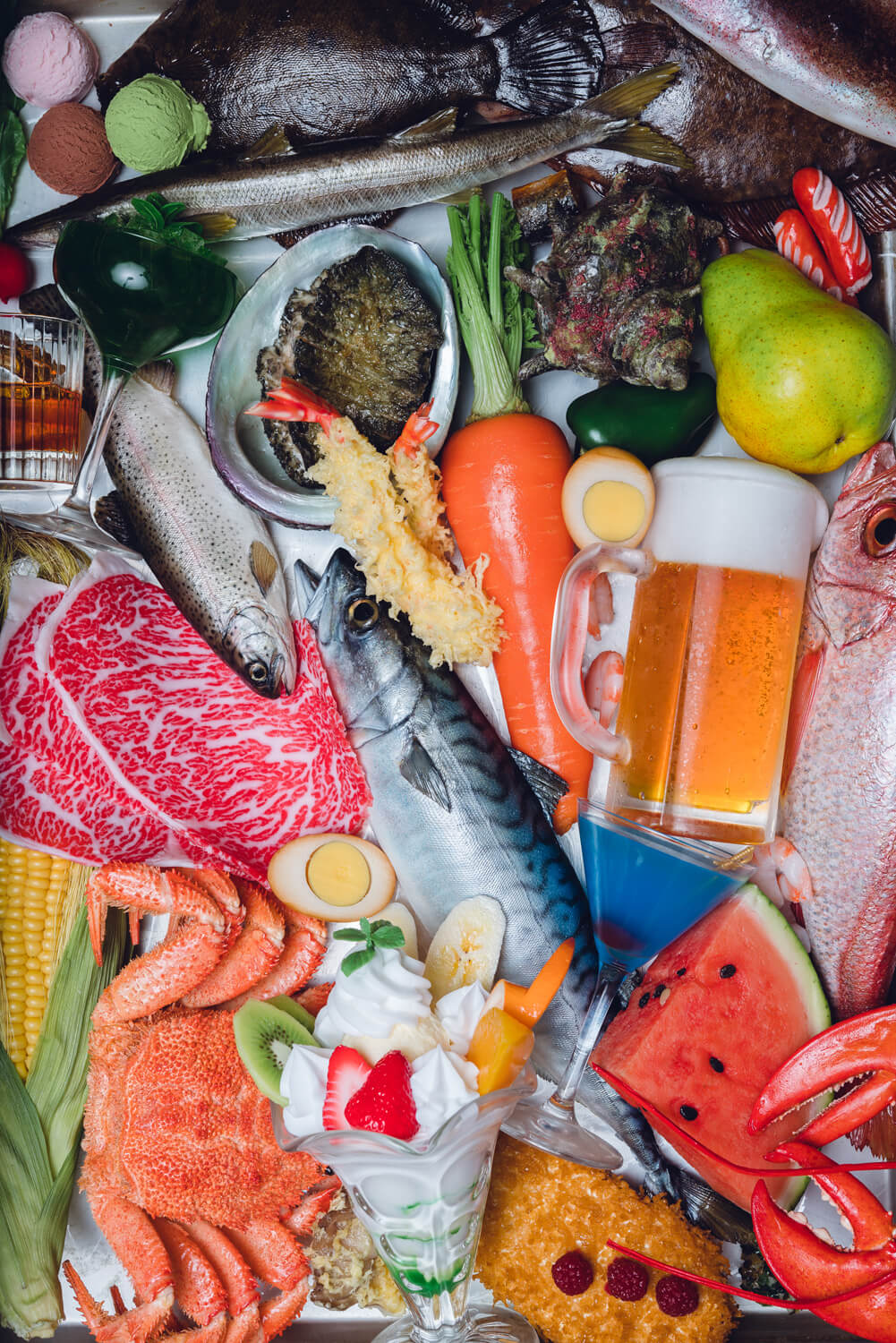