Sampuru, the Art of Plastic Food

Placed in restaurant windows, this item made of plastic, silicone, or resin perfectly imitates bowls of ramen, sushi, yakitori, or even beers. 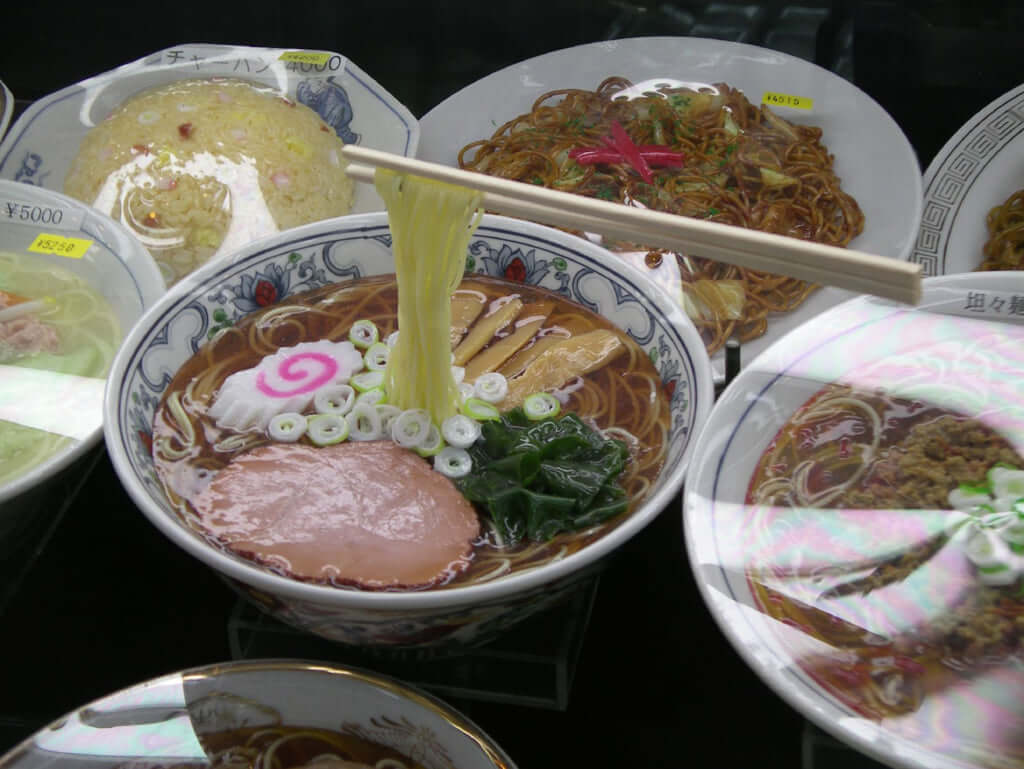 During a trip to Japan, these are just one of the little everyday details that will surprise travellers. Placed in shop display cases or in restaurant windows, sampuru are everywhere. Sampuru are plastic, silicone, or resin objects that perfectly imitate a bowl of ramen, sushi, yakitori, or even a beer. Often they are a real blessing for foreigners who can’t speak a word of Japanese.

‘When you look at them, it’s like tasting a dish for the first time’, explains Yasunobu Nose, journalist and author of the book Japanese People Eat With Their Eyes, which details these culinary artworks.

From medicine to fine dining

Sampuru, derived from the English ‘sample’, come from the Japanese mountains. Initially, this reproduction technique was developed by doctors who needed models of organs for pathology studies, the reader discovers in Yasunobu Nose’s book. In the 1920s, however, a restaurant owner called upon the craftsman who made these models to reproduce the food served in his establishment.

The production of these pieces, which were wax models at the time, exploded in the 1940s for two possible reasons. Some believe that restaurants displayed these fake dishes in their windows to facilitate the ordering process for European and American workers who were in Japan rebuilding the country following the war. Others attribute it to the new range of dishes in restaurants, which allowed Japanese diners the chance to discover new meals before trying them.

A long tradition of craftsmanship

While certain establishments have since given in to industrialisation in order to increase their production volume, there are still a number of studios in Japan where specialised artisans make and decorate sampuru by hand. This skill hypnotised filmmaker Wim Wenders, who featured sampuru in the seventh section of his film Tokyo Ga, released in 1985.

These studios make the majority of replica dishes and food items to order, normally working from a photo sent by the restaurant owner. The price of the artificial food is often far higher than the real thing made in a kitchen.

To take a closer look, head to Asakusa district in Tokyo, particularly Kappabashi-dori Street. There is a huge head of an Italian chef perched atop a building that’s impossible to miss, wearing a white chef’s hat, with his eyebrows raised and a thick moustache, marking the start of the street.

Between shops for cooking utensils you’ll find stores selling hundreds of these fake dishes, available as practical little souvenirs to take home in your suitcase. Maki, udon, and okonomiyaki take the form of keyrings and magnets. This evolution is necessary for the studios; with silicone and resin being virtually imperishable, restaurant owners no longer need to renew their stock of sampuru as frequently as before.

More information on the shops selling sampuru in Tokyo is available on the Kappabashi-dori official website. 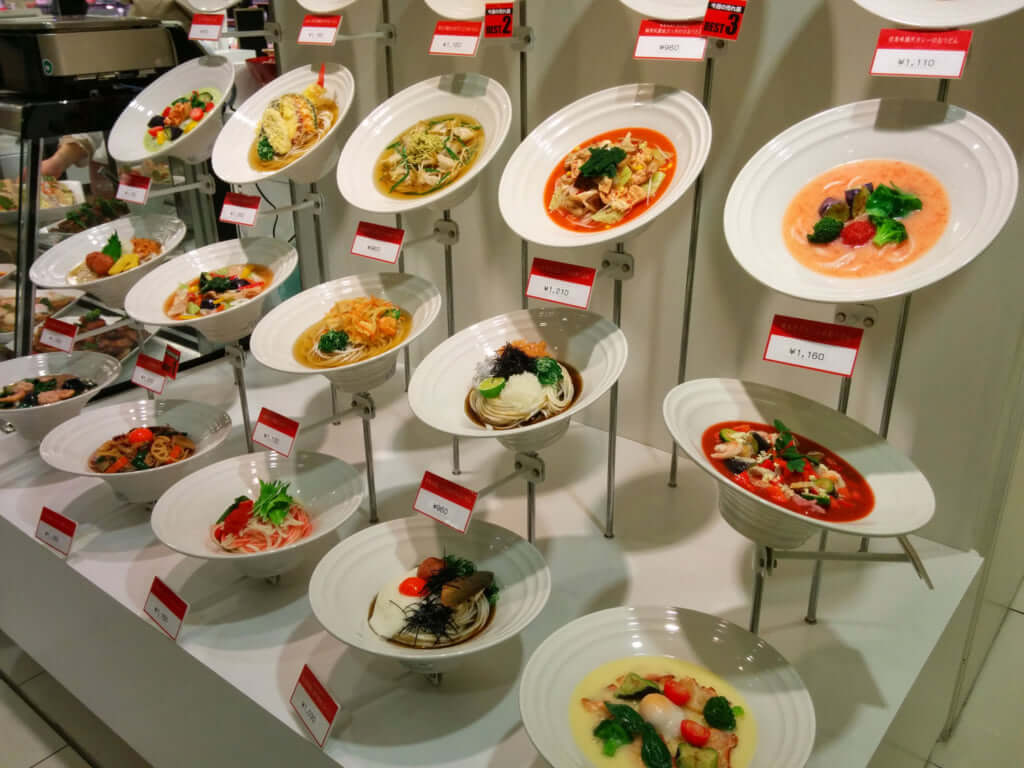 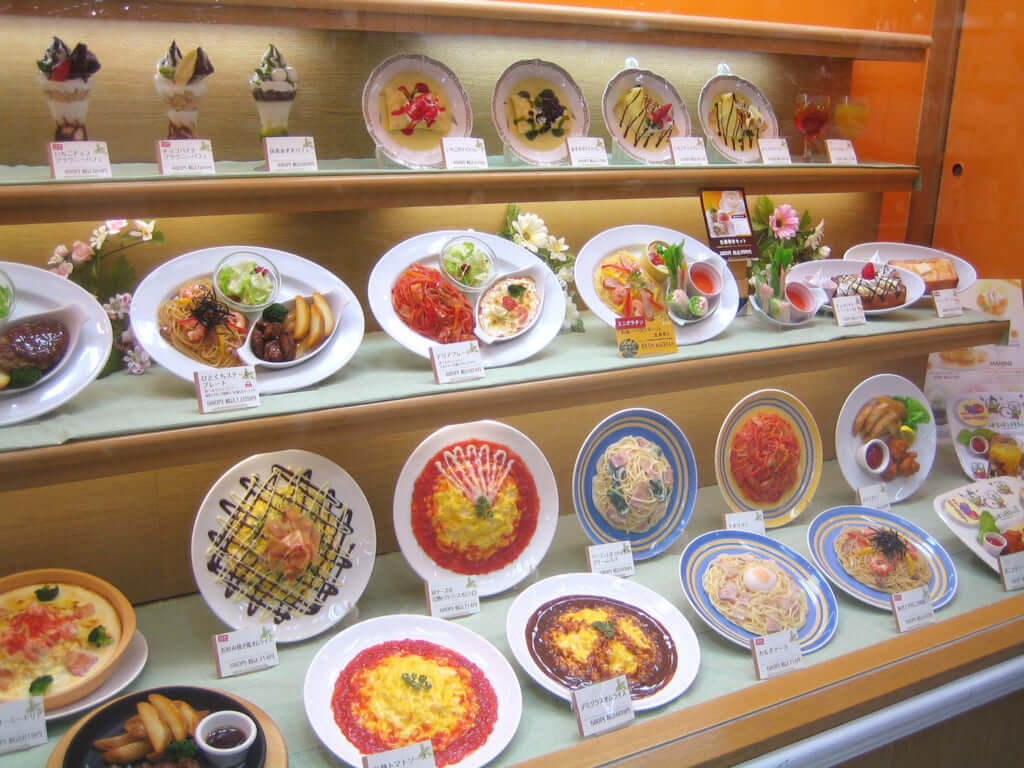